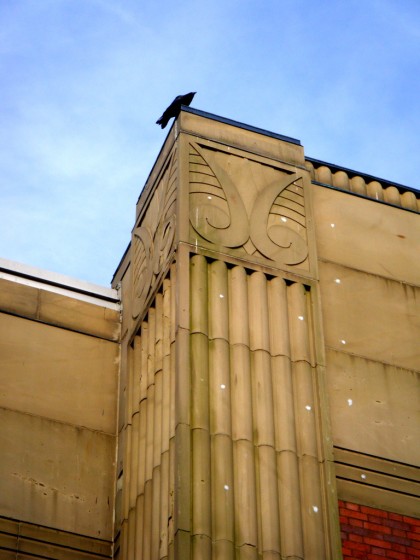 There has been lots of talk about the demolition of St Pat’s High School. The building has been empty for some time and the main entrance on Quinpool Road lost its sandstone cladding so long ago I’ll bet you can’t really remember what it looked like. With this post I just wanted to encourage you to pause and look at the building for a moment before it goes.  Years from now when some new development is on the site you will have a story to tell.

St Pat’s was opened in 1954 and at that moment was, apparently, the largest school in Canada. It was for Catholic children, and boys and girls were taught separately (girls in the east wing and boys in the west). I went to QEH (with all the kids who were not Catholic) and as a consequence know nothing about St Pat’s .

In the last couple of years I have paid more attention to the facade of the auditorium entrance on Windsor Street. Red brick contrasts nicely with the sandstone  and the fluted pilasters suggest  classical fluted columns. 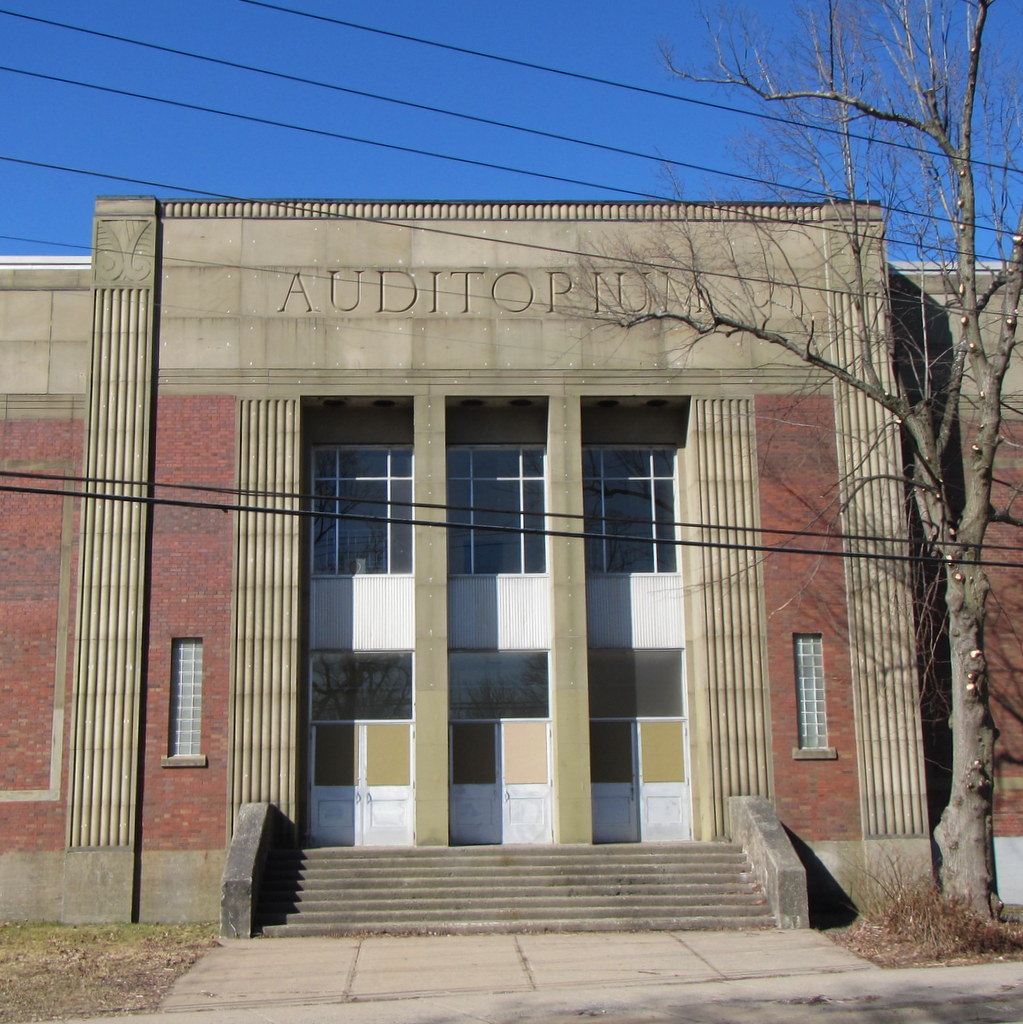 Do you think that the decorative blocks at the tops of the corner pilasters are deconstructed Ionic capitals?  The typography for “AUDITORIUM” is particularly refined (glad to see a standard U and not a V as is often used in fancy architectural lettering in stone). 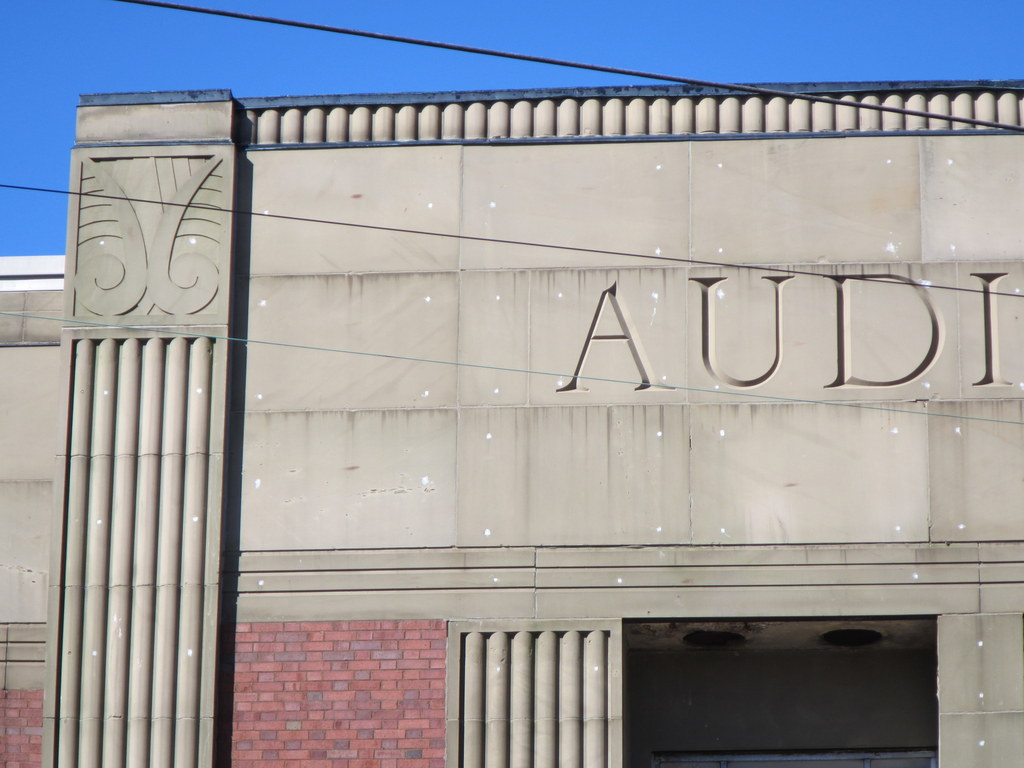 It would be nice to believe there are plans to save some of these decorative elements . What do you bet? 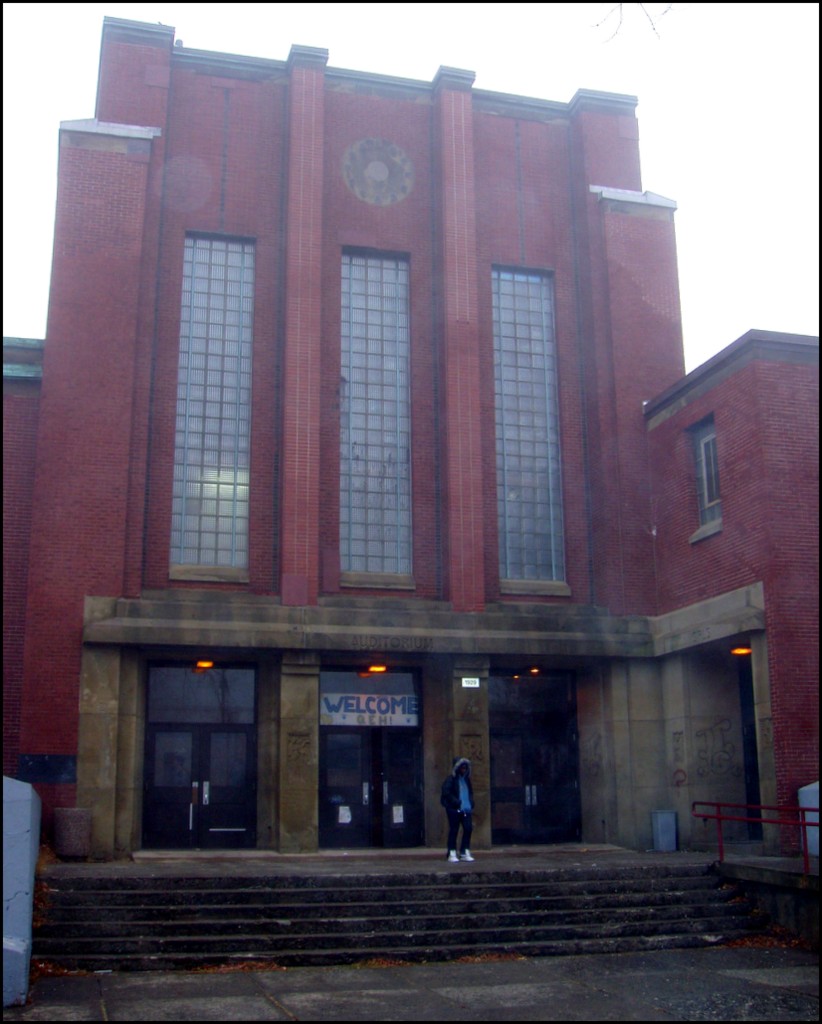 I recently learned that the Catholic kids would be marched down to St Thomas Aquinas Church on Oxford Street for confession. Naughty Protestant boys would throw snowballs at the Catholics who could not fire back unless they wanted to confess the sin of snowball throwing.