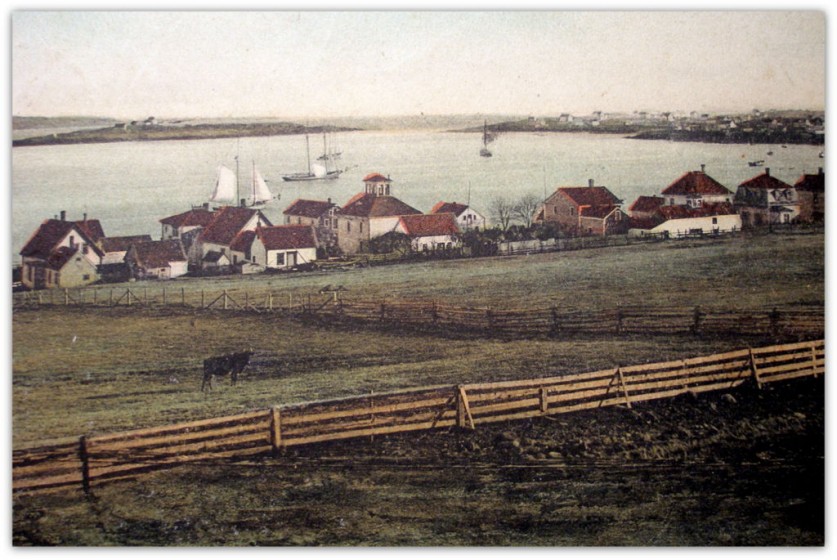 On the afternoon of Canada Day there was a small, 3.6-magnitude earthquake off Brier Island at the end of Digby Neck. In a Chronicle Herald story  a seismologist with Natural Resources Canada said “minor earthquakes aren’t uncommon in the area”.  This made me remember that my grandmother had mentioned an earthquake  when she was a young child in the area.

Mary Davis was born in Westport, Brier Island in 1867 (the same birth year as Canada).  In 1937 she wrote a series of letters to her first grand daughter recounting stories from her childhood.  She mentions:

In winter we had sleds and I remember hearing the folks talk about a big earthquake.  I told Charlie [her cousin Charlie Bower] “let’s have an earthquake,” so we banged up all the shell ice in the ditch and called it an earthquake and loaded the big pieces on our sleds.”

This is what Mary looked like about the time she was making earthquakes in the ditch: 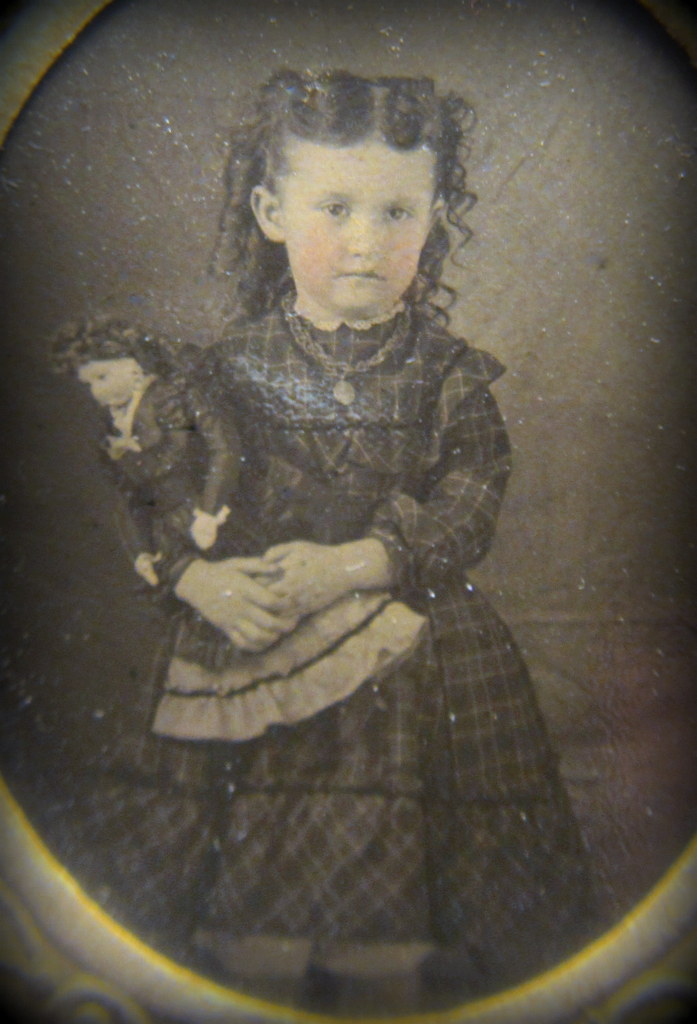 And this is her grandparents’ shop and house, where she lived. 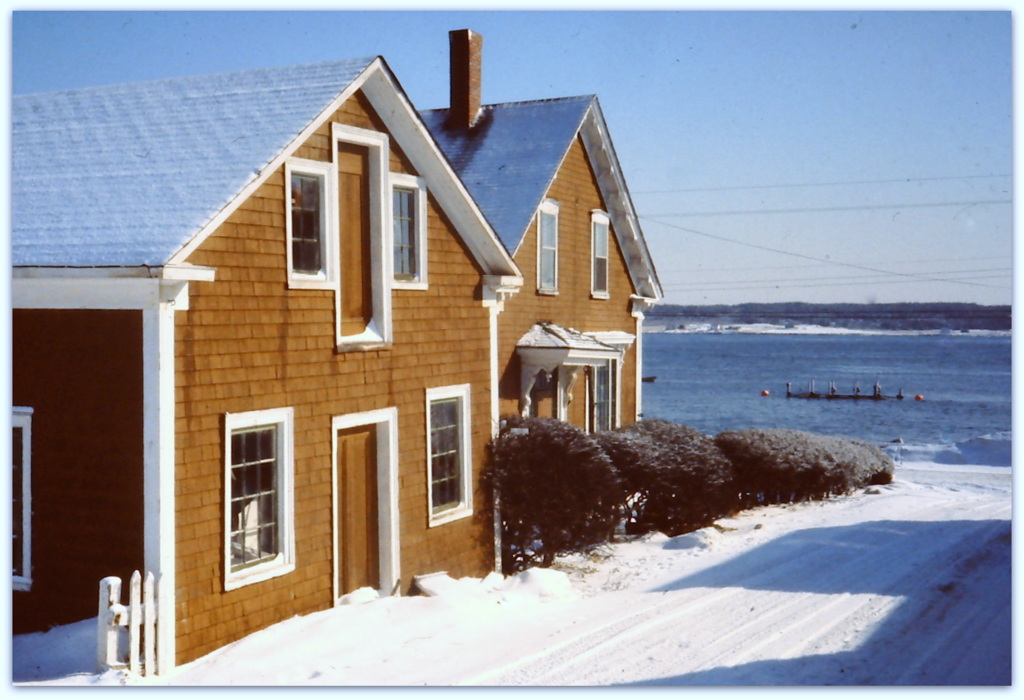 She might have been referring to  a 5.7 magnitude earthquake in the  Passamaquoddy Bay area on October 22, 1869. It was strong enough to damage chimneys across the bay in Saint John.

While I’m at it, let me unpack the photo of Mary Beatrice a little more. She was living with her grandparents because her father was the captain of  a large Yarmouth sailing vessel and her mother accompanied him on voyages. The story in our family is, her parents were away so long that little Mary was uncertain about who these people were when they returned.  But they had brought her a fancy French, porcelain headed doll, so she decided they must be OK.

In the photo she is holding that  doll, named Luella.  The doll  has lost her nice clothes but Luella is still around with her beautifully stitched, kid body (knees!). 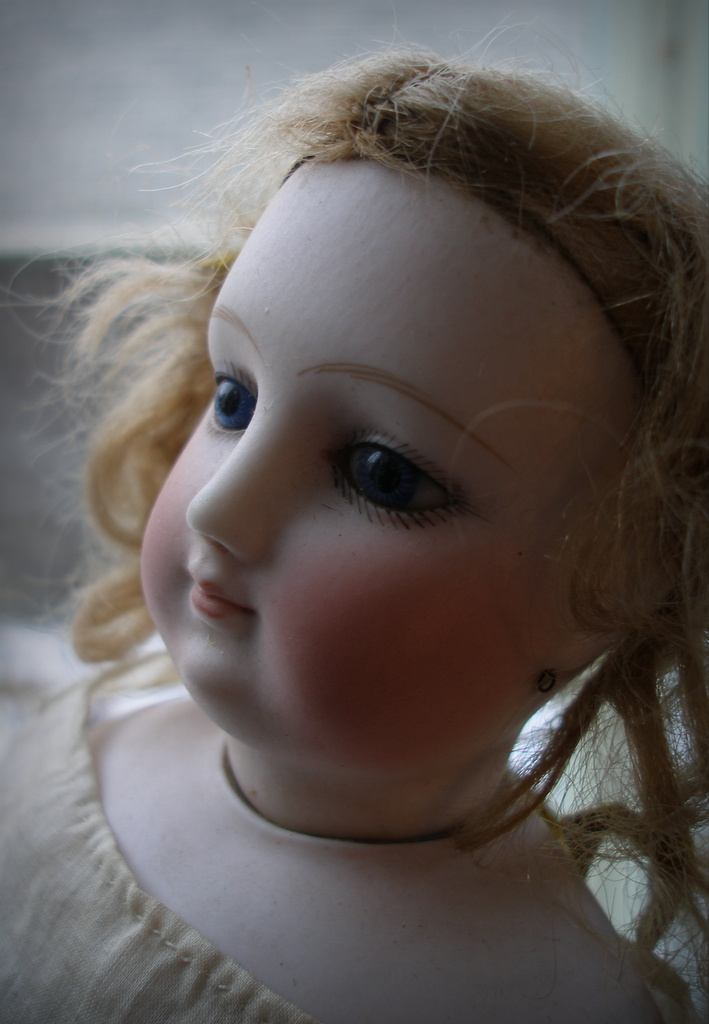 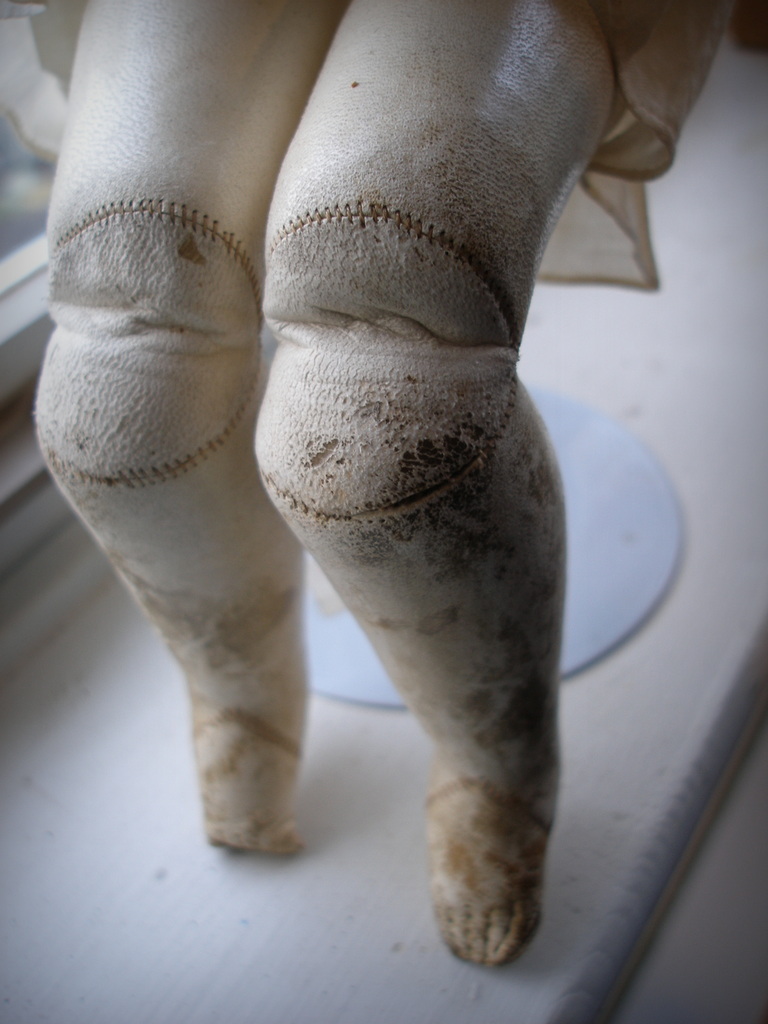 I don’t know the colour of the plaid dress grandma is wearing, but there is a family log cabin pattern quilt from that time that shows textiles the family had around. 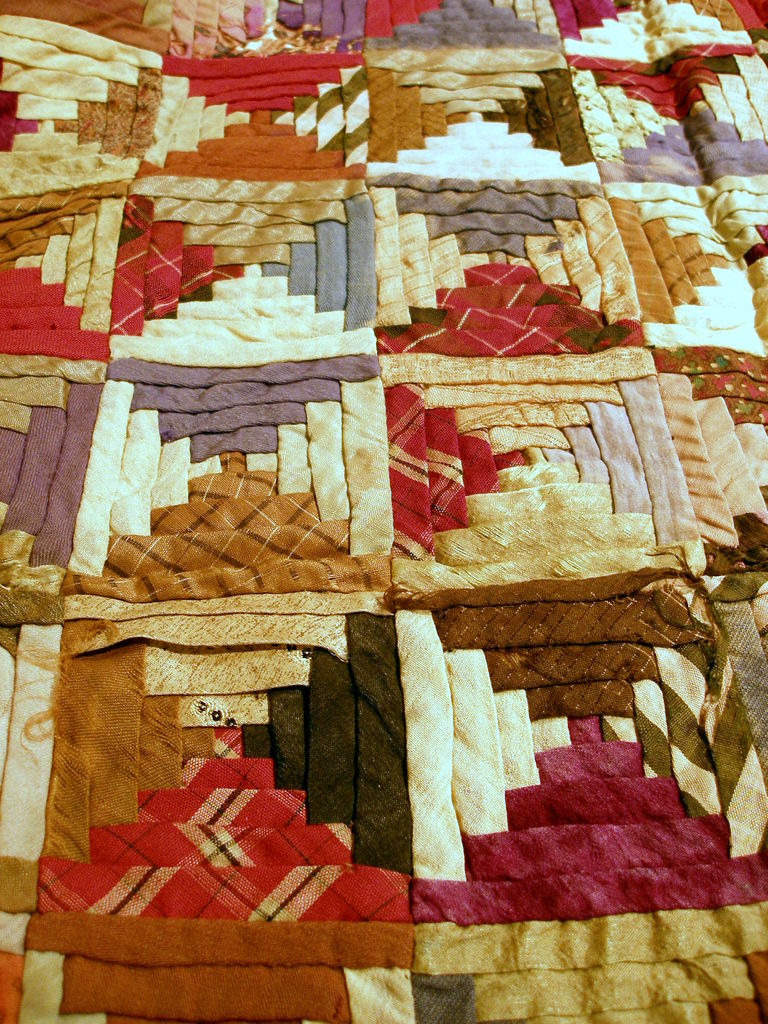 And finally a photo of the widow Mary Beatrice  Armstrong beside her house in Bridgetown.  This would have been how she looked while writing tiny memories, like ice in ditches, from her childhood (notice the cat?). 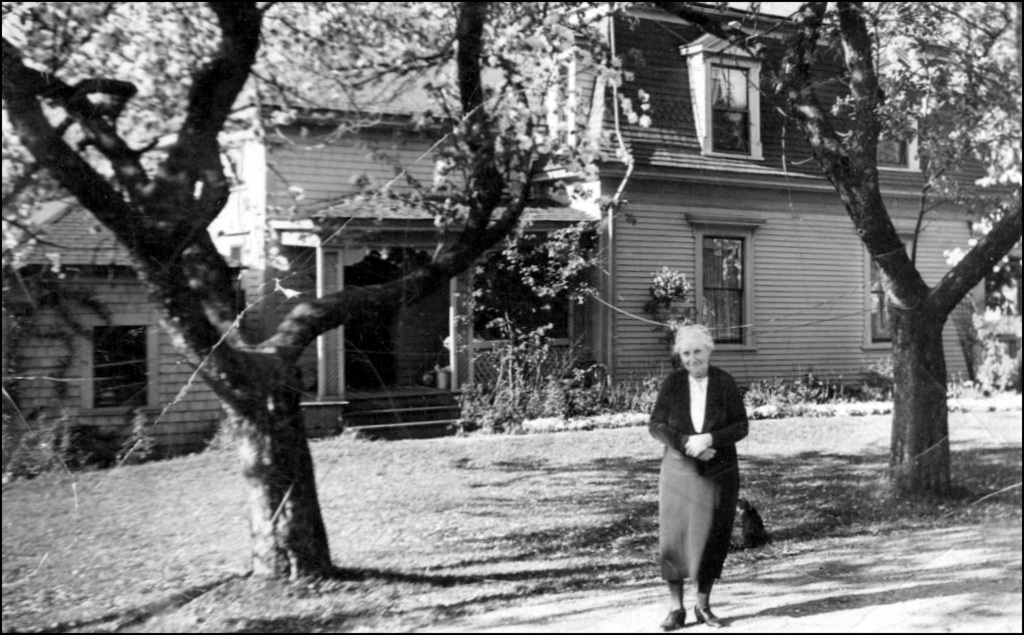 She met me but died before my memory booted up.  The written memories of her youth bring her to life; could that be a reason I enjoy curating my life in this blog?