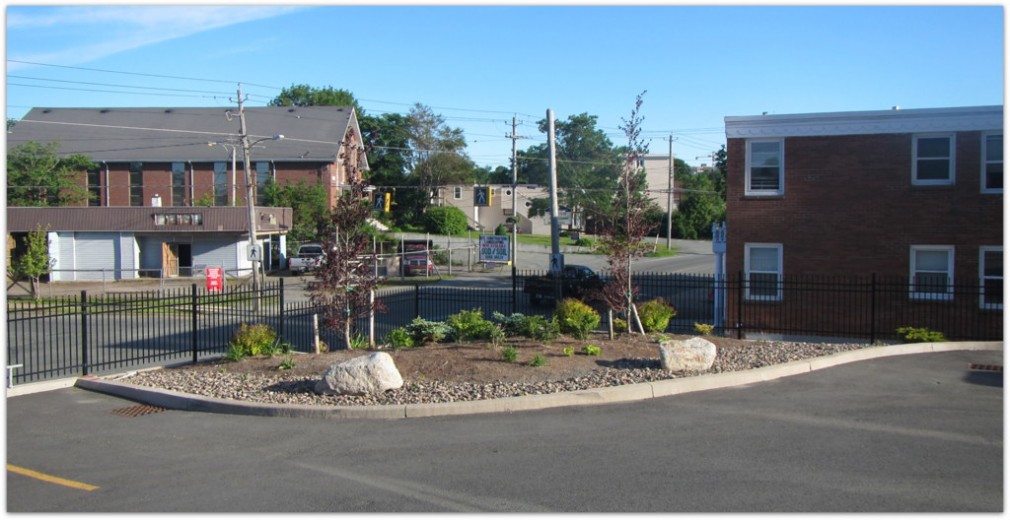 Fairview is poised to be a next big thing, I read that somewhere. So one early morning last week I took a short and quick walk along Dutch Village Road to gather some baseline data.  Really all I did was snap a few nugatory photographs .

The Church of Scientology’s Life Improvement Centre was on one side of the street and on the other side was the colourful Kwacha house Cafe. I like that sort of mix. 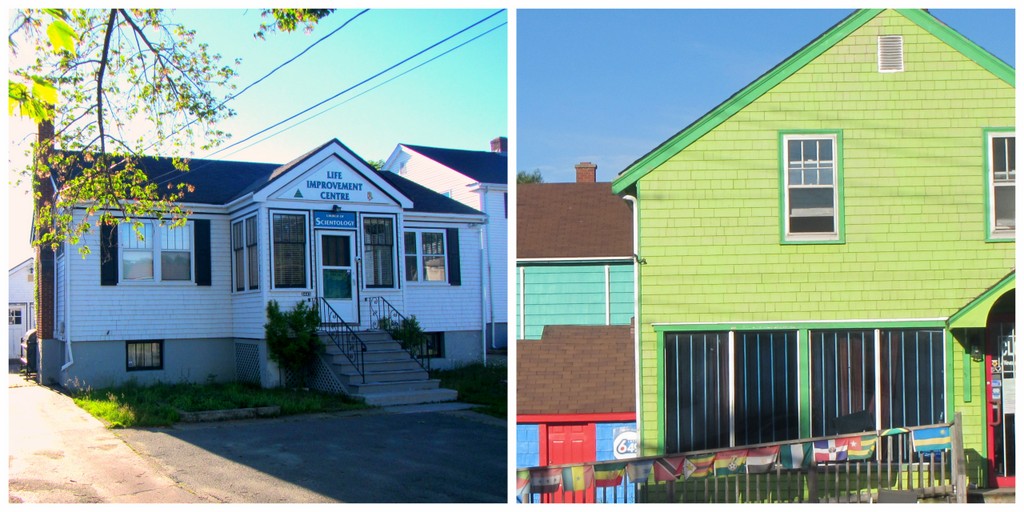 A perfect relationship: next door to a denture clinic were easy to eat noodles. 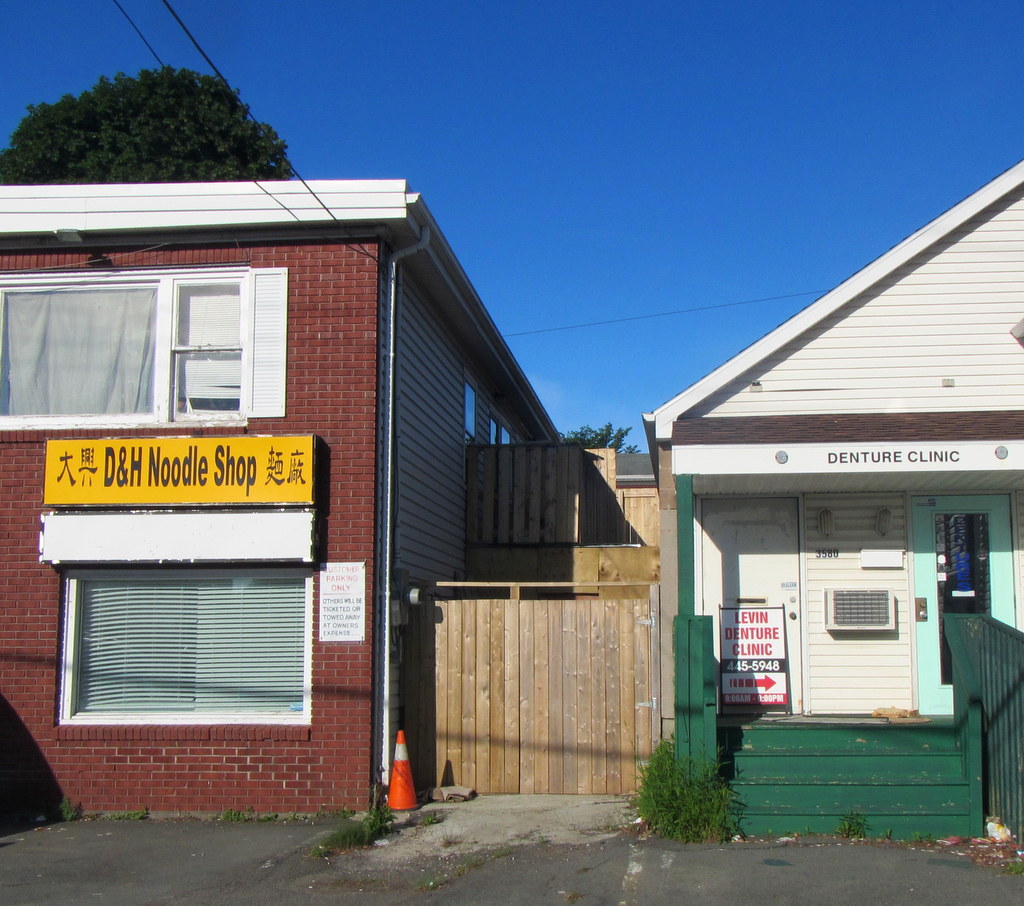 Signage is always interesting and with “hubs” in the news this peeling HUB felt of the moment. 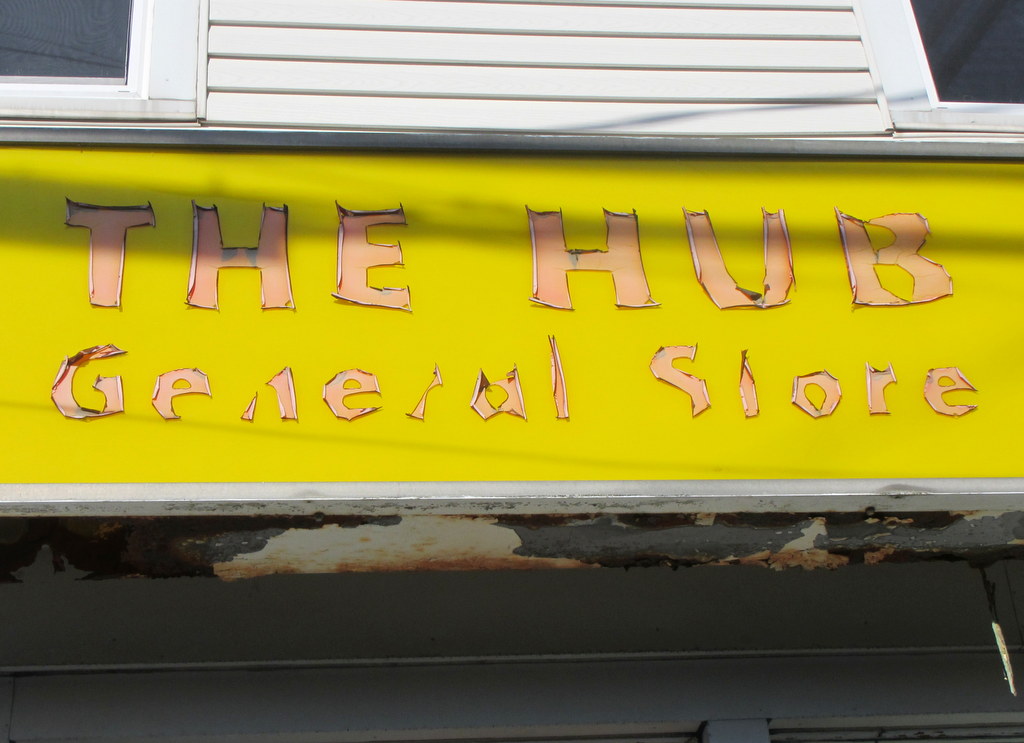 I read this sign as THE MBROIDERY EDGE. Sounded sort of medical.  Eventually I found the E  (could I be blue colour blind?). 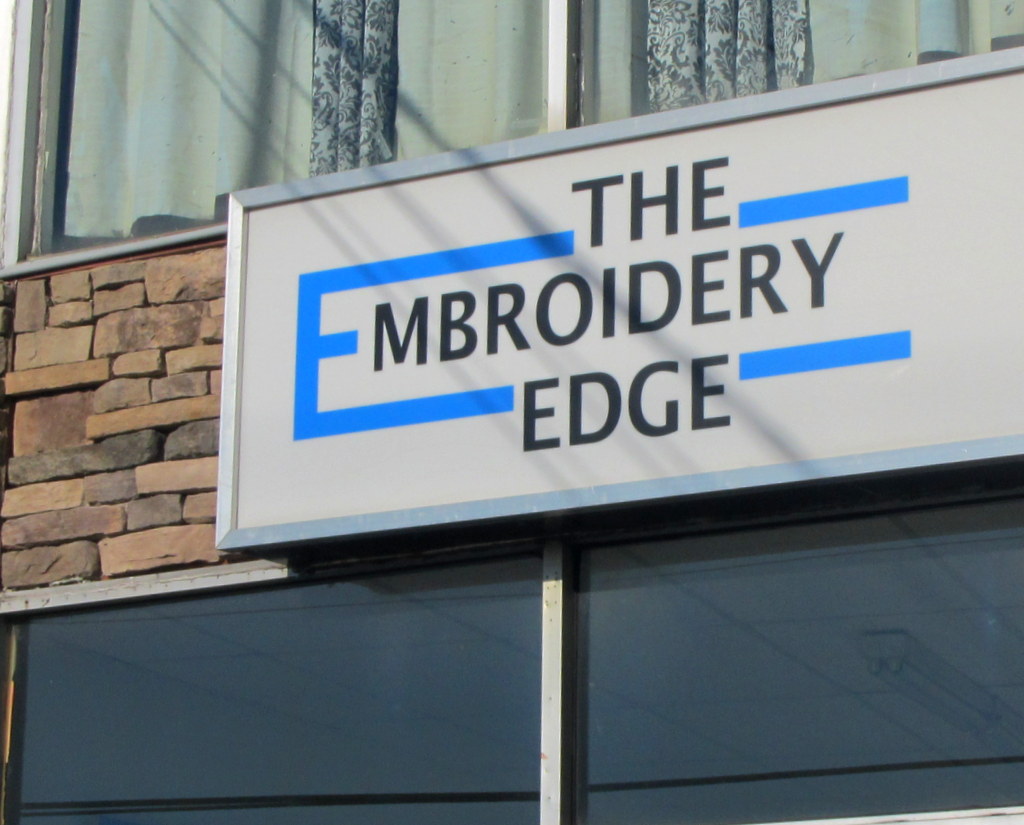 When we were in Yarmouth earlier this month I noticed a traditional twin gabled house that had a strange, enclosed staircase; probably access to a second story apartment.  In Fairview there was a  more refined example. 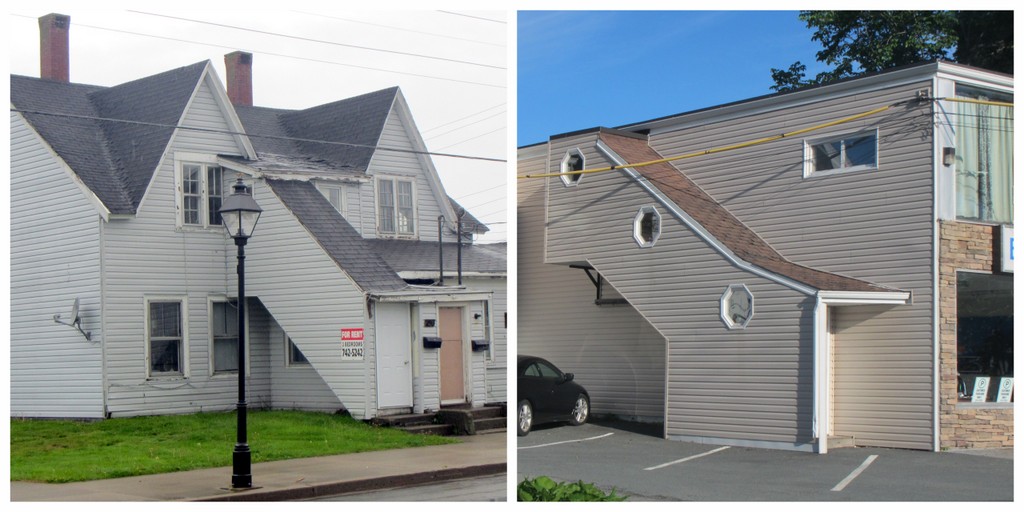 Something I really did like, and it made me cross the street, was decorative concrete block on the ground level of a low rise apartment building. Wonderful how the raised trapezoid can create such a dynamic design. And the light was just right. A helpful reminder that it does not take much to make the surroundings more interesting. 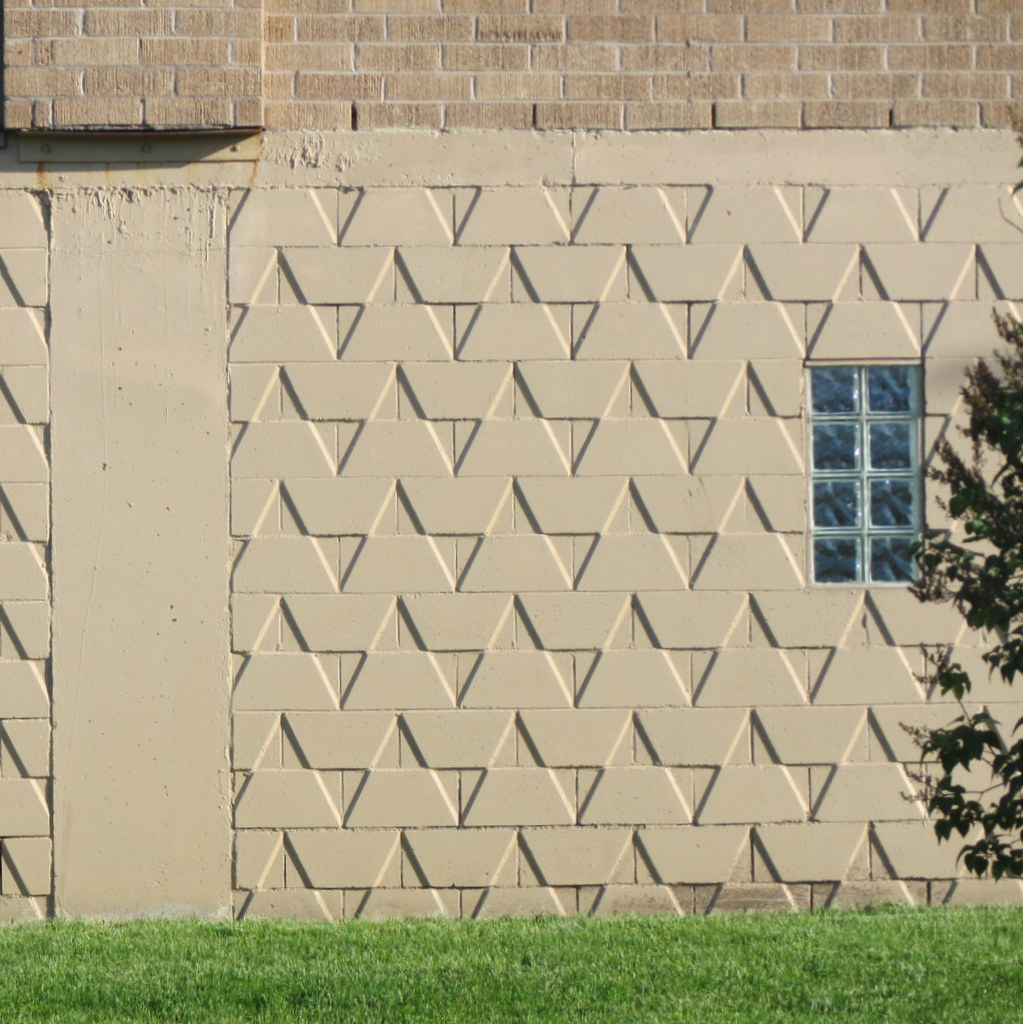 My big disappointment was the new St Lawrence Place development by the WM Fares Group.  It is clear that they have no interest in being a part of the Fairview community that surrounds them. Here is how they greet Dutch Village Road. 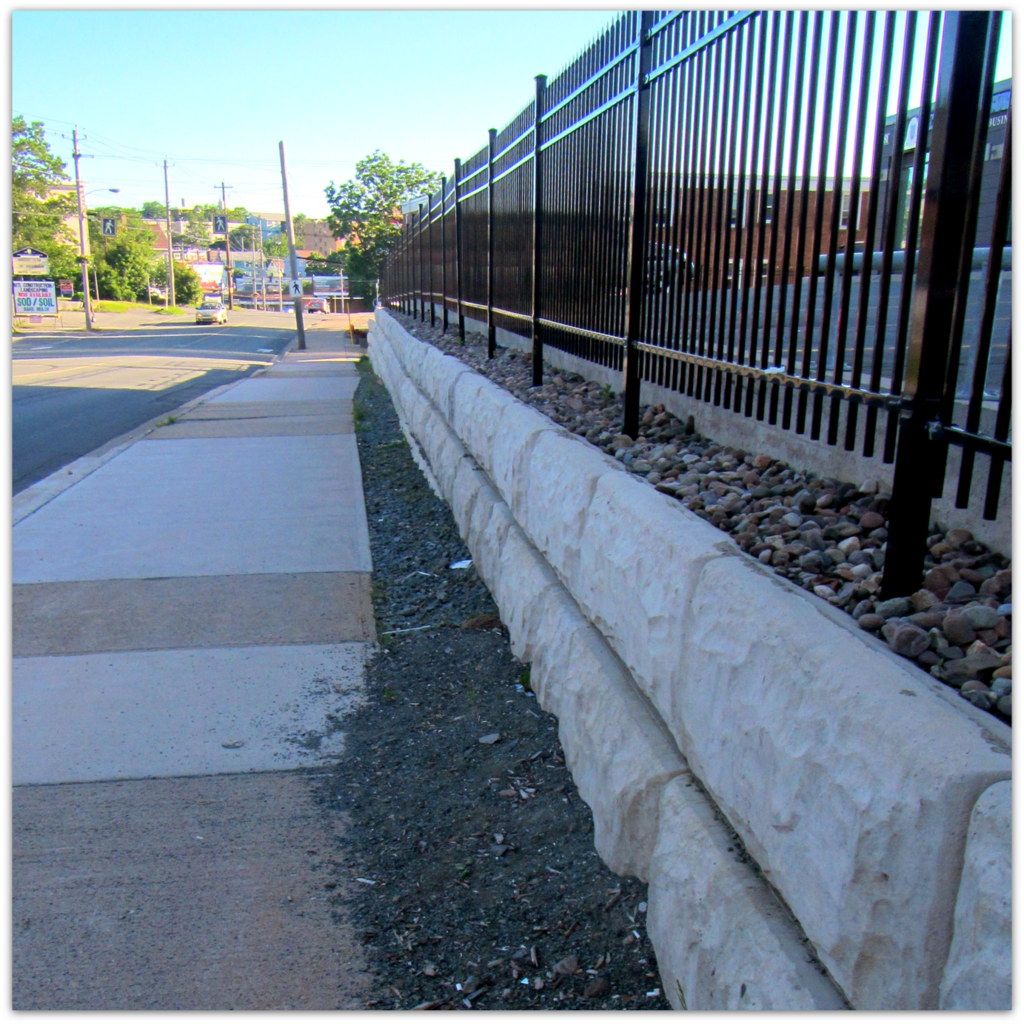 I respect that they made no attempt to pretty up or conceal their contempt for Fairview. I do have a problem with the city folks that allow this sort of development that sucks the life out of  the street. We all know better.

St Lawrence Place is probably a fine place to live and if you don’t live there, keep out. 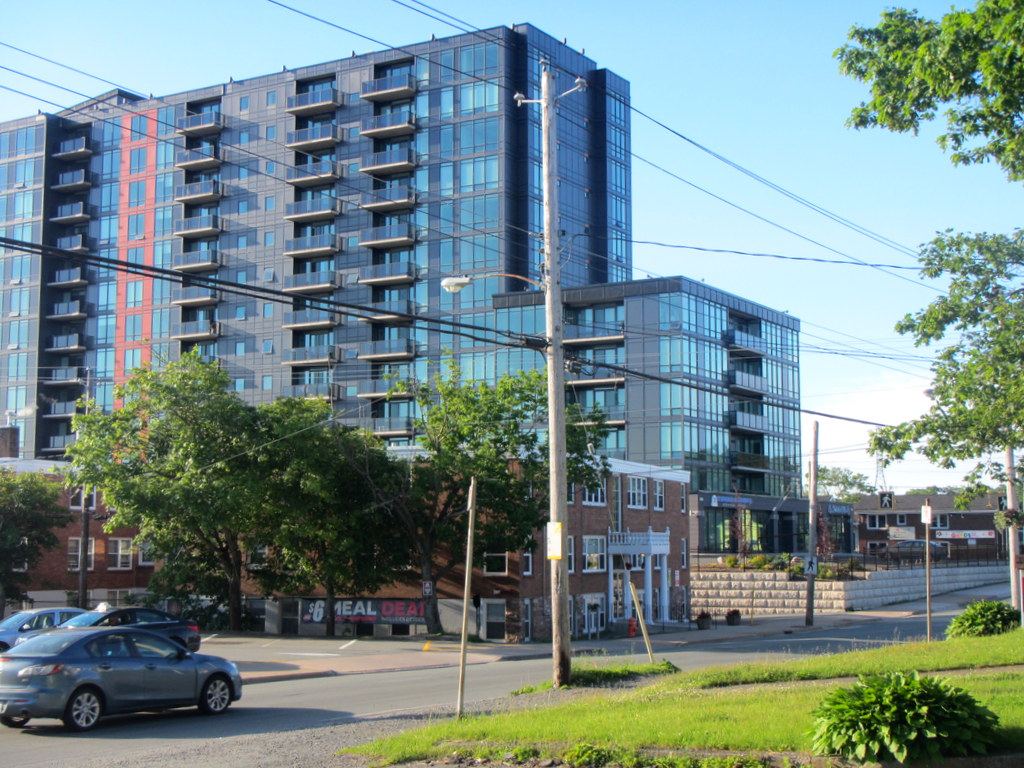 Just up the street another new development is getting started. It’s call The Boss Plaza. Everything suggests it will be great. 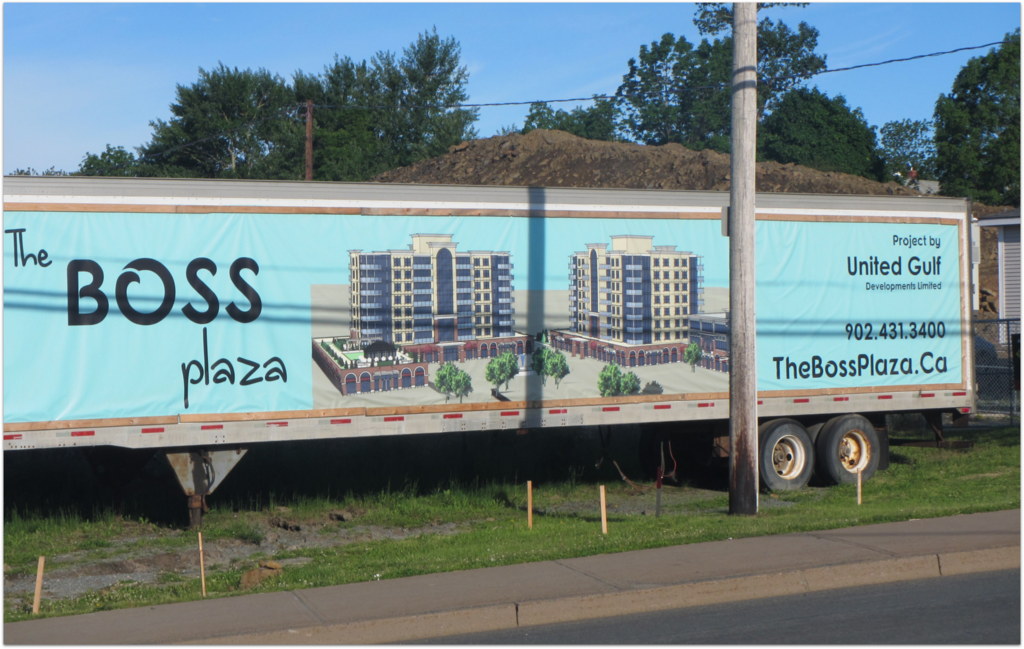 By the end of the walk I was feeling I had been premature and that in five or six years things would be more interesting.  Then I saw this wonderful little cottage that reminded me that there were probably all sorts of enchanting  discoveries to be made.   And to lighten up, because it was a wonderful summer morning. 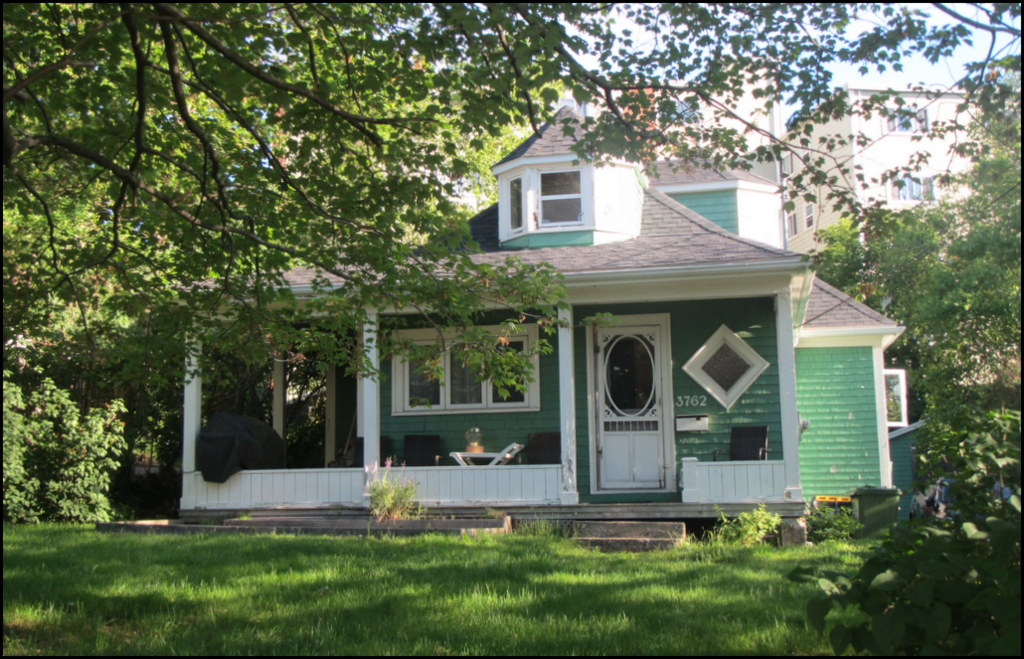 The Fares Group have their offices in the St Lawrence development so they must be proud of it.  To my eye their big sign communicates they don’t pay attention to the details. 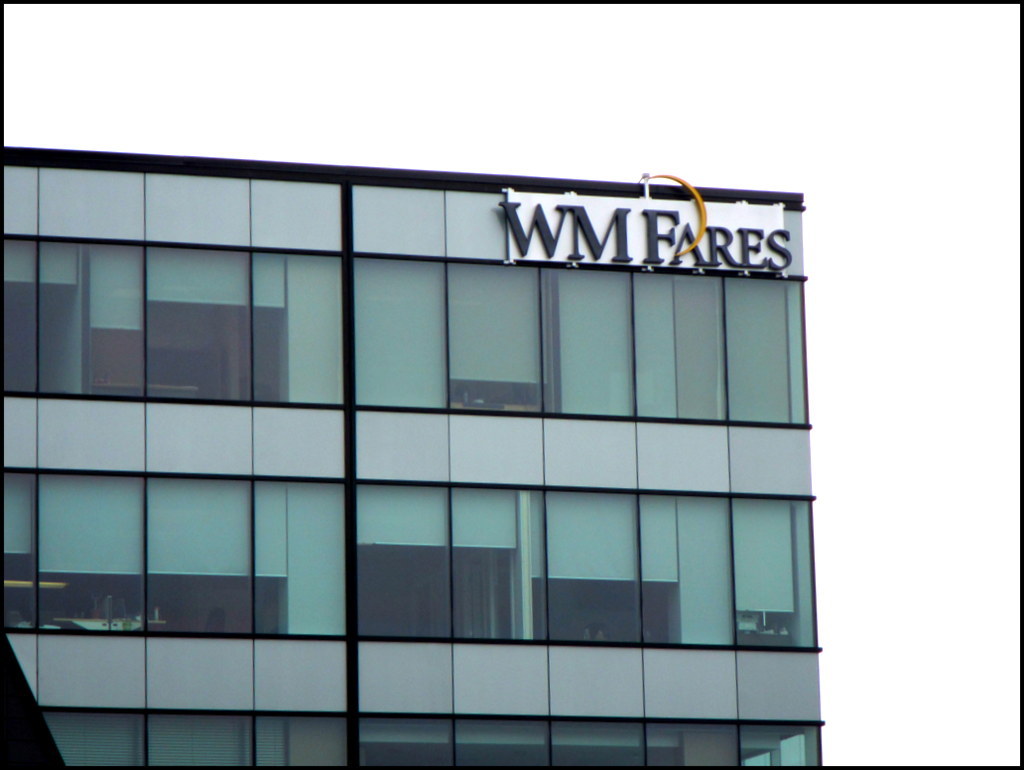