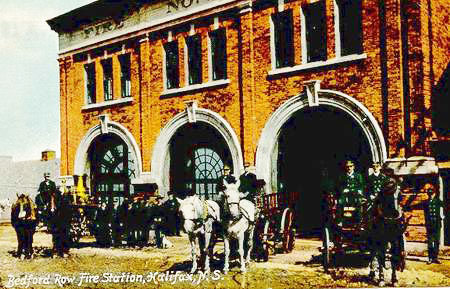 There has been lots of Fire Department talk this season.  Fire Chief Doug Trussler made a bunch of recommendations on how to improve the system but City Council was not very nice, the little scamps. Halifax Examiner had the latest on the issues  (4 Fire, pt 1). I was taught to do what the professional fire fighter told me to do,  so I’m with the chief.

Many of the councilors were distressed over the idea of closing fire stations and this got me thinking about former fire stations around town. The oldest I’m aware of is on Queen Street.  My photo from the 80s shows the building before the convenience store was renovated. 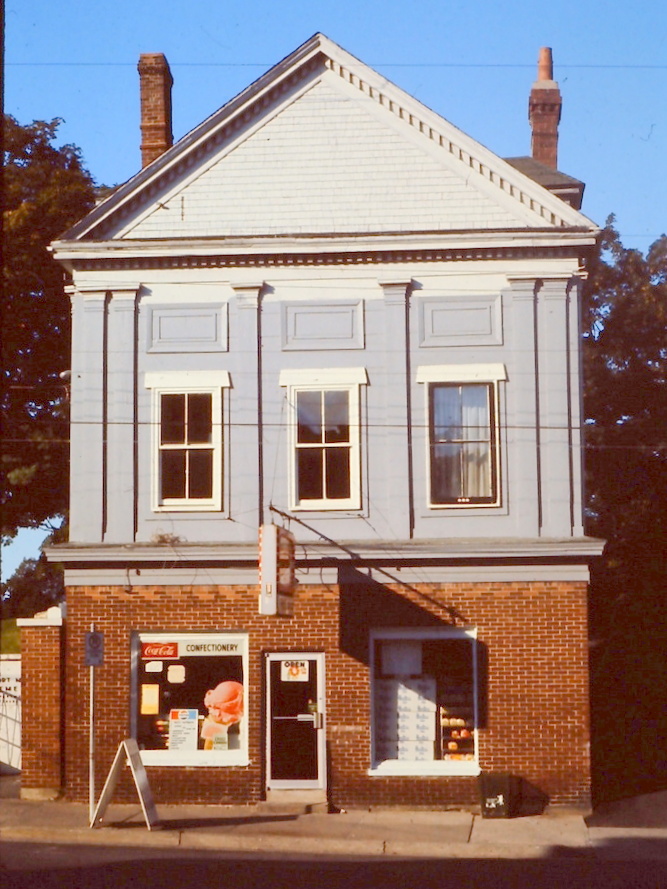 A wonderful Nova Scotia Archives image from around 1880 shows that the upper part of the building has not changed much .  Quite a show as the firemen get ready for an event. 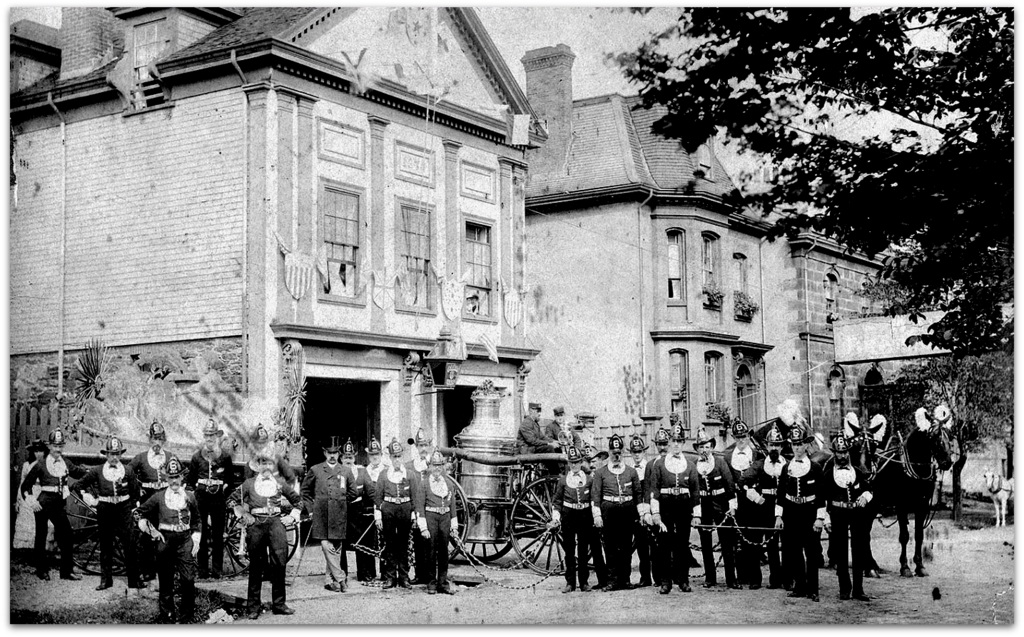 I remember when the c1900 station at the corner of Bedford Row and Prince St was decommissioned. Around 1979 our friend Nick  leased the building from Waterfront Development (I believe ) and converted it into a restaurant – the Spaghetti Fire Station. That didn’t last long but it has been McKelvie’s for 30 years or so.  Here is a street view screen shot to remind you what it looks like. The windows on Bedford Row were the doors, originally for horse drawn fire engines. 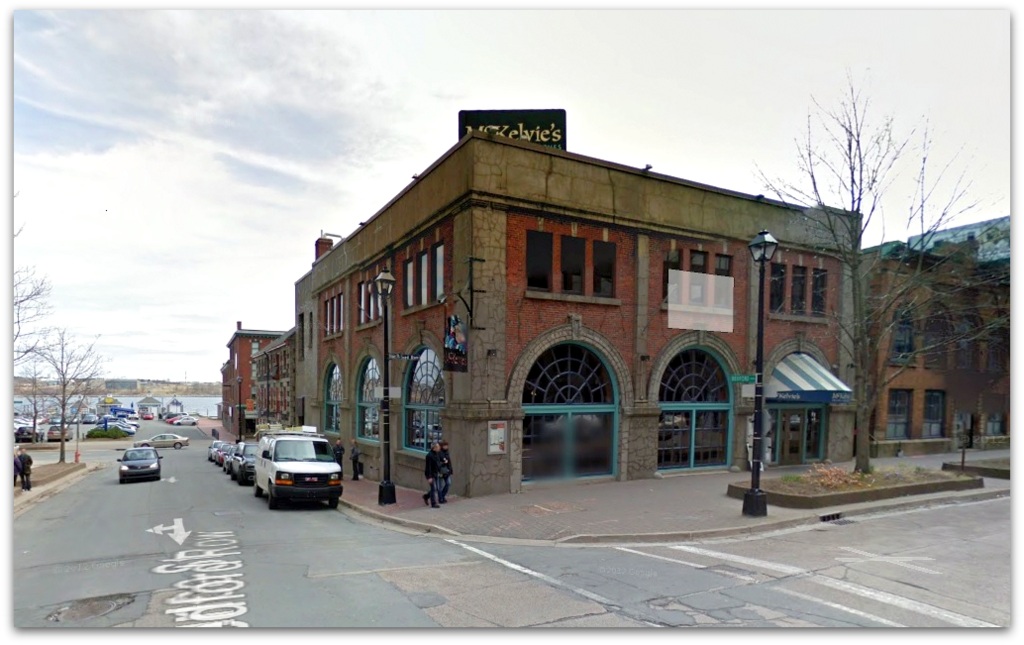 I also remember the elegant little station on Oxford St that in the late 60s was converted into a sheltered workshop. Here is a photo of it taken a couple of years ago. 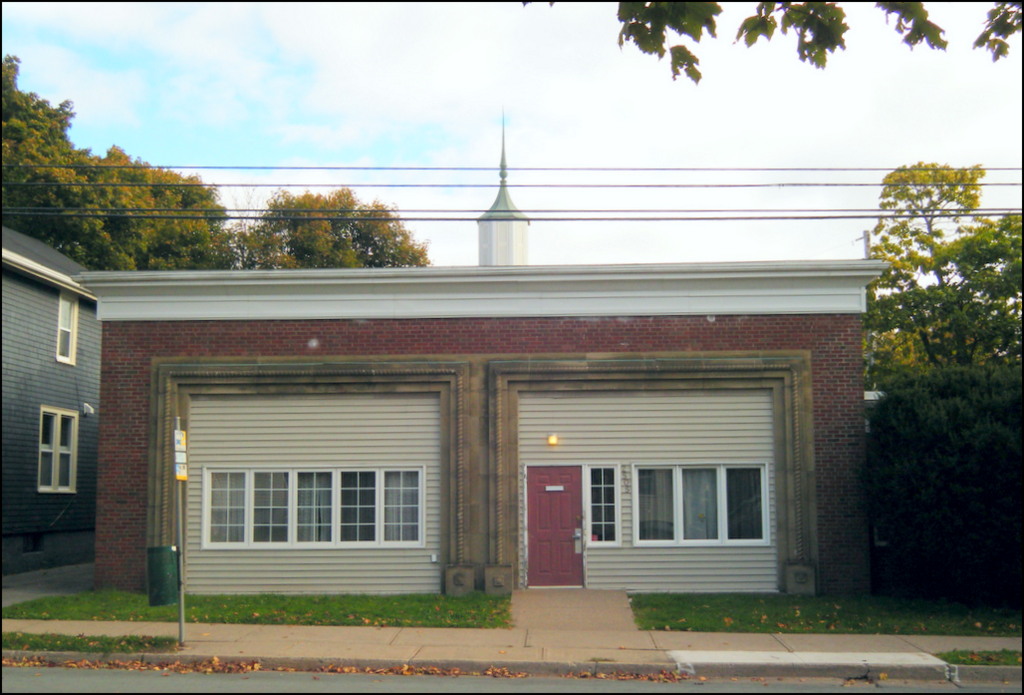 I’ve been told that the Stubborn Goat gastropub is in a former fire station. And I remember a car repair place on Brunswick Street, below the Town Clock,  that once was the main fire station in town.

To me this is evidence that fire stations have opened and closed regularly over our history as technologies have changed  and settlement patterns shifted.  And they seem to convert nicely to new  uses.