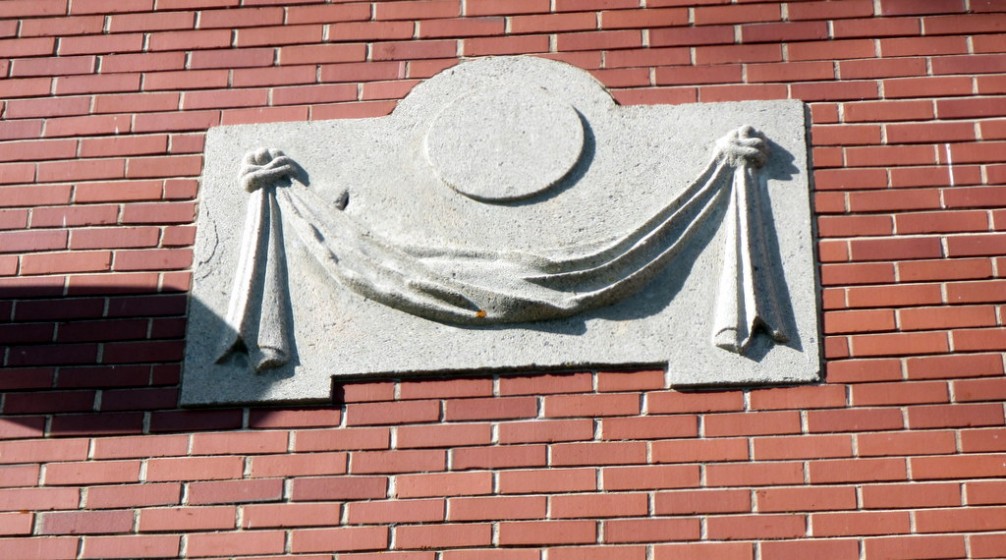 Do you visit Annapolis Royal? It’s one of our favourite towns and we know it quite well. We were there for a couple of days over the weekend  to take in the Rare and Unusual Plant Sale (more of that in another blog, I think).  There really isn’t another town like it in the province.  It was the capital of the colony until  the mid 18th century when Halifax was imposed on this post glacial landscape.

Annapolis Royal is totally walkable and that is the way to take advantage of the visual rewards at every turn.  For example,  on our way to a glass of wine we passed  Girvan Bank – Runciman House built in 1817 and sometimes described as the prettiest house in Canada.  What do you think? We put off the wine for the moment to look at the school that closed earlier in the winter (shortage of children).  It is a grand bit of late-Depression neo-Georgian. And while we are on the subject of great available spaces, the former train station appears to be beautifully renovated  and maintained  but empty at the moment.  A walking trail and spring bulbs  cascade to the site. Annapolis Royal has been very well served by folks with dreams who have operated  an amazing collection of B&Bs. In the late afternoon sun the Queen Anne Inn was looking particularly fine. In 1968, when I was a boy archaeologist, I had a 2 week contract to supervise the excavation of a sewer line on the Fort Anne site.  At that time the only place that could be found for me to stay was an old folks home in the building that became the Queen Anne Inn.  Once I made the mistake of returning at 8:00 PM to find the doors locked.  I had to climb in a window.  Annapolis Royal is still a little shy on night life.

Another of the grand B&Bs is Bread and Roses built in the 1880s by a dentist/druggist.  To my eye the brick and slate looks particularly British. On closer examination it was exciting to realize the light coloured stone is actually concrete; a very early example concrete used in this fashion. And we also came upon a couple examples of new construction.  In the children’s  playground on the waterfront there is a new stone sally port that references the fortification at Fort Anne. A lovely bit of stonework for kids to run over and crawl through. Finally we did a drive by of a new housing development on the the site of the long gone Fortier sawmill.  The small houses have been designed to have an antique feel.  Some of the designs look quite a lot like the 19th century workers houses  built for coal miners in Cape Breton and Pictou County. The miners’ houses didn’t have garages.

I believe that the Fortier Mills made the toy logs I played with as a child. I gave my set to the Nova Scotia Museum.  Here is a set in the National Museum of History in Ottawa.