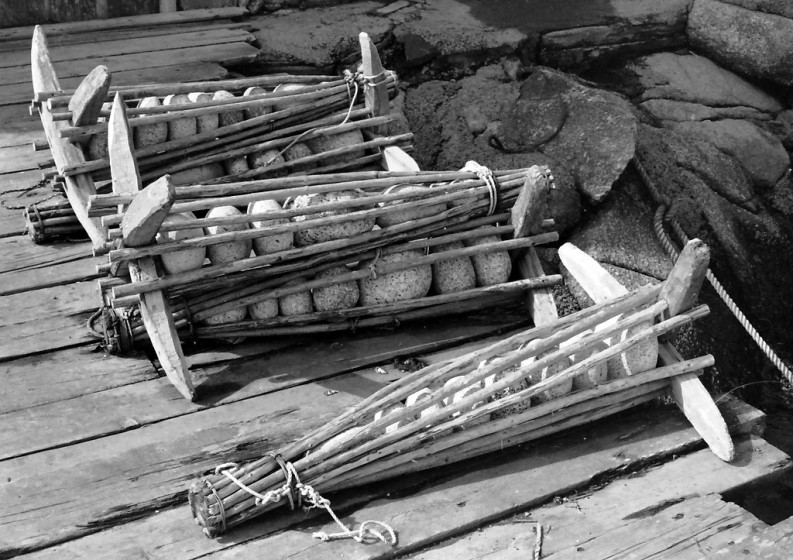 I’ve been noticing in the medias that the King’s Wharf development on the Dartmouth waterfront is having an open house soon for a new building. This would not normally register but the new building is called The Killick and killicks are one of my favourite things! So this is an opportunity to show my few photographs of the traditional stone anchors called killicks.

The killicks I am familiar with came from St Margarets Bay and I believe they were used to anchor nets that made up mackerel traps. At least into the 80s you could see them piled on wharves. 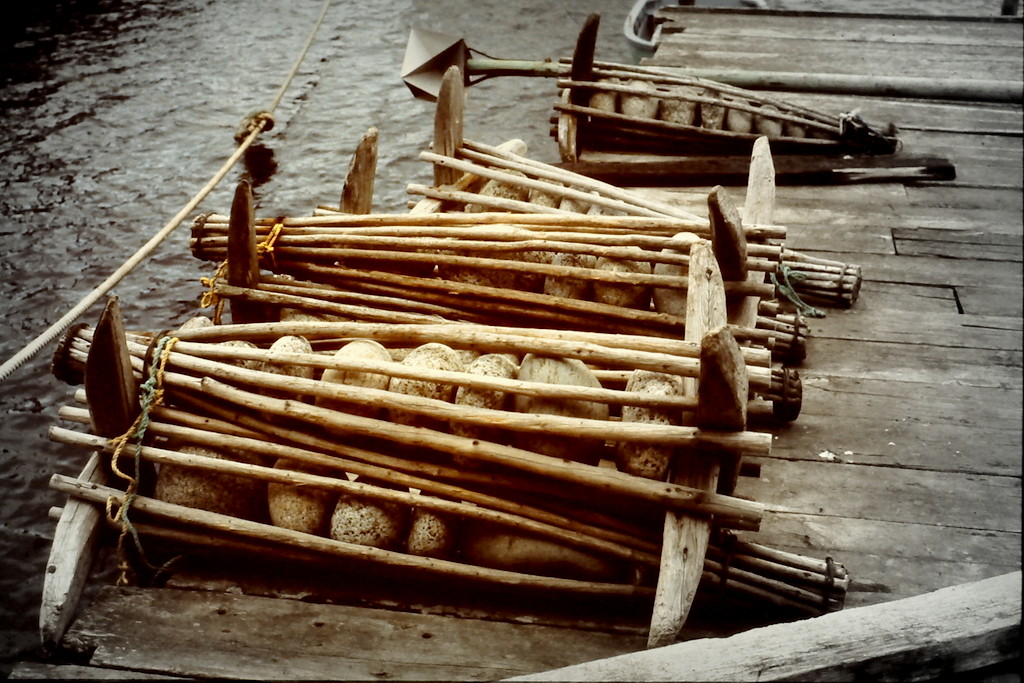 I was attracted to them because they are beautiful objects: stones encased in a cage of saplings that are bound together at the top and attached to a wooden cross at the bottom. In these examples six or eight progressively smaller granite beach stones fill the cage. The south shore examples are particularly beautiful because  of the access to the round granite beach rocks. The fishermen would make use of what local geology provided. The Nova Scotia Archives has a photo from Portugese Cove where a single long stone is used. 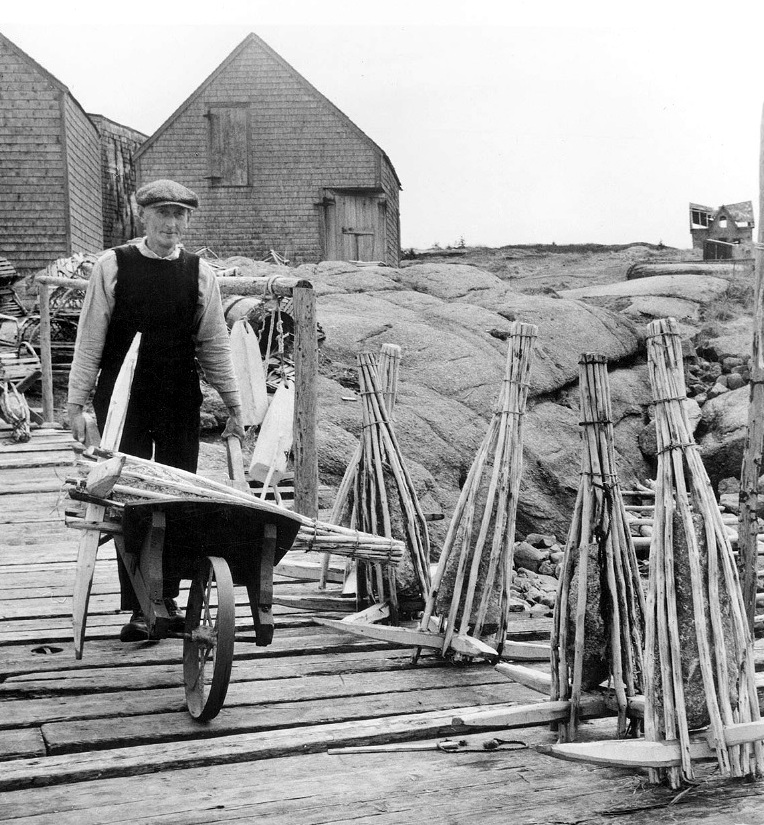 I wonder if killicks are still made in the province; there would certainly be folks around who know how it was done. Wouldn’t a row of them look stunning in the lobby of The Killick? Or outside, a giant version made of those huge granite boulders that contractors love so much?

If you want to see the real thing, drop by the Maritime Museum of the Atlantic and look at the little display of anchors in the stairwell (or just look in the window from Water Street). 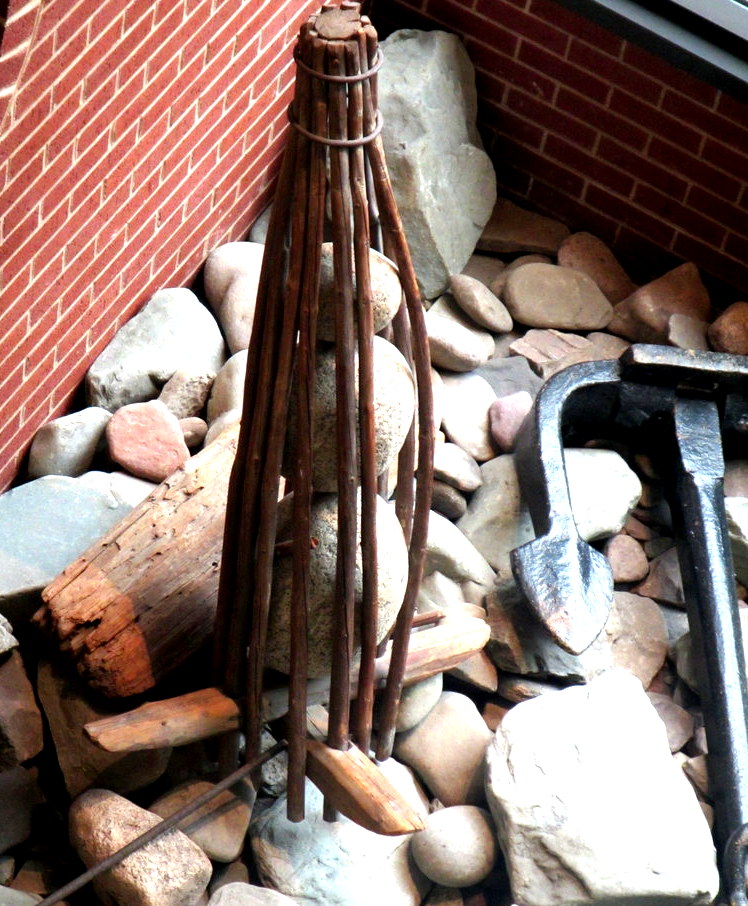 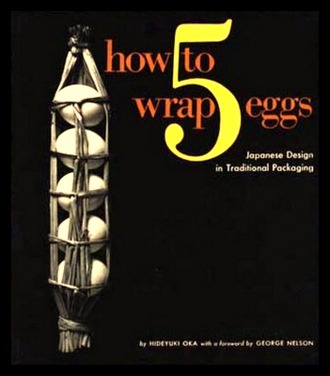 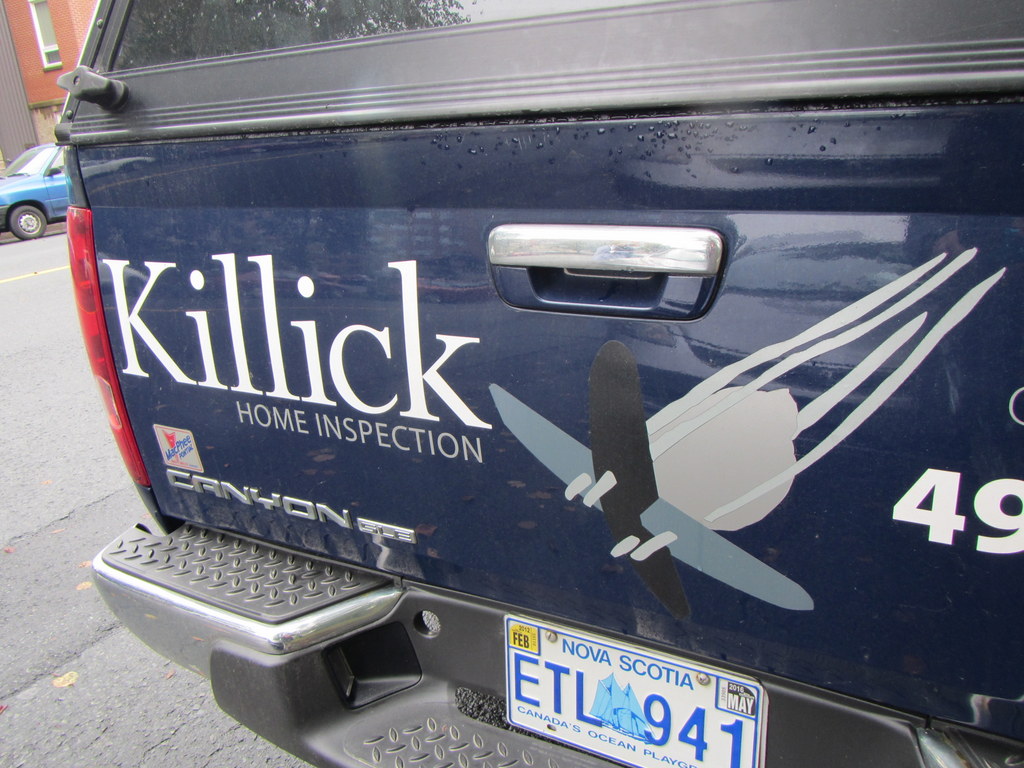 Will your anchor hold in the storms of life,When the clouds unfold their wings of strife?When the strong tides lift, and the cables strain,Will your anchor drift or firm remain?