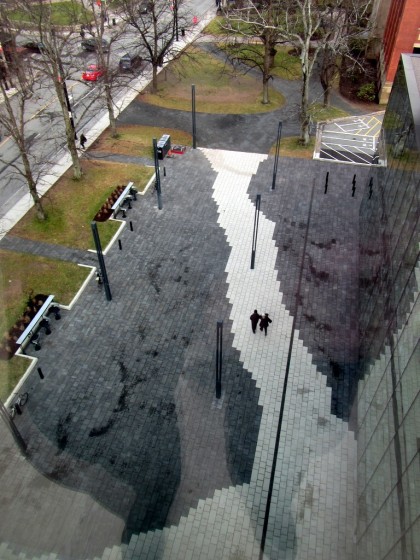 I’ve done several posts recently that encouraged you to notice and acknowledge surfaces we often ignore (carpets in airports and streets in historic photos of Halifax). In that vein this post is an opportunity to show some old street and sidewalk surfaces that I have witnessed but that have mostly disappeared.

In the nineteenth century, the best sidewalks in Halifax were probably brick. I was pleased to find, in about 1980, one last little section of old brick sidewalk on Water Street close to Sackville. It might have been 100 years old or more and was removed as the street was torn up for new underground services. 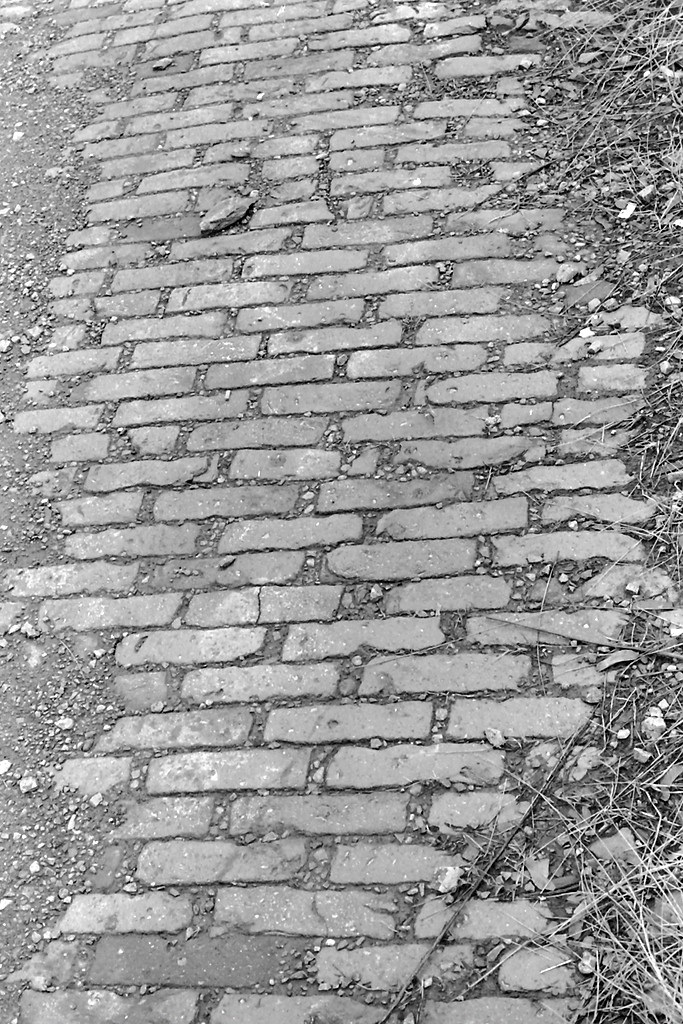 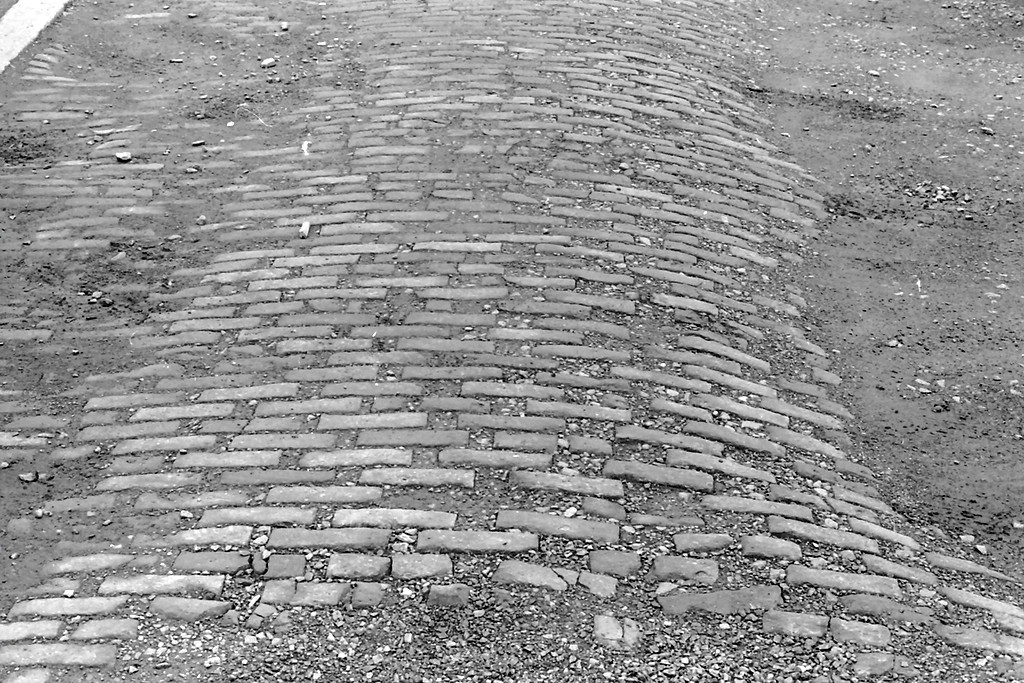 Brick sidewalks and crosswalks were tried again in the 1970s in historic districts downtown but the first attempts did not survive frost and snowplows.

Under the asphalt of all downtown streets there used to be cobblestones. Gradually many of these have been removed (new sewers and gas lines hastened the job). Yet every year little patches of cobble are revealed in the bottom of a pothole (Twitter is always excited to point out discoveries). The last street with exposed cobblestones disappeared under the Scotia Square development. When I took this photo in the mid 60s all the buildings had been removed and there was just this picturesque little lane of granite cobbles in the middle of a wasteland. 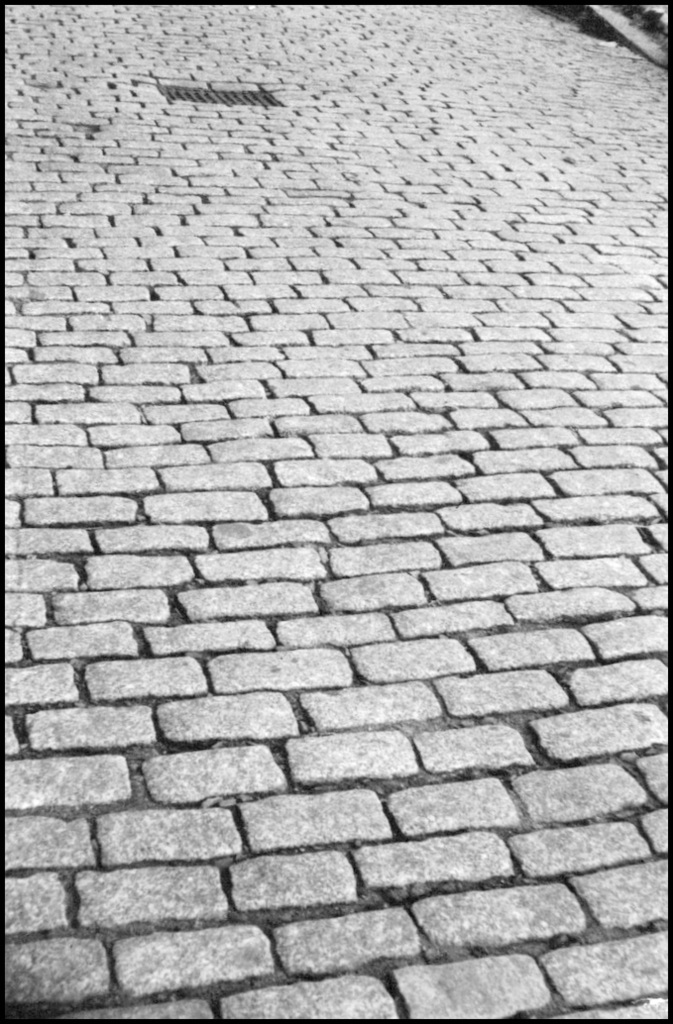 Concrete sidewalks probably became the norm around 1900. I remember a sidewalk at the corner of Barrington and Inglis that was marked 1917. It would have gone in when the new railway cut and deep water port were built. Keep your eye out for dated sidewalks. It would be fun to know the oldest sidewalk in town.

Sidewalks once came in several textures. A pattern of parallel lines were used on sidewalks with steep slopes. The last example of this I know was on Armview Avenue at Quinpool. (I’m told these were rough on skateboards.) 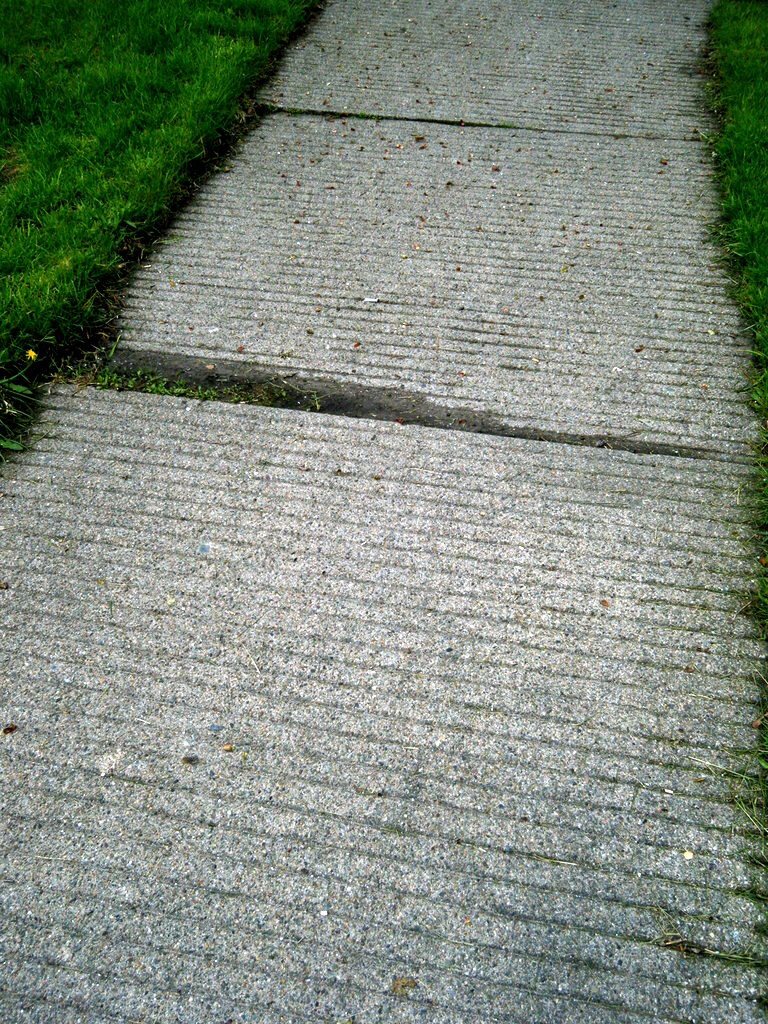 If you look closely at nineteenth century street photos you’ll often see beach cobbles used to surface crosswalks and to line drains. Such a cobble surface was exposed by the archaeology on the site for the new Central Library. This was probably our oldest paving material – you can find identical cobble walks in early 18th century Louisbourg. 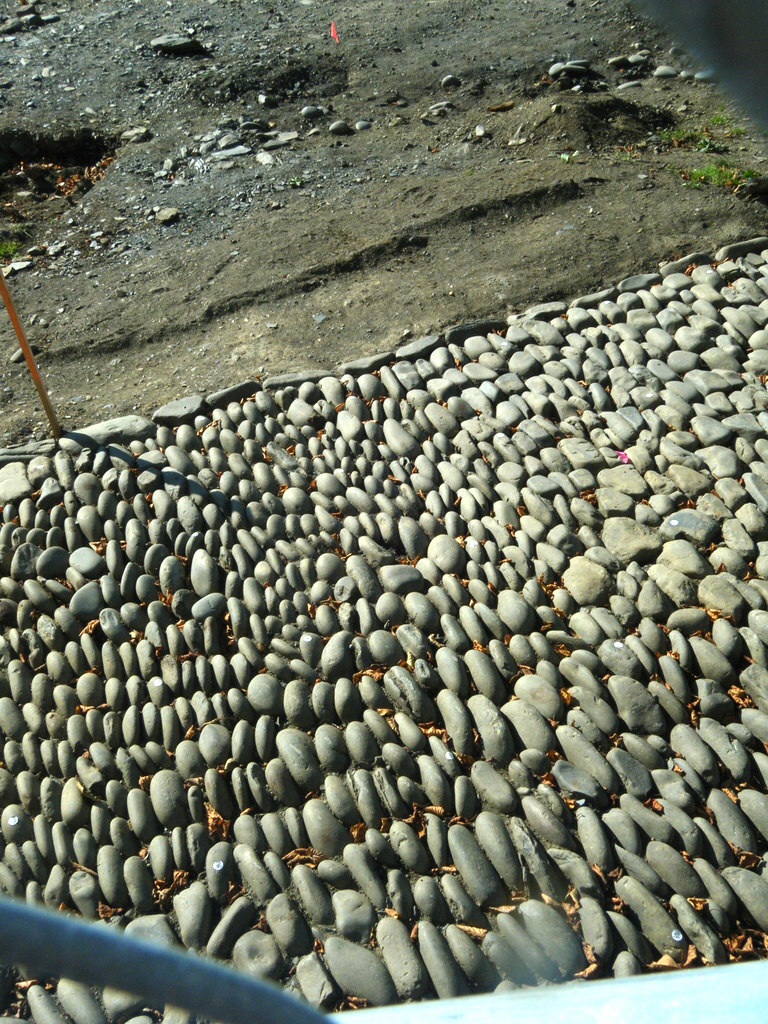 I was told this cobble surface was to be preserved under the plaza in front of the Library.  It is sweet to think that this old paving is protected by our most modern paving design. 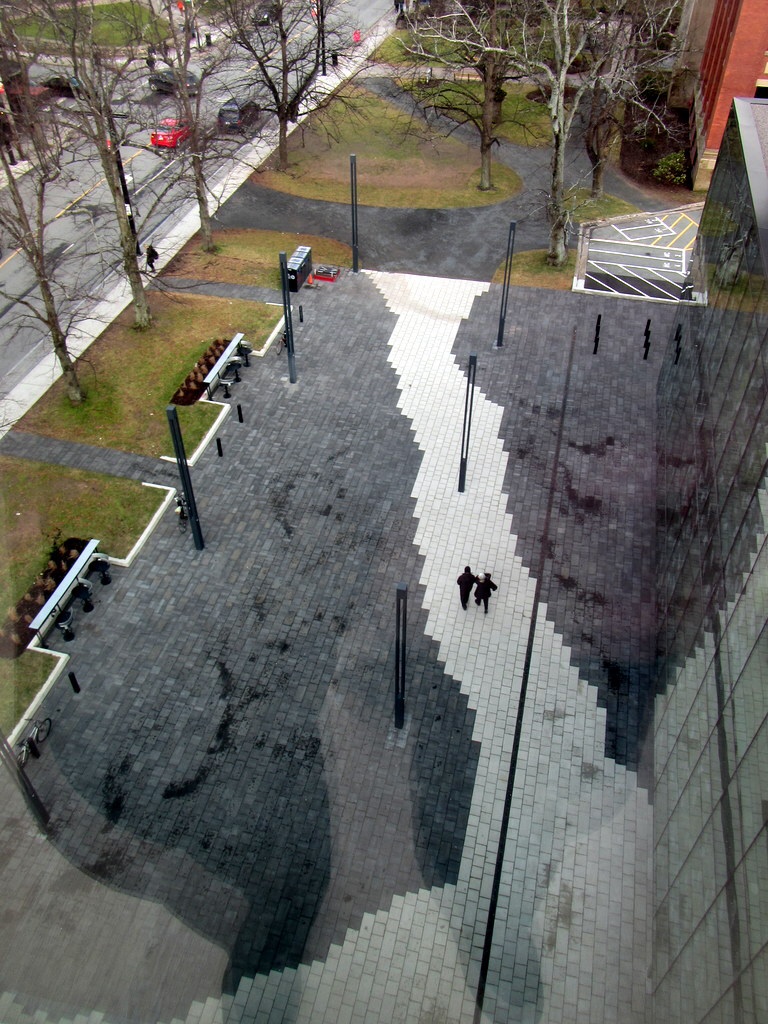 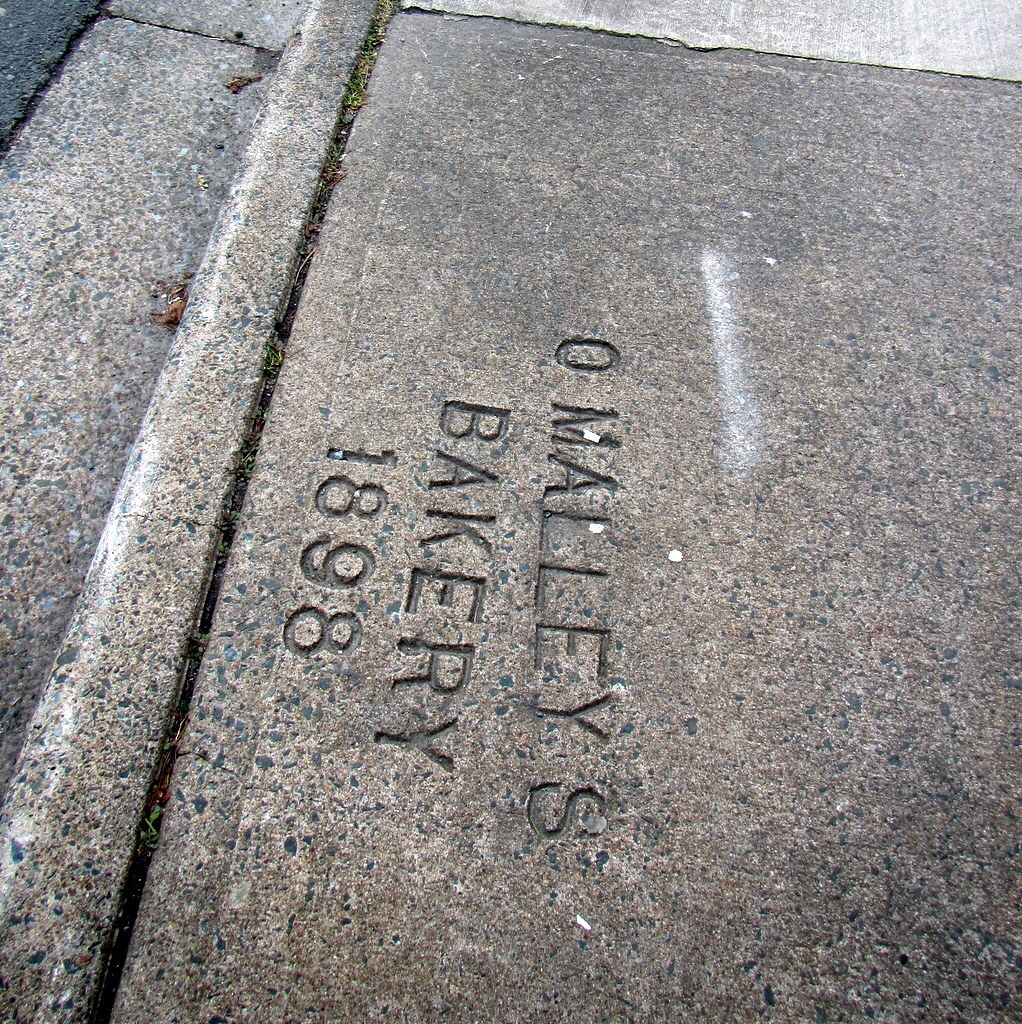 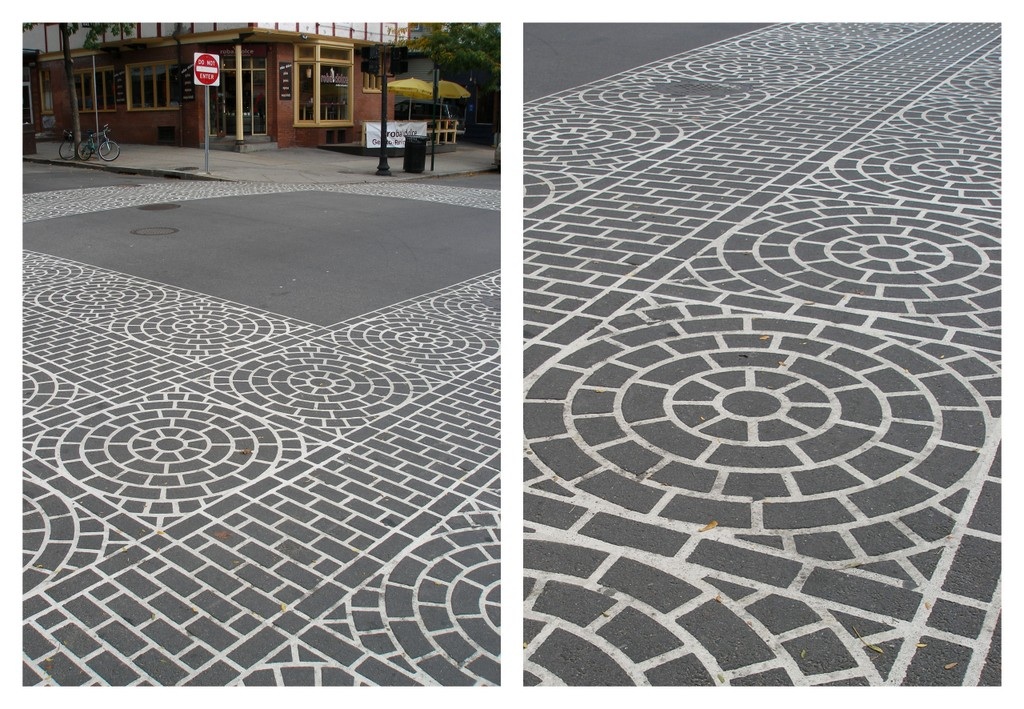 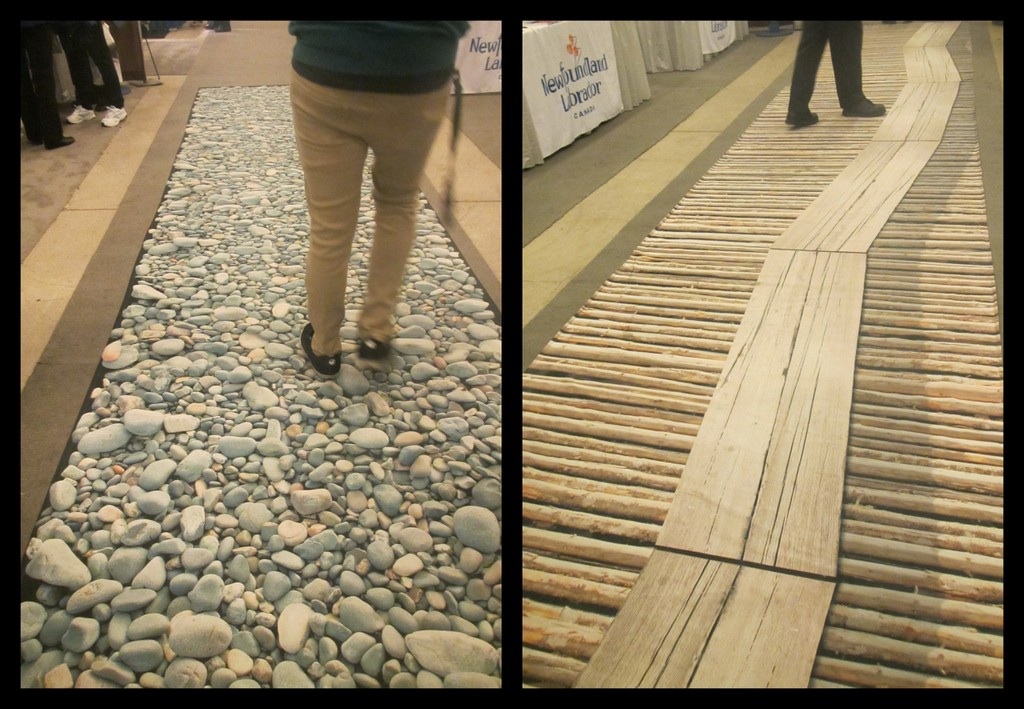 Maybe some day our sidewalks will be covered with photo murals. Bobcat-proof photo murals!