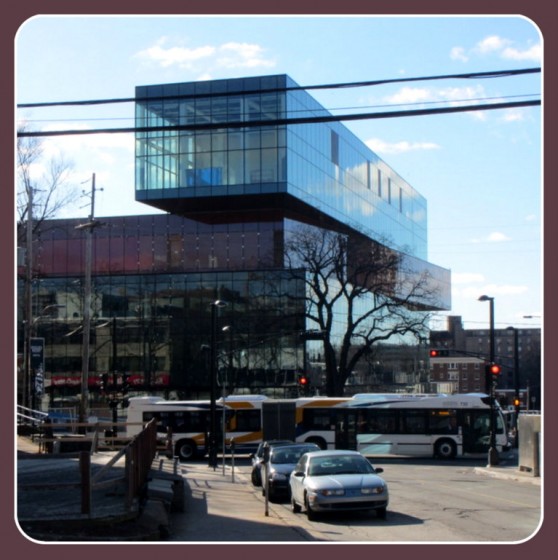 Every day there are more and more posts about the new Central Library on my social media feeds.  The official opening is only moments away.  It makes me think of the journey that began long, long ago.  So many believers and converts required to reach this point. I hope they  all feel acknowledged for their efforts. It was worth it.

There has probably never been a project in Halifax with so many observers who feel invested in the process.  Here are some of my memories.

The public consultations felt so smart and alive with poets, jazz, active conversations. Our first experiences with the World Cafe technique. Tim Merry the animator teaching us to clap three times for I now forget what – but we did it.  The Kool-aid tasted so good.

Morten Schmidt, the architect, in his skinny suits being alert and smart and reassuring.  That silvery rendering of the building; never has an architectural model been more  worth the effort.  Here it is on a cake at the official start of the building. At the same event our sad mayor and the federal minister looked at some archaeological discoveries on the other side of the chain link.  Moments like this don’t just happen. Morten Schmidt often mentioned that the history of the site made the project more significant and I was fascinated with the archaeology before construction. This was the location of Bellevue House built in 1801,  the official residence of the Army Commander-in-Chief.  Through the fence you could see the complete footprint of the building and the layout of all the rooms in the basement.  Many of the rooms had hearths – I hope someone lit a last little fire in them before the evidence was totally removed. What appealed to me most was a perfectly preserved beach cobble floor near Spring Garden.  Here was a surface that had not been walked on for maybe 100 years.  I understand the floor was to be buried undisturbed beneath the front plaza. I can only imagine the 1000s of photographs that were taken of the building during construction. Suddenly you’d notice  a new view or a new detail.  When the cantilevered pod was installed Twitter was crowded with images. Now that  the building is finished I have yet to investigate the site and will wait my turn to get inside.  There is plenty of time to make a whole new set of memories.

After the public consultations were finished and the Library entered the construction phase it felt like there would be this endless gap just when we had  gotten so excited about the building. Here I went all new age-y. I thought about the words that the building would hear during the construction process, the words of real people: metal workers, drywallers, electricians.

Maybe the young and developing building should also hear some words  from literature. Be read to like any youngster. The words would be cast right into the wet concrete and cured in the PVC adhesive.

I mentioned on Twitter that I was going to do this and Gordon Stevens (Mr. Make Ideas Happen) said ‘I’ll build a soap box.’ And he did, for an Open City event. He painted it Lost Cod red and commandeered his children’s blackboard and chalk.

On my Doors Open ramble I stopped and read the passage from The Great Gatsby where Nick finds the very drunk guest in Gatsby’s library. And then an AA Milne poem called The Engineer, (“Let it rain, who cares, I’ve a train upstairs….”).

I don’t know what else was read to the building. I’m sure it enjoyed every word and it was good preparation for all the words the Library now embraces.