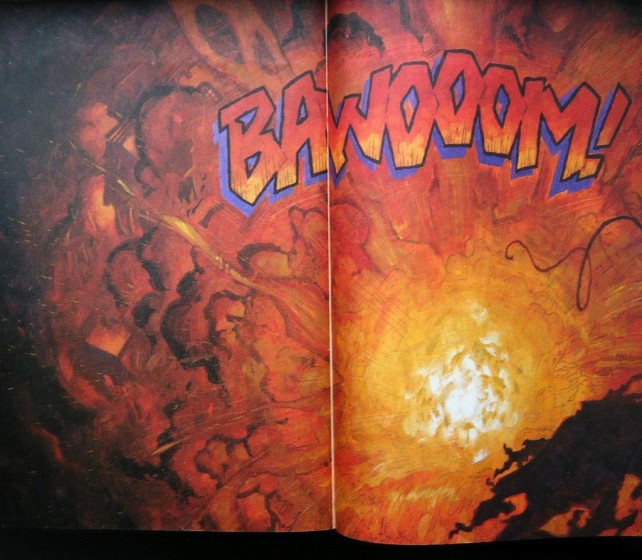 In three years it will be the 100th anniversary of the Halifax Explosion. Recently I came across a packet of material that accompanied an exhibit for the 60th anniversary. Got me thinking, in not a very orderly fashion, about my evolving understanding of the event. 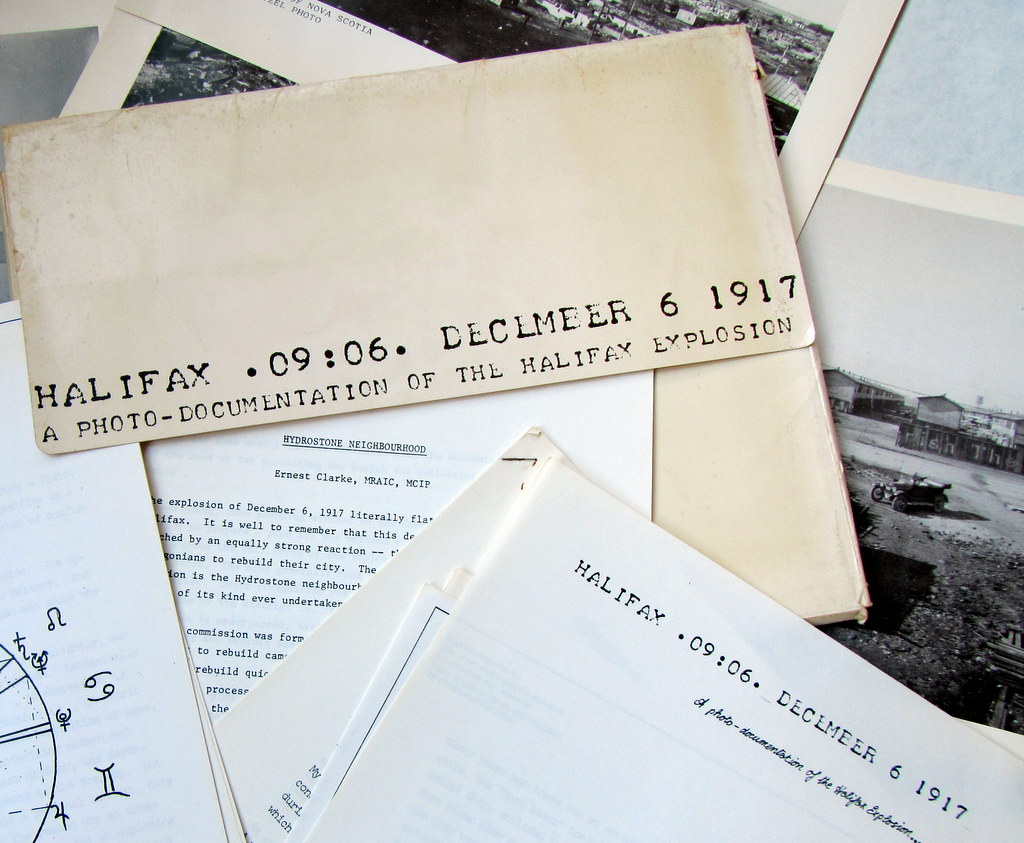 When I grew up in Halifax in the 50s it’s my memory that there wasn’t much commemoration of  the Explosion.  Sure we all knew that it happened and was horrible and there was an anchor shank somewhere in the Edmonds Grounds and a telegraph operator stopped the train.  My family lived in the post Explosion nut streets (Walnut) so  maybe folks over in the blast district  would have been more aware and in touch.

I remember a moment in the late 1970s that suggested there was wide public interest in the Explosion that was not being met.  On a  quiet Saturday afternoon I was manning the front desk of the Museum on Summer St  when a group of Hells Angels in colours came in with their assorted posse.  They had come to the museum  looking for an exhibition on the Explosion.  Sadly at that time there was  no public interpretation of the disaster for them to experience.

The photo exhibition I mentioned above  on the 60th anniversary  of the Explosion in 1977 was in the West House Museum and Gallery on Brunswick Street ( I don’t believe the gallery lasted very long).  A feature of the show were some rediscovered photos in the City of Toronto Archives. 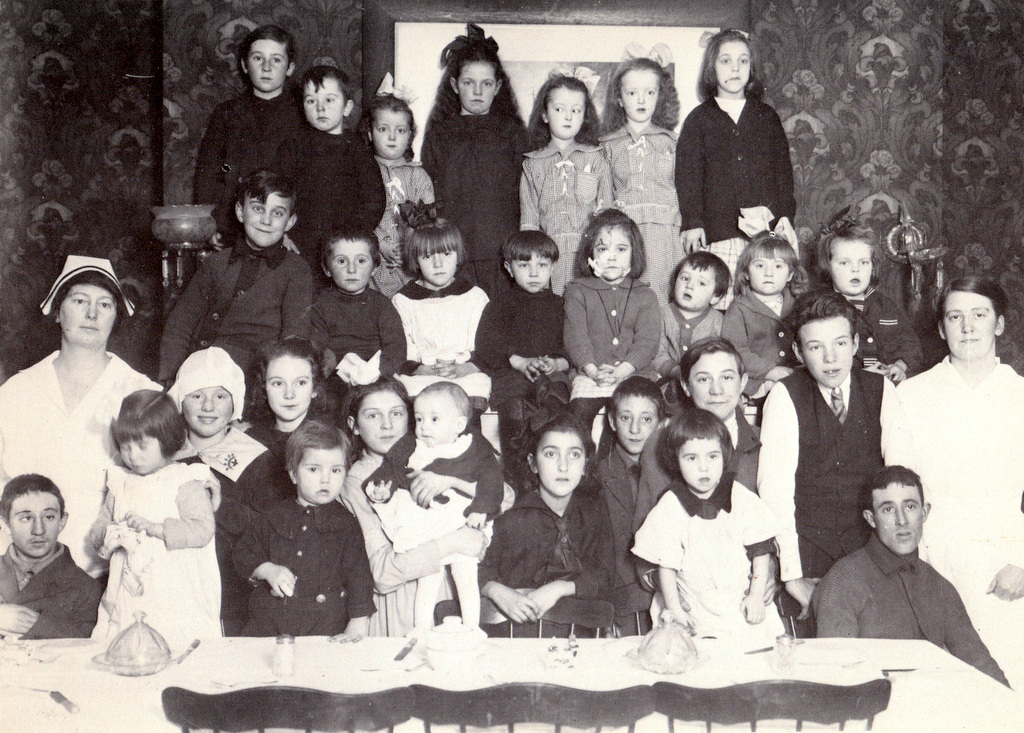 Today with all our experience seeing images of children from war zones, from Bosnia to Syria, we are sadly better able to understand a photo like this one of  youthful survivors.

Most fun and strange, the exhibition  package includes an astrological reading for Halifax ( called a “Horror-scope”) .  It was the 70s  after all.  (I’m a Cancer actually , thanks for asking). 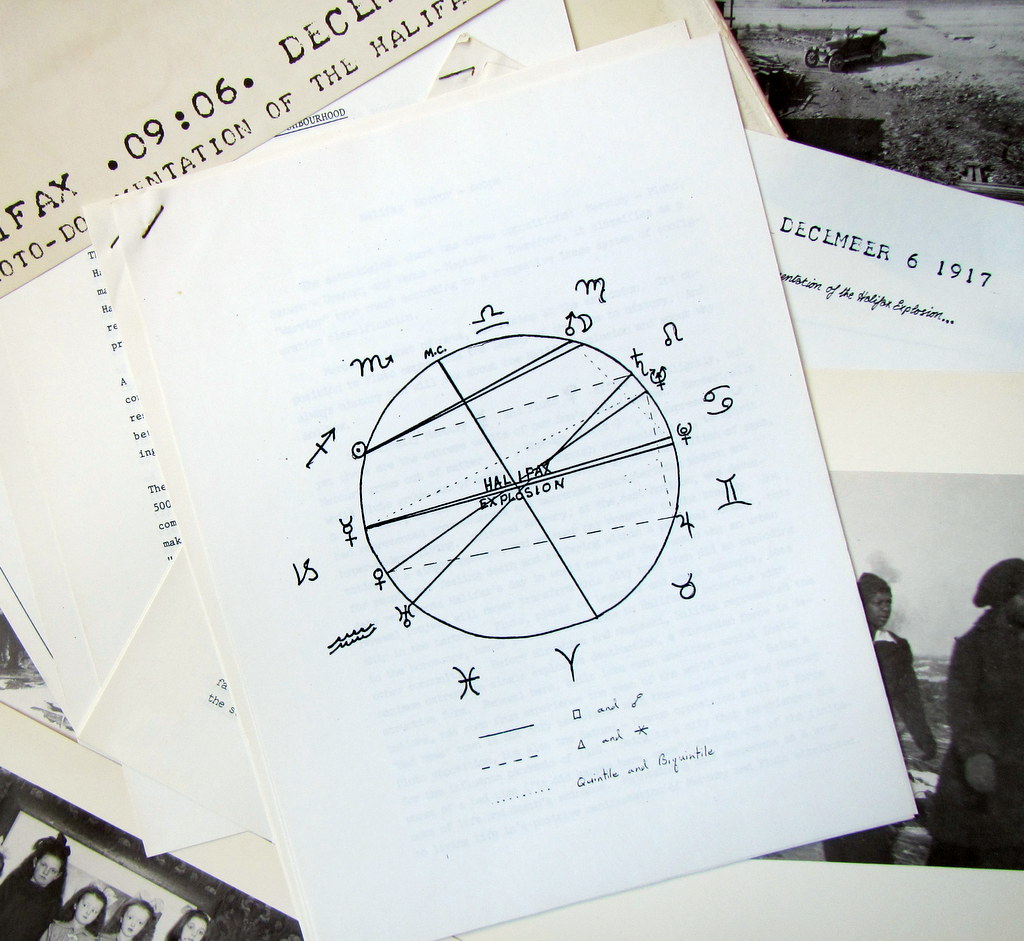 I witnessed an important Explosion rediscovery in 1981.  The NS Museum got a call from colleagues at Province House that some Explosion relics had been found  in the basement.  I went along with folks from the curatorial staff to investigate.  In a little room that felt like a coal bin there were a couple of boxes filled with nearly 200 small canvas bags.   These numbered bags contained items found on unidentified victims of the Explosion or effects that had never been claimed.  Really it was a collection of what people had in their pockets that morning and it was incredibly poignant.

You can see a sample of this collection in the wonderful permanent Explosion Exhibit at the Maritime Museum (the Hells Angels would be well satisfied).  The stories of these individuals helped to bring the horror of the Explosion down to a level we could all embrace.

On the 80th anniversary of the Explosion there was a comic book given away at McDonalds.  It was a good quality production and focused on Vince Coleman the telegraph operator who manages to stop a loaded passenger train but dies because he stayed at his key. A whole new visual vocabulary. 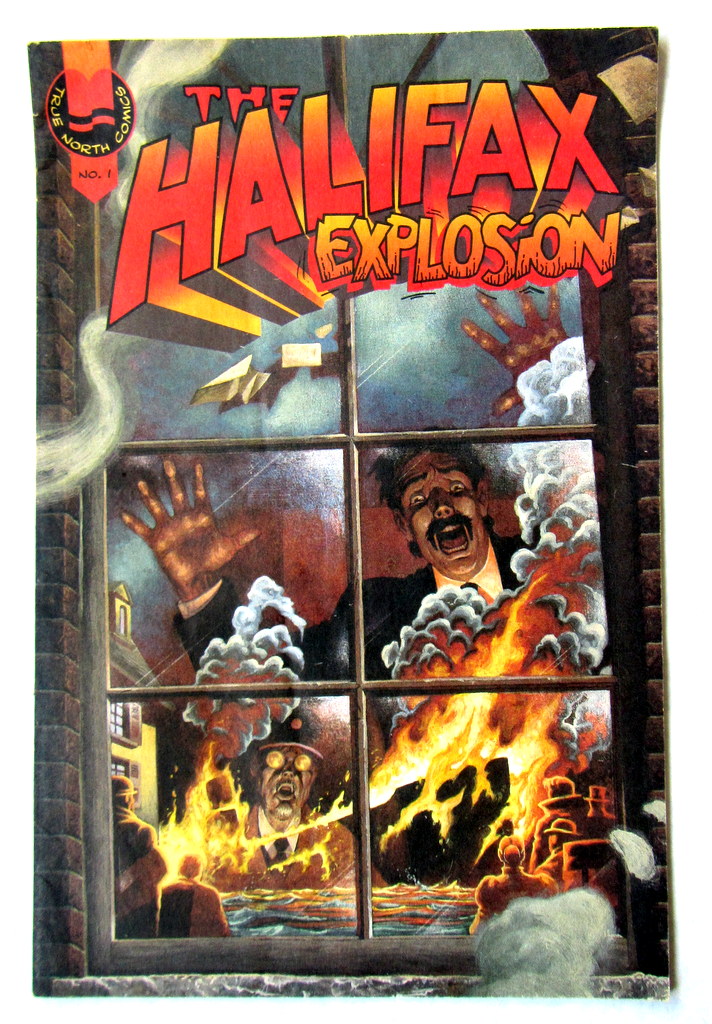 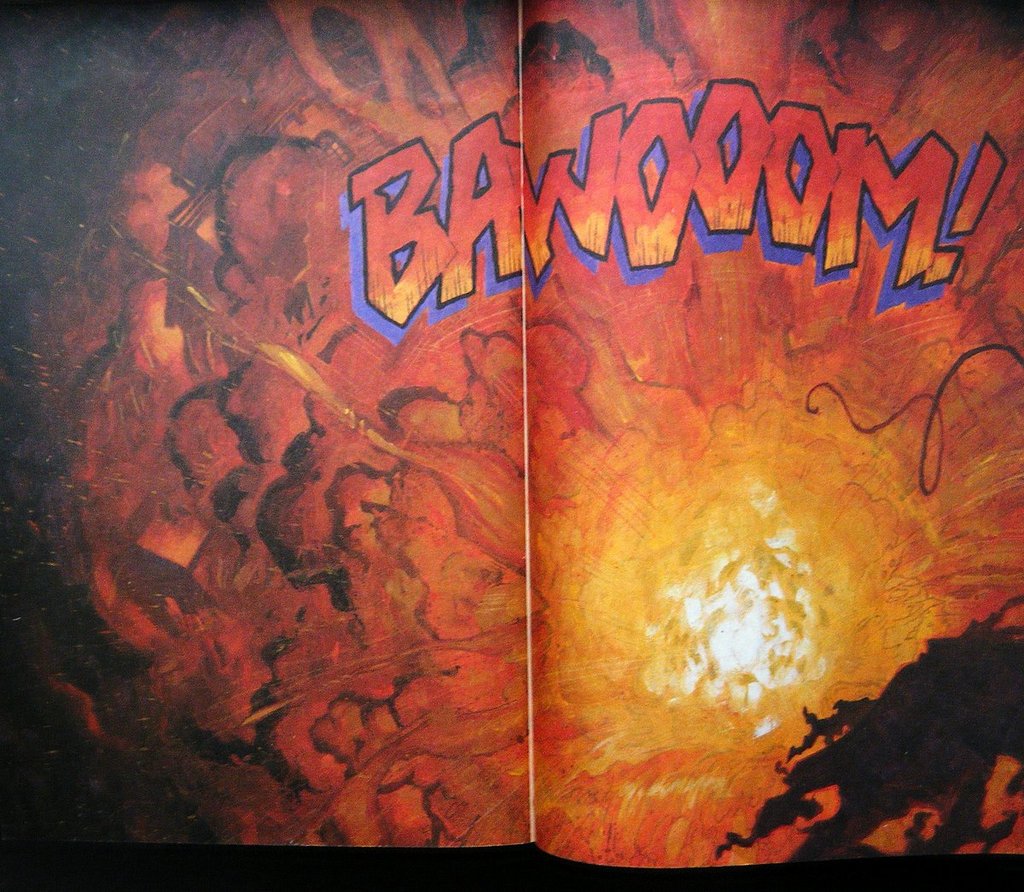 I notice that Argyle Fine Art has a very cool print of Vince Coleman with his telegraph key making the shadow of a locomotive. 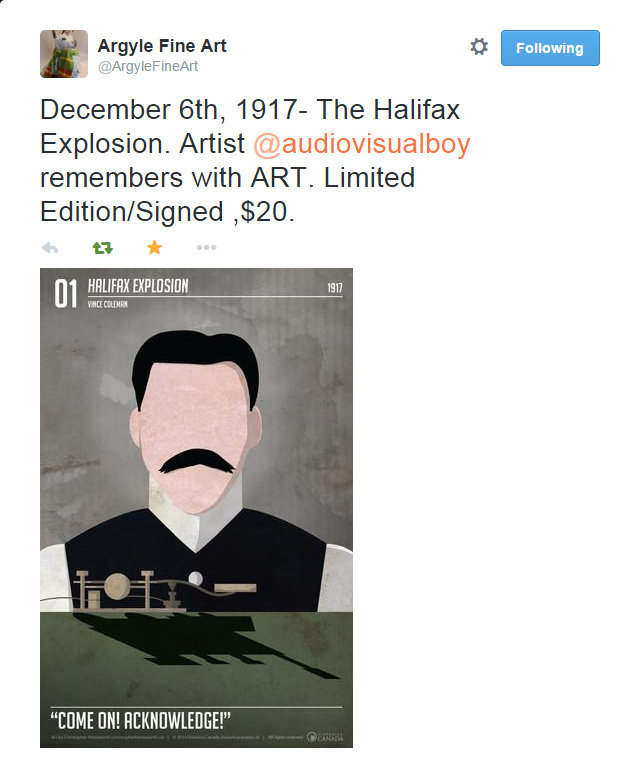 When we were retrieving the personal effects of Explosion dead from the cellar of Province House we were observed by little mice, peeking out from behind boxes.  As I remember this now  I can imagine a children’s book about generations of mice who curate this collection and honor the victims until the late century humans show up.  You’re welcome.