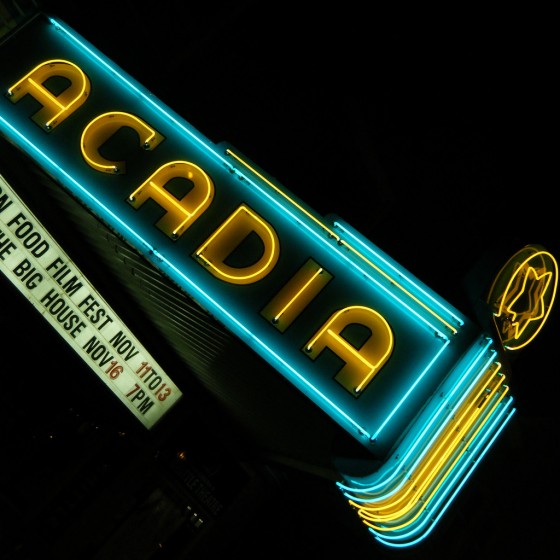 Will we see you in Wolfville for Devour? I hope so. Devour is the Food Film Festival held November 12-16, 2014. It is a big deal, and worth making the effort to sample a little or a lot. So go off to their site and start exploring.

If you are still here let me tell you why I’m a fan. We took in a good chunk of Devour last year and attended the two earlier iterations of the festival when it was a Slow Food Nova Scotia-sponsored event called Slow Motion. So I’ve seen a bunch of food-themed films and I gotta say they stick with me in a way that I can’t explain. Often the makers of the films were present and you experienced their sincerity and focus. This year I’m  looking for more well-curated films and a chance to hear folks connected with their creation. Besides the films there are tons of other food-themed events (I’ve signed up for a mixology workshop and Sheila is going to hear much-loved cookbook author Lucy Waverman). But one of the best experiences is spending time in Wolfville at this time of year. If you walk down to the waterfront you get this view of salt marsh and Blomidon. Pro tip: there is a similar view when you go into Pete’s to pick up a sandwich or an aubergine. Really, it feels a bit like wandering around the set for one of those amusing films set in a small university town. Young people with coffee and devices, film industry professionals in black with messenger bags, and maybe some flannel country folk (with PhDs in philosophy). Remember Wolfville has one of the best Saturday farmers’ markets, a downtown cemetery with wonderful gravestones that date back to the 18th century + plus a little cast iron, and many great independent shops (we always look at lighting). And the university has good buildings to observe or wander into. See what is on in the Art Gallery. Visit the Robert Stern-designed Irving Building (left photo); you won’t find better materials and detailing anywhere in the province. The Irving Garden is amazing and nuanced.  Sample often to fully appreciate its sophistication. And of course there is food! Last year Devour hosted a food truck rally. (The first in the province?) They are back again this year. In past years we have done the fancy meals that are themed to go along with feature festival films. You see a great movie, and then walk to one of the great restaurants and have a meal prepared by local and visiting chefs that uses the film as a muse. For example last year we saw a sweet film about an Italian shepherd who takes a flock of sheep to the centre of Milan. One of the courses at Privet House was lamb tartar with a raw quail egg. Deliciously memorable (or hard to forget). Come hang out. Watch some movies. It will be great to see you.