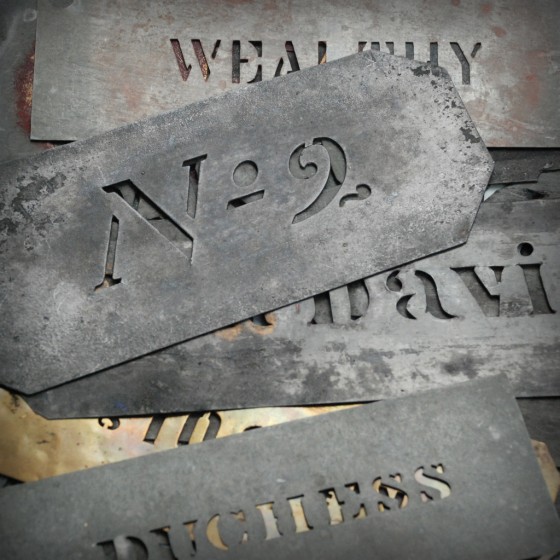 We are in the midst of apple harvest, a perfect time to get out the apple barrel stencils.

You may have gathered that I’m fond of type and letter forms. I don’t have any particular knowledge or insights, I just enjoy looking at them. I’m also a fan of stenciling and other low grade methods of creating multiple images (like rubber stamps). So when I realized in the 1970s that antique stores sometimes had little piles of apple barrel stencils I would keep my eye out.

These stencils were cut out of sheet metal and probably date from the late 19th century to the middle of the last century. They record the names of apple varieties or the grade and size of the fruit. Sometimes the name of the grower and his community could be found.

Gradually I realized to watch for hand-cut stencils like the AM Whitman example (look at at those lovely Es). These contrast with machine-cut stencils that were nice but lacked the individual character and energy. But if I discovered a favourite apple variety, like Gravenstein or Bishop Pippin or a great number, then machine-cut examples were welcomed to the family. 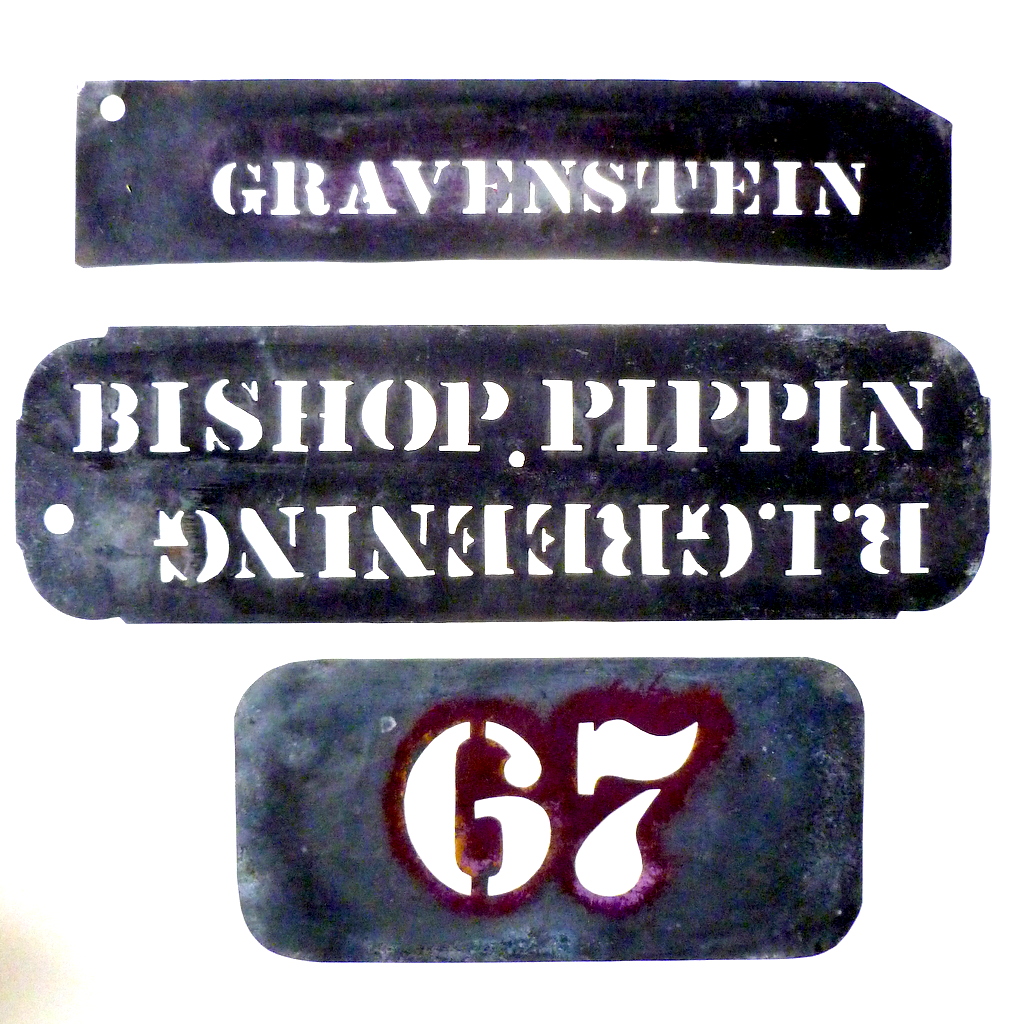 Here are a couple of small machine-cut stencils that were too good to pass up. 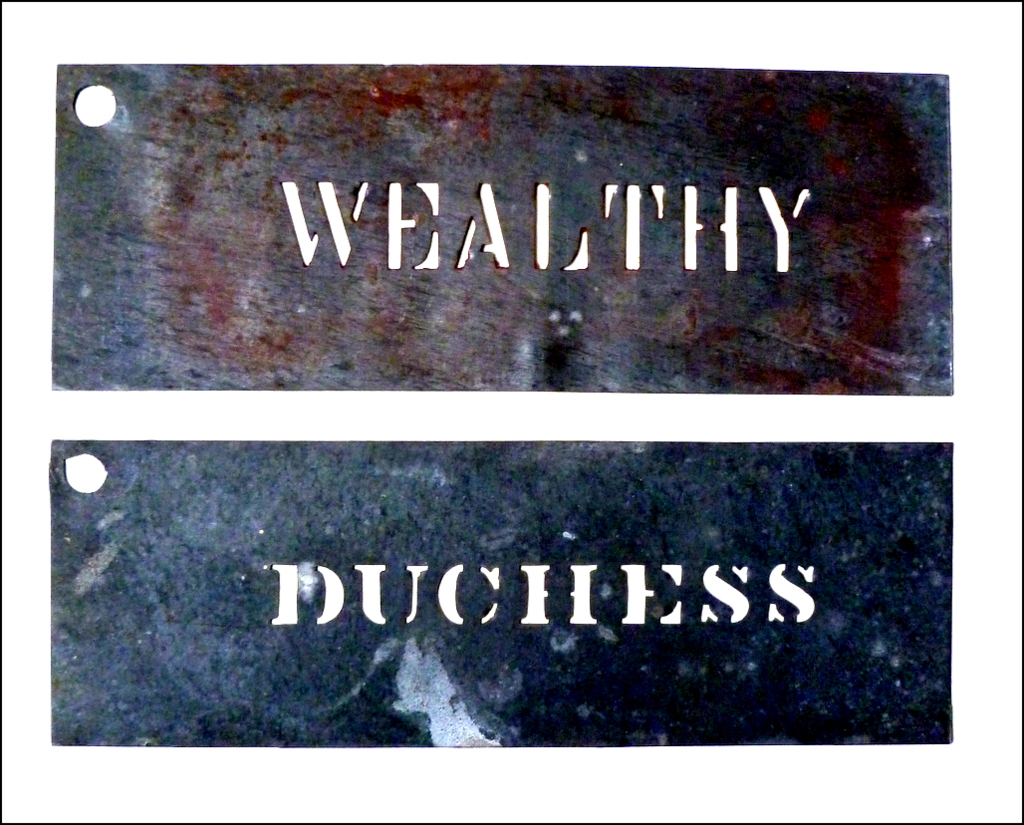 And some spirited hand-cut variety names :

Here are three examples of different qualities of hand-cut stencils, from the very refined to the tentative. 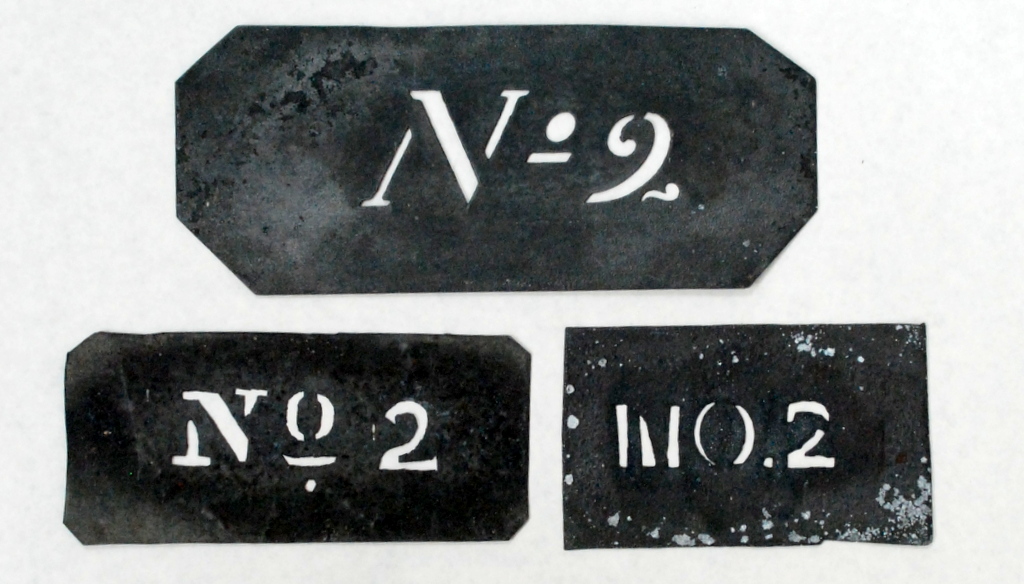 Take a closer look, compare these different approaches to rendering an “N” in stencil form. My idea of fun! 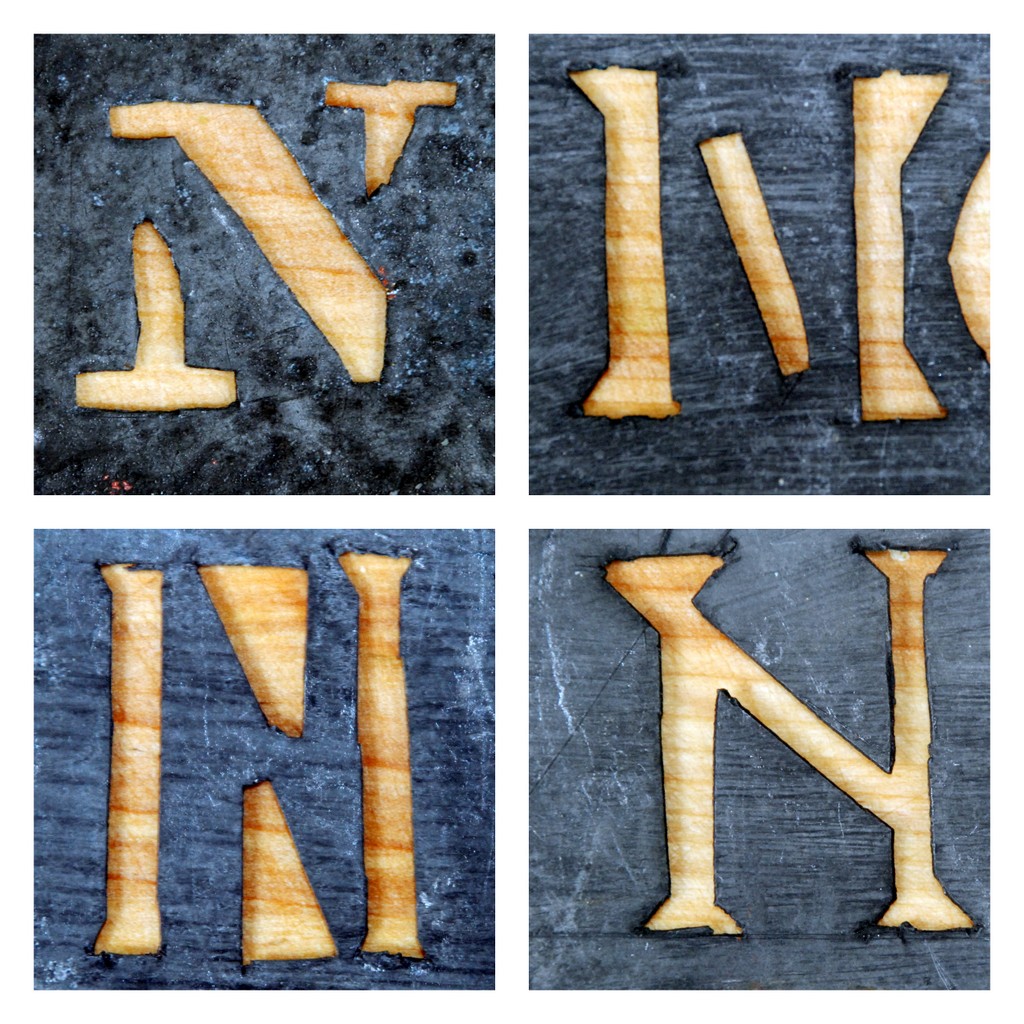 The ultimate stencil covered the whole head of the barrel. 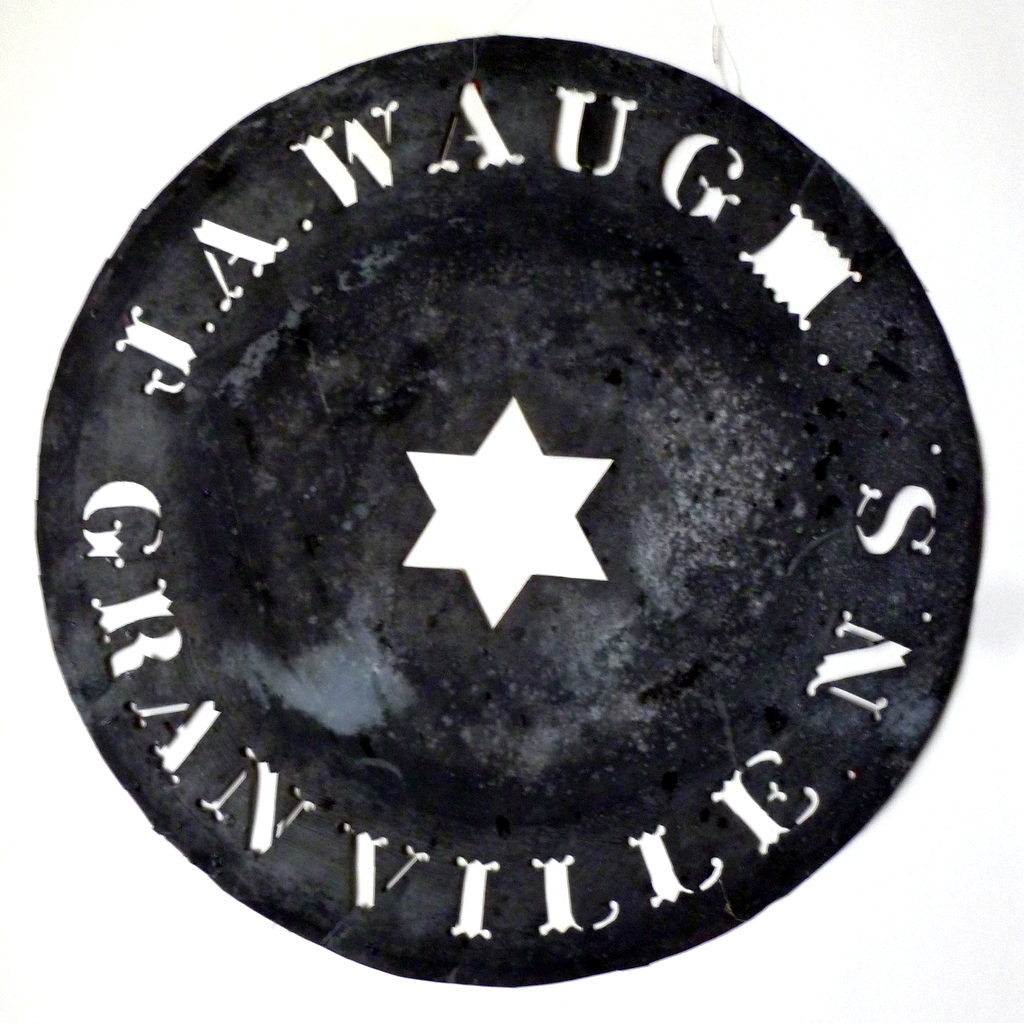 I have tried using the apple stencils, but they are more interesting as objects (although mostly they sit in a cupboard). One stencil I have used is one that was made in Lunenburg. A couple of years ago on a historic building tour, senator Willie Moore was demonstrating a stencil-cutting machine in one of the old shops on the waterfront. He punched out a paper stencil with the name of our property “Rockburn.” I have used that stencil with icing sugar on the stollen we make at Christmas. 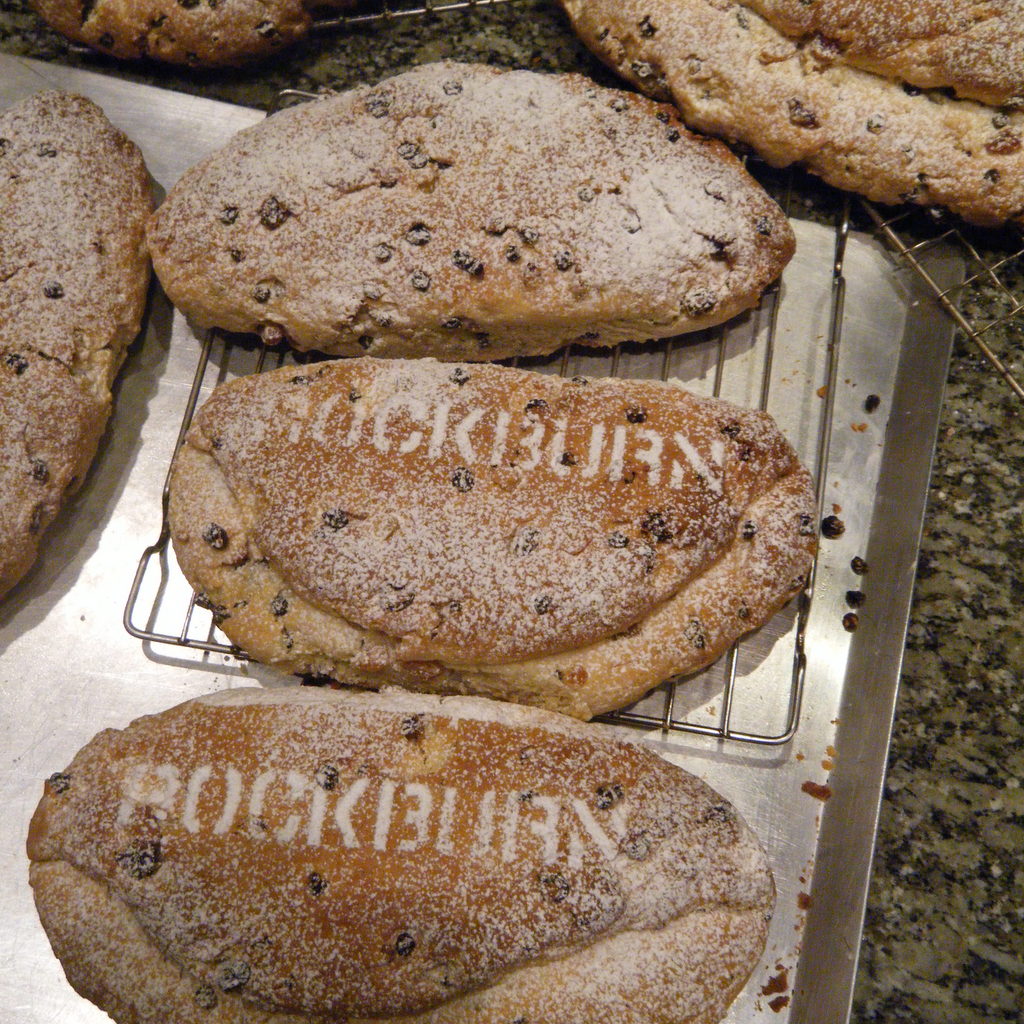