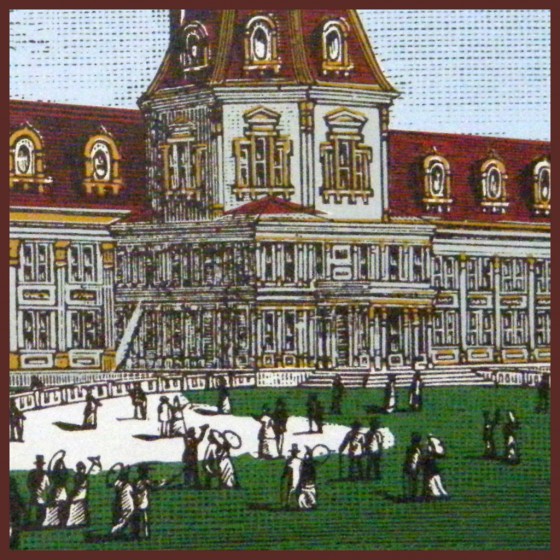 The Maritime Fall Fair is on at Exhibition Park.  I think of this as a pale descendant of our giant industrial and agricultural exhibitions that began in the 19th century.  The first permanent exhibition building was a wonderful confection in a surprising location and is not well remembered.  On Halifax heritage Facebook sites  illustrations of the building are sometimes misidentified.

And where was it?  Facing Victoria Park, between University Avenue and College St where All Saints Cathedral and its leased lands are now. 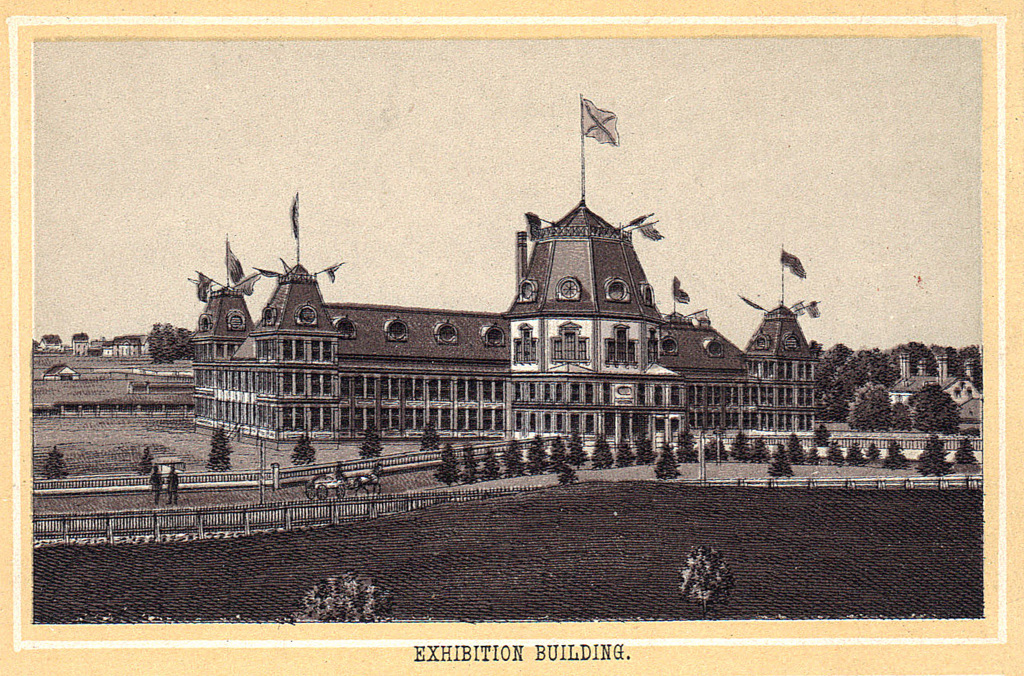 The building opened 135 years ago on September 30, 1879.  We are accustomed to  civic buildings taking a while to build – this was erected by 70 carpenters in three months. Inside there was a big open space (210 feet by 60 feet ) surrounded by an 11 foot wide gallery.  There was overhead shafting run by a steam engine so that industrial equipment could be operated while on display.

Back in the 1970s , when I learned about the building I was amazed that such a grand structure could be largely forgotten.  I was taking an evening class in silk screening at the time and using an old engraving made this print of the building. A contemporary newspaper story described the colours the building was painted and I tried to represent those. 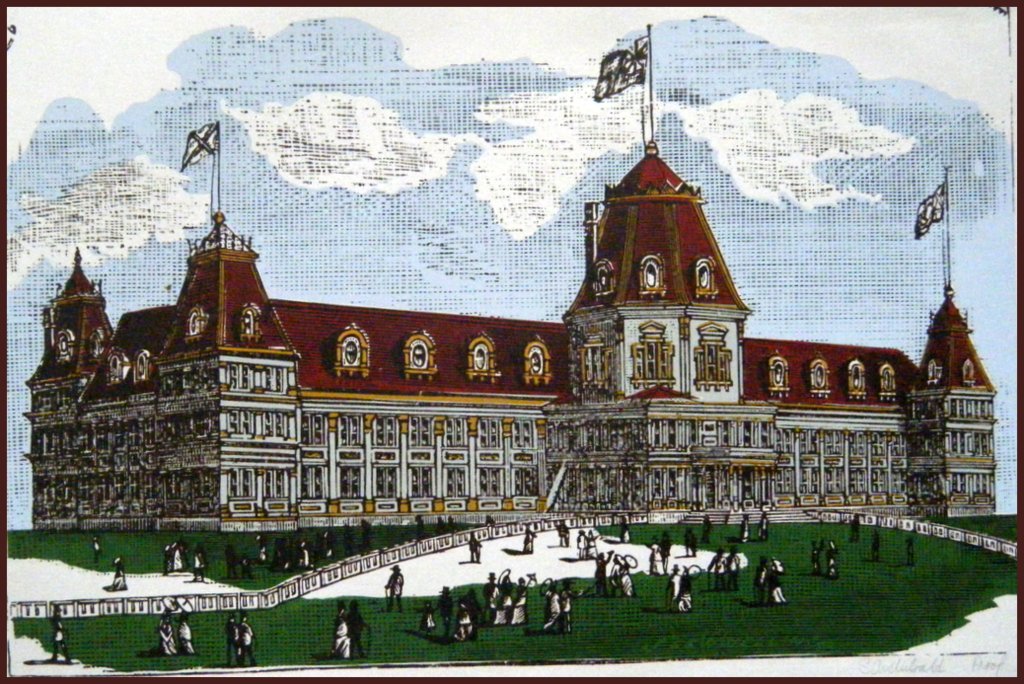 On the Archives site there are a number of  great photos of the building. This one gives a good sense of the interior structure (there is an ice surface ready for winter carnival).  The floor to ceiling windows gave “the appearance of crystal walls.” 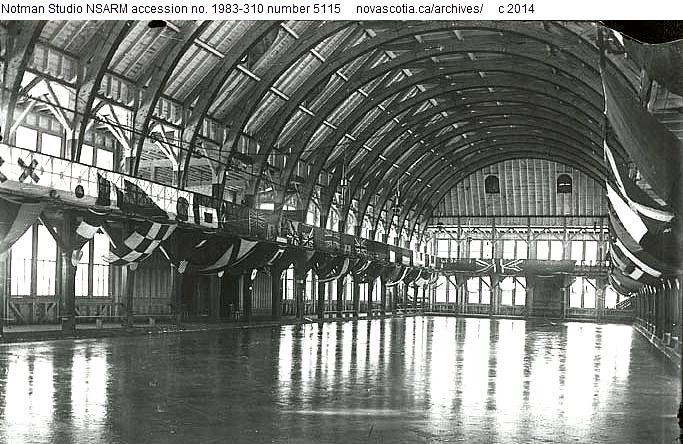 In 1897 a bigger and better complex of exhibition buildings was built on the site where the Forum and postal station are today.  Those buildings were destroyed in the Explosion.  Our building  was moved on rollers to the South St / Fenwick Street area and used as a rink. I don’t recall when it finally disappeared.