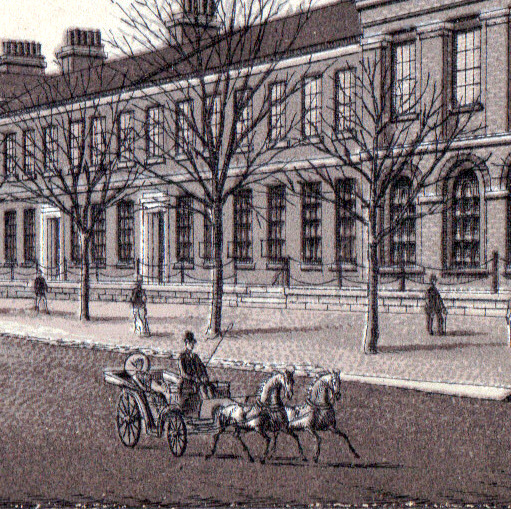 Tourists often want a picture souvenir of the place they visit to show folks at home and as reminder of their travels. There are some wonderful Nova Scotian  examples that show what was considered memorable.  That changes over time.

I’m particularly fond of a little (15 cm tall) booklet that is beautifully printed and probably dates from the late 1880s.  Here is the hard cover with its trendy typography of that moment. 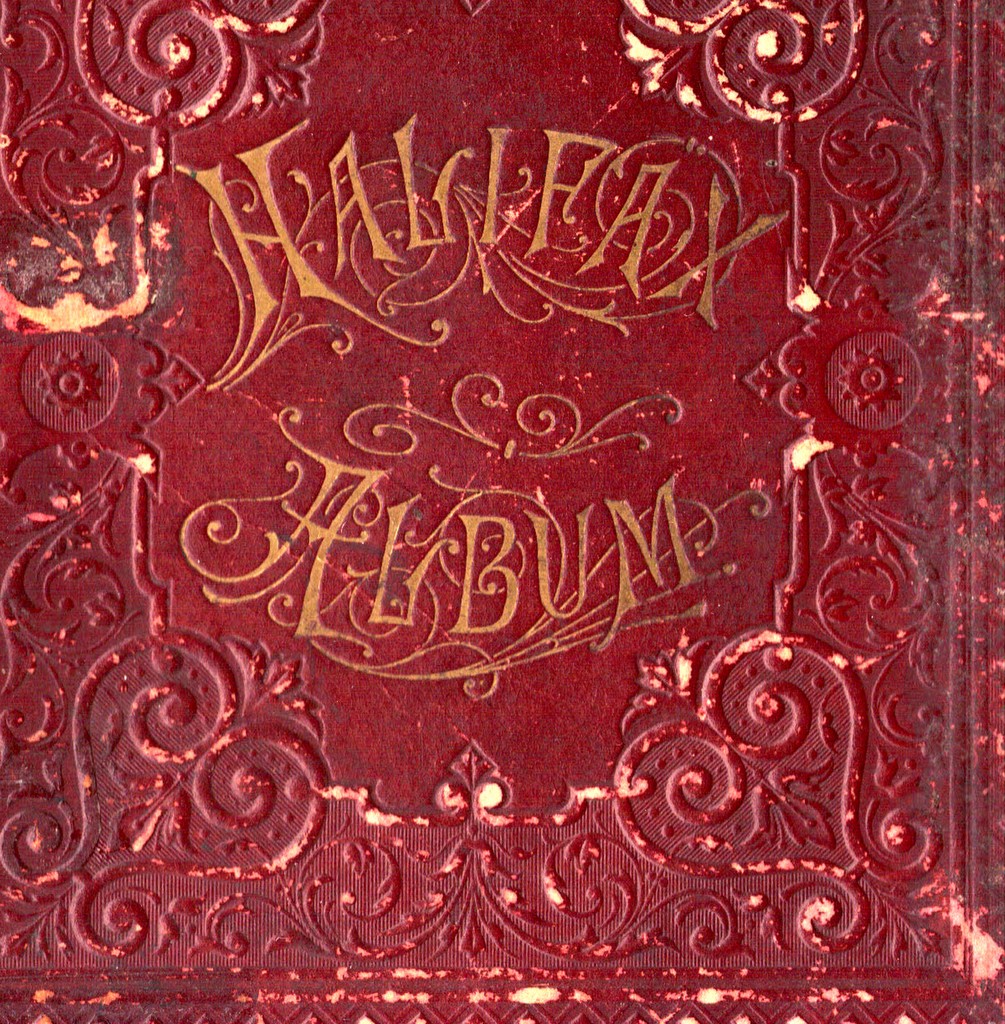 Most of the pictures in the album are  enchanting  portraits of what must have been considered the most interesting buildings in the city.  The image I used in the last post on the Exhibition Building came from the Album. 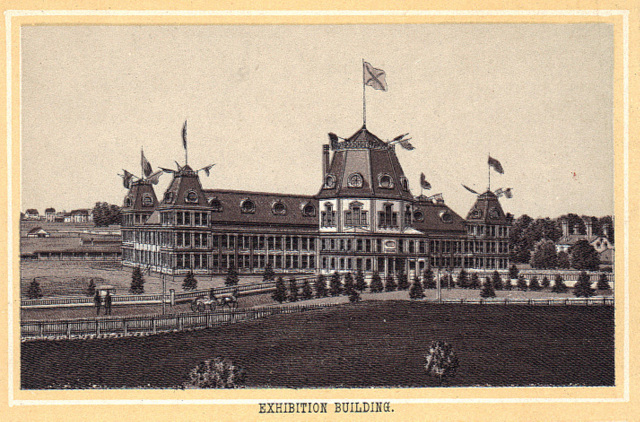 I’m pleased to see than many of the illustrated buildings still exist. For example Horticultural Hall in the Public Gardens looks identical today.  And the 1887 bandstand is not there so that helps date the book. 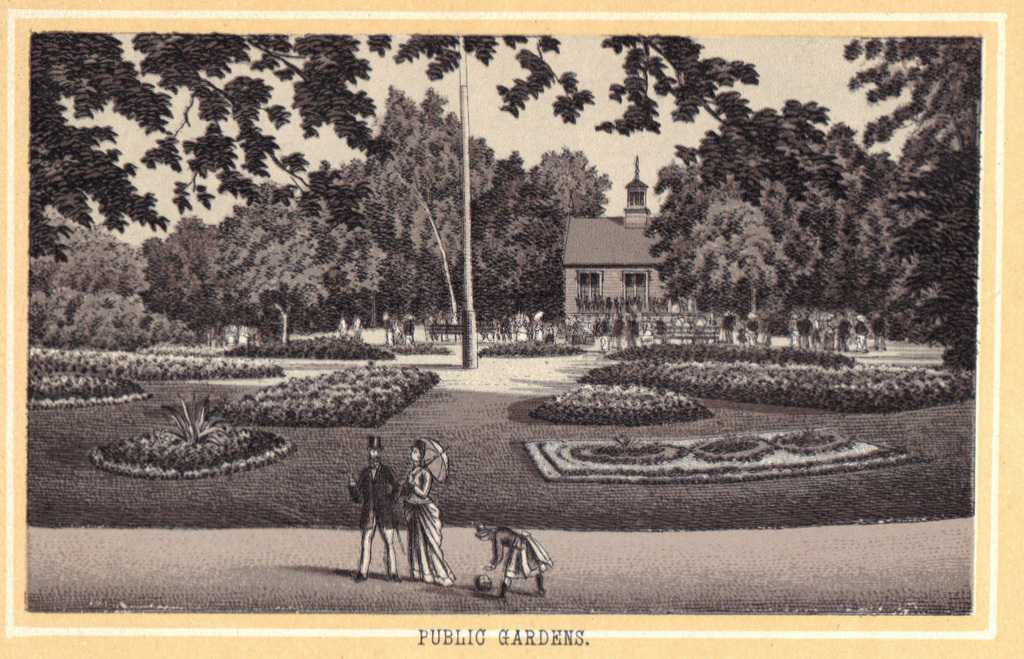 The 1879  Halifax County Academy building at the the corner of Brunswick and Sackville,  now houses the NSCAD film program. 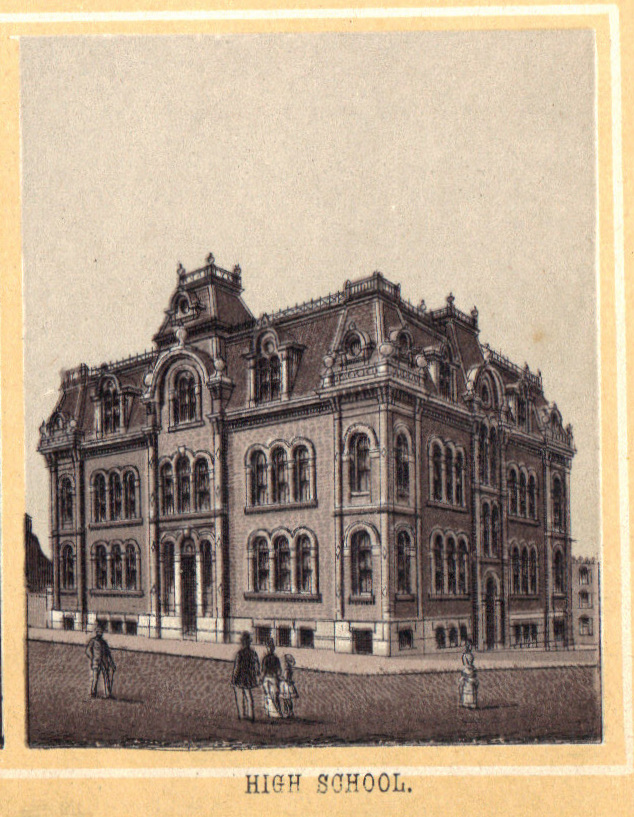 A familiar street view up George Street to the Town Clock.  The Art Gallery of Nova Scotia and the railing of the Legislature on the left are unchanged.

Speaking of the  Art Gallery this is what it looked like when it was filling its original function as the Post Office. 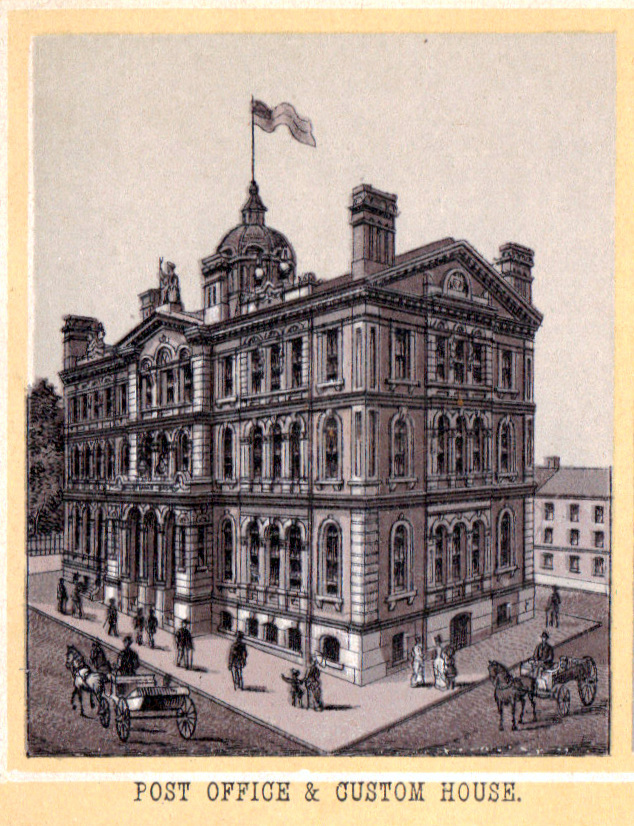 And the Court House on Spring Garden would be about 30 years old when this Album was printed.  Wings were added in the last century  so it is much wider today. 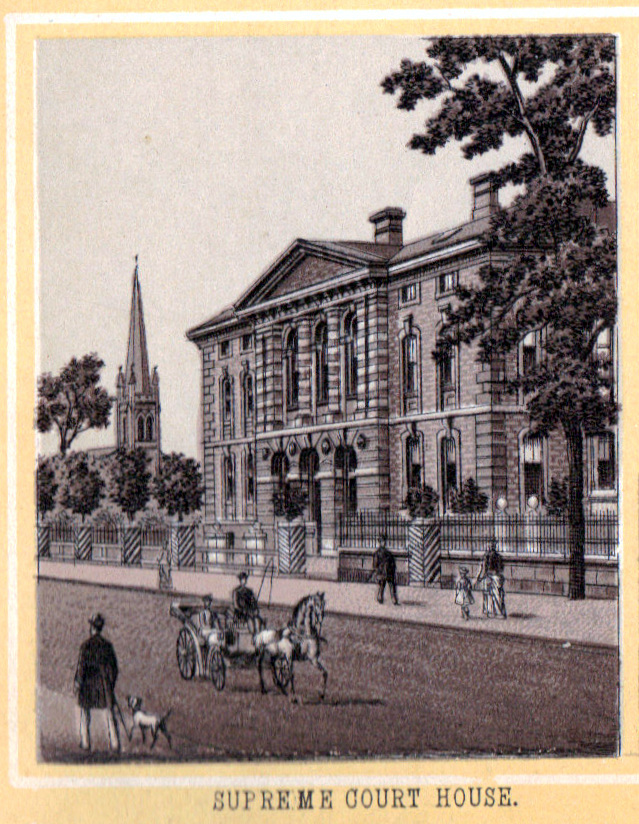 The three surviving downtown churches are very recognizable. The Garrison  Chapel was below Staples at the corner of Cogswell and  Brunswick. 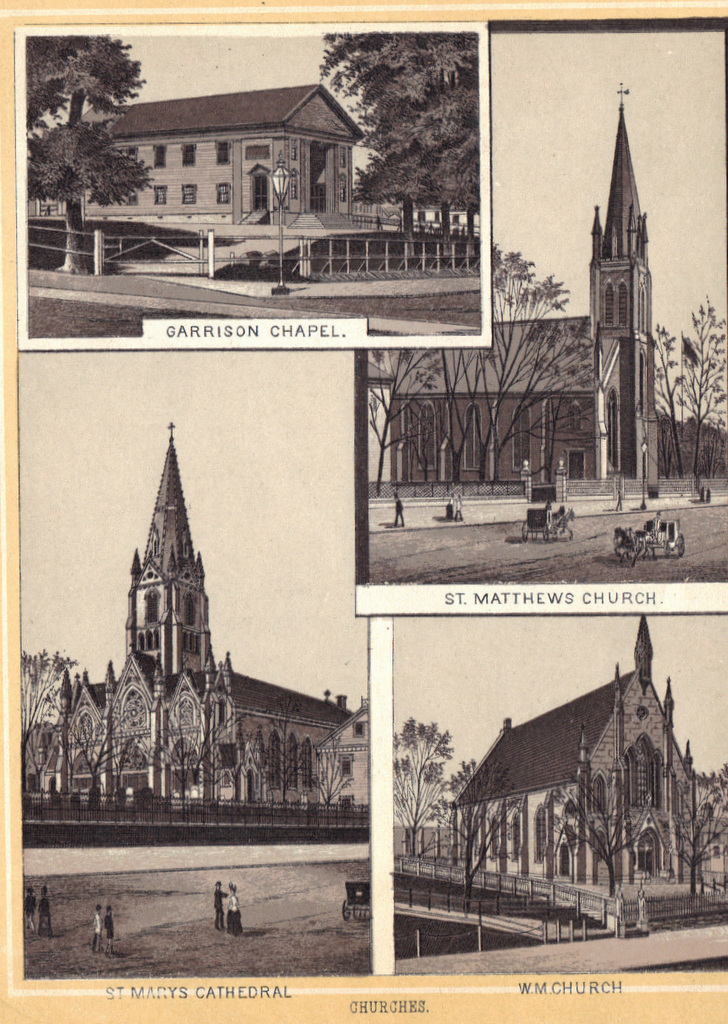 I like to promote the Wellington Barracks because it is relatively unknown and survives with its exterior intact (I’ve never been inside so don’t know how that has fared).  Look for it behind the walls of Stadacona.   It was very significant in the construction history of Halifax  because it was such a large project.  I wrote a note about it a couple of years ago in Spacing Atlantic. 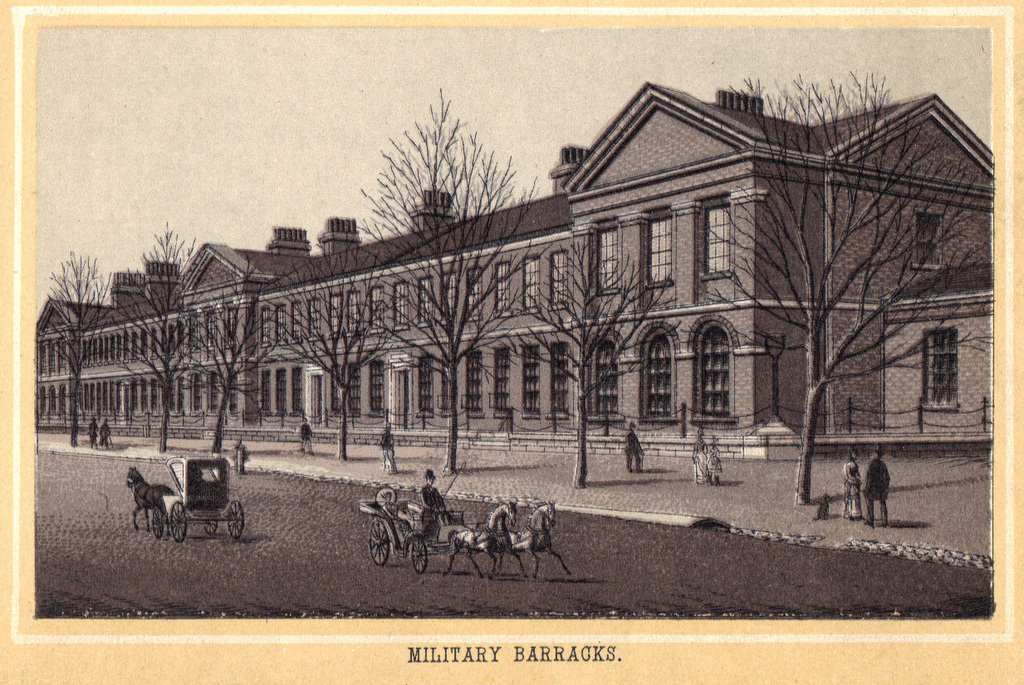 Eventually I’ll show you illustrations in the Album of buildings that no longer exist.