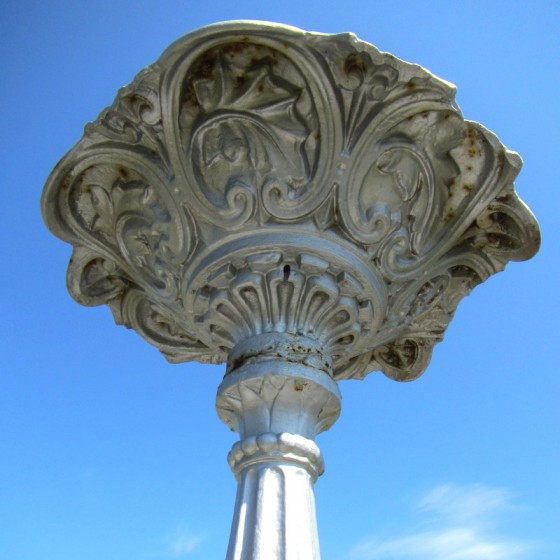 Around 1970 I had summer jobs for a number of years in Cape Breton.  Friends from university were natives and drew me into their love for the Industrial Area and bungalow culture.

I recall a guided tour through streets of workers housing that pointed out the diversity of bootleggers: this one for beer, that for rum, buddy if you wanted to sit and drink and quwherefellow if you had been banned everywhere else.  (I forget which community this is in my 1969 photo). 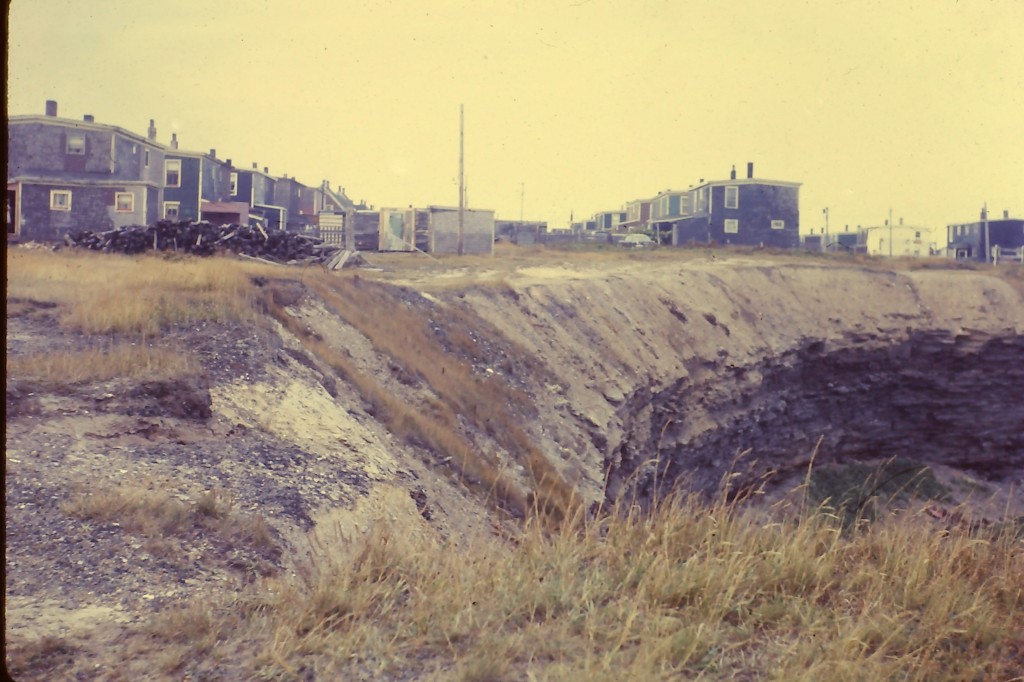 Since then I have not spent much time in the Industrial Area. But last month we had a day to roam with friends. Already I’ve given a glimpse of our visit to Open Hearth Park. Here are some other things that caught my attention.

The focus of our ramble was to look for cast zinc grave markers (what can I say).  This very special late example (1914)  is in Sydney Mines. Zinc! It is kinda amazing don’t you think? 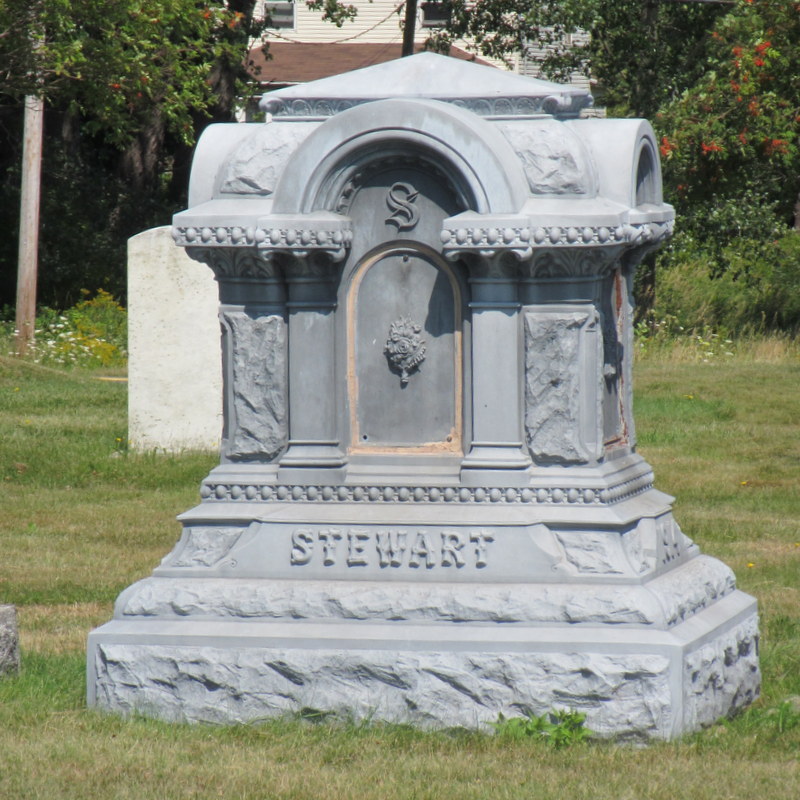 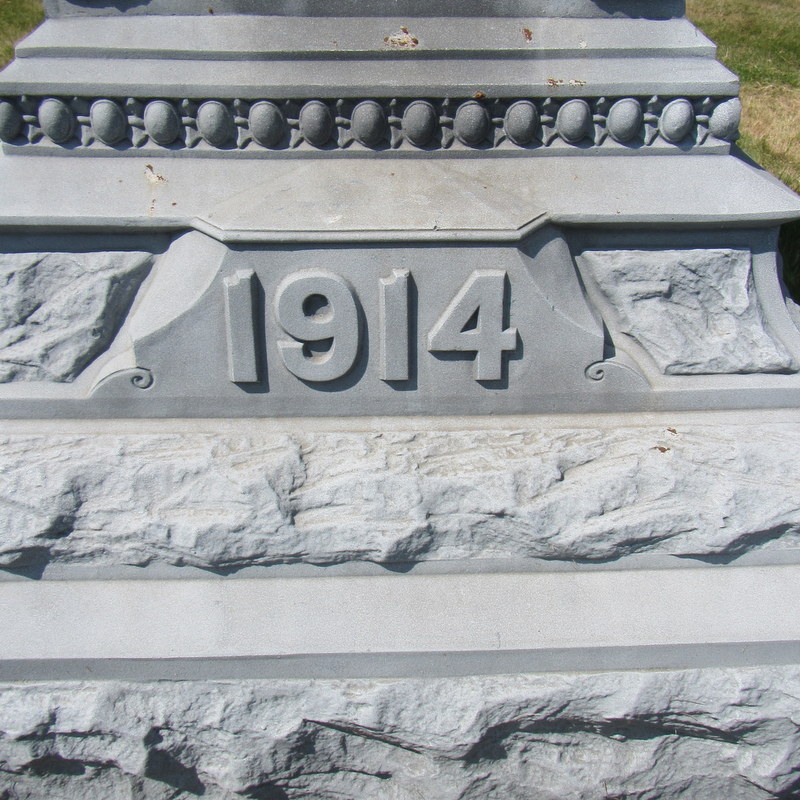 In Sydney we saw a zinc marker from the 1880s with a little face we assume was intentional .  What do you think? 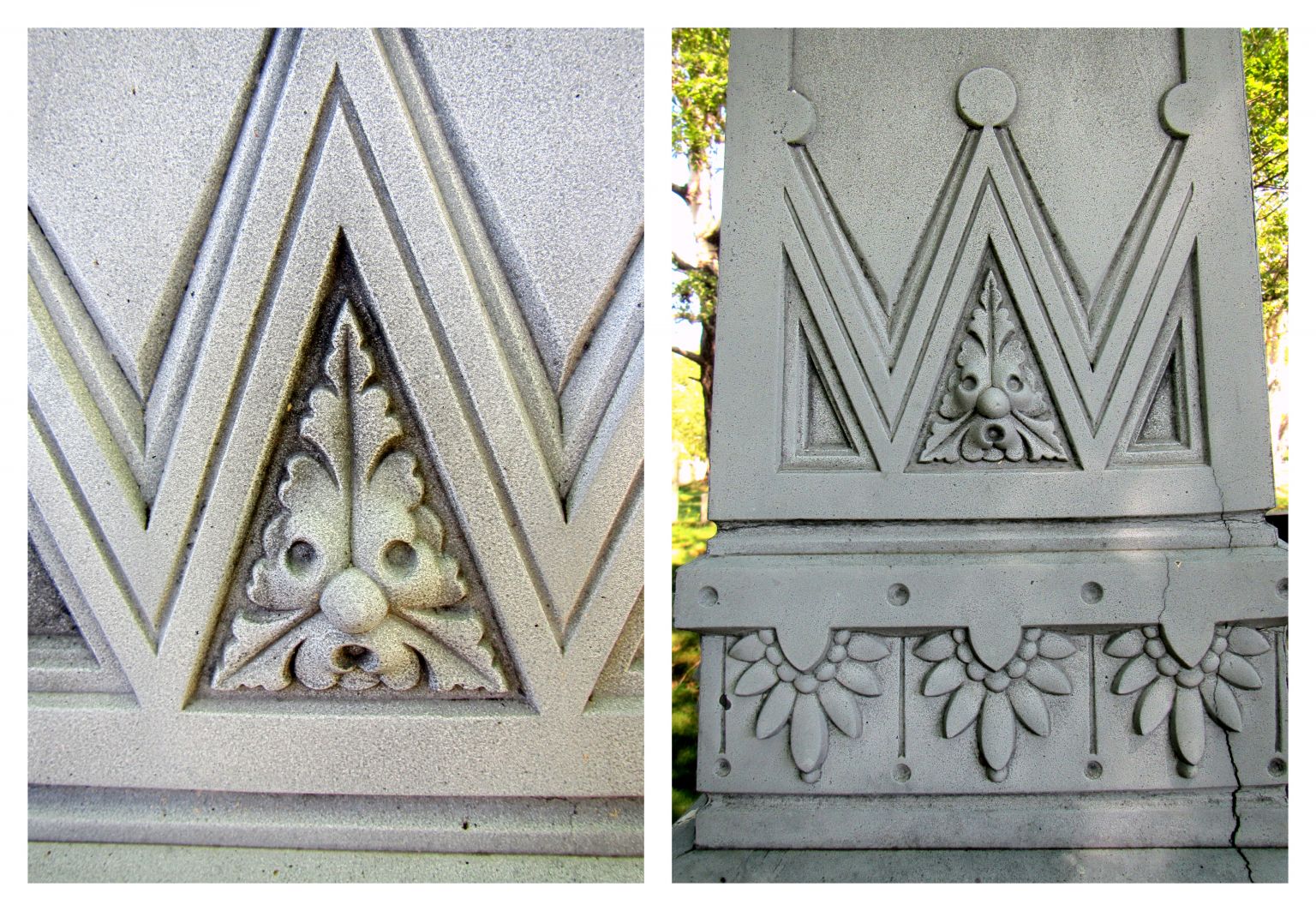 The surprise in the Sydney cemetery was a cast iron fountain made by the same New York maker as the Jubilee fountain in the Public Gardens .  It had clearly had a hard life over the last last 120 or so years but someone had put a lot of effort into holding it together. 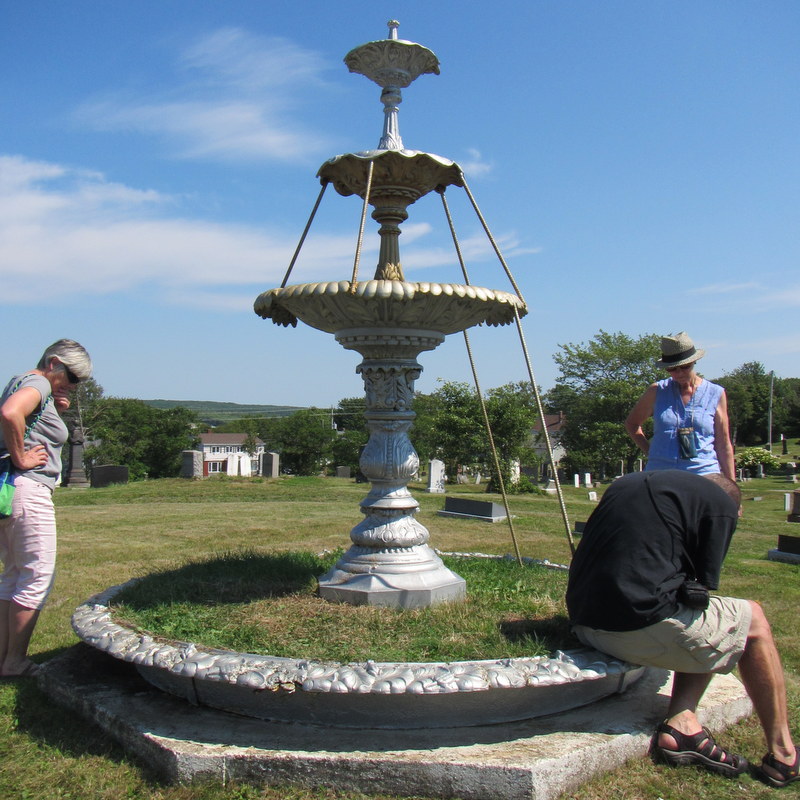 A special treat were the frogs and turtles cast into the rim of the basin. 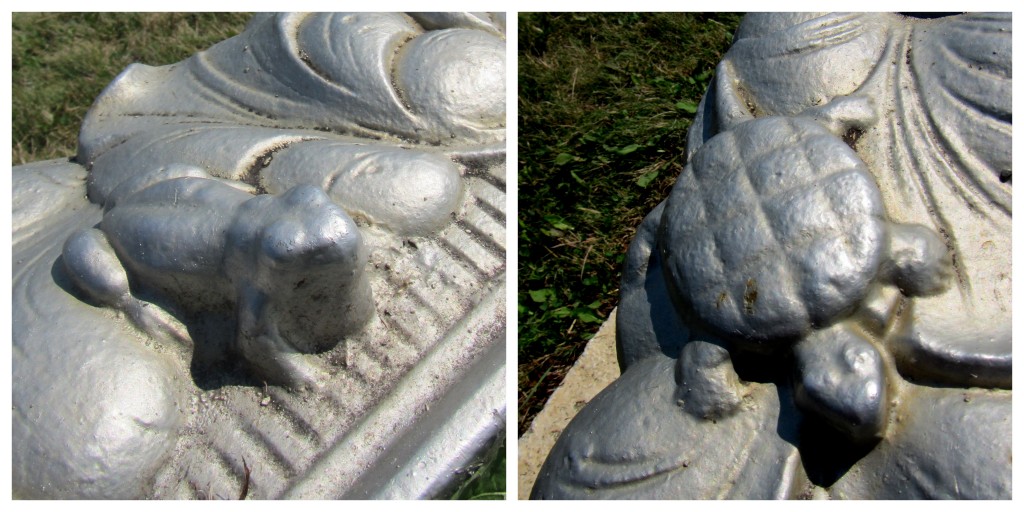 And as a fan of 60s architecture a big Catholic church in Sydney got me out of the car. Wonderful gables and bell structure. 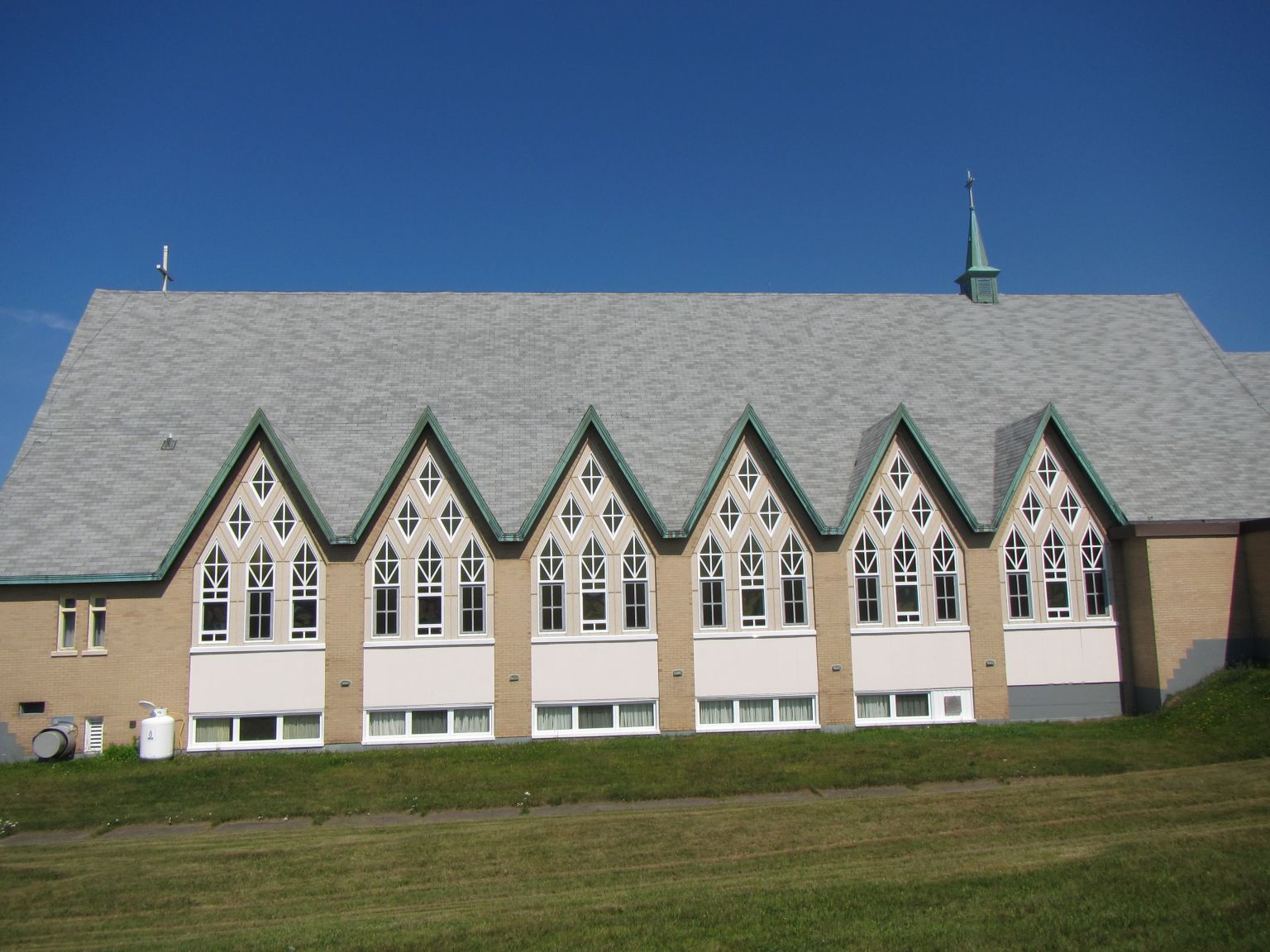 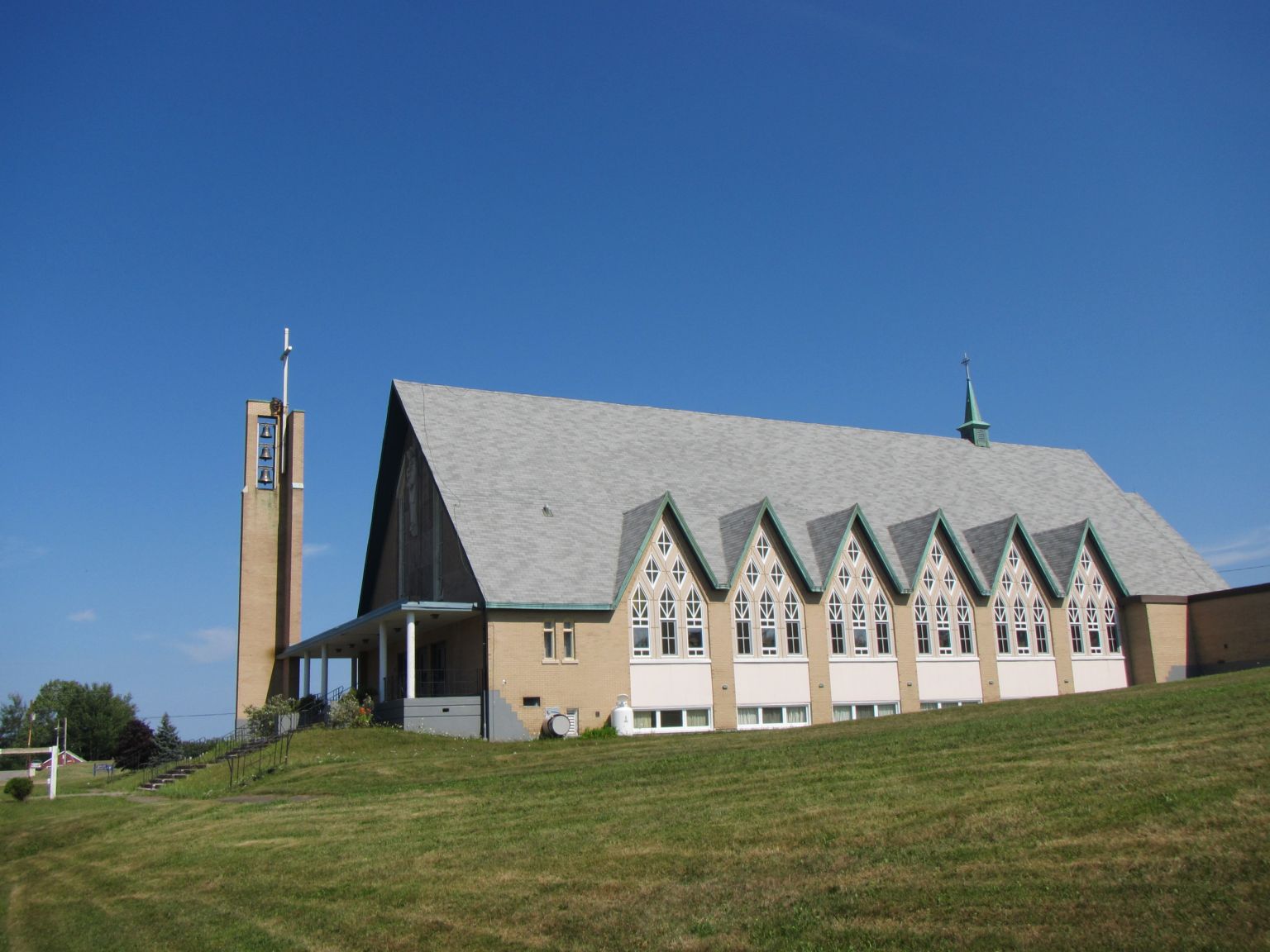 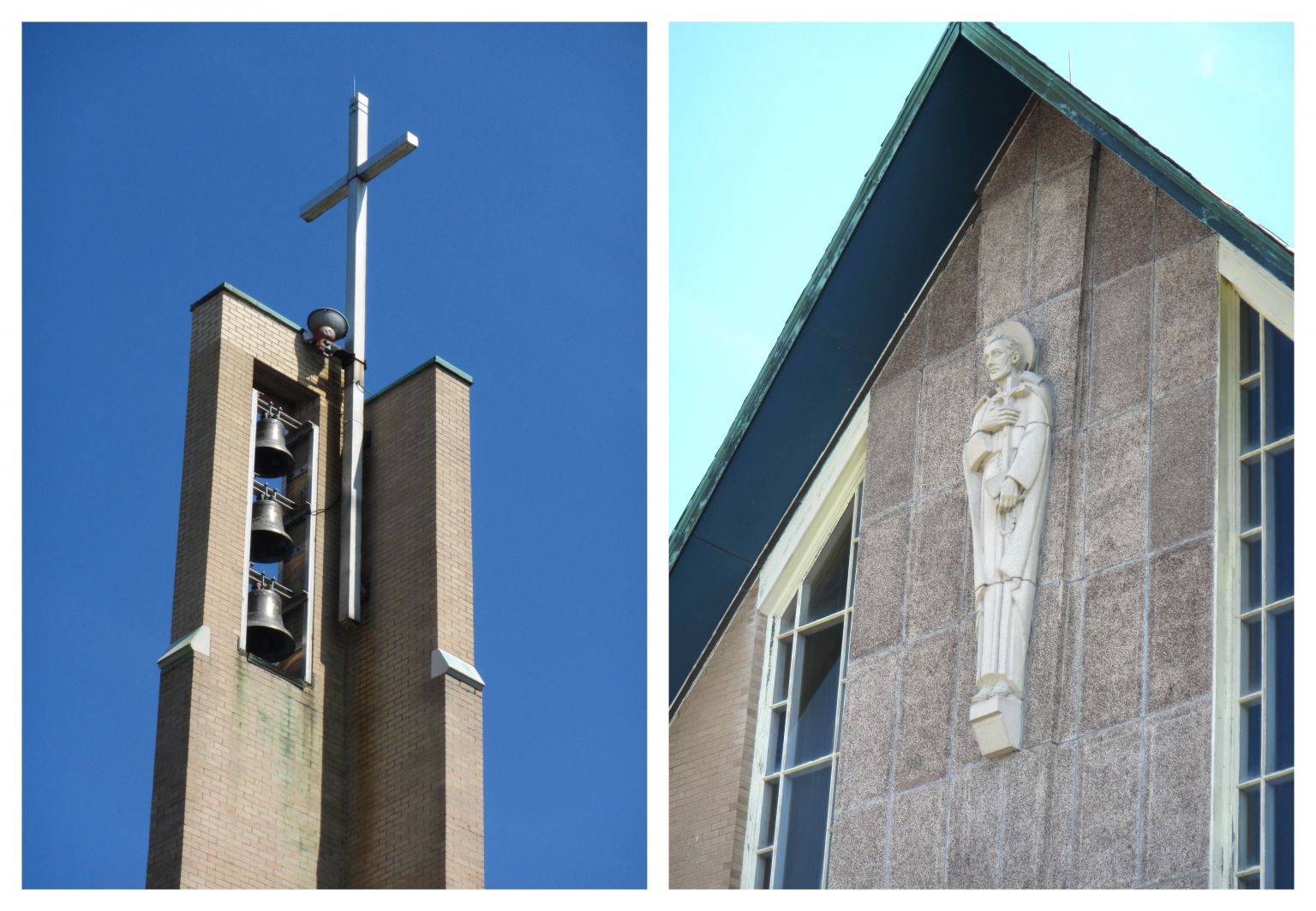 Another drive by was the Miners Museum in Glace Bay.  In the 60s it was the iconic example of modern architecture in Nova Scotia.

Also in Glace Bay I renewed an acquaintance first made in the mid 70s : the Chip Wagon!  This food truck incunabulum has been working in Glace Bay since 1946.  And no surprise,  the chips were great.

Top image is what it looked like when I first saw it 40 years ago. 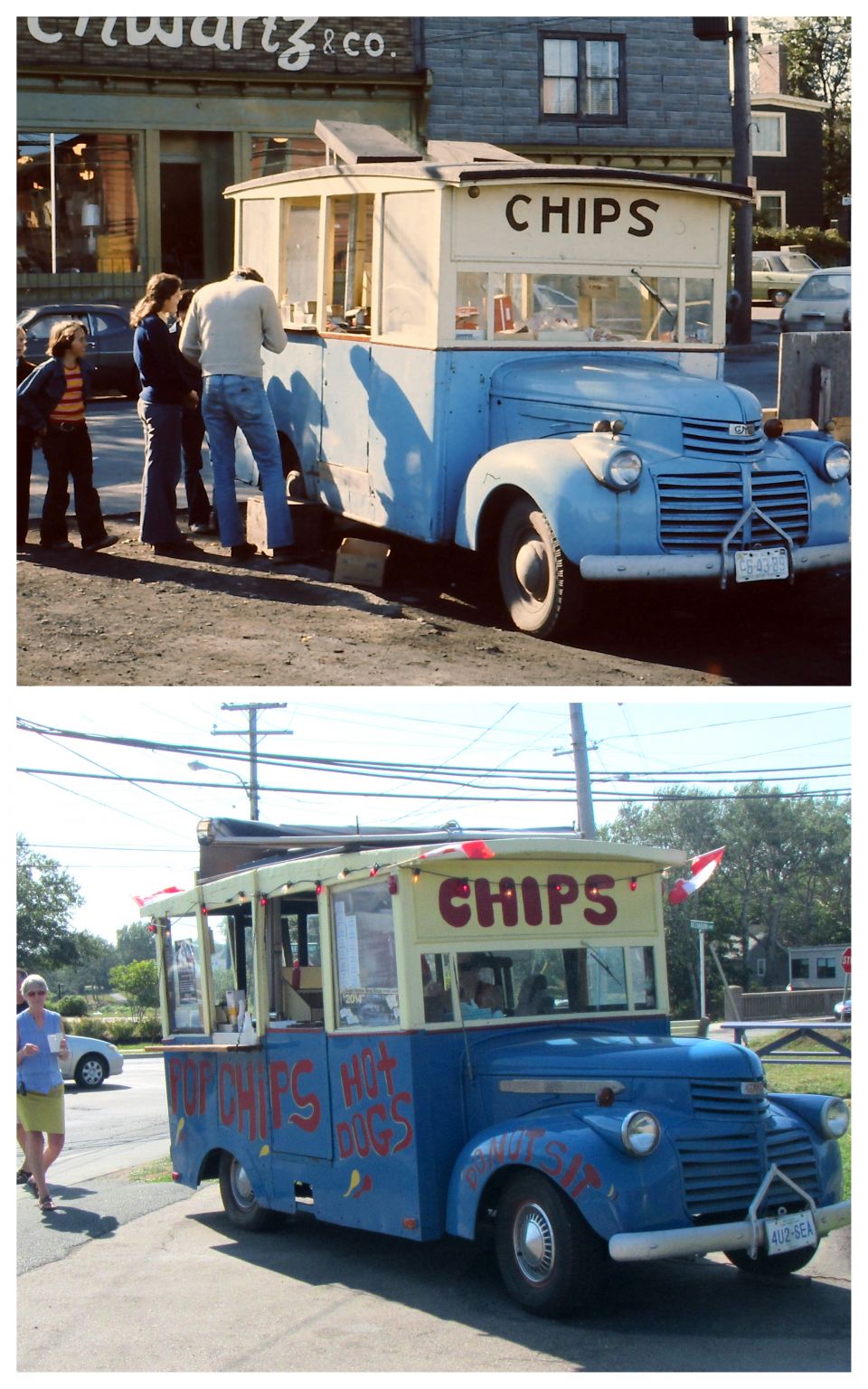 And as a reminder that industry relies on capital here are fragments of former bank buildings: corn from a Bank of NS in North Sydney and a lion from a Royal Bank in Sydney. 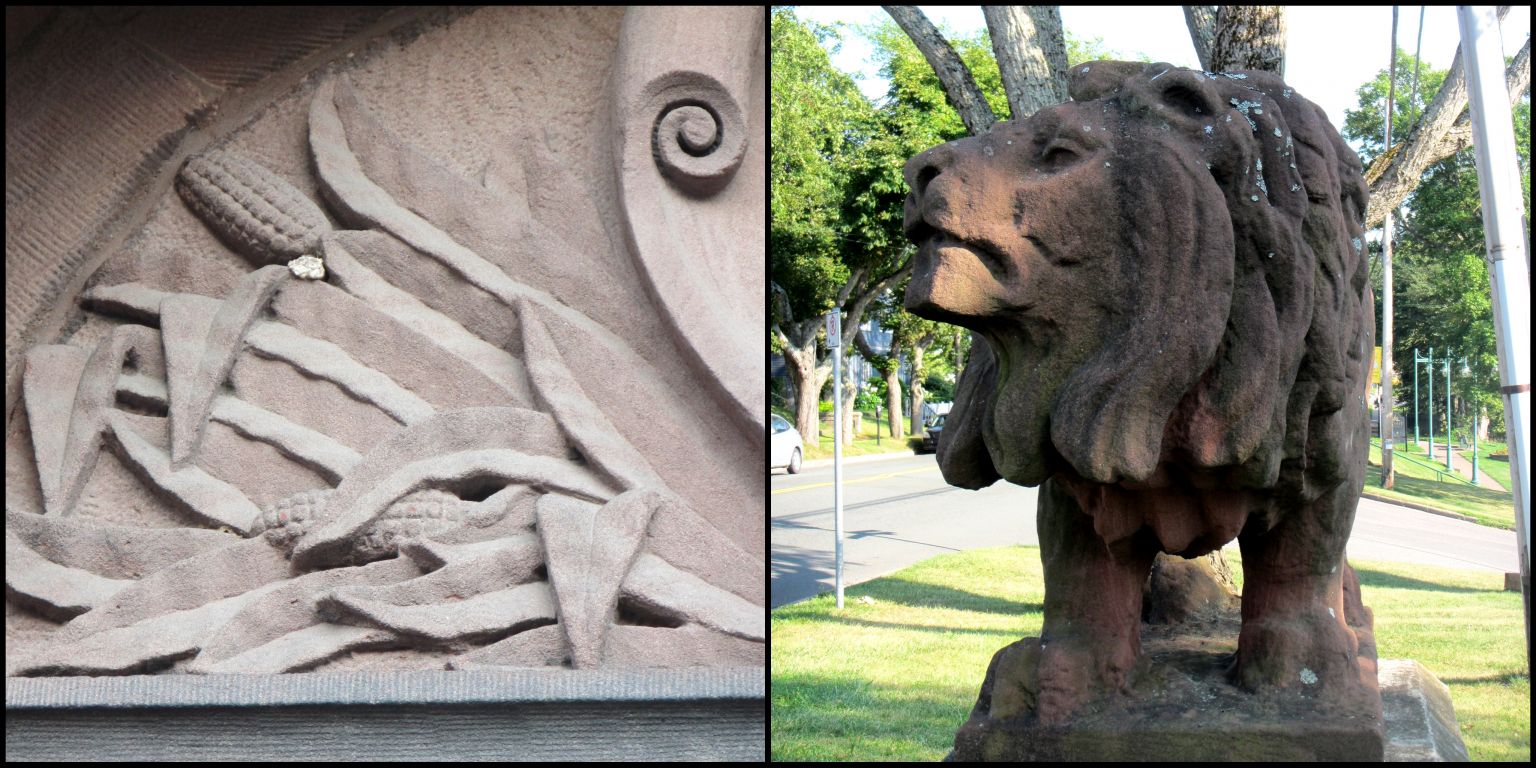 That is all over the place,  just  like our day.  We were well satisfied and pleased to realize there are two good restaurants in North Sydney. And then we got in line for the night boat to Newfoundland.