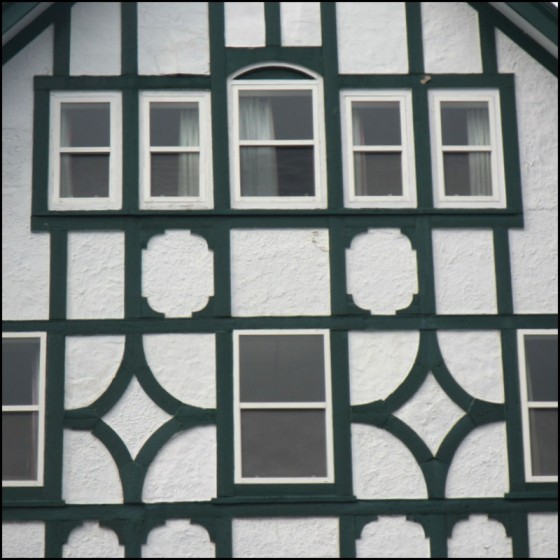 I can’t resist showing you some images from our trip to the west coast of Newfoundland and the easy bit of Labrador. I’ll start with a  topic that will make you feel like you haven’t left home.

Andrew Cobb is the favourite architect of Halifax.  He died in 1943 – an accident while aboard a bus from Bedford to his offices in Halifax. ( Maybe you folks who refuse to use Metro Transit should form Citizens for Andrew Cobb to celebrate the dangers of bus travel.)  I digress.

If you don’t know Cobb he designed many of our major buildings in the first half of the 20th Century, including: the older buildings on the Studley Campus of Dalhousie and Kings, the Provincial Building, the Forum, many picturesque houses in the South and West Ends. Real Estate agents love him. In Bedford there is an Andrew Cobb Crescent off Shore Drive, where he lived.

Here is a little sampler of Cobb buildings in Halifax and the red house is in Wolfville. 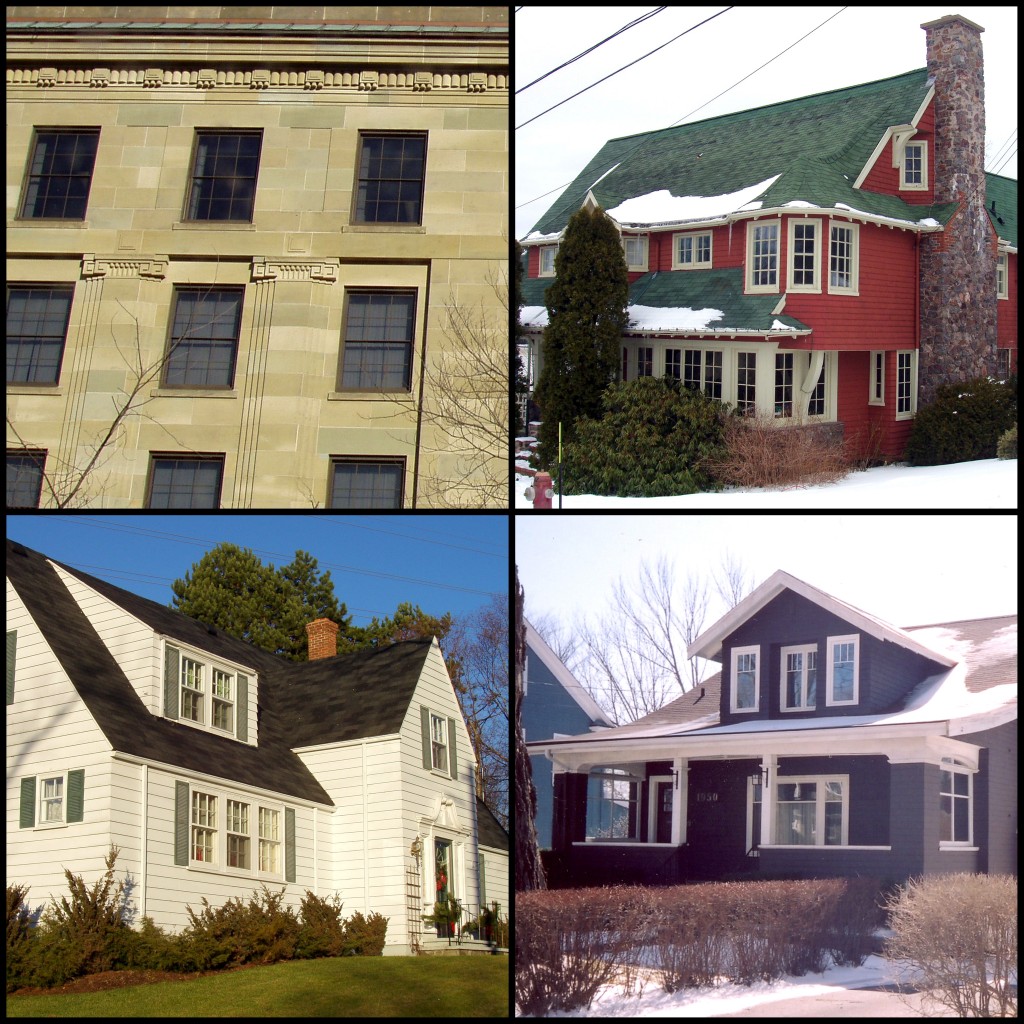 It turns out there is affection for Cobb in Corner Brook Newfoundland too.  Cobb Lane leads to one of his designs, the Glynmill Inn.  In fact Cobb’s largest commission was to design the buildings for the entire new mill town of Corner Brook  starting in 1920.

The Glynmill was a lodge for executives of the Paper Mill  and a hotel.  The distinctive  green colour on the half timbering was probably not Cobb’s idea . 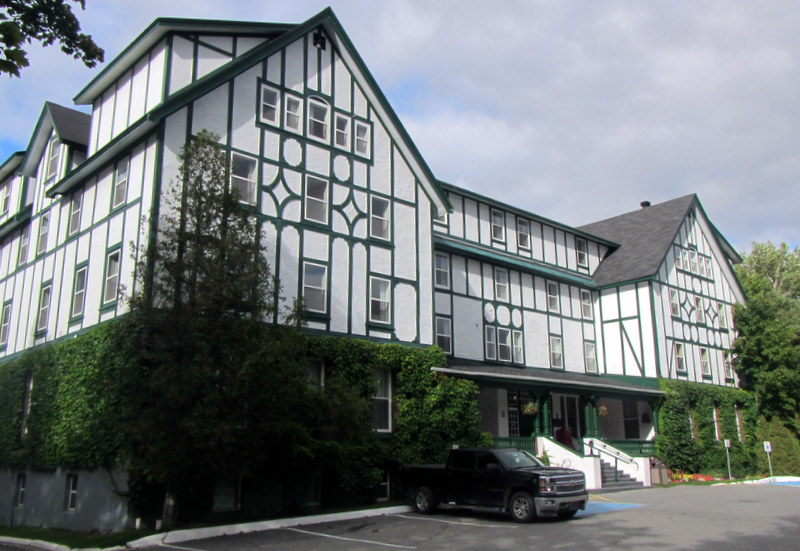 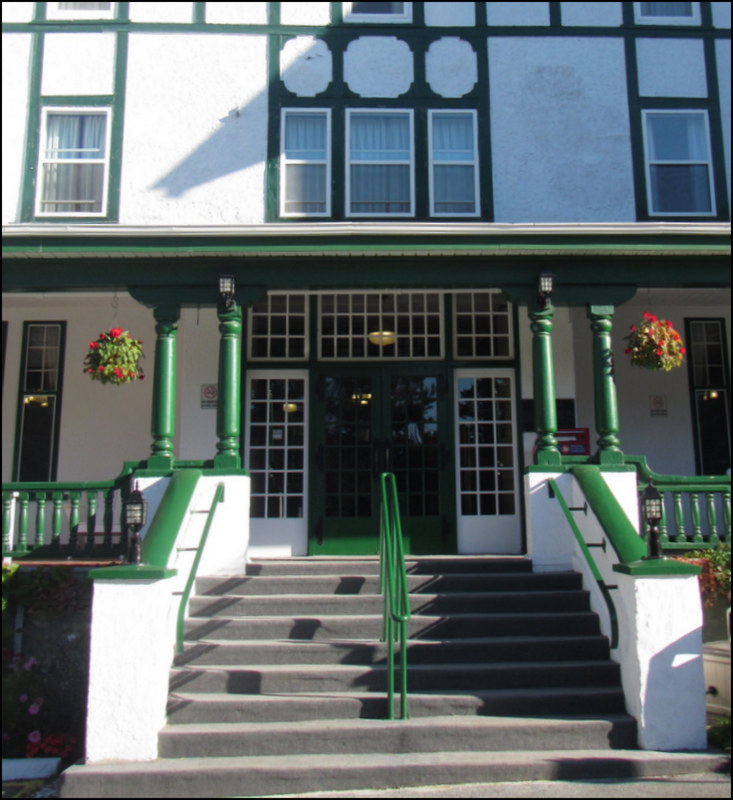 Another large building was designed as a theatre. Cobb did several theatres in Halifax including what became Neptune.  The Corner Brook example  (no longer a theatre) feels particularly British. 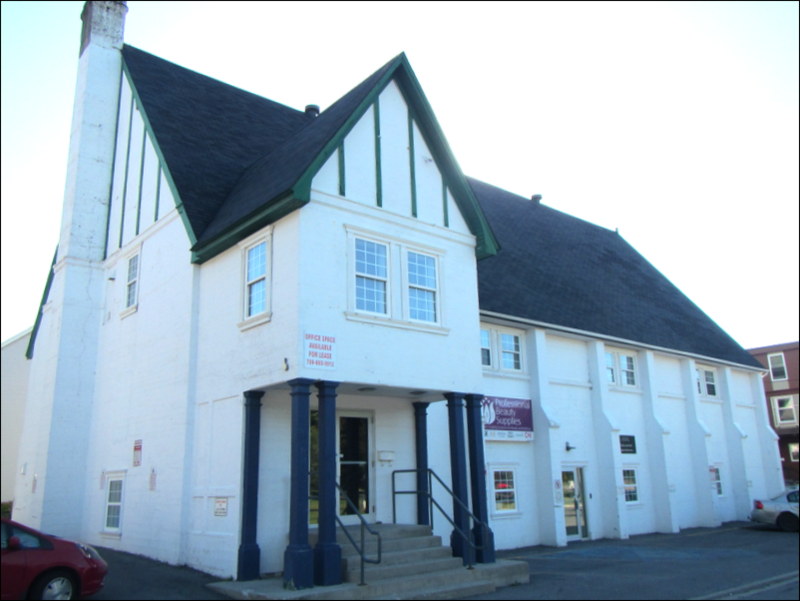 The bulk of Cobb’s work that survives are some of the approximately 150 houses he designed   There is an odd feeling of the post Explosion streets of North End Halifax.

Not surprisingly these have been lots of modifcations over the last 90 years. Below the left hand side feels much more original than the right. 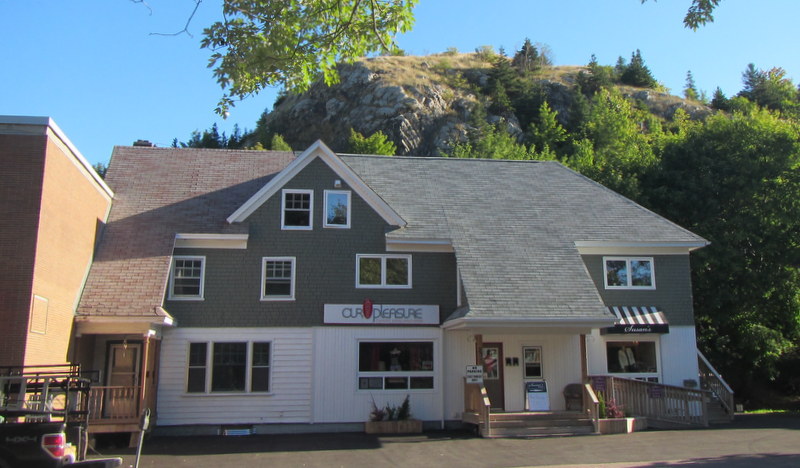 If you really want to know about Cobb there is a brand new book by Janet Kitz.  I have not read it yet.  If you rush out and buy it, very quickly  you could know more than I do.