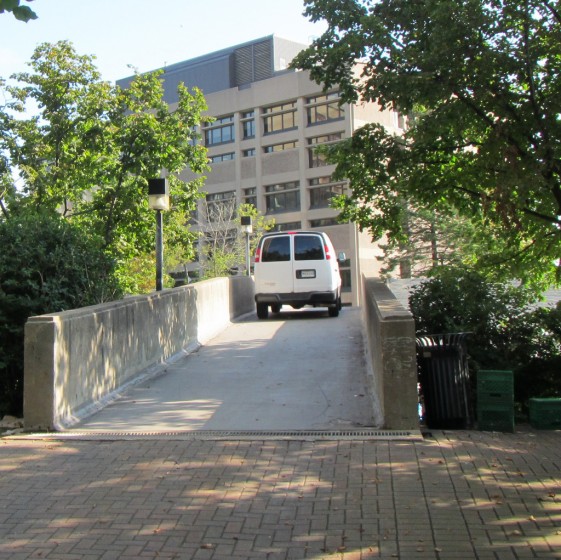 Last time we talked I was waxing rhapsodic about  Scotia Square. I can tell you’re unconvinced so let’s keep moving.

Does the pedway system get enough respect?  There was a time when it was a big deal that we could travel the downtown undercover.  I suspect now we just take it for granted.  And who is responsible for bridges and tunnels: the city or the buildings they connect?  Some great views  like this prospect up Barrington St. Waterside Centre is nearing completion.  Hope it brings energy back to the  Historic Properties area. On Brunswick I had noticed the new towers of what I think of as the Citadel Inn with their self-consciously mismatched lower floors.  Felt like a close relative to the mixture of old and new facades on the Waterside buildings. I’ve not looked at  Pontac  House in Historic Properties  for a long time. Lots of great details from the early 70s: asymmetric roof line, deep,  shingled  window openings, upper floors projecting over shop fronts (that were perhaps never used).  My idea of a Scandinavian feel (although what would I know). Finally I reached the harbour in time to see a ferry headed to Woodside.  The refinery has a great silhouette – wonder what will happen to that site? The working harbour is a special place. Because the Harbour is so interesting I don’t turn around to  appreciate the waterside facade of the Law Courts  which takes great advantage of the view. The ends and Water St facades of the building are much less transparent.  This is another building that improves with age.  I think of it being designed by the father of Jennie Dobbs, the owner of Morris Street East. The elevated plaza in front of the court has wonderful urban views and in my experience is always empty. The vintage, miniature arcade that shelters a staircase  appears to be on its last legs.  Today it seemed to reference the dome on the Dominion Building in the distance.  The BMO tower looked handsome in the morning light.  Don’t know that I have ever thought that before.

As I left by the Water Street pedestrian bridge a van was waiting to cross.  Humm, a food truck rally  site? Also well lit was the lion on Province House. I hadn’t noticed his cute little lead whiskers  and I got it into my head that he looked a bit like Prince. It took about 15 seconds to turn up this match.  Sculptures of lions are often given human shaped eyes. Now I followed my trail of crumbs back to the North.  At the modernist fire station on West Street I realized the amazing  hose tower and training structure has been taken down.  This was a concrete landmark that never really became a landmark.  It should have been a contender. My photo of the tower is from December 2012 and I understand that it had already lost some top at this time. On Gottingen the MacKay–Lyons Sweetapple offices have not been around for long enough to mellow in my mind.  When I came upon the side of a body shop a few blocks away I felt more excited.  Old concrete, with strong form,  an urban patina. This felt like a discovery. If this ramble feels a little  stark  take a stroll down John Street. Folks here have made gardens lining the sidewalks. Quite an experience.  Even the car repair place at the Charles St end has a slick fence and planters.