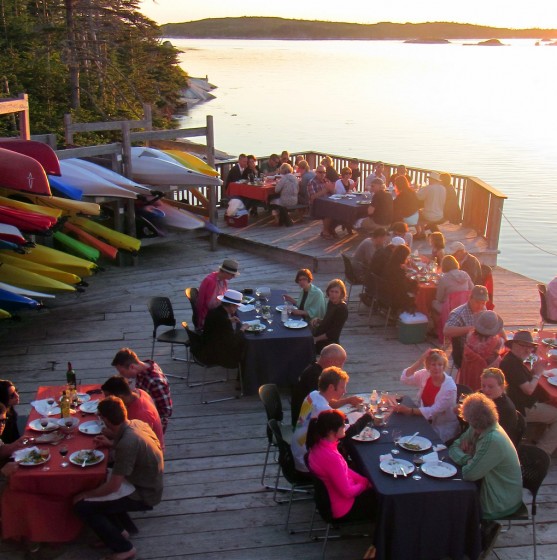 Not much of a theme to this blog except a Saturday in July,  living  local and touring a cousin from away.

We started at the old market to pick up  weekly fish from Off the Hook Community Supported Fishery.  We always enjoy a chat with our fisherman, Beau Gillis, from Freeport on Long Island. Beau was cutting up a halibut.  He has a great story about catching an over 200 pound halibut and then having to get it on board alone (a struggle). 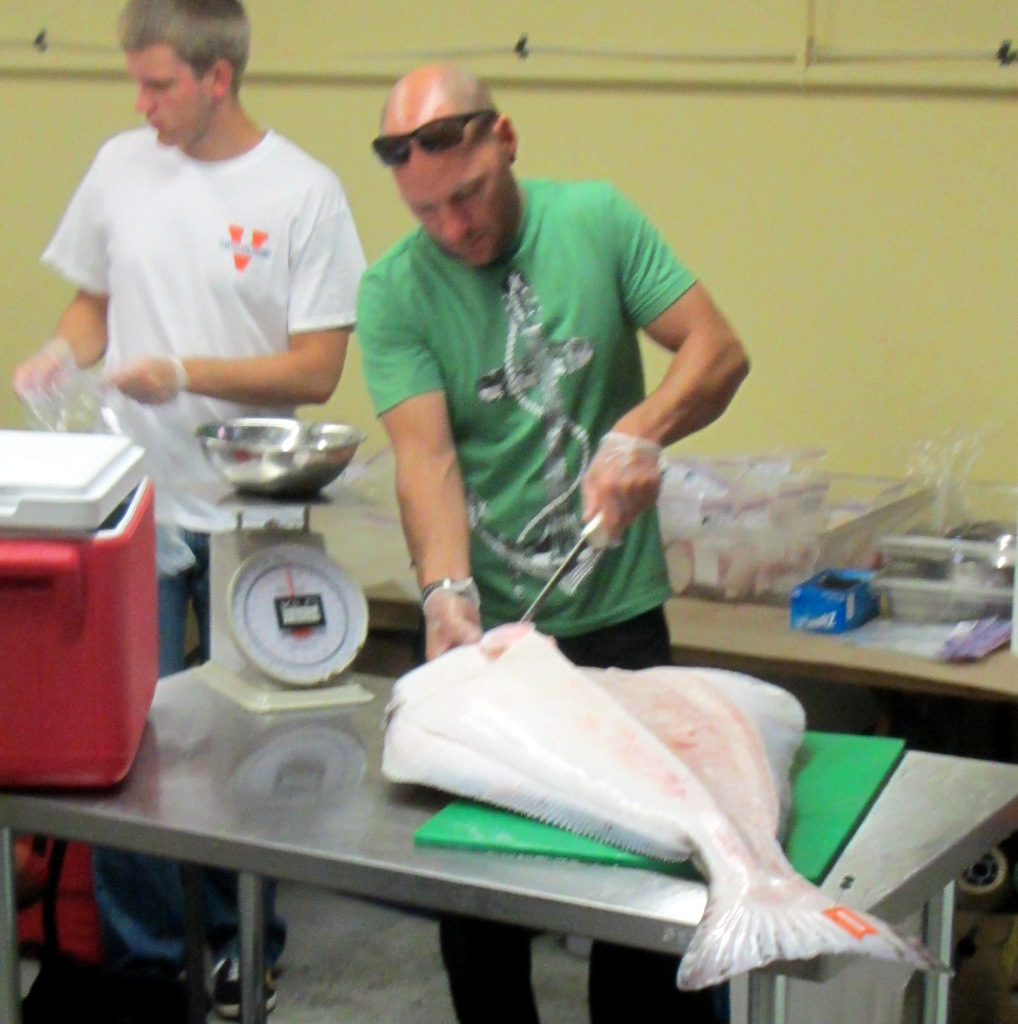 Local food traditions need to be acknowledged so we were pleased to notice at the Noggins Corner stand at the Seaport Market they were promoting ingredients for hodge podge.  In my experience hodge podge is a bland vegetable chowder that celebrates  young vegetables; the sort dish that would make you really happy if you had been eating only turnips for four months. 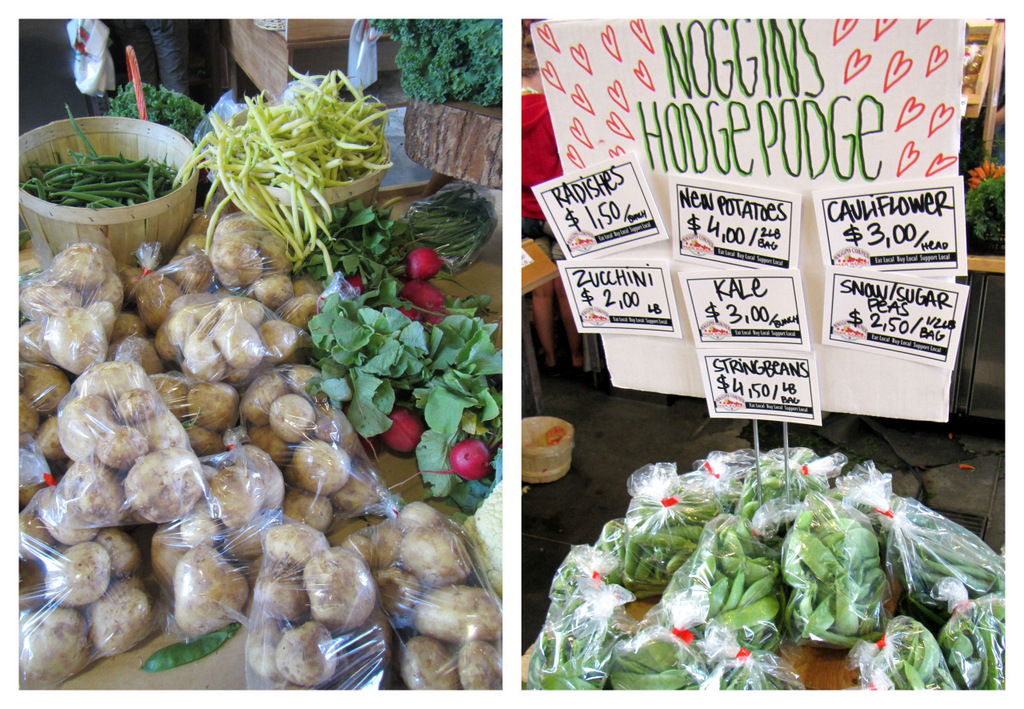 While on the waterfront we took cousin Betty to the Mary Black Gallery to see the superb show by the Lucky Rabbit folks.  We had gone to the opening but the show had even more impact when it was just us and the critters.  See it – I really mean that. 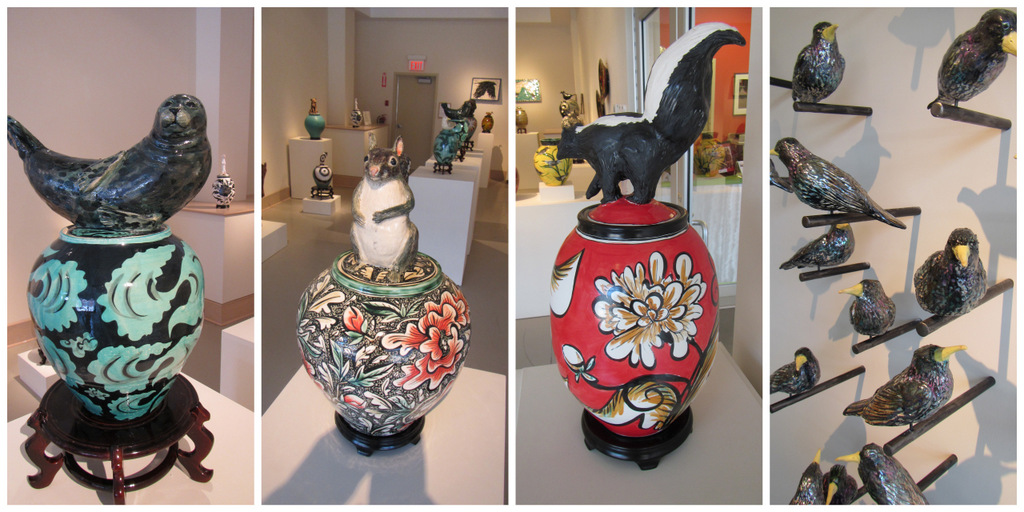 Late afternoon we headed for  Peggys Cove, not one of our regular destinations  but we didn’t want cousin Betty to be embarrassed if someone in Mexico City asked her about it.  It’s a busy place at 6:00pm on a Saturday.  Who knew?

Also it turns out to be really pretty despite all the interventions. 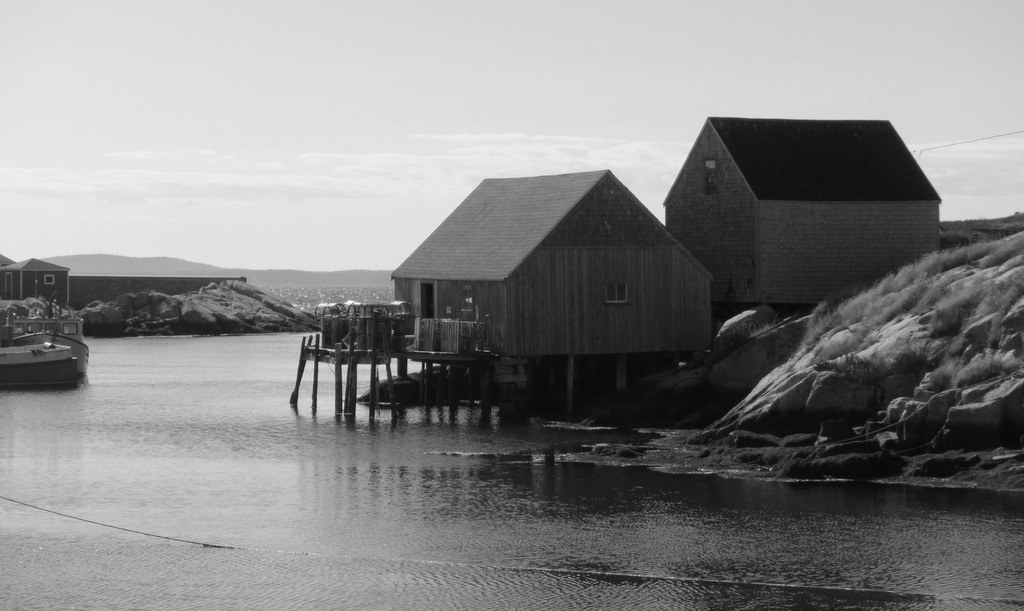 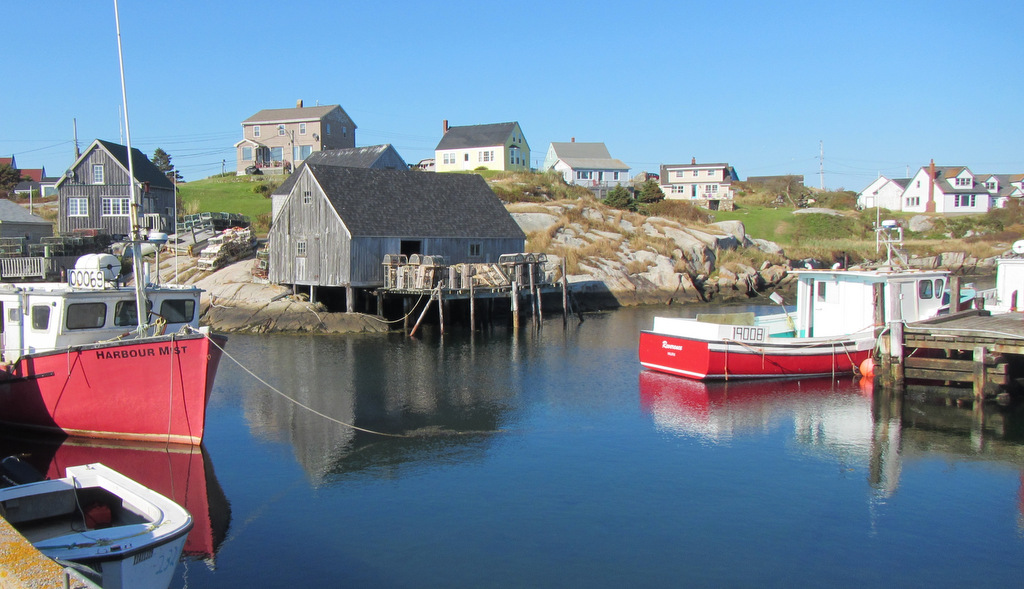 Because I’m out of touch  I hadn’t known it was a wedding picture destination (we also saw a wedding party at the Swiss Air site).  A special reward for our visitor was that the wedding seemed to have a police connection and there were Mounties in full uniform in the bridal party. 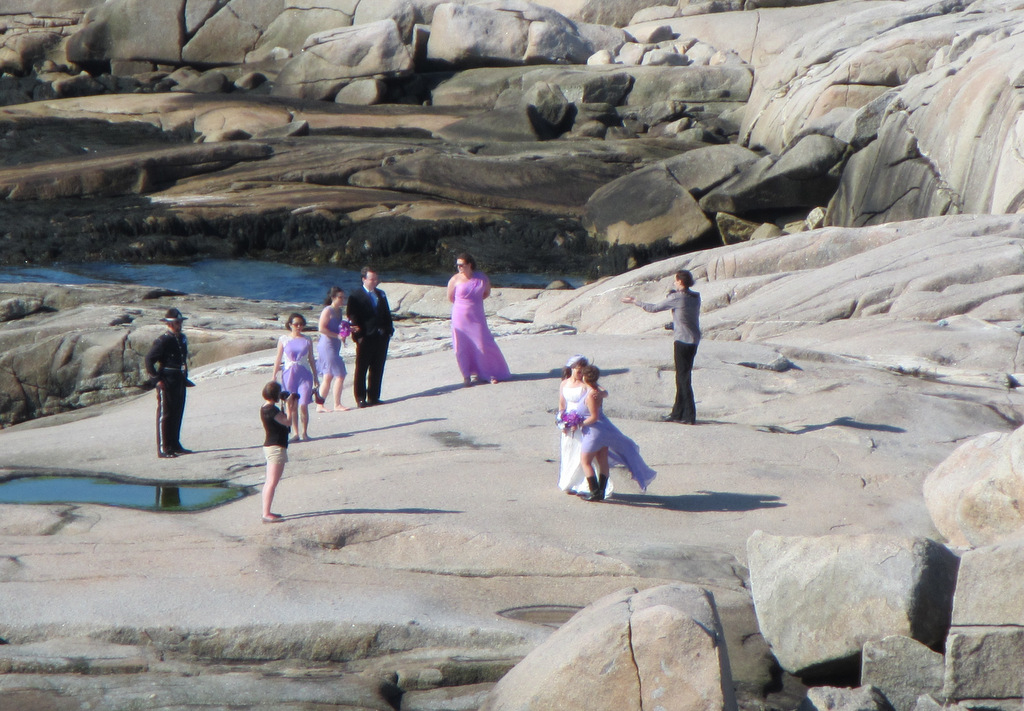 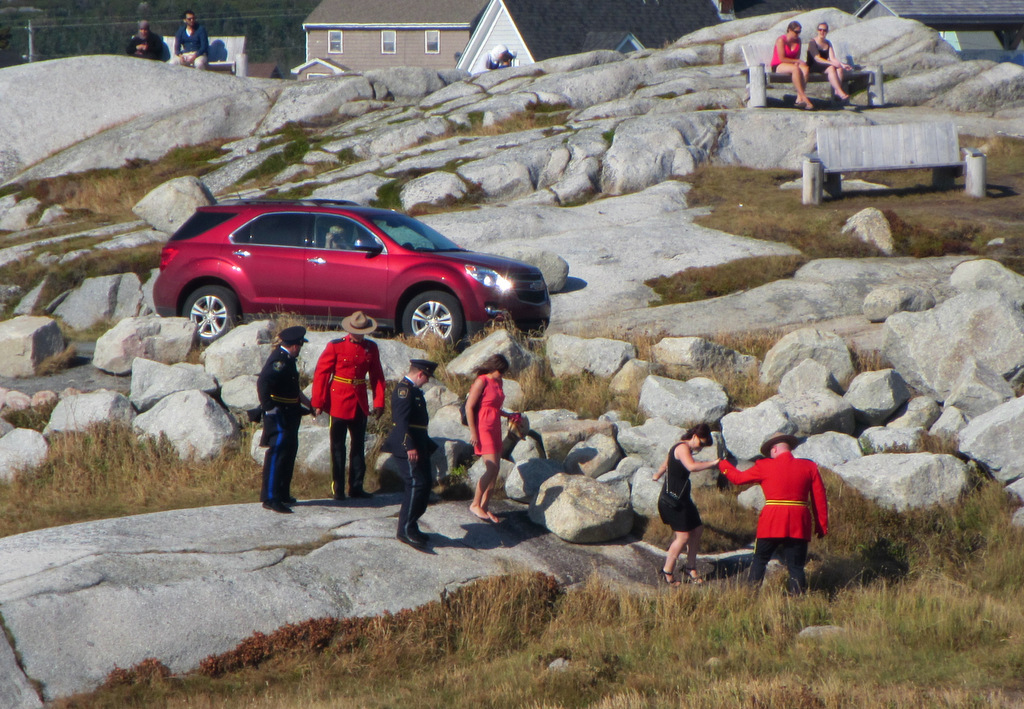 I have been known to whine about the boring design of many contemporary memorials and monuments.  It was pleasant to be reminded of two great examples: William deGarthe’s Fisherman’s Monument and the Swiss Air Memorial.  Both use the glacier sculpted granite landscape as a source of energy.  DeGarthe carved a granite outcrop in his back yard: 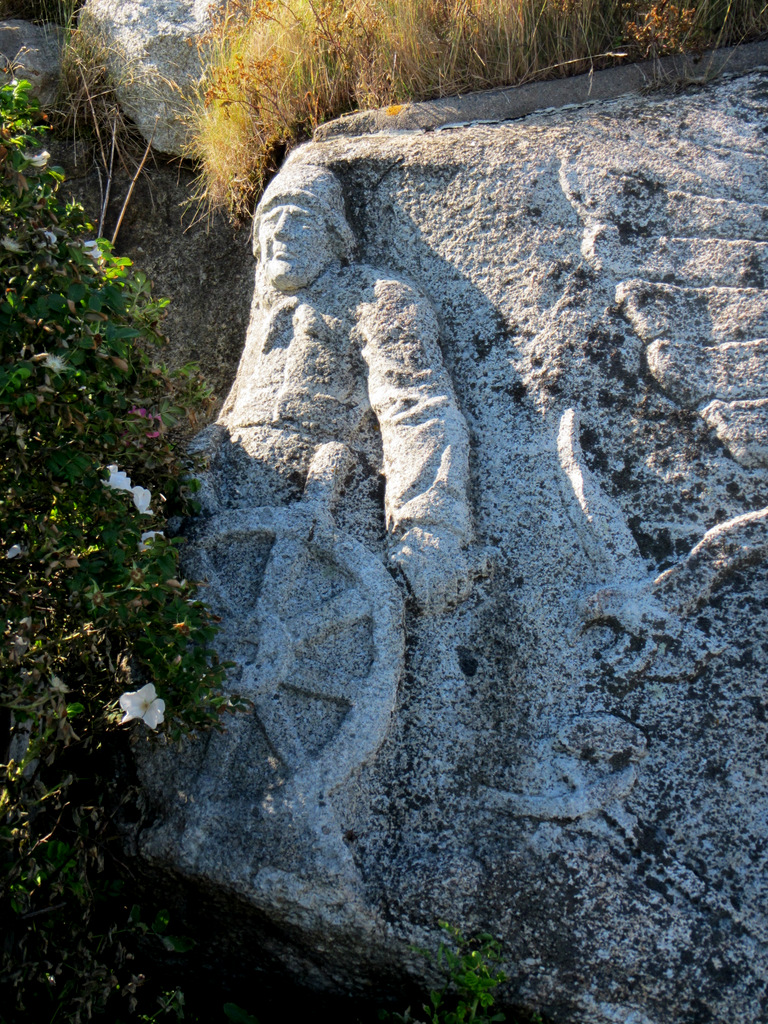 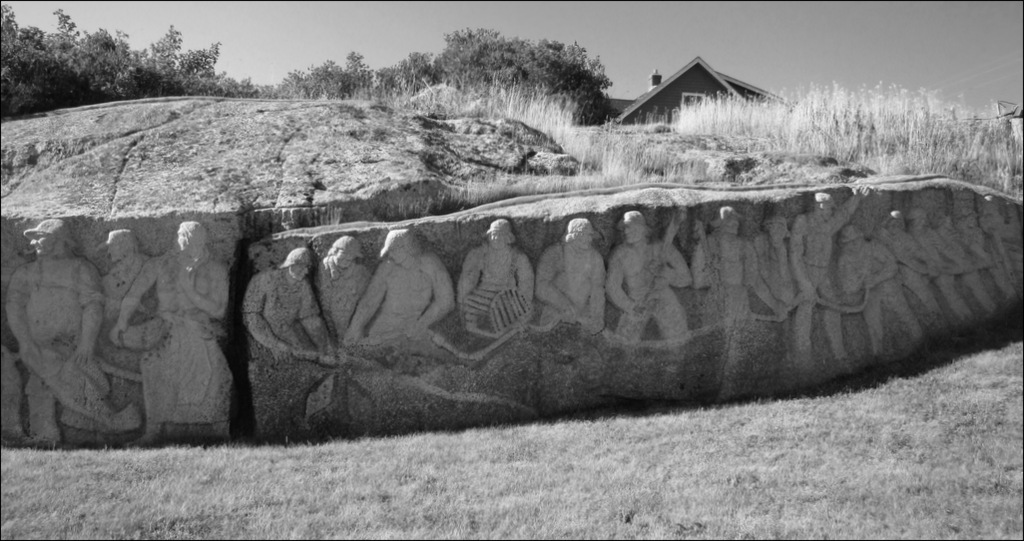 The Swiss Air Memorial references the glacial erratics (boulders dropped by the glaciers) that are scattered across the landscape. 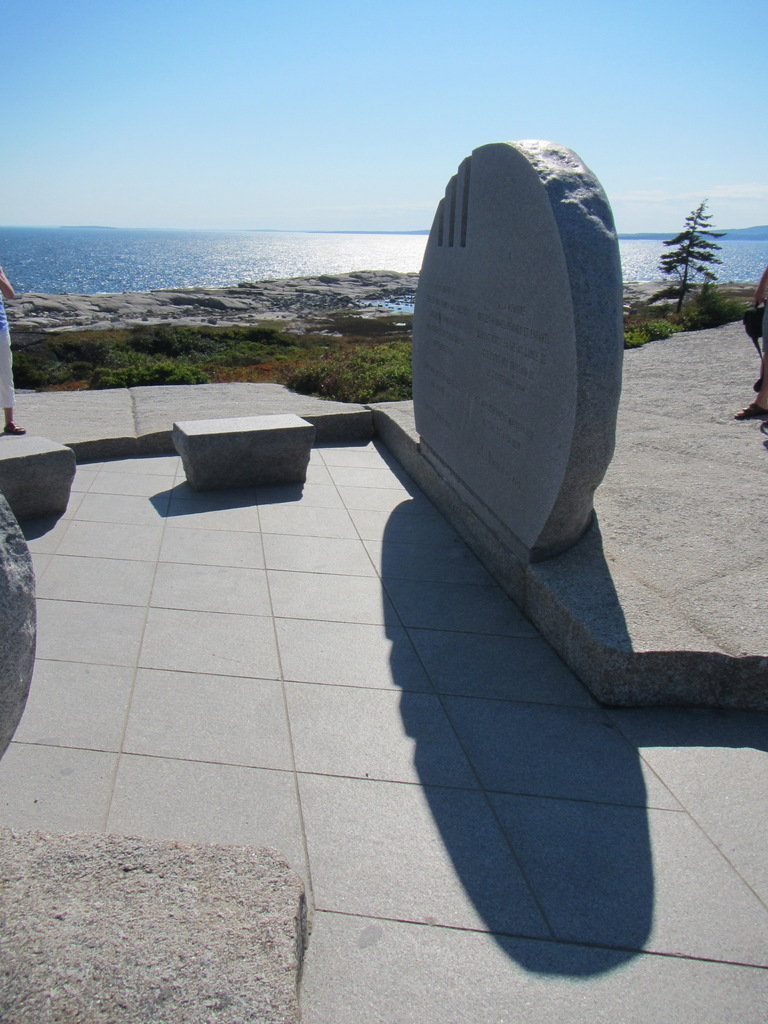 Our real destination for Saturday evening was the Dock and Dine event in Lower Prospect.   It was perfect. 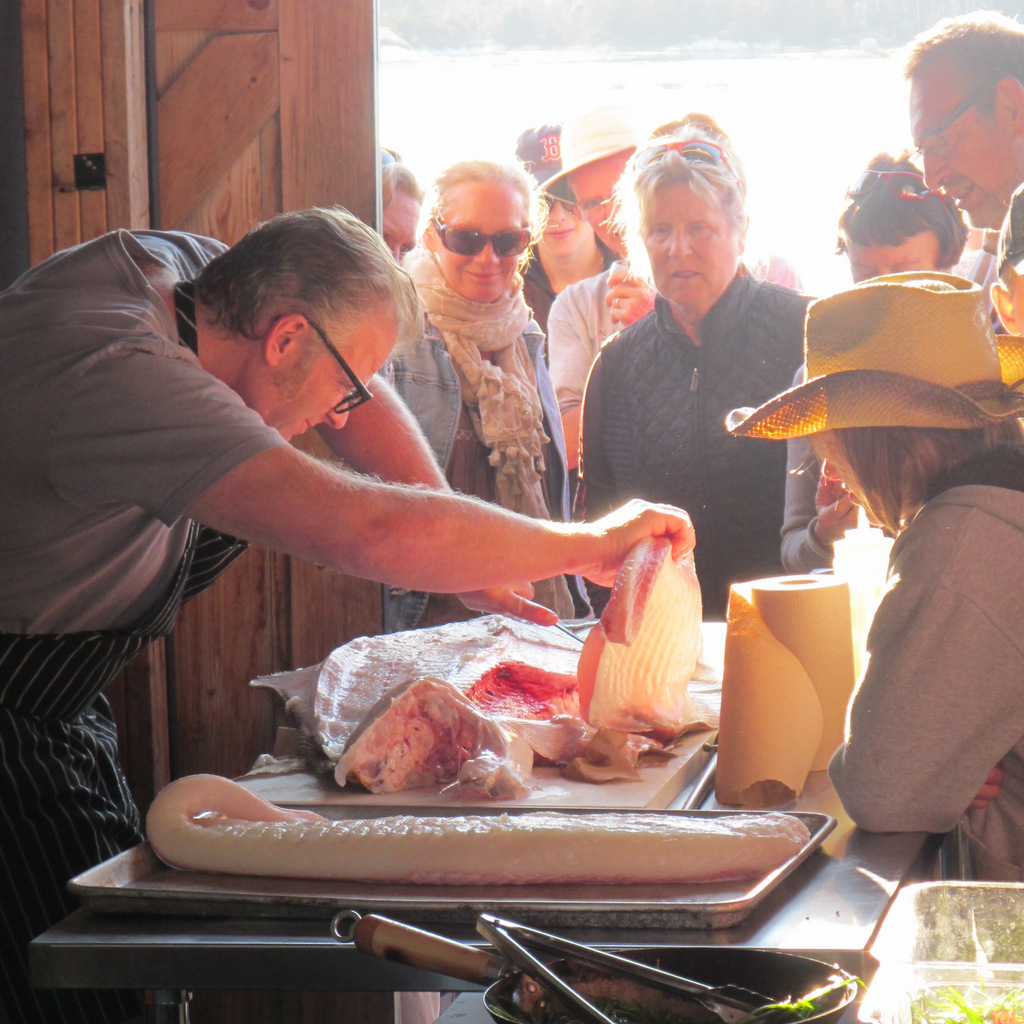 The setting on the dock was sublime, with a perfect music vibe.  Amazing to realize on the previous Saturday the site was being hammered by hurricane Arthur and half the deck boards had been removed so the structure would not be destroyed in a storm surge. 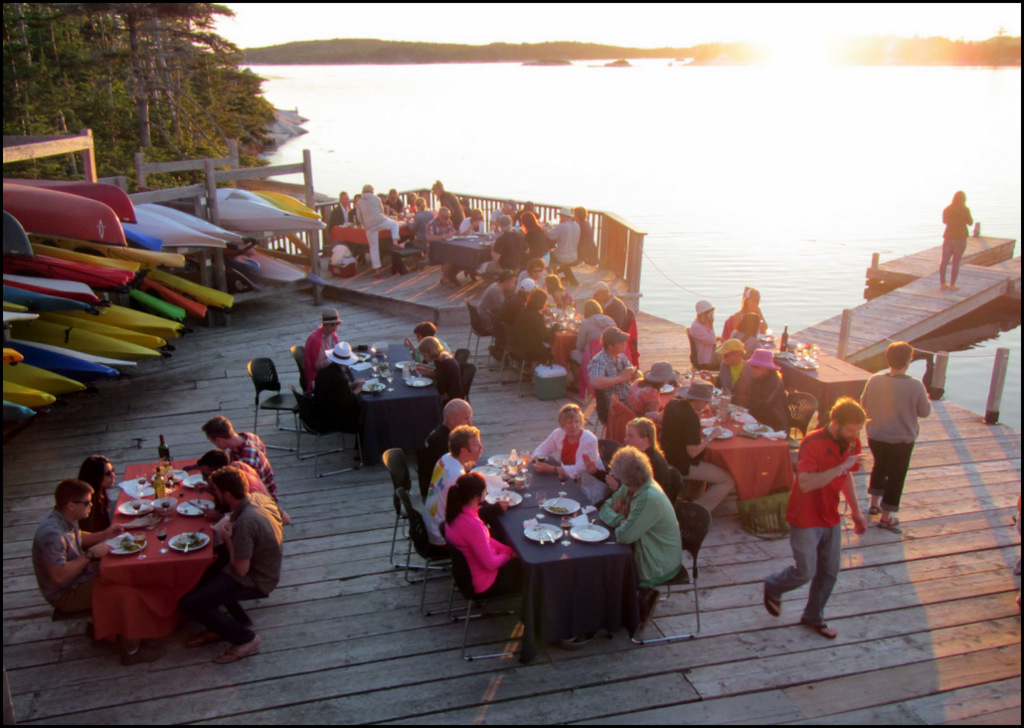 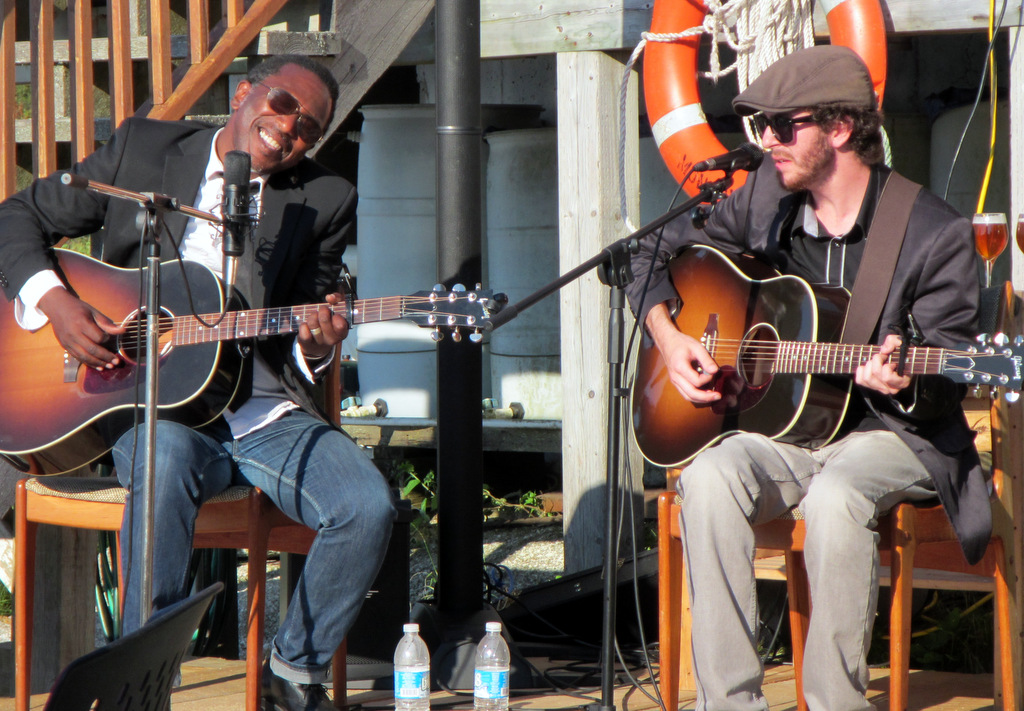 And to cap it all off, first the sun set on one side of the bay and then the super moon rose on the other. 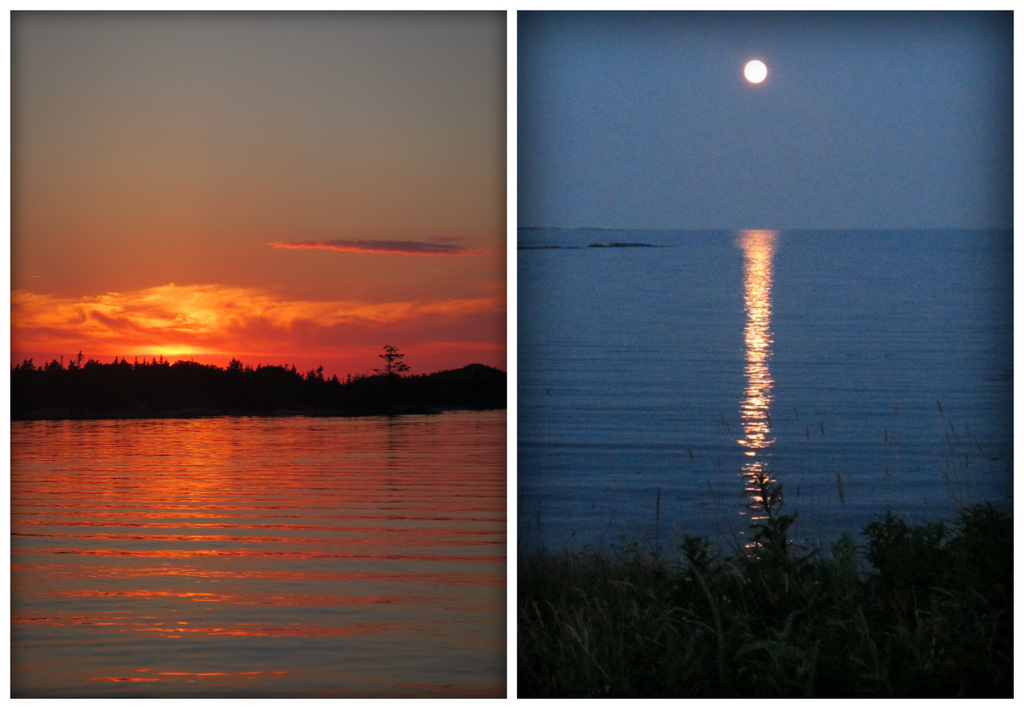 There are a couple of more Dock and Dine events this season.  Need I say more?

And a Peggys Cove / sunset postscript:

In the early 1970s I visited Peggys Cove with my friend Barbara. We ran into a professional photographer acquaintance who was shooting the late autumn setting sun.  He asked us to stand next to the lighthouse for a couple of shots.  A year or so later I ran into the photographer and sheepishly he told me he had sold a shot with us in it to be used on the packaging for a short lived garbage bag company.  So there I am in silhouette, poster boy for Tuffy. 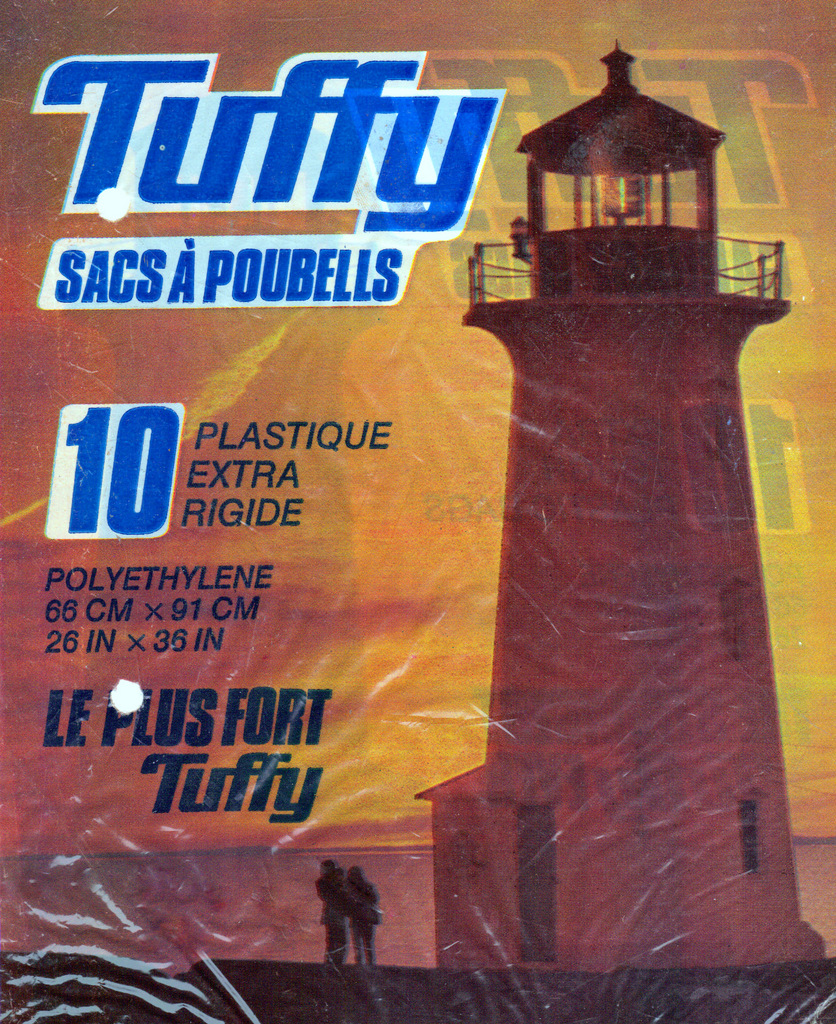