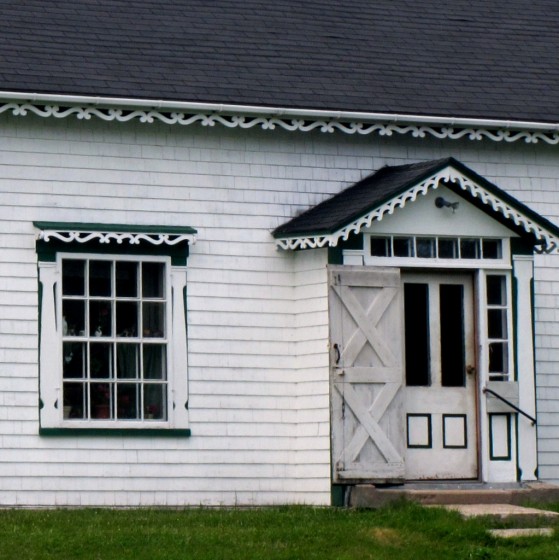 We have been exposing the cousin from Mexico to the charms of Nova Scotia which has provided me with a number of photo ops. As I reviewed images from the weekend there were a number of ironic building types that when grouped together give me joy.  Let’s see what you think.

A couple of the best court houses in the province are in Liverpool and Annapolis. They are textbook examples of Greek Revival style and Palladian architecture.  And happened to be lit nicely on our visits. 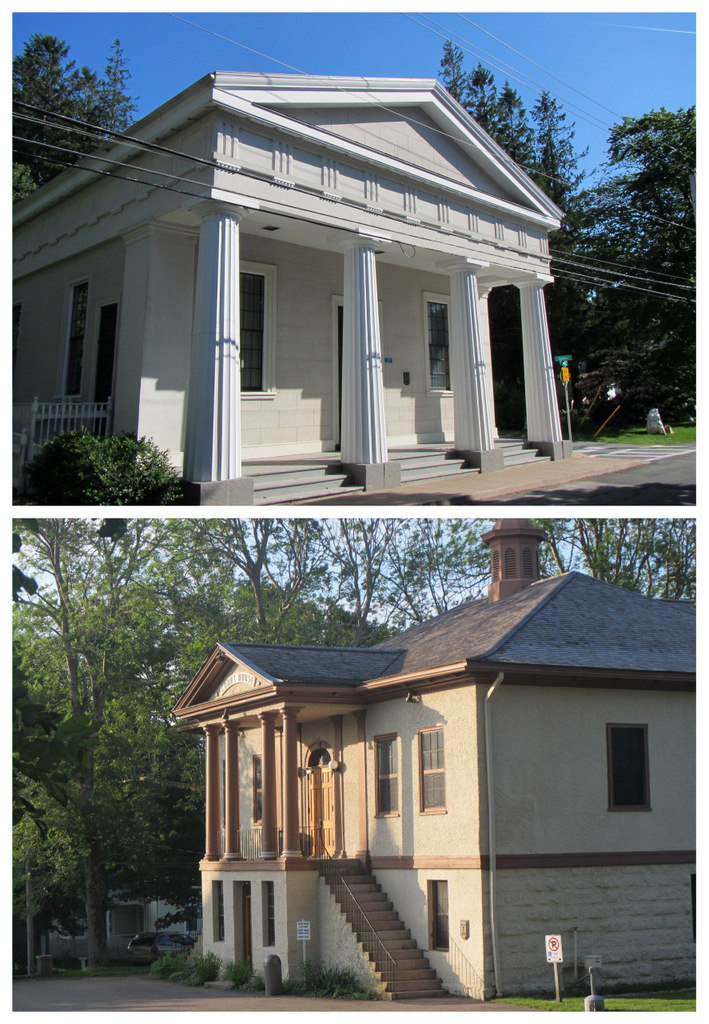 An icon of 19th century engineering is quietly disappearing from the landscape: the truss bridge.  I understand a local group in Mill Village is consulting with the Department of Highways to preserve their river crossing. A number of heavy railway trusses are now part of trail systems like the bridge at Annapolis (upper photo). 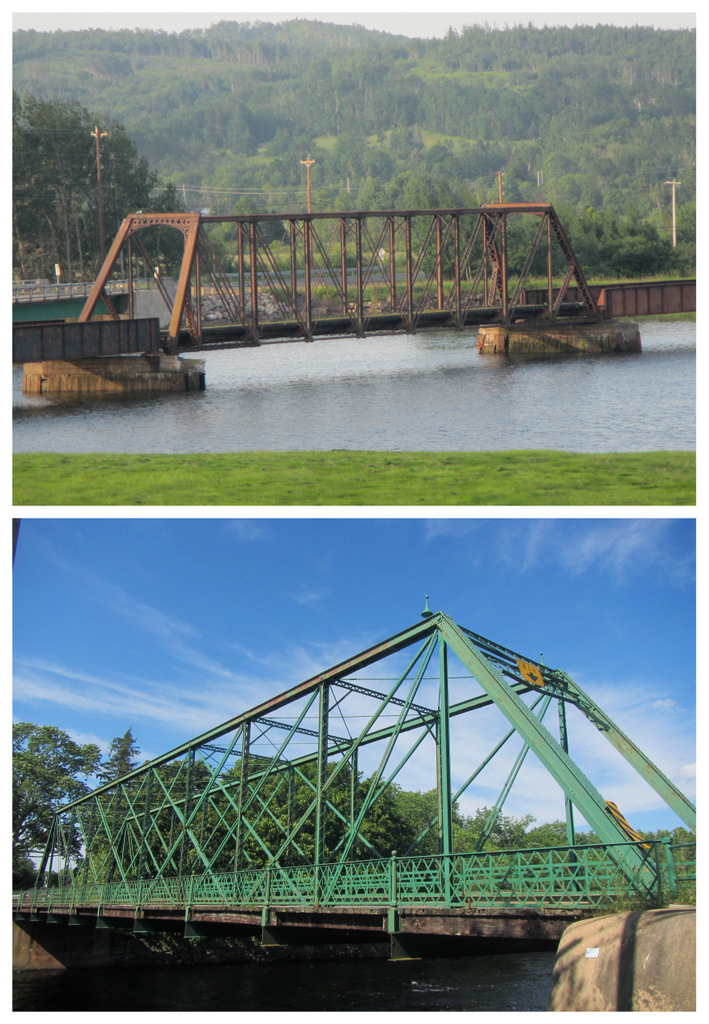 In Caledonia we stopped for a moment to look at a favourite building that has a new (to me)  paint job: the Masonic Hall.  The amazing sunrises in the dormers have gone golden. When I first noticed the building decades ago it was painted all silver .  Masonic Halls sometimes retain interesting details so watch for them.  On this building there is a very public  carving of the secret handshake. 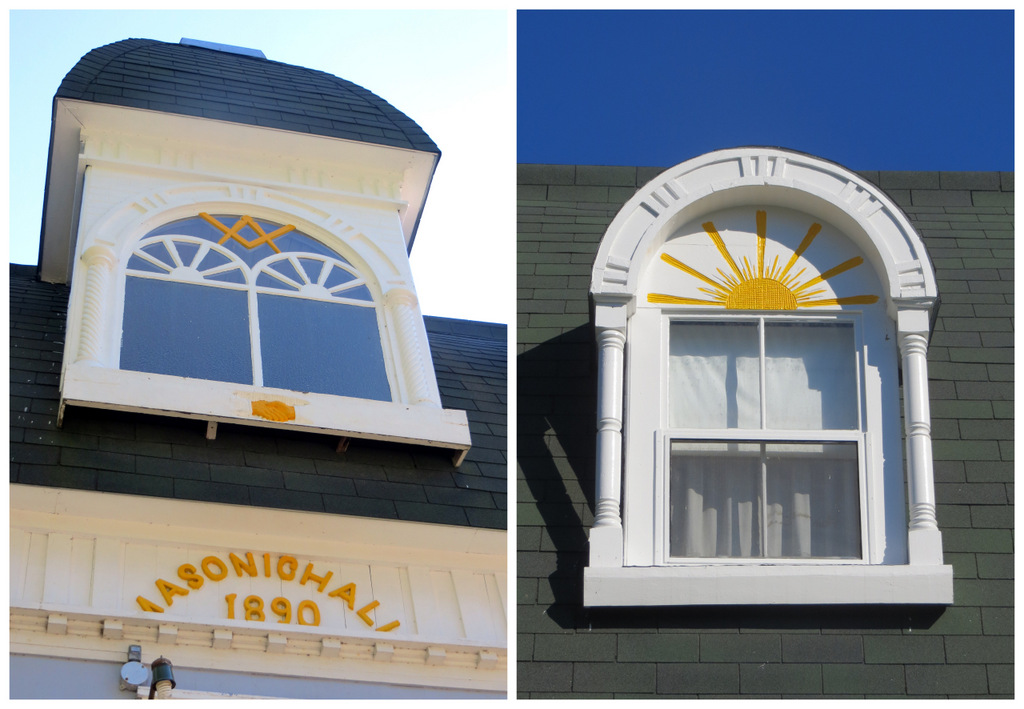 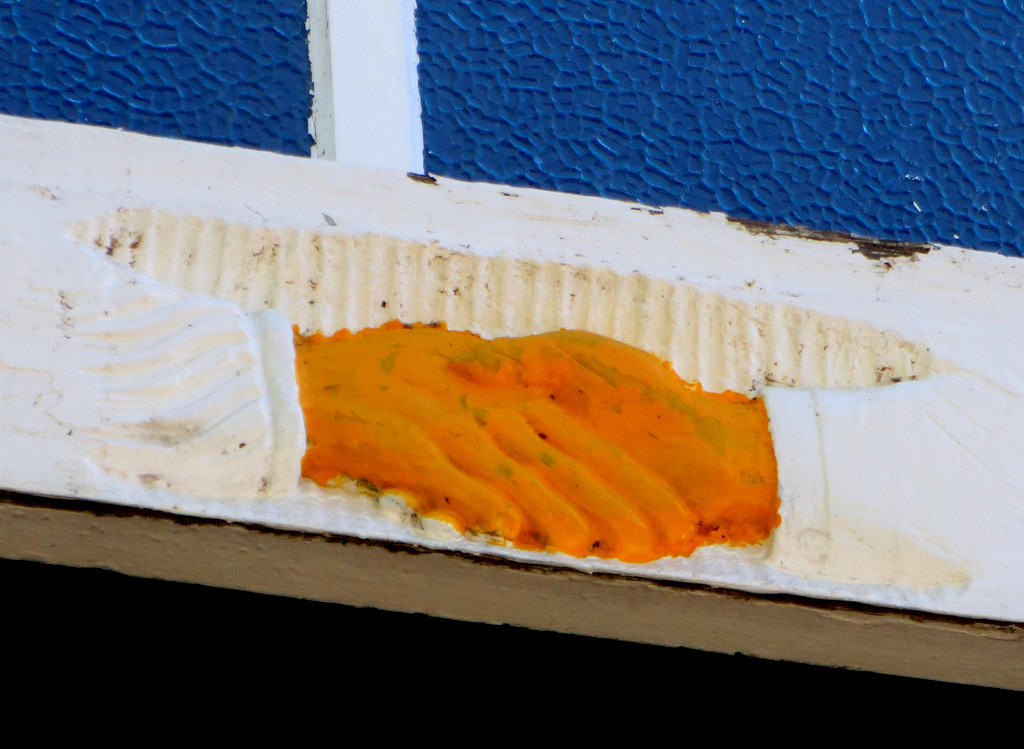 In Annapolis we saw some buildings that represented  an architecture that has  disappeared from the landscape: French colonial military structures  and  original Acadian farm houses.  The 1708 powder magazine at Fort Anne is the only French period structure to surive in the fort.  At the Historic Gardens is the evocative reconstruction of an Acadian home. Archaeological evidence provided the details for this half timbered, thatch roofed home.  Imagine them clustered along the edge of the dykelands. 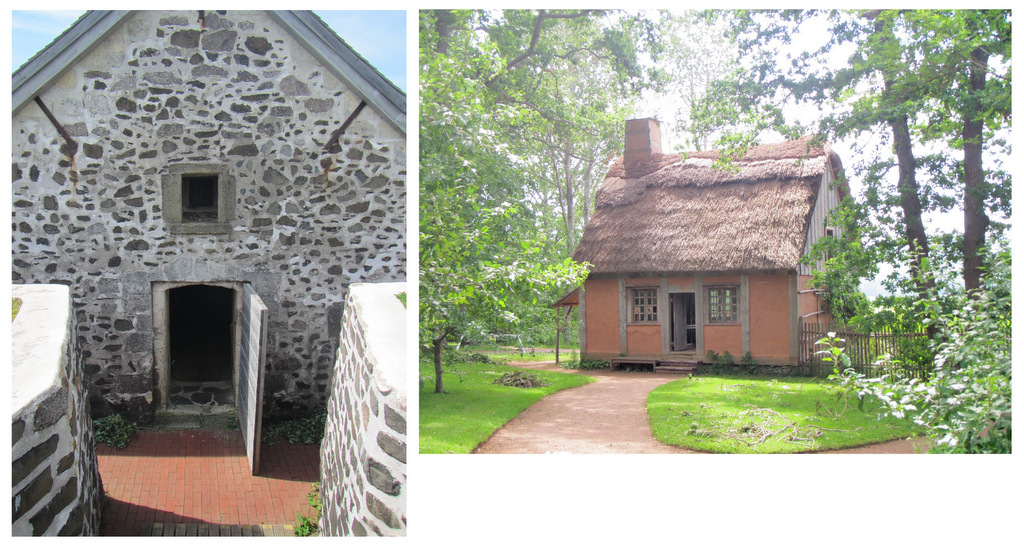 And at Hampton we happened upon the mother of all icons: a lighthouse.  I remember this little beacon being buried in alders but it has been saved and is open to the public.  There is a grand Fundy tide view from the lantern and a picnic table for those who don’t want to venture up the steep little steps. 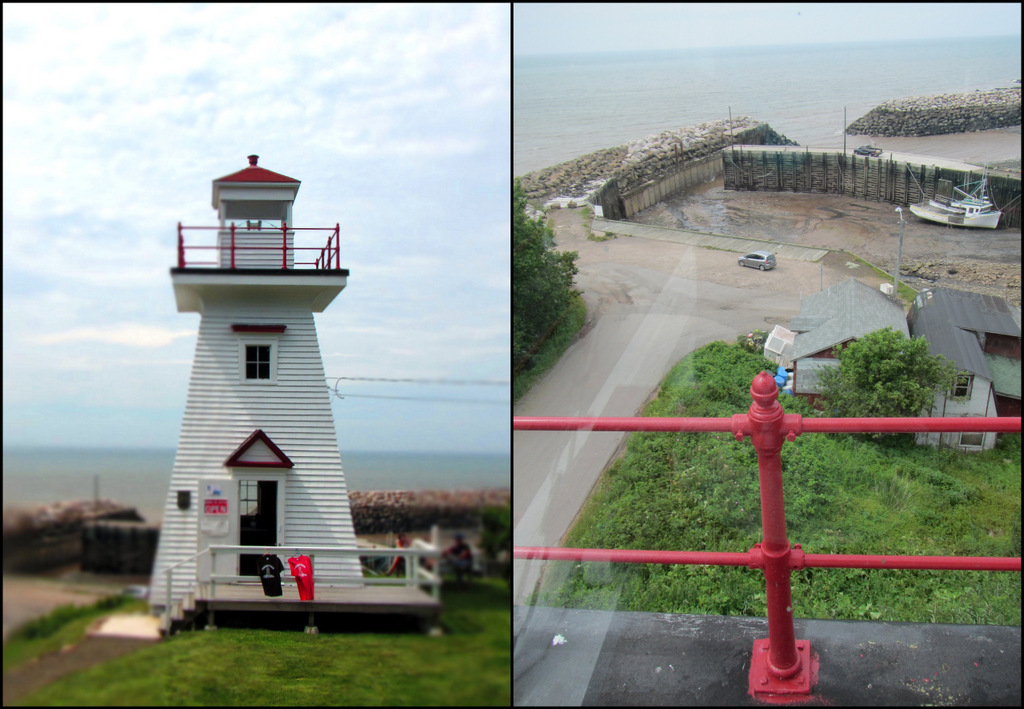 My final iconic moment was on  the edge of the Fundy between Hampton and Port Lorne.  I have travelled this little section of road since the 1950s and it always gives me joy. I  cherish its combination of natural and cultural landscape. There are a series of delightful little houses that look so comfortable in their surroundings. This example is the most sublime. 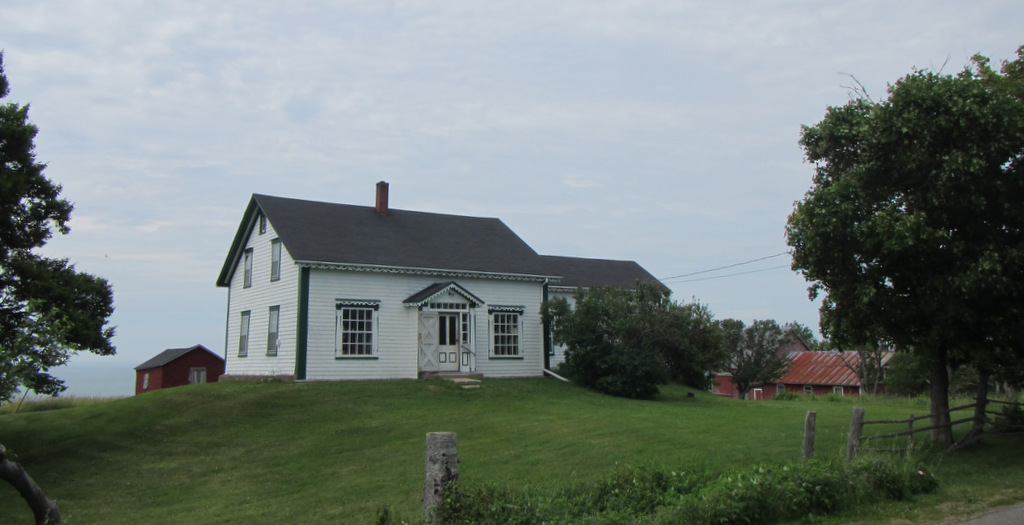 I think cousin Betty is getting to see some wonderful sights.  Hope she enjoys them as much as I do.   I wonder what we will see next?