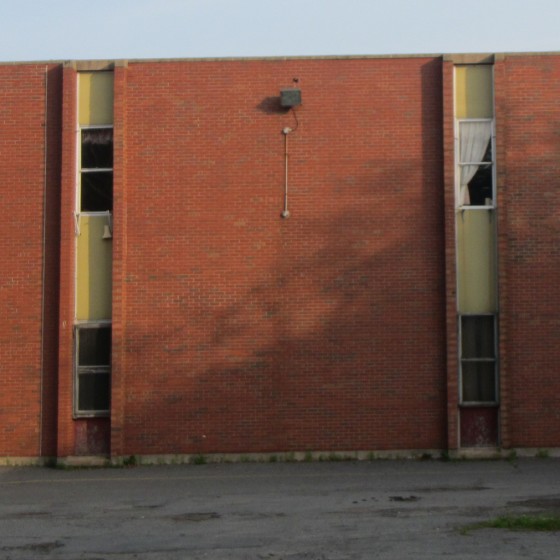 Our car was at the dealer for service.  An opportunity to wander without intent looking for glimpses of the authentic. I’m on my own but thinking about what would be fun to share with you co-conspirators.

As I  set out from the Robie Street location it feels like it’s all been seen before.  But I look closely, there are always discoveries or new insights.

I’ve never “Imagined  Bloomfield” but folks have put a lot of energy into that project over a very long time so I’m hopeful.  As I wandered  the site I started collecting “Bloomfields” cause quantity has it’s own quality. 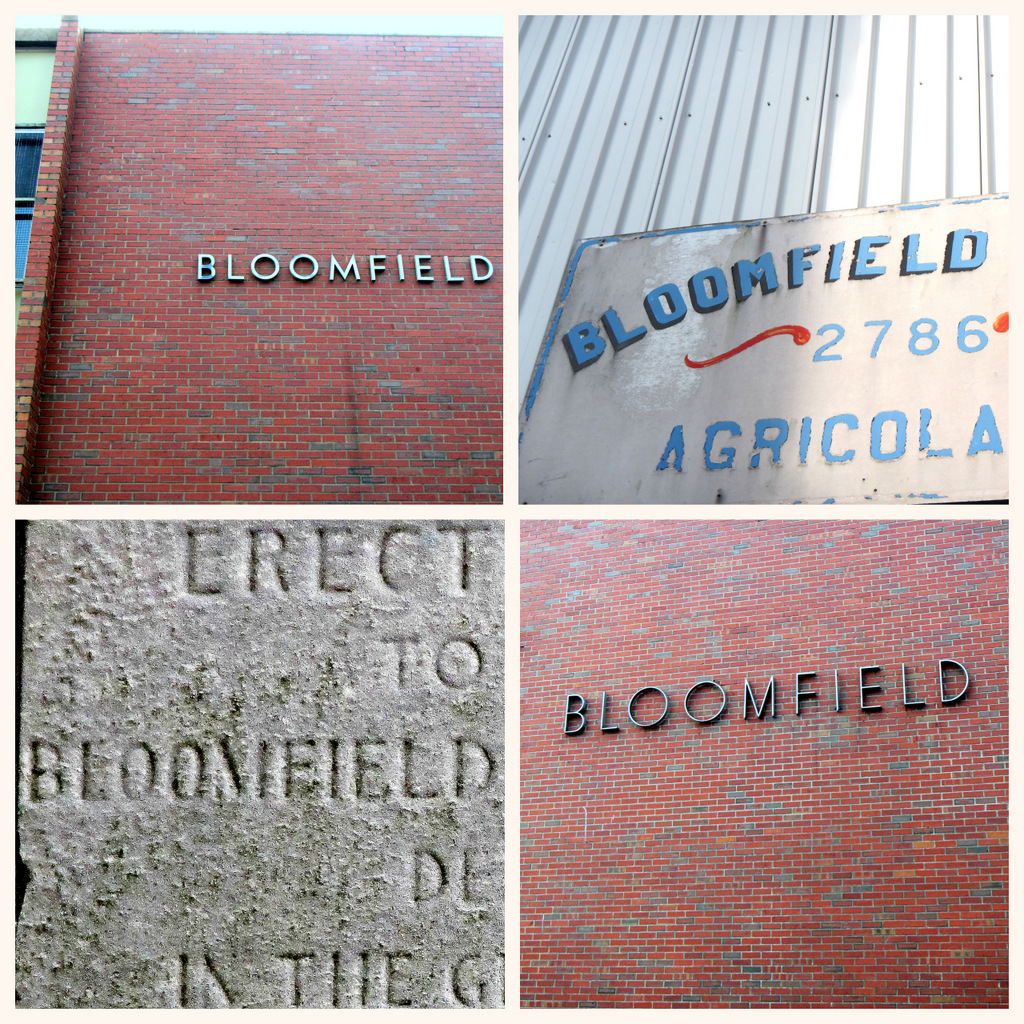 Spent some time examining the oldest school building in the complex. The more you look the more you see.  Like the Hydrostone District this building is an example of an out of town architect brought in after the Explosion to do a design. That’s why it looks different from the other red brick schools built about the same time. The date stone refers to the Explosion as the “Great Disaster.”  People who lived through the aftermath may have felt like the explosion was just the first chapter of a never ending disaster. 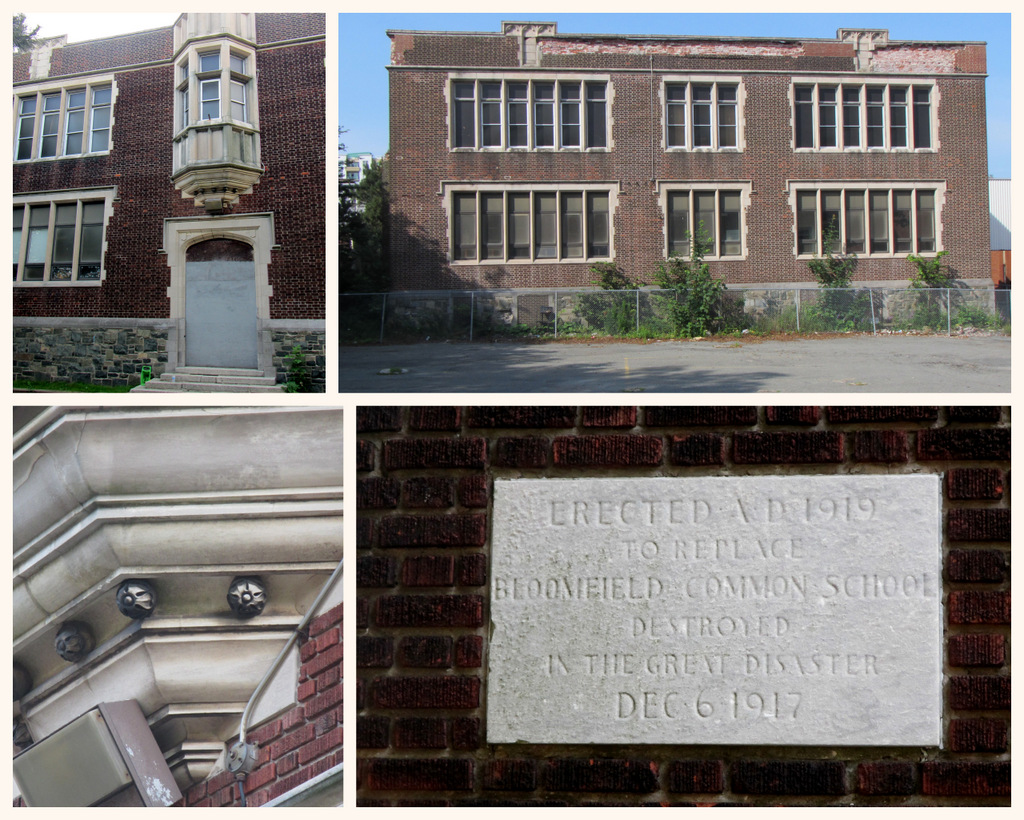 It’s a mystery to me why the little corner park at Almon and Agricola seems unused (maybe I see it at the wrong times).  Nothing that a food truck in the Bloomfield parking lot couldn’t solve. A name could help too – Lone Pine Park? (maybe call on Natalie Chavarie who named the wildly popular Squiggle Park).

A real discovery was a plaque above the park that commemorated the Playground Movement that began on this spot in 1906.  I wonder if any of the trees is suitable for a red swing? 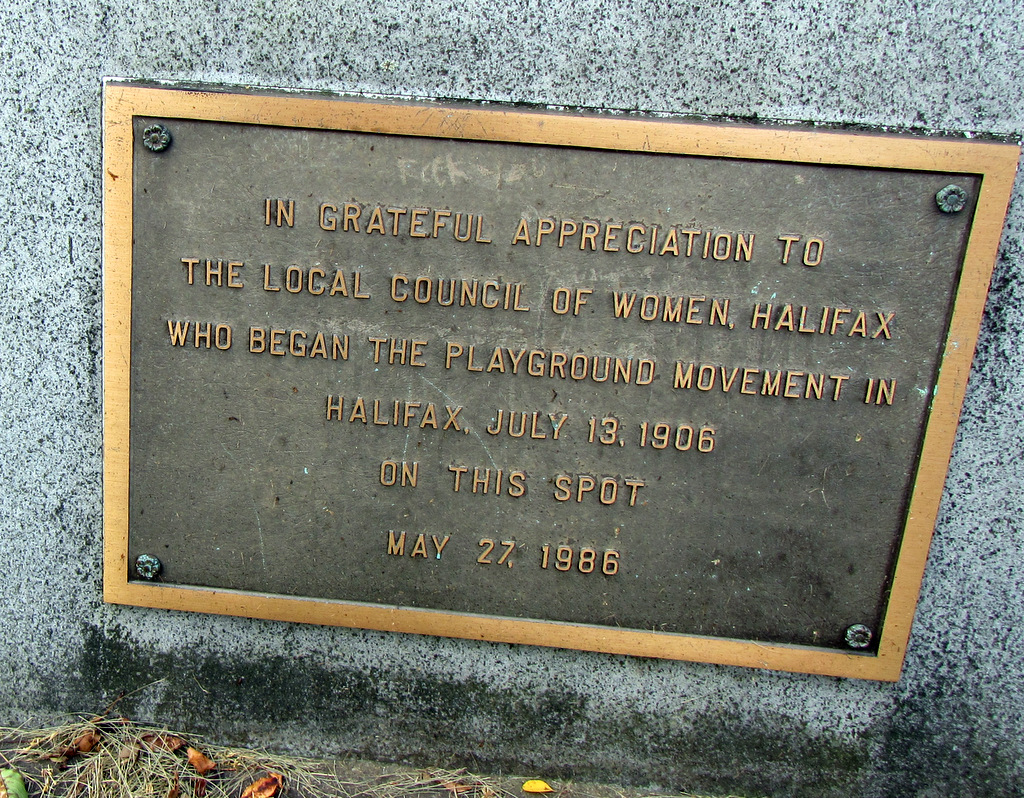 Imagine Bloomfield has commissioned some great historical research on the site that answered all my questions and probably yours as well.

On to closely examine  Bennet’s Barber Shop on Almon.  A sustained design concept in red, white and blue. 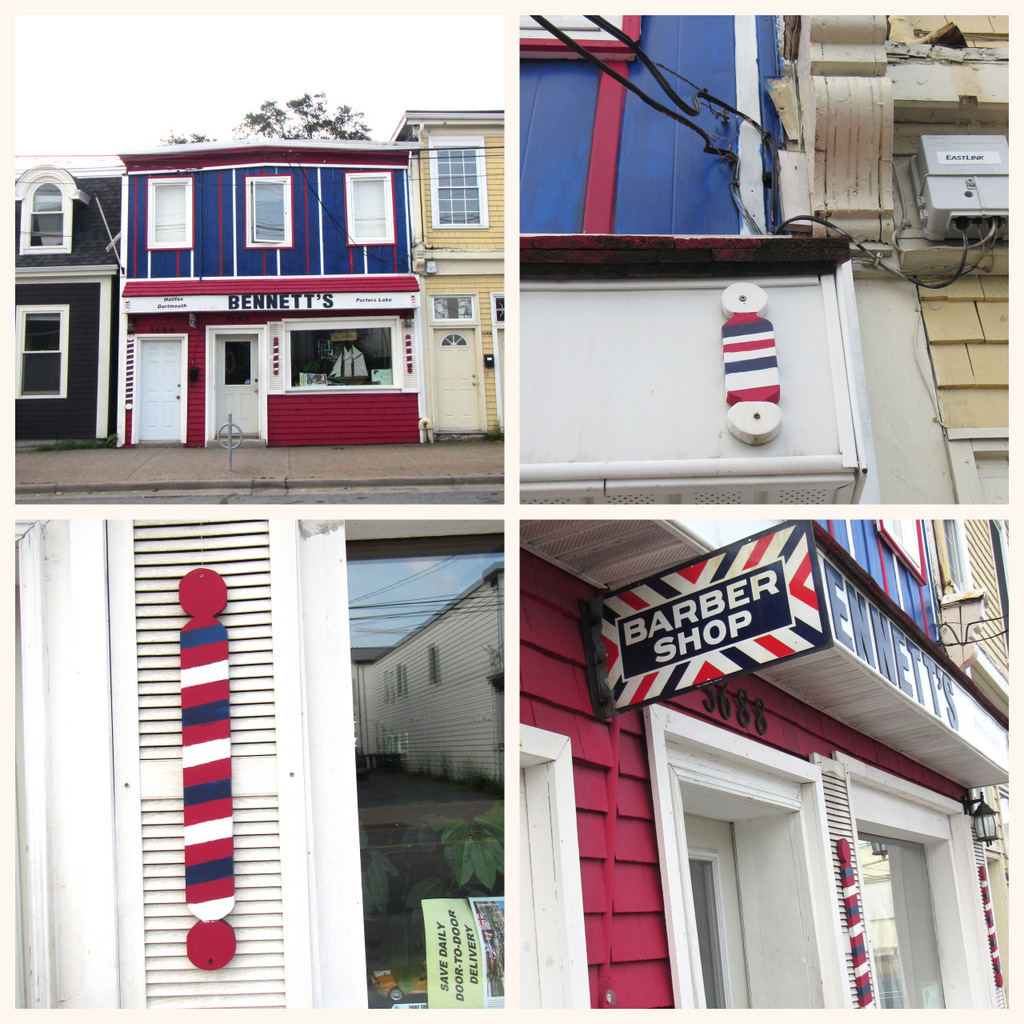 There was another great barber sign on Gottingen with a special typeface.  Has anyone documented the traditional barbershops in town?  It should be done soon. 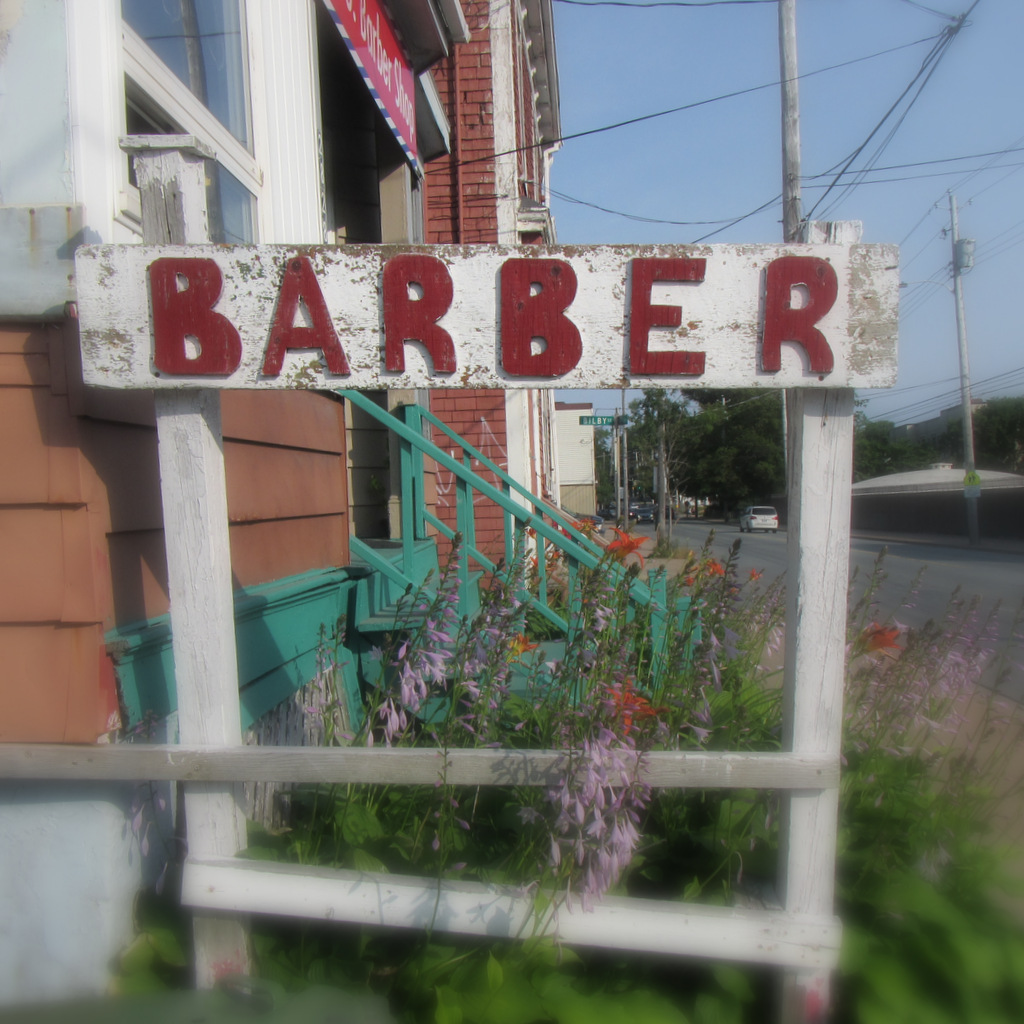 Noticed these beautifully proportioned veranda posts on adjoining  post Explosion houses.  They look original but could be new . 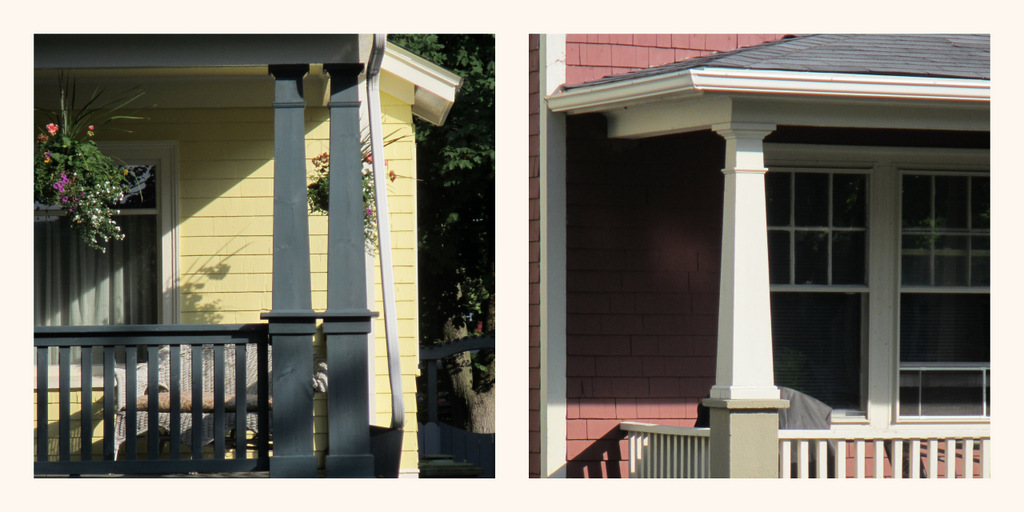 Checked out the exterior of Admiralty House.  A history of roof-lines is preserved over a basement door.. 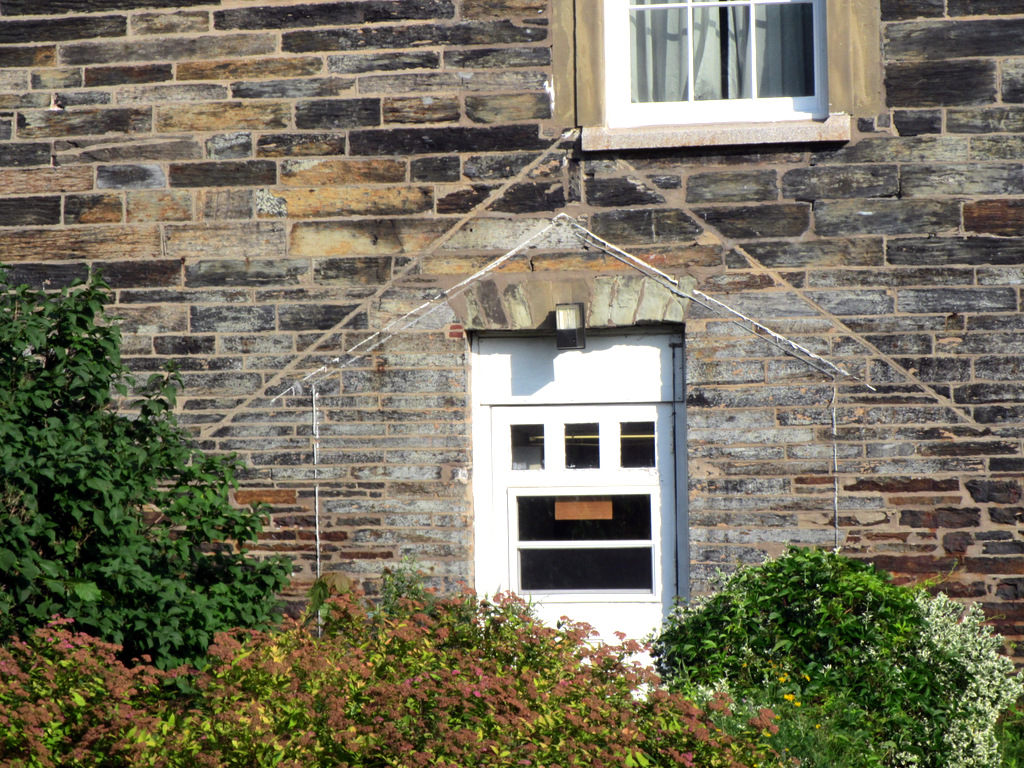 And I’d forgotten about the grand cast iron staircase at the back of the house. 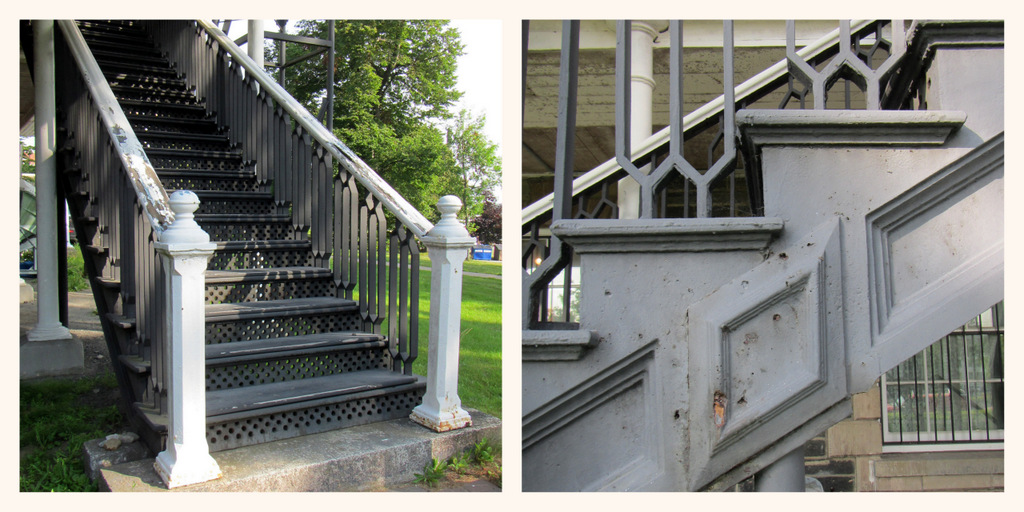 It looks like the Black Street place-making mural has been repainted.  On foot it is easier to sense how the district is evolving. 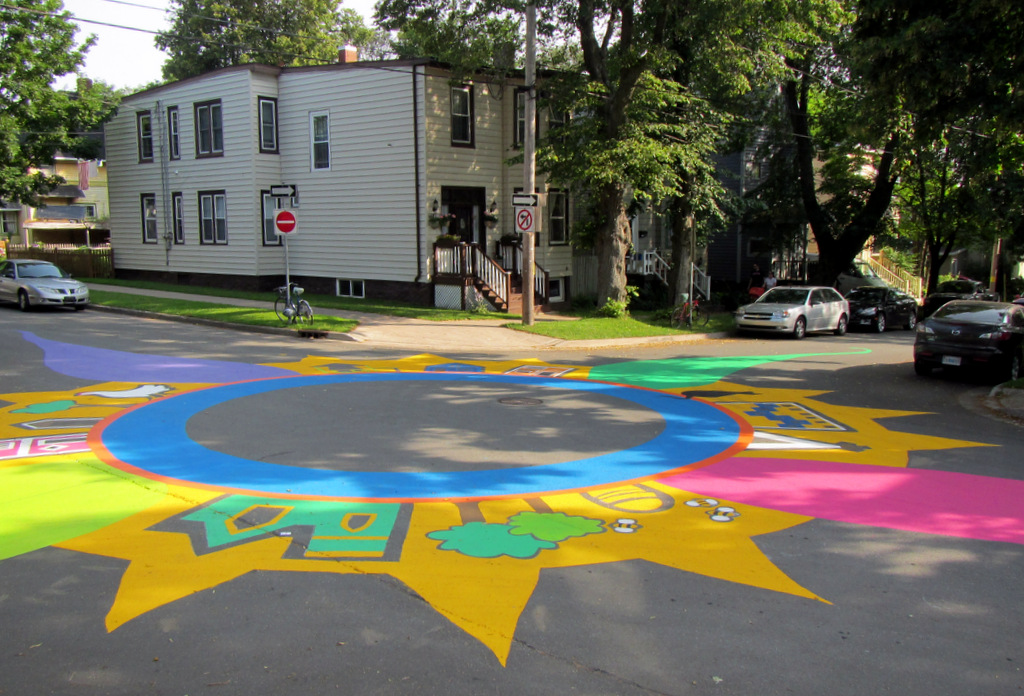 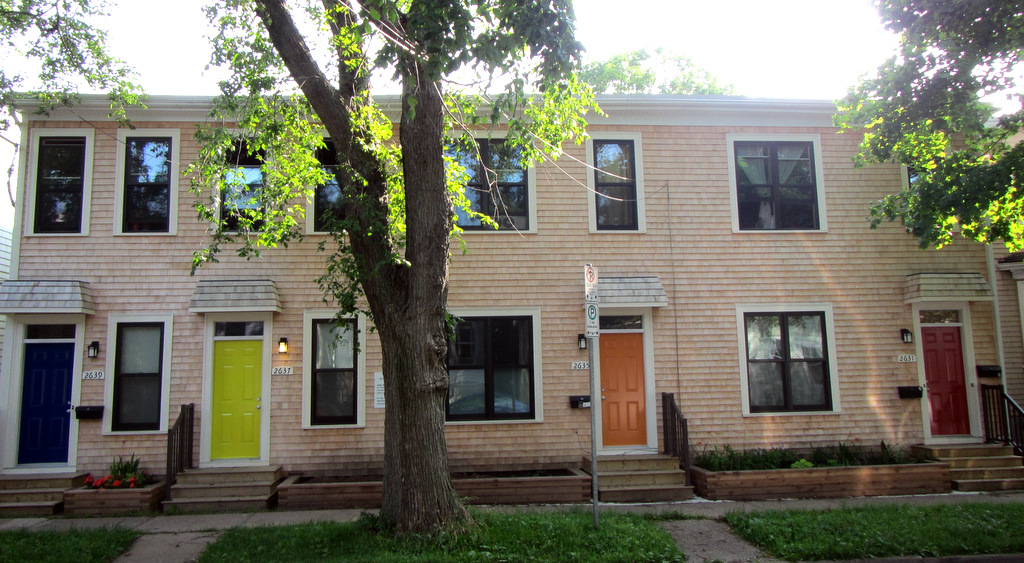 Back up on Agricola I was drawn across the street to take a closer look at the swell gate beside the North Brewing Company.  It’s a patchwork of patinated metal with squiggles of wrought iron – a perfect little gift to the street made by Lynn Reierson of West Pennant Forge. 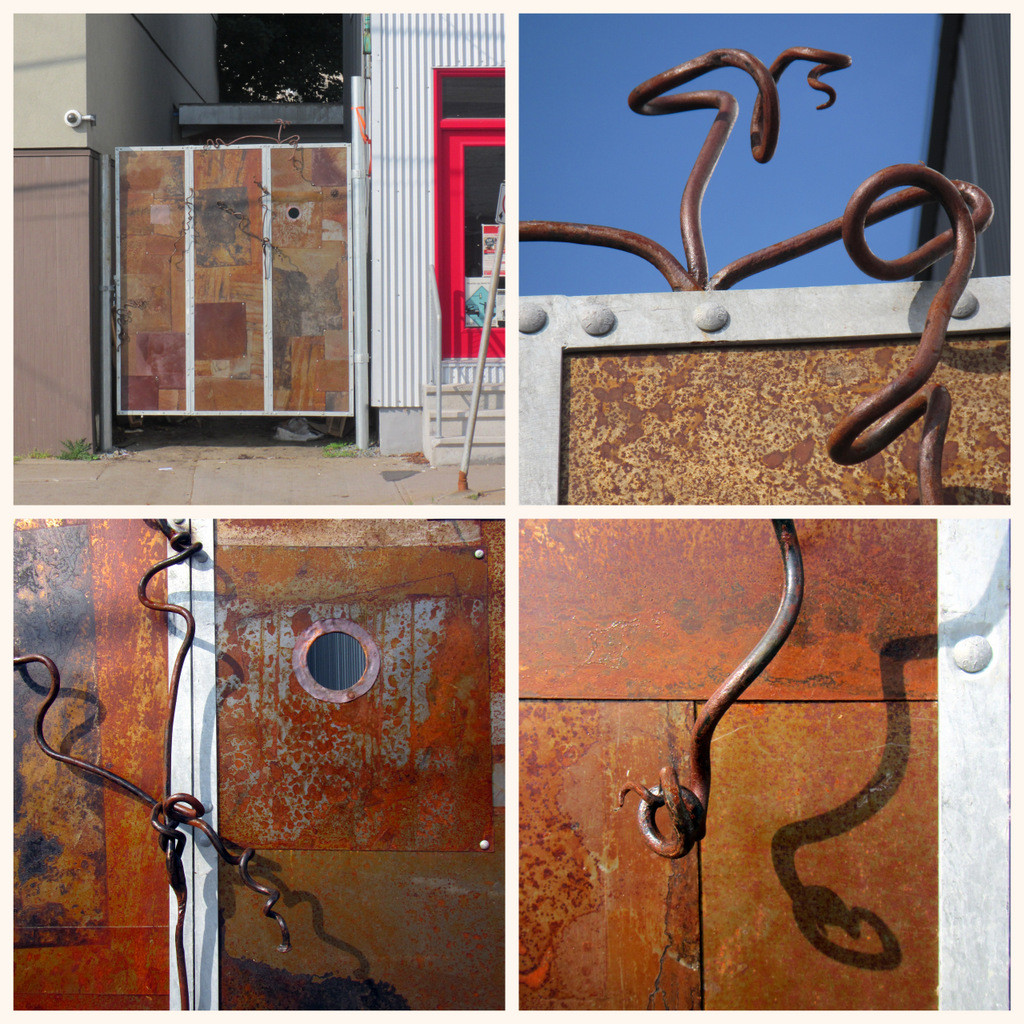 Over on Robie a new shop is being readied behind paper covered windows.  When I stopped to admire the nicely designed logo I noticed in the sidewalk one of the few remaining coal hole covers-  coal could be delivered directly to the coal bin in the basement without introducing coal dust into the rest of the house.  When I looked at my photos later I noticed a circle theme . 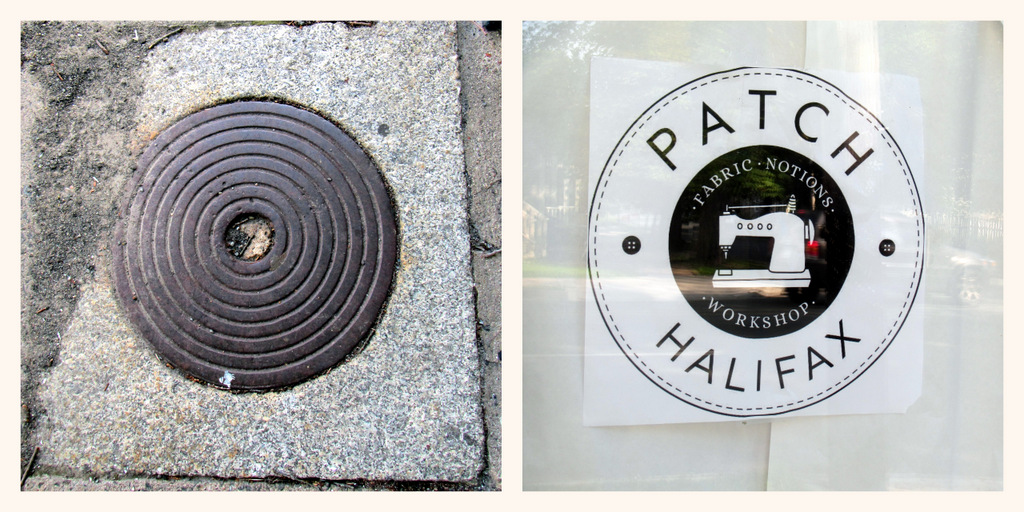 So thanks for coming on the walk.  There are lots of things I haven’t shown you but there will be other times.  And when the winter tires go on there will be a chance for another walk and by then the leaves are off and you see so much more. 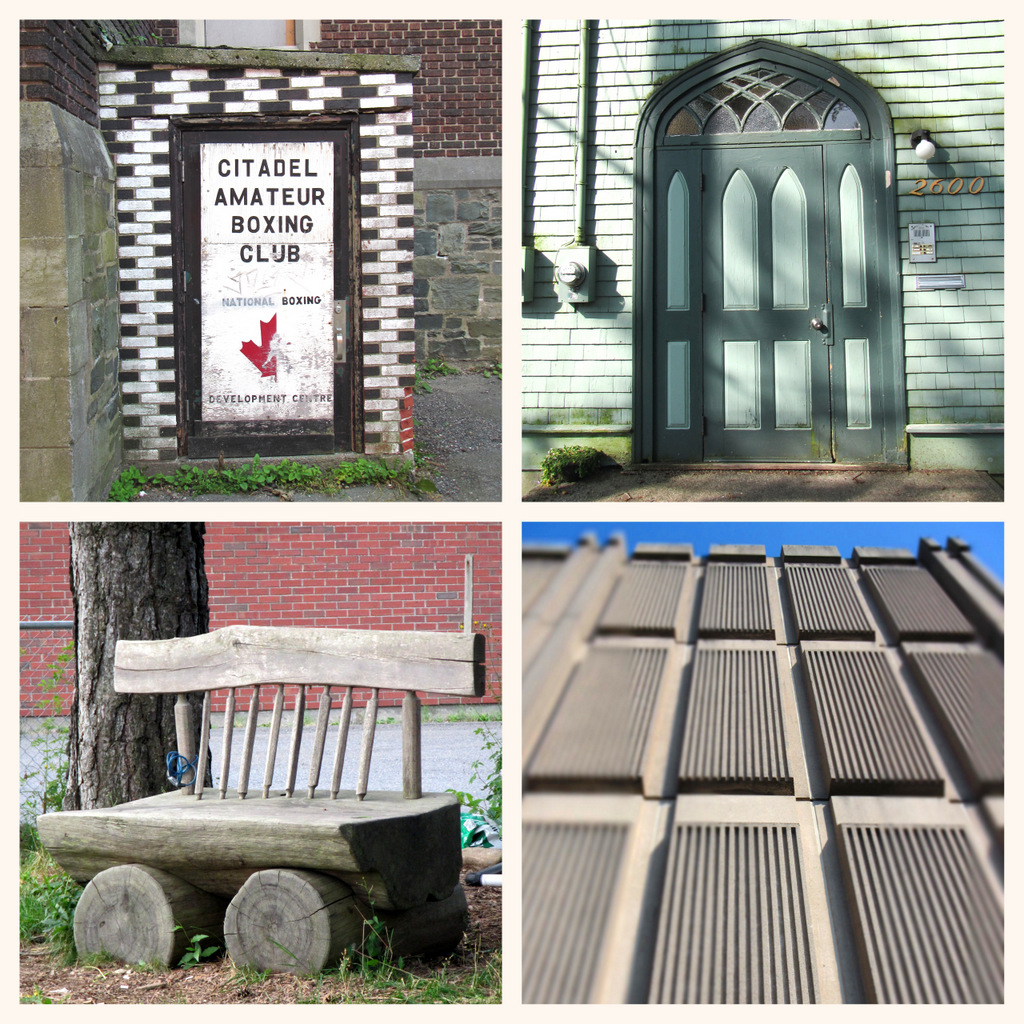