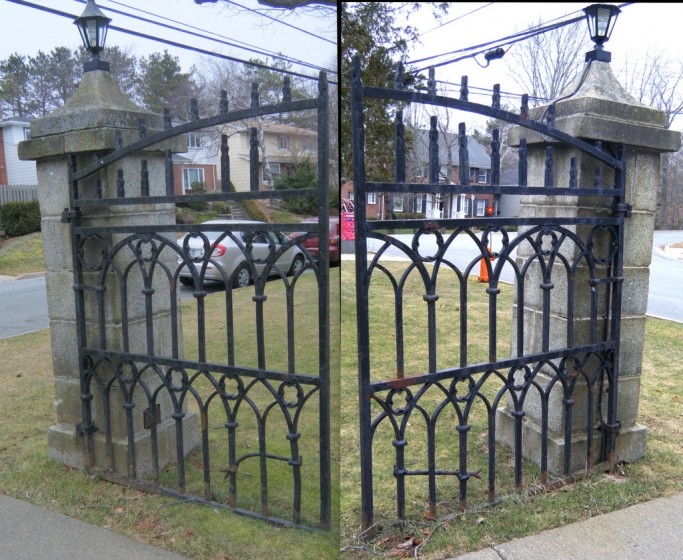 In my last post I noticed  the entrance canopy to a restaurant that closed 40 years ago (I’ve since learned that the space is now used for parking by the neighbouring yoga studio).  So I got thinking the city is probably full of similar survivors or echos.  Here is an example that makes me jump for joy.

When you go down Pine Hill Drive there  on Francklyn St.  in front of the Atlantic School of Theology are iron gates hung on granite posts.  The gates sit detached in the middle of a lawn.  I used to think they were boring but have grown to like them more , and suspect they were probably made locally. 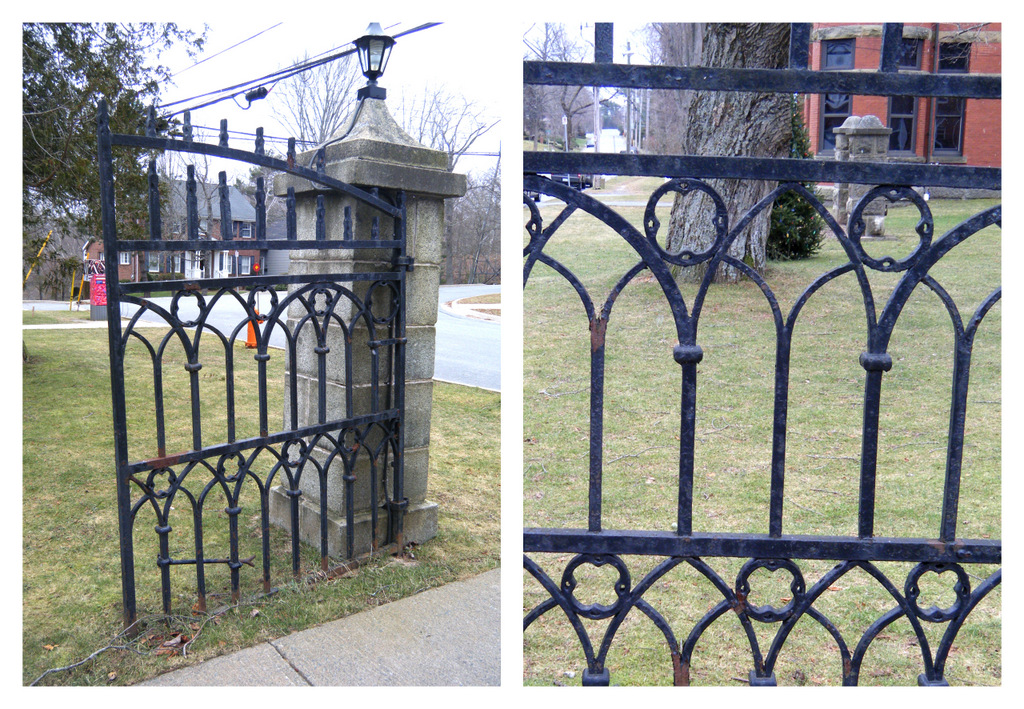 One of the reasons to like them is I now realize that they are a survival from a building that is no longer there – the Pine Hill Divinity Hall.  In this wonderful c1890  photo  from the Public Archives of Nova Scotia you can clearly see the gates and the stone walls and iron railings that were originally attached . 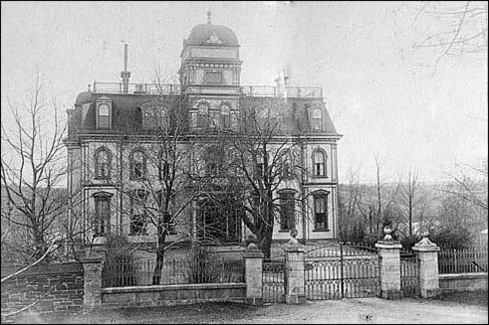 This building is a remodel of an 1870s house called Pine Hill that was built by hardware merchant Edward Albro. He owned the building that became part of the Maritime Museum of the Atlantic and a nail factory in Dartmouth. An illustration of his house in the 1880s (after it was bought by the Theology College) suggests the gates were there from the beginning. 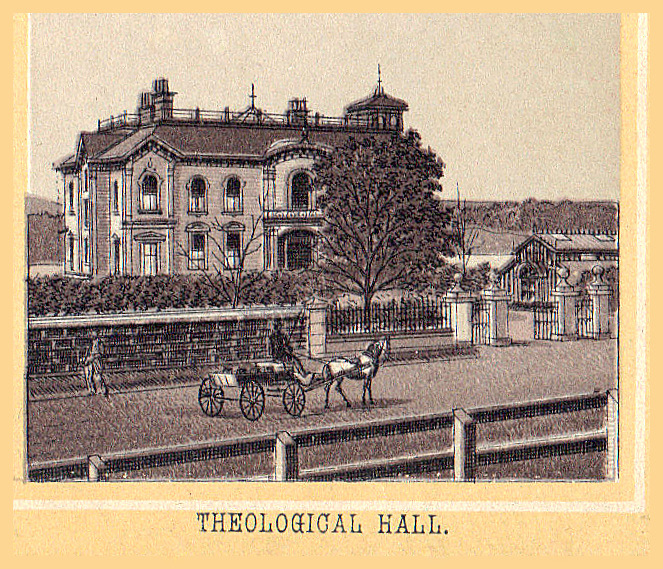 It’s fun to compare how the Italianate Albro house had a floor and tower added by the College and became a more modern Second Empire Style.

Next time you’re jogging with the dogs to Point Pleasant Park take a little detour to take a closer look.