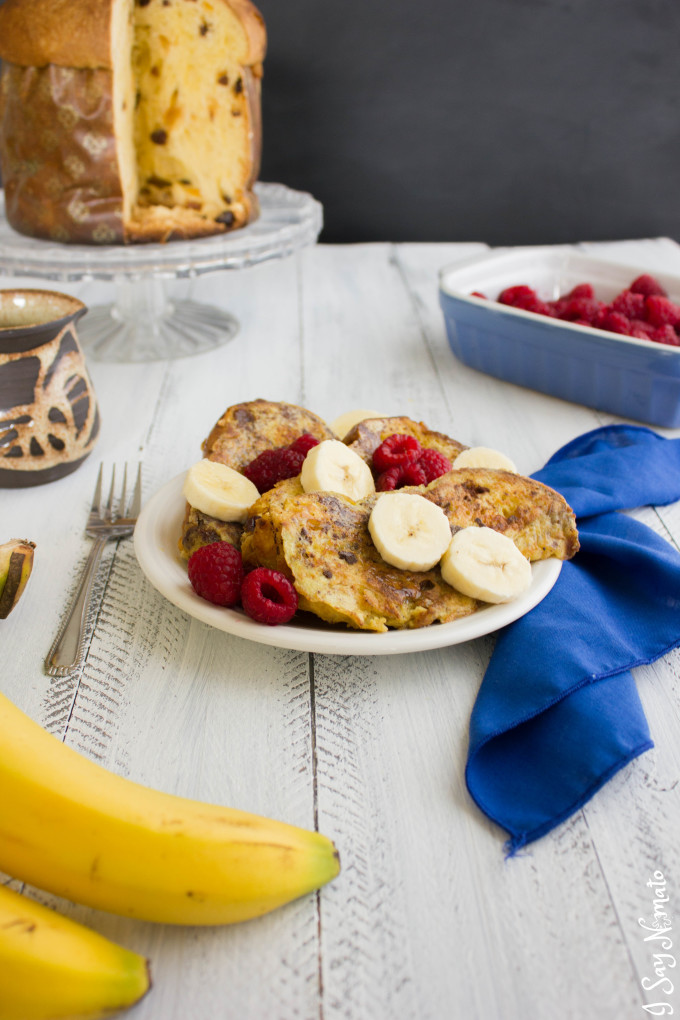 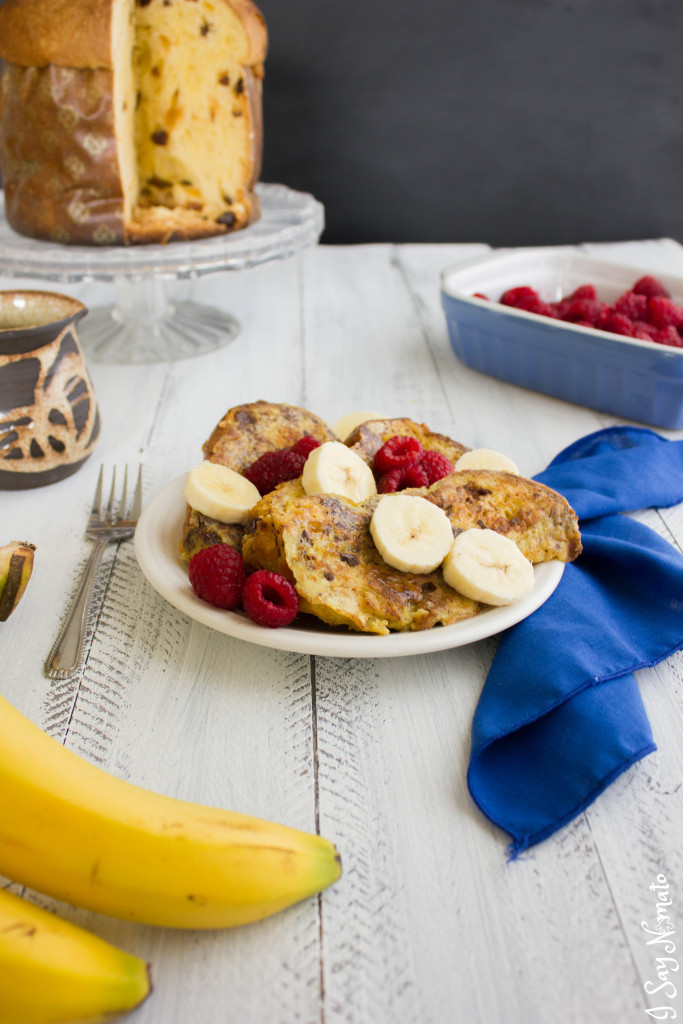 If you come visit my family during the holidays, it’s a pretty good bet you’ll leave with your arms full of panettone.

What is, panettone you ask, eyes full of wonder. This. This, my dear friends is panettone: 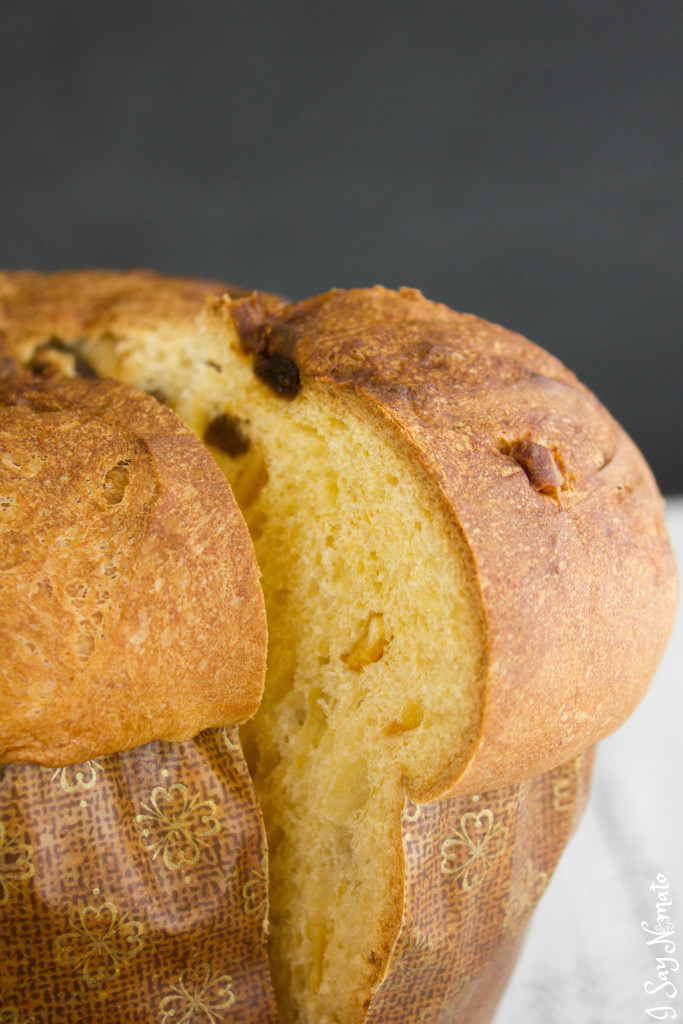 It’s glorious. A beautiful round loaf of sweet bread with a golden dome. The texture falls somewhere between soft, freshly baked bread and that one croissant you had that one time that was so light and fluffy and buttery that you had to tear it apart with your fingers and eat it as slowly as possible because nothing could possibly be wrong with the world as long as you were eating it.

Or, in my dad’s words: the only edible version of a fruitcake.

It has raisins and zingy candied oranges baked into in a sweet, fragrant bread. (Stick a slice of this stuff in the toaster oven and oooohhhhhh mannnnn). 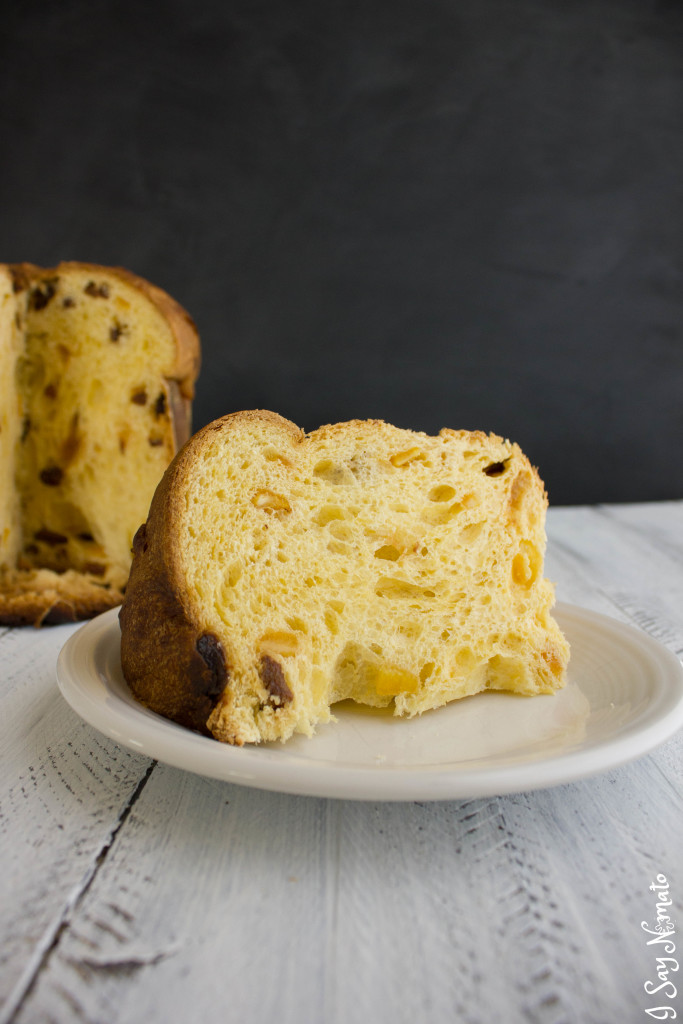 My family has been giving out panettone at Christmas as long as I can remember. My dad and his dad give it to his co-workers and business partners, my grandmother gave it to her friends, my Nona did the same.

The panettone to “all other gifts” ratio under our tree is bananas. It’s handed out as liberaly as bottles of wine. (Think they make panettone cozies?) At Easter time, it’s tradition to eat the ‘Colomba’, panettone shaped like a dove and covered in almonds and sprinkles. 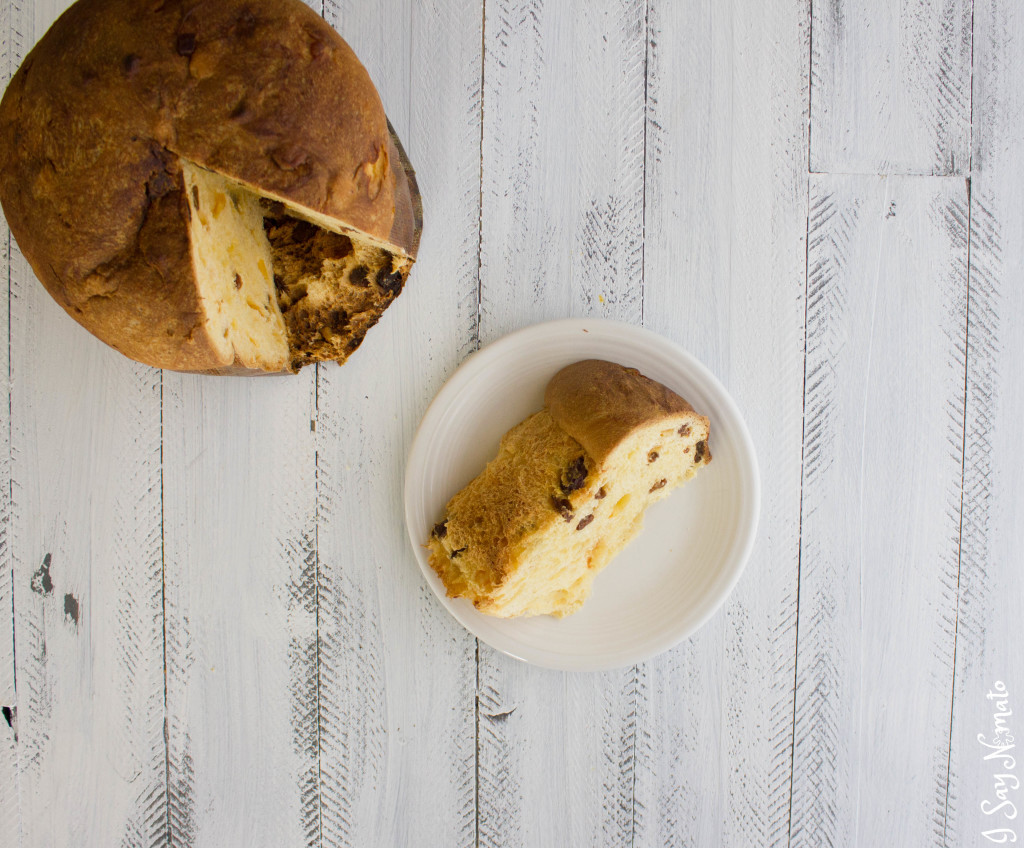 Panettone was always bought, the Motta brand is the only one that would do, that distinctive blue cardboard box with the little ribbon handle at the top.

Sure, there are recipes online. I mean, you can find anything on the internet, whether you want to or not. But for the real stuff, the one whose recipe is as carefully guarded as Fort Knox, you need to buy your panettone.

Now, of course you can eat your panettone plain. Cut, straight from the box, it’s simply glorious. 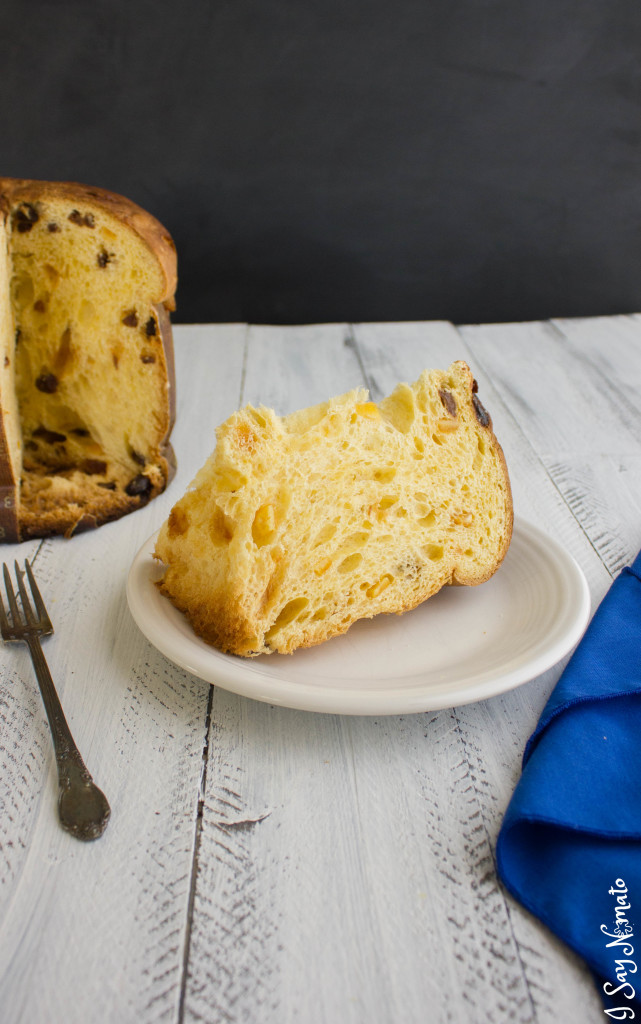 But you know me, I can’t leave well enough alone. If you follow me on Instagram, you’ll remember I ate something similar at one of our favourite brunch places in New York, Ringolevio. This was absolutely a case where I looked at the plate in front of me and said: “I can make that!” So I did. Well, something close anyway.

First step, cut your wedges, nice and thin like bread. 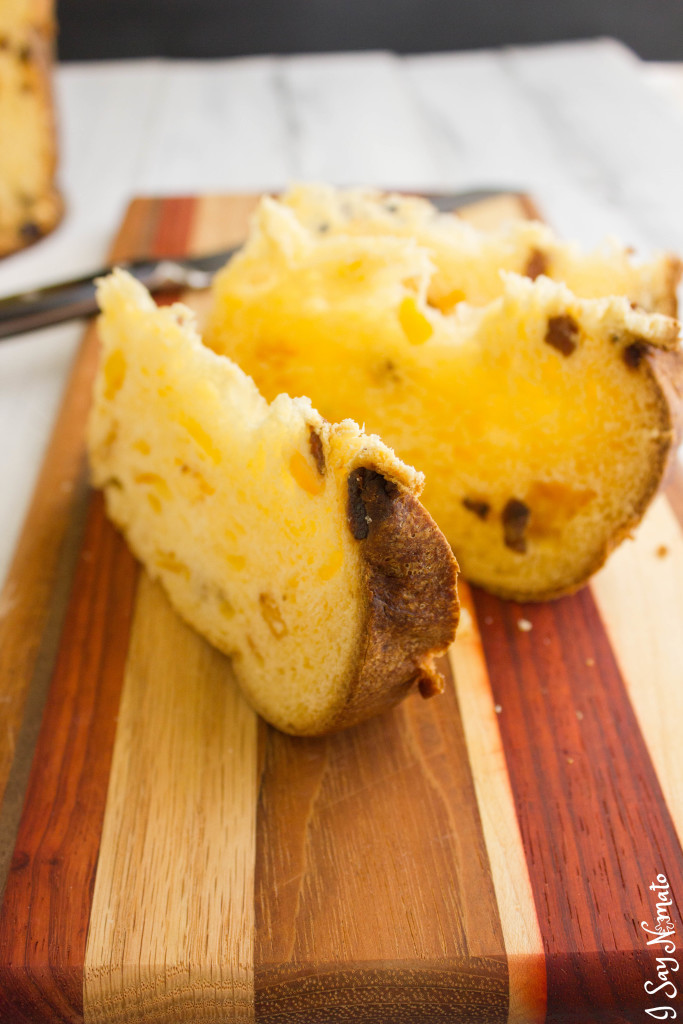 Mix up your eggs, and add some cinnamon, and whisk ‘em until they’re all mixed together.

Ummm…. so I mayyyyy have French toasted the whole panettone… oops. Good thing my sister works at a chicken farm so we get lots of these gorgeous brown-shelled beauties. 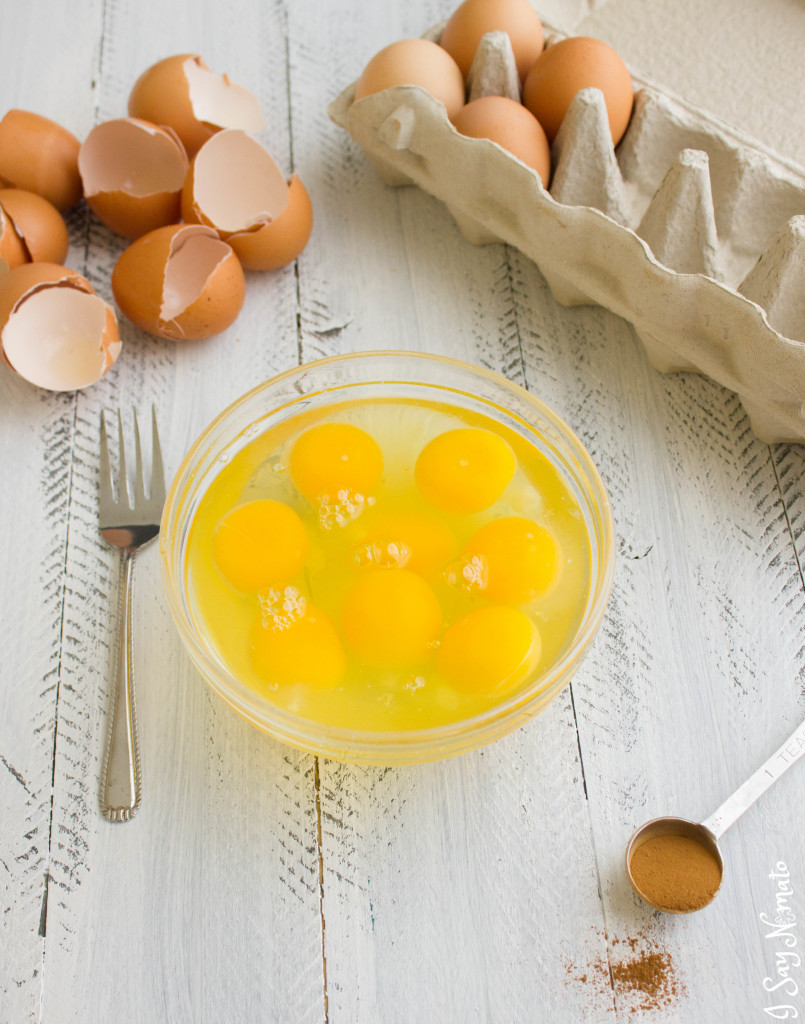 Dip your panettone slices in the egg mixture for two seconds on each side, enough to really coat them, but not so long that they’re soggy.

Toss them on that frying pan and let ‘em sizzle until they’re brown! 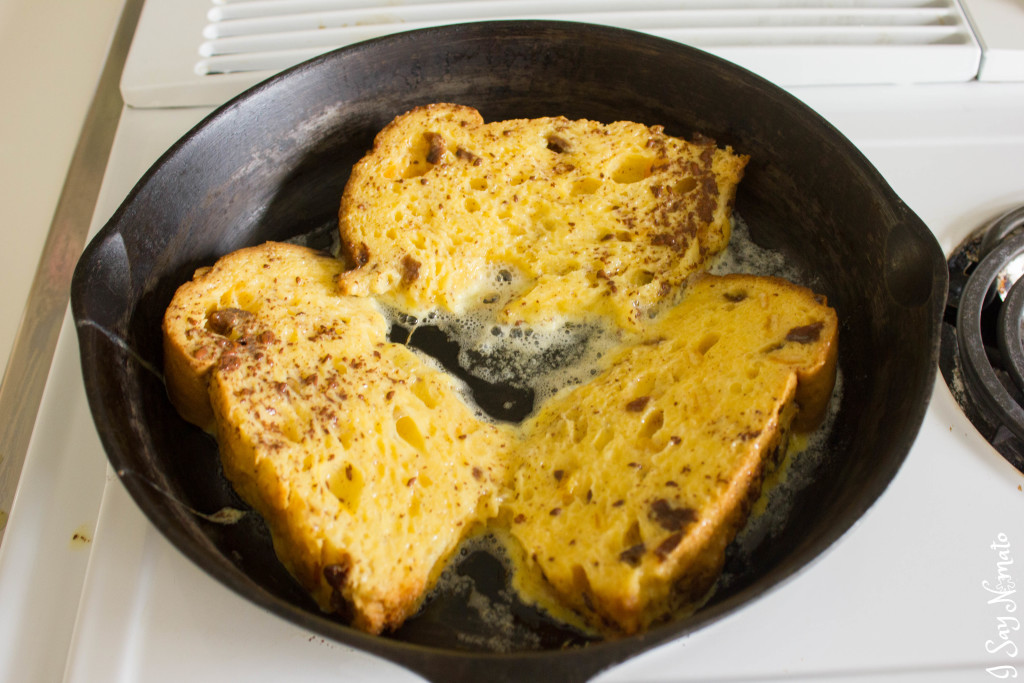 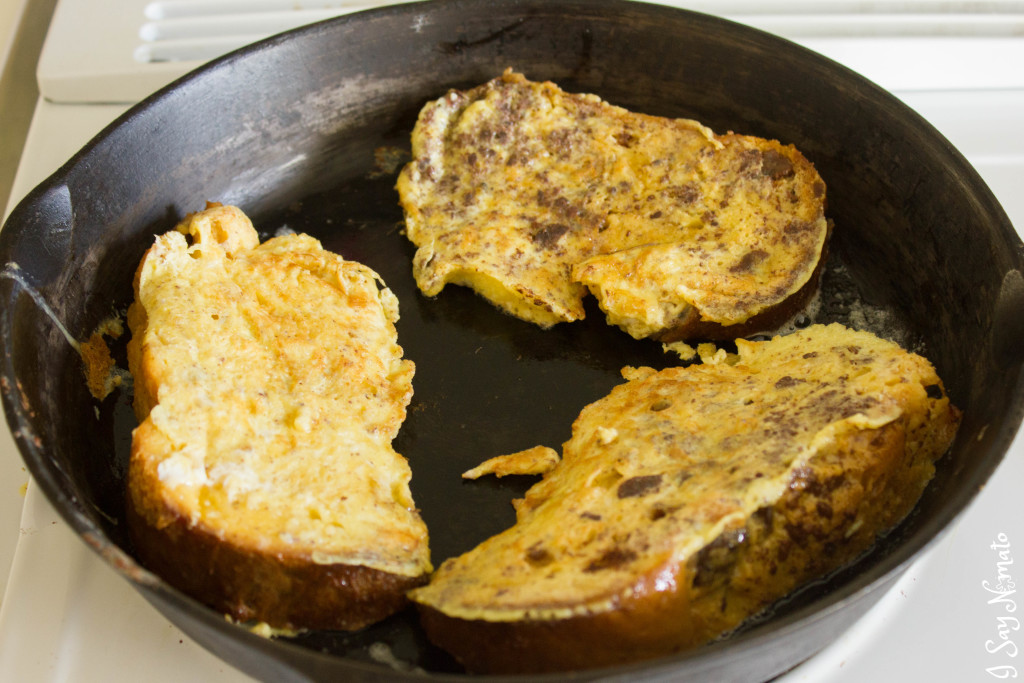 This is some serious next level French Toast. 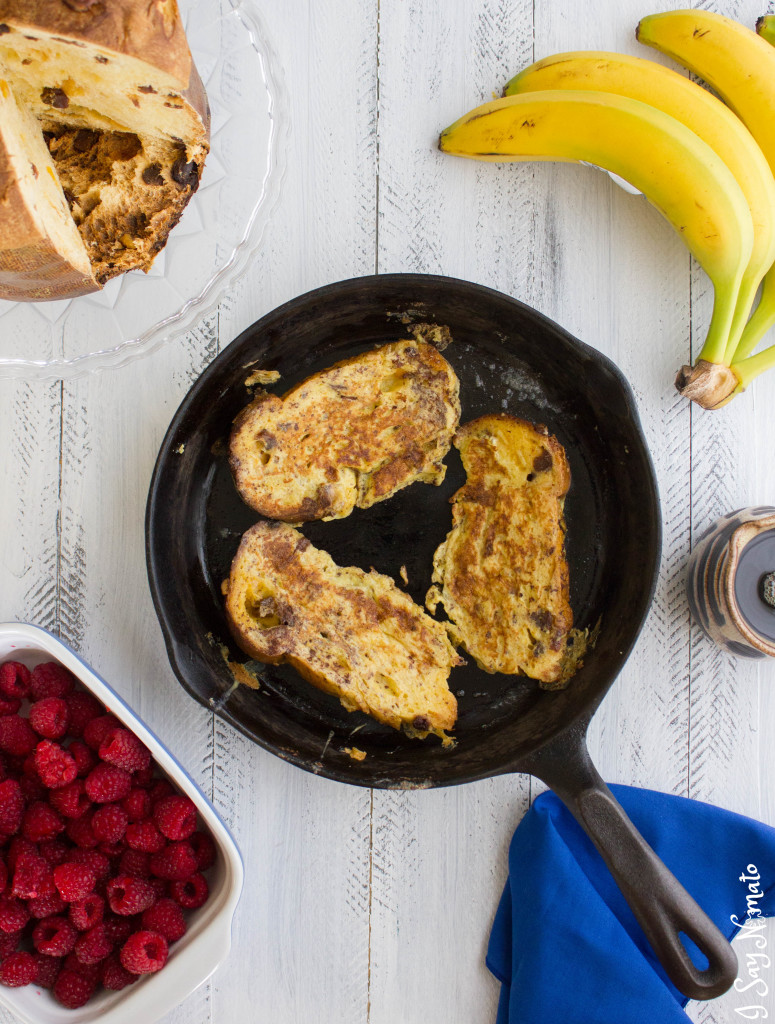 Smother it in maple syrup, because that’s the only conceivable next step. 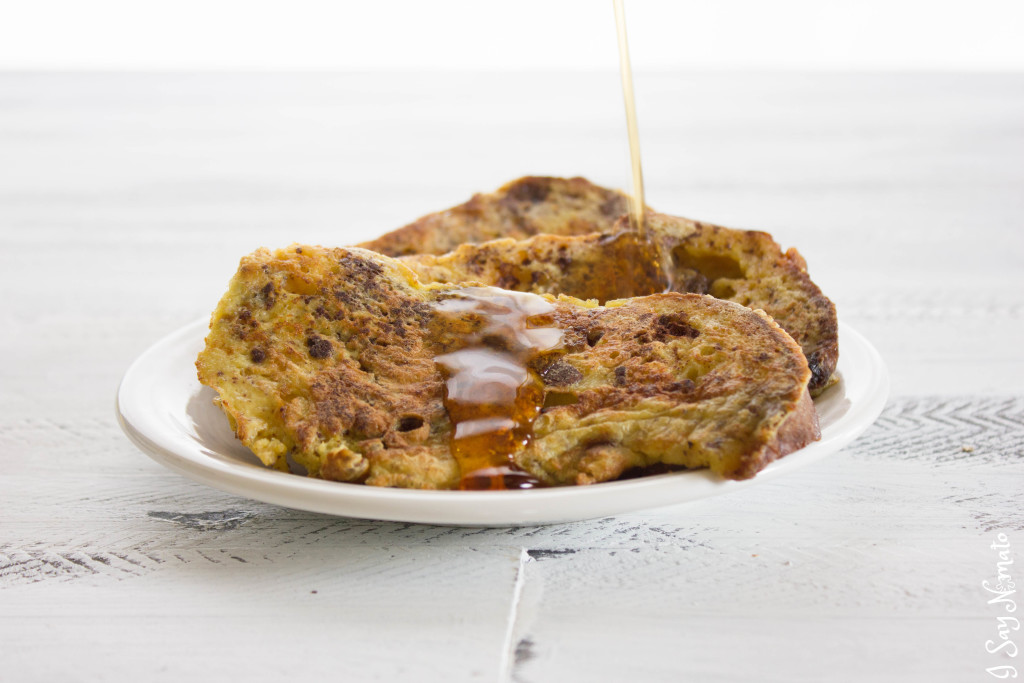 And some more fruit on top… 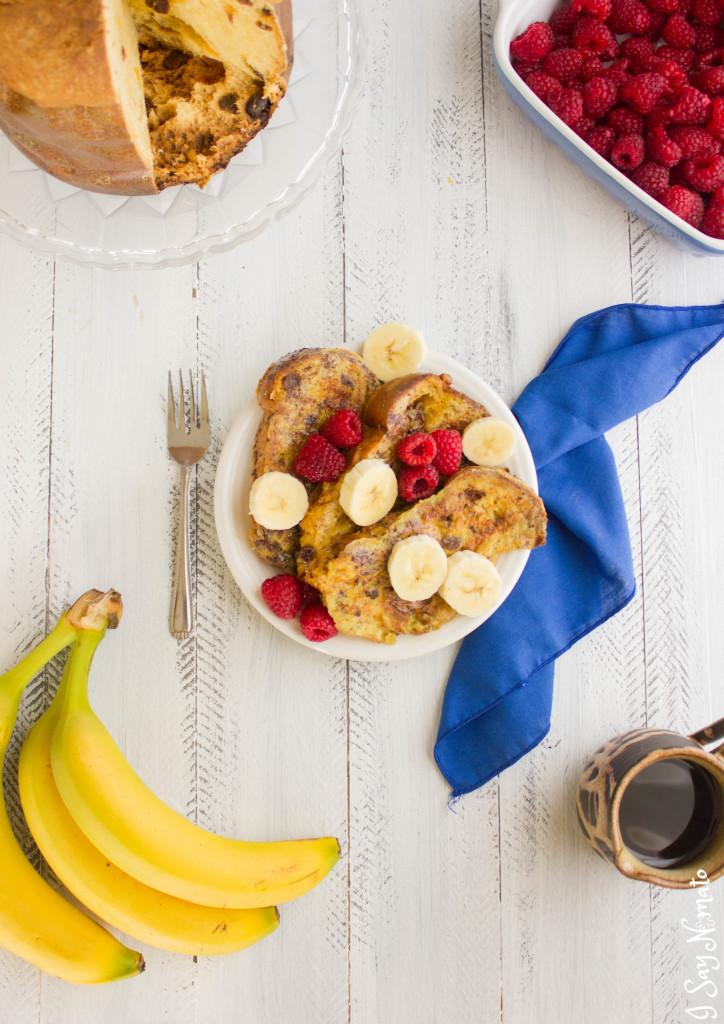 The raspberries cut through the sweetness with just the perfect amount of sour.
A smidge of powdered sugar… 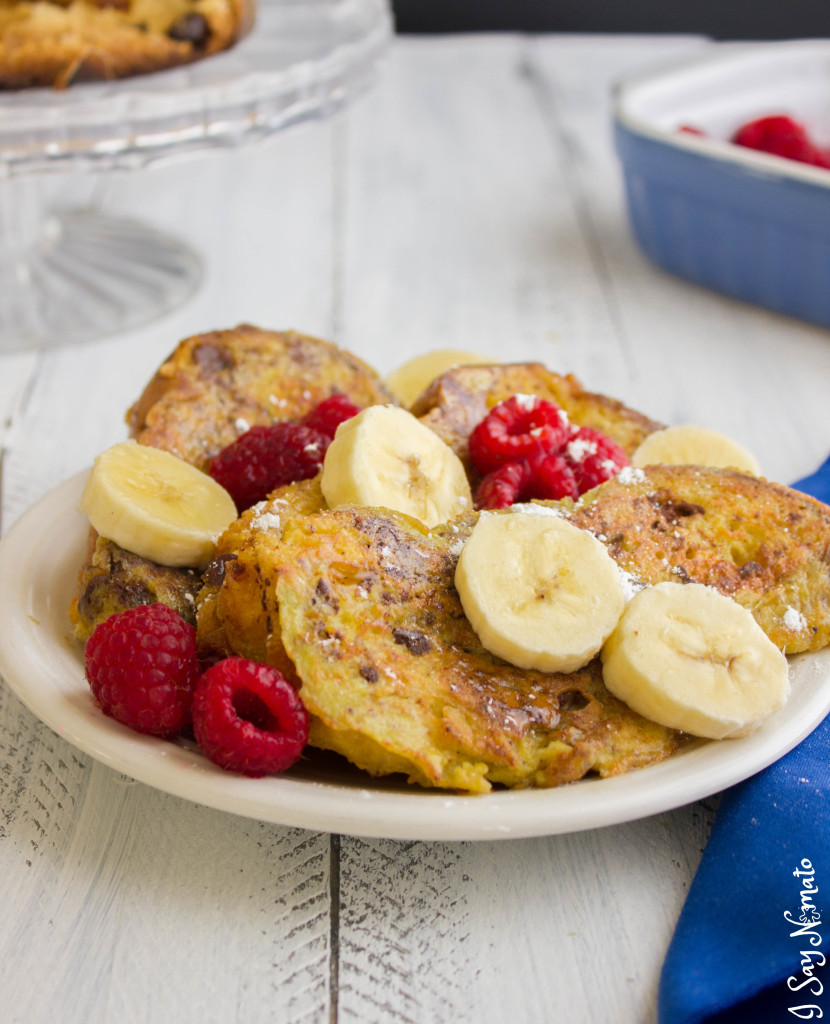 And ooooooooh man, my Nona would be so proud!

The flavour, so distinctive and sweet before, is magnified.

The warmth from the frying gives you an illusion that the bread has just finished baking. And while I might never taste a panettone straight from the oven, this…. this little slice of heaven is pretty darn close. 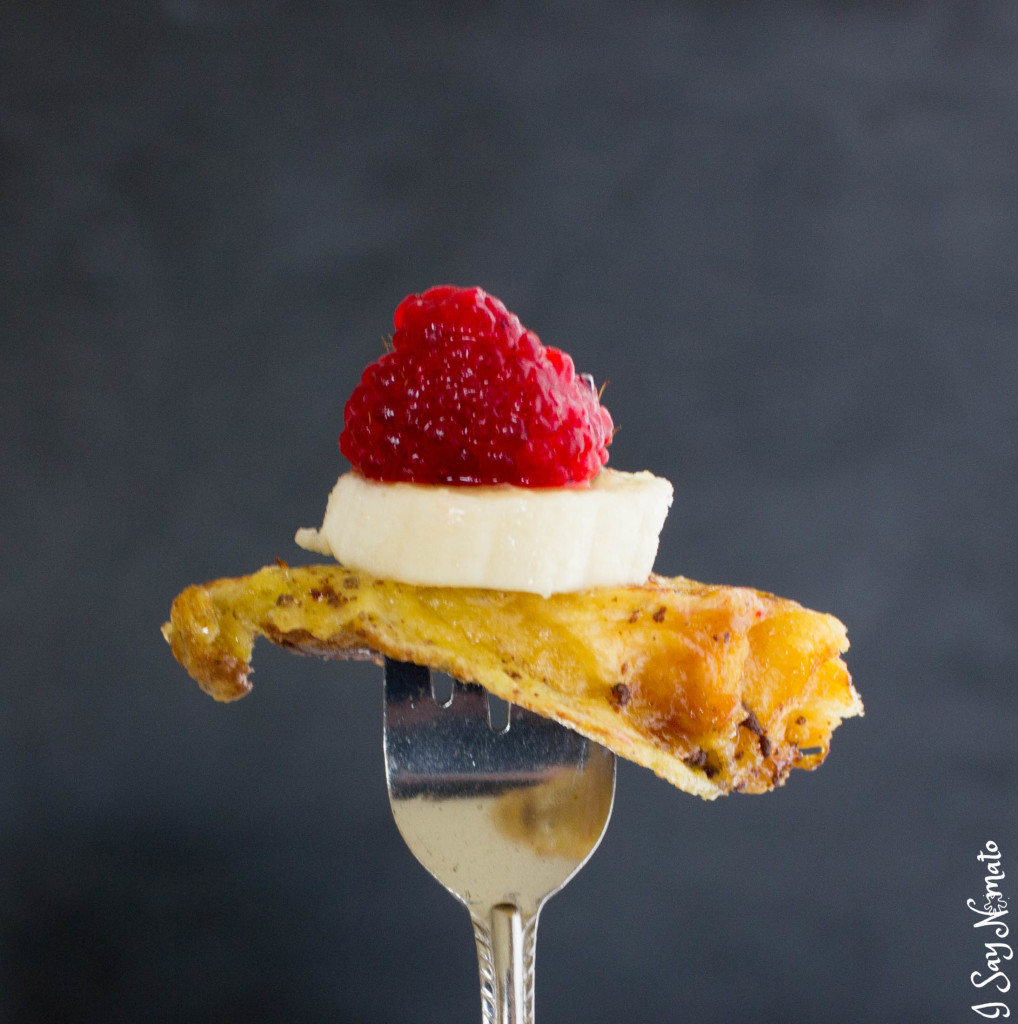 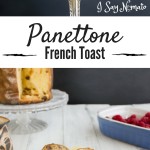