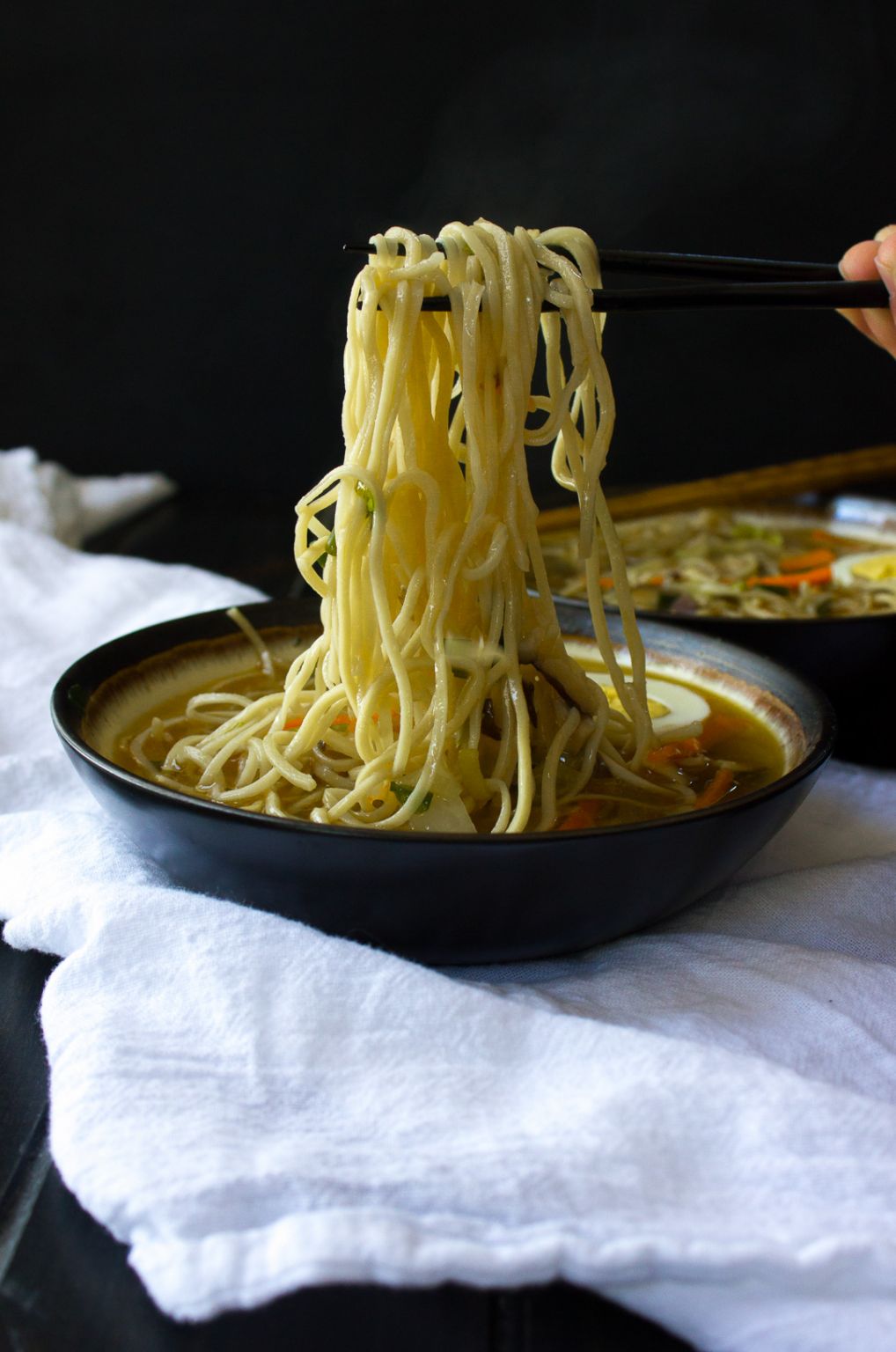 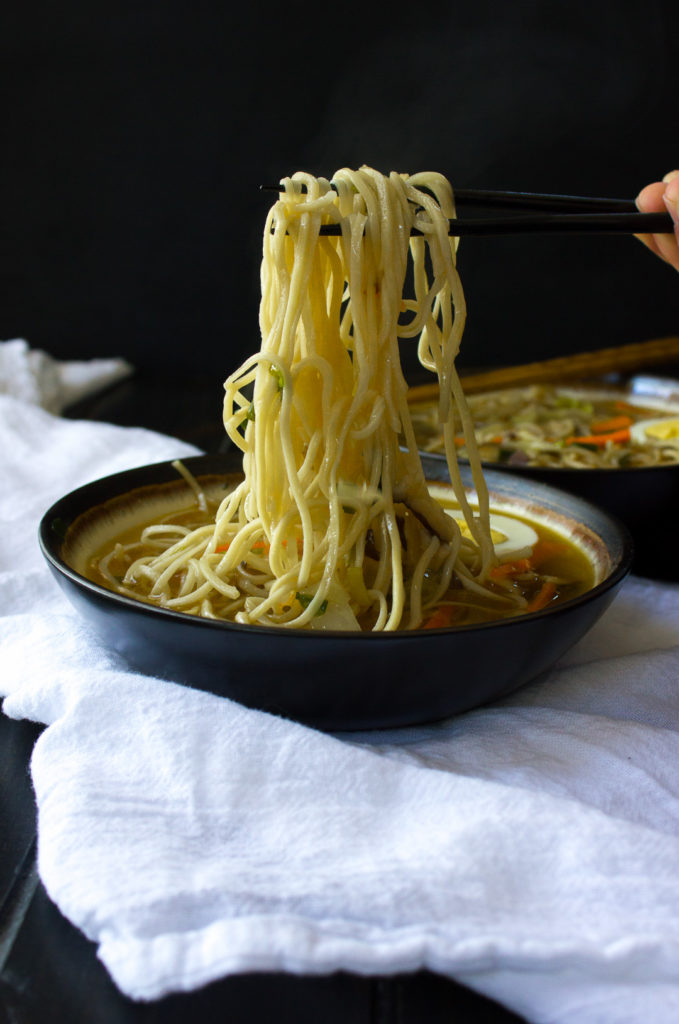 Here in rural Nova Scotia, it’s pretty much a miracle if there’s a restaurant around that’s not a) Mom & Pop Fish and Chips, b) Pizza, c) Pub Style (as long as you serve fish and chips…) or d) … I’m having a hard time thinking of a d option.

But lo and behold, there are not one, but two sushi places within half an hour of my house. TWO. One of them is newer, with a large menu and splashier sushi. The other has been around as long as I can remember, and is run by an older couple, who I adore.

I feel like you can taste when something has been made with love and care. They know exactly who we are, and what we would order: ramen for both of us, split an order of dumplings, veggie roll for me and something crazy and adventurous for Mr. Nomato, who takes some of his allergy medication so he can eat rolls so hot they make you cry. It’s one of our favourite places to eat.

Along the way, somewhere, something got mixed up and the owner (who is also the only server) thought I didn’t like shrimp in my ramen. (I do!). Every time we ate there, he would be so proud that he remembered. He’d carefully place my steaming bowl of ramen in front of me, smile and say “No shrimp, eh?”, and in typical Canadian fashion I never corrected him, just smiled back and nodded…. and stole some of Mr. Nomato’s. The no shrimp was our thing!

Then we left for Saba and the US for four years. And I would crave that ramen.

Steaming bowl of noodles that are just the right texture, so satisfying to bite into. The broth so hearty, so flavourful you have to drink it to the last drop, spicy enough to bring colour to your cheeks. And yes, those illicit bites of shrimp stolen from Mr. Nomato’s bowl. I have dreams about that ramen.

We finally made it back there a couple months ago. It hadn’t changed too much, still the same wicker chairs and tables, the vine that had grown another eight feet while we were gone, wrapping around the inside of the restaurant. I wasn’t sure if he would remember us. We ordered the same thing we always ordered.

He brought out our bowls, smiling. FINALLY! I could satisfy my craving! There it was, my treasured bowl full of ramen. 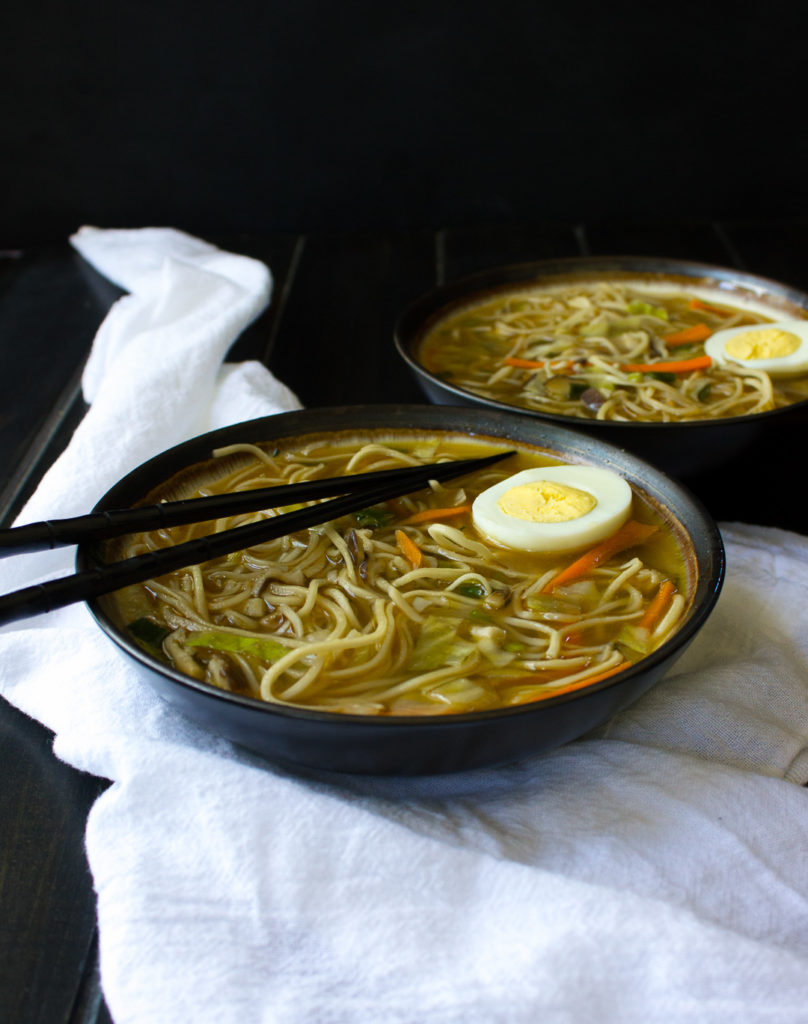 I was heartbroken. It’s stupid but it was like that shrimp was a reminder of everything we had given up to go on this crazy amazing adventure. The people we have left behind, the memories and connections that just keep going while we’re off galavanting around. I’m not going to lie, I almost started crying into my bowl.

Then he came back up to us, looked at me, looked at the bowl, smiled, and said “No shrimp, eh?”

So ramen holds a very special place in my heart. And when I make it for dinner, I can’t make it spicy, but I CAN make it freaking SING! I’m sure there is some Japanese chef out there who will crucify me for the recipe I’m about to share with you, but I don’t care. This recipe is so SO delicious, and it’s nightshade free! And it’s so much easier to make than I ever imagined!

Cut up all your veggies so they’re thin. Your carrots, shiitake mushrooms (such a wonderful nutty flavour! If you’re not a mushroom fan, I suggest keeping them in but cutting them up really small), green onions and cabbage. Sautée them in a pan with the toasted sesame oil, until they’re soft. While you’re doing that, set your broth to heat in a large pot (and I mean large, your broth should only hit the half-way mark in the pot or else you’re going to overflow!) 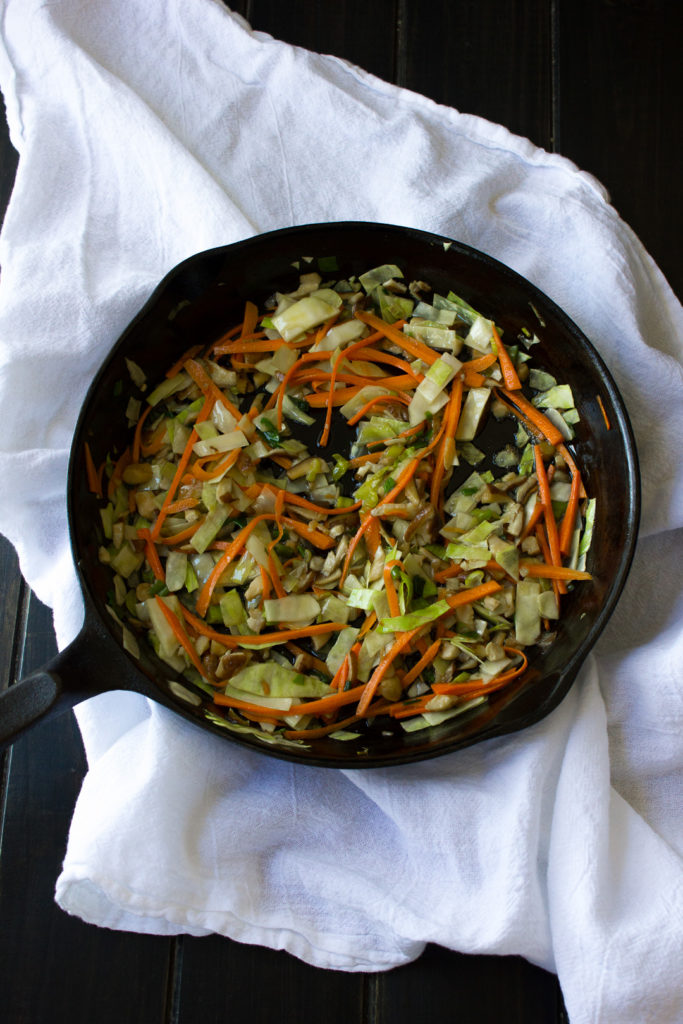 Dump your veggies into the pot, and stir to get all those amazing flavours melded together. Bring the whole thing to an almost boil. It should be steaming, but not boiling. Add those ramen noodles and let it simmer until they’re al dente, a little chewy. There’s nothing worse than ramen that’s too soft! Give it a stir now and then to make sure everything is evenly distributed in the broth.

Serve! I’m a sucker for putting a hard-boiled egg on top for some protein. And the broth flavours it so deliciously. I actually usually go back for a second egg… 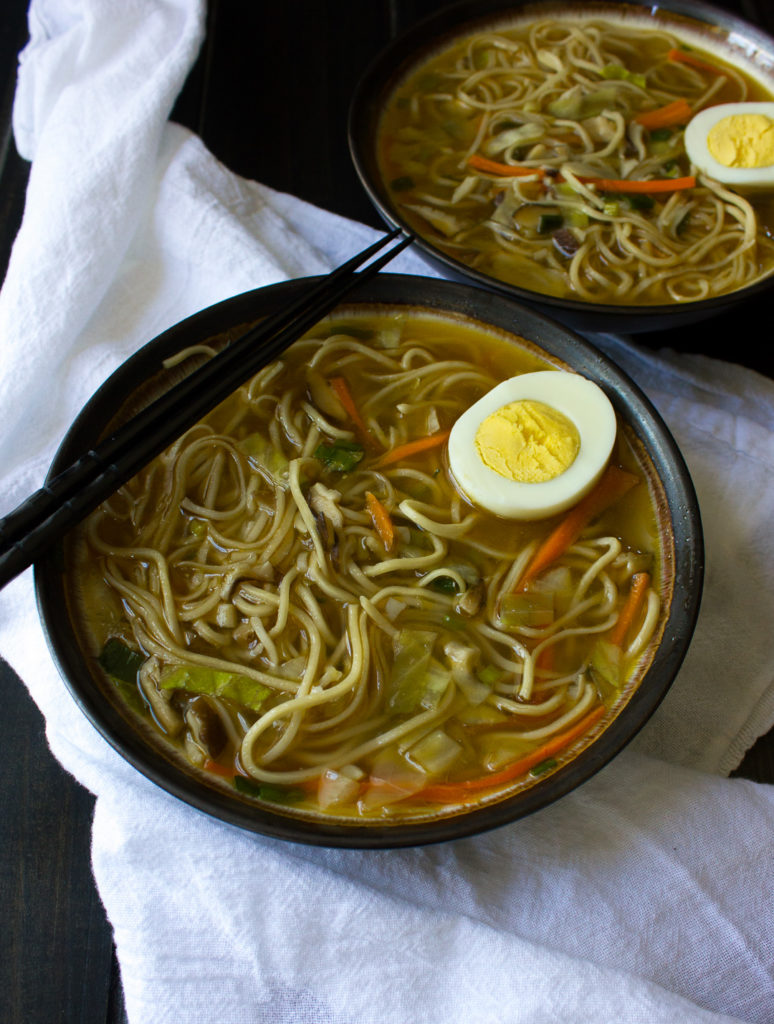 This ramen is incredibly delicious, and incredibly easy. I’m shaking my head at all those years I thought I couldn’t make my own.

The noodles are just the perfect amount of chewy…

Between the shiitake mushrooms and the toasted sesame seed oil the broth tastes amazingly nutty, a perfect counterpoint to the sweet carrots and the slightly salty soy sauce. 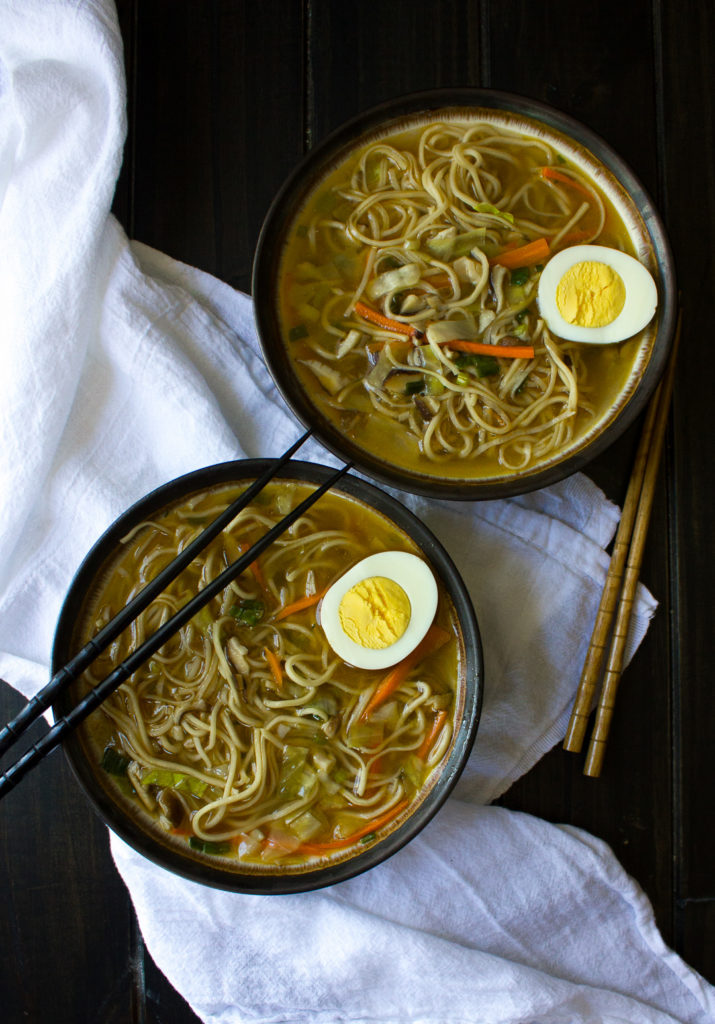