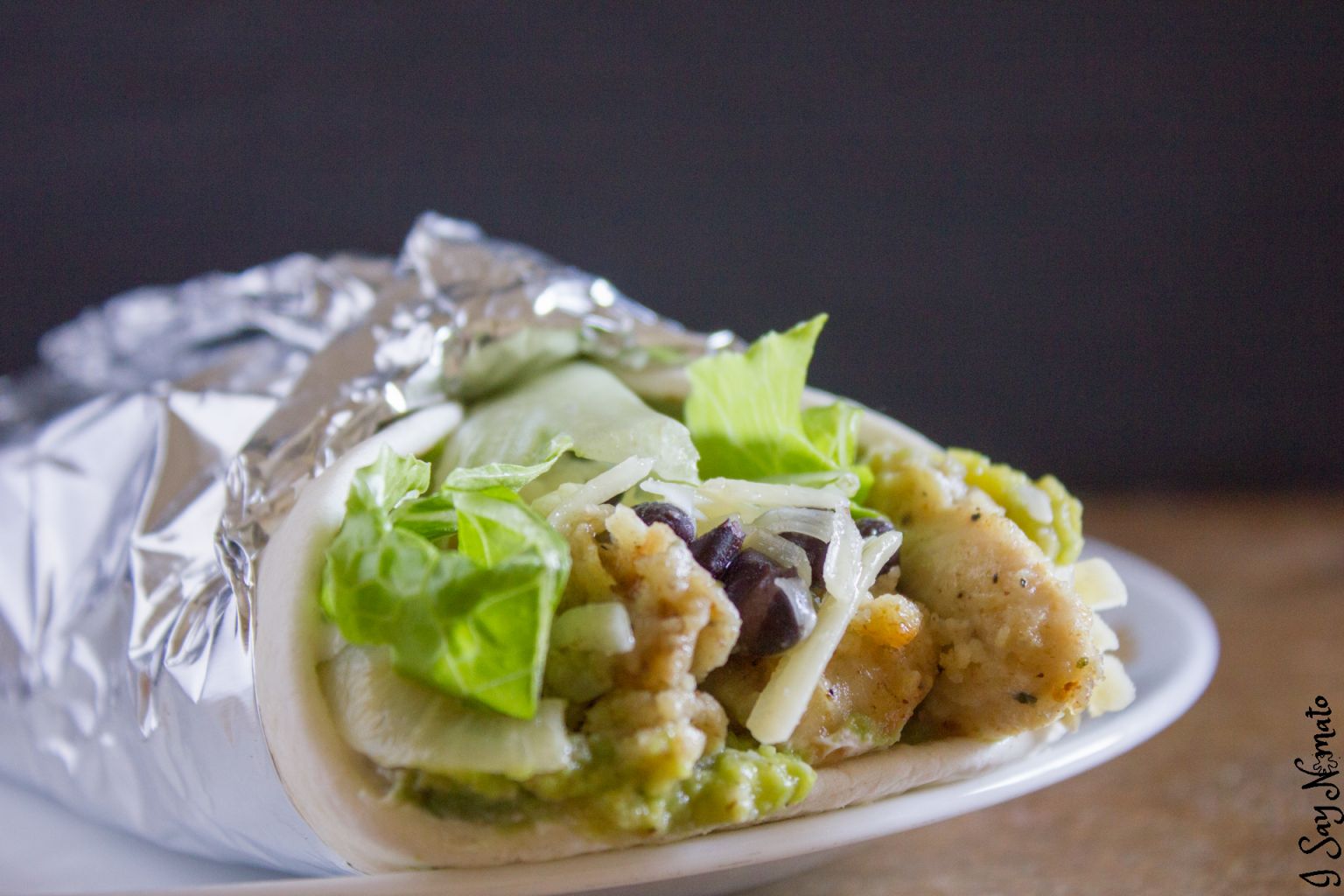 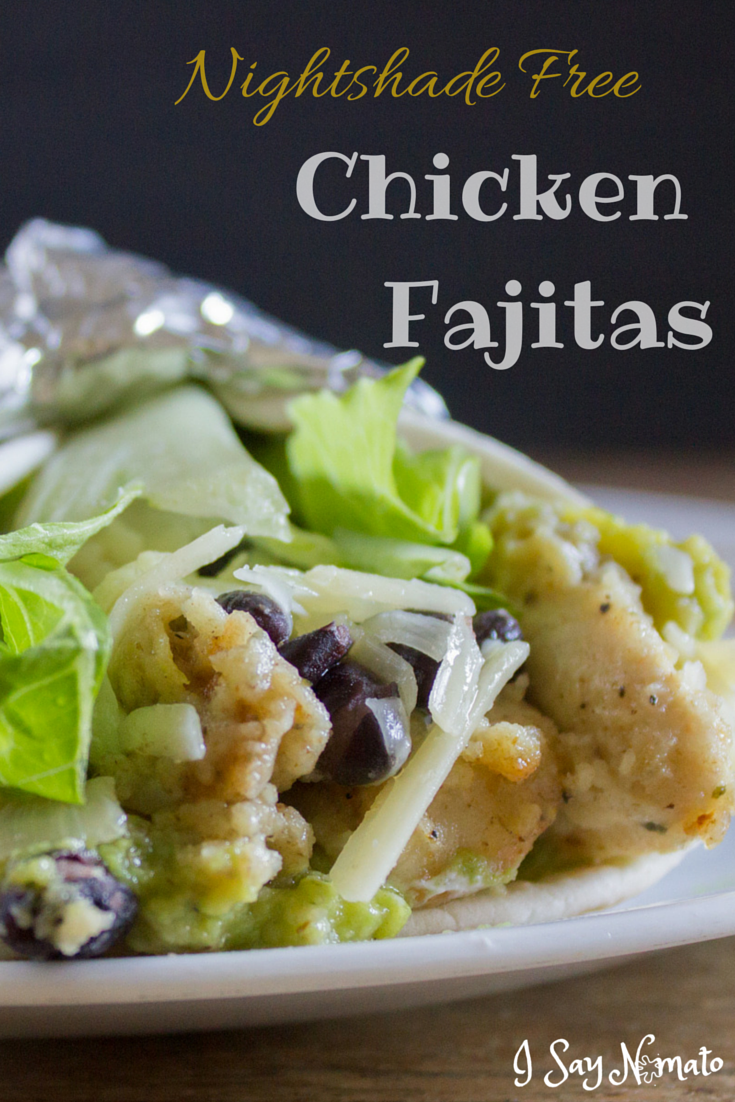 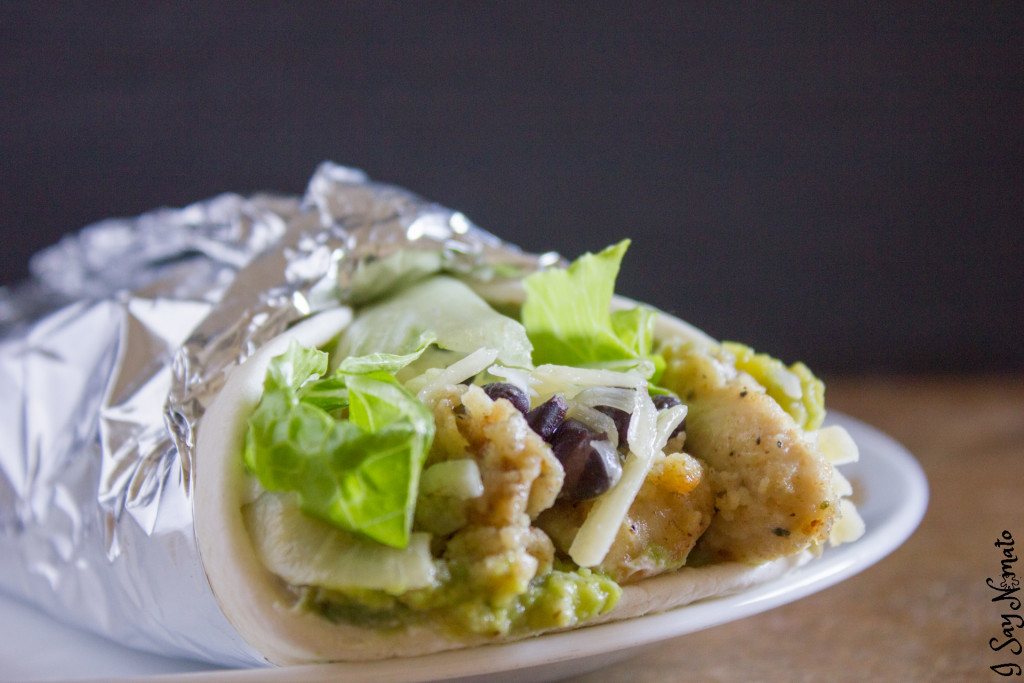 Time to come clean: this recipe is really more Mr. Nomato’s than it is mine. He’s been making this since before we met! It’s one of his specialties. When I’d get home after a long day of teaching he’d take one look at my exhausted face and say the magic word: “Fajitas?” And then disappear into the kitchen while I collapsed on the couch and tried to ignore the giant pile of marking sitting in front of me. Middle graders, I tells ya.

Now he’s the one with the long days, coming home from the hospital at all hours. Sometimes he doesn’t even get to eat his lunch, so he is a ravenous ball of hangry (hungry + angry) by the time he makes it through the door. I don’t even wait until he’s home to say the magic word. He texts me to say he’s coming home, and the fajitas are so quick they’re done before he even pulls into the driveway!

Trying to get him to divulge the secrets of this recipe was funny because, like me, he’s a bit of an estimator when it comes to cooking. Basically he adds things until it ‘smells right’, and it ALWAYS turns out amazing. The nose knows! If you want to add a little more or less of anything, feel free, but following this recipe will get you a pretty darn good result! And the best part is – it’s E-A-S-Y. Seriously. This recipe basically has five steps: Slice. Measure. Shake. Fry. EAT!

First what we want to do is prepare the coating for the chicken and onion. Pour it into a large ziplock bag (or toss it on a bowl to stir with a spoon, but the bag makes it SO easy!). Then add the spices, garlic, cumin, salt and pepper. Absent-mindedly remember that this will be a light coating on your chicken, wonder if the flavours will come through, and then add more. Oops. Close up the bag and shake until it’s mixed! 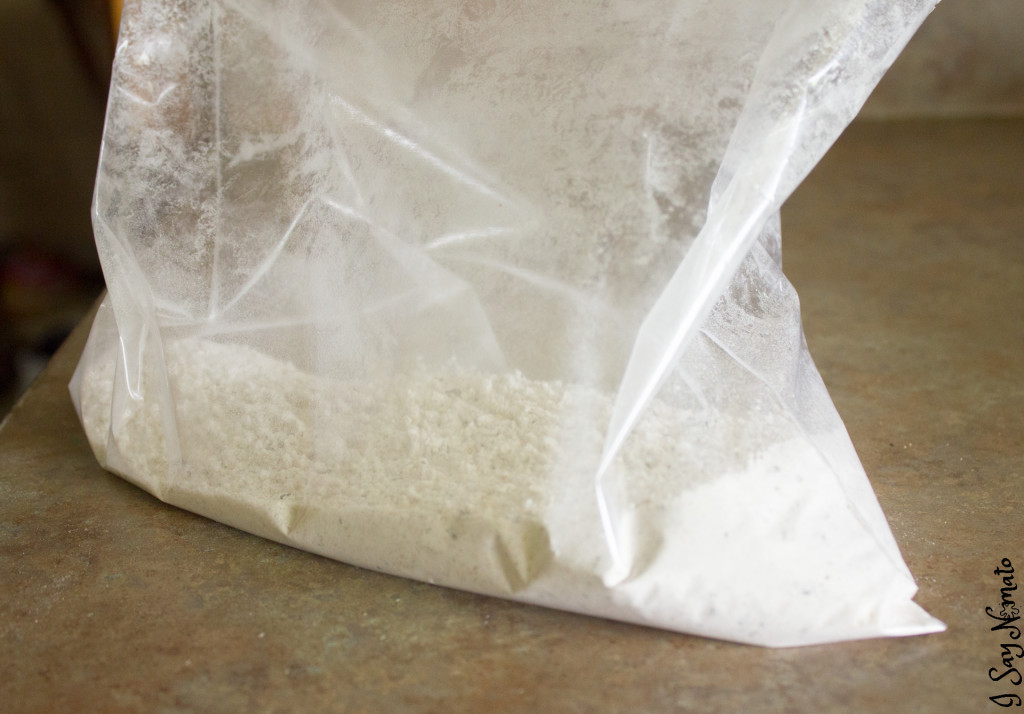 Heat your frying pan, and add canola oil. Toss your coated chicken and onions into the pan, setting the heat to medium low. Hopefully your frying pan is a little bigger than this one. I kept this on a little longer just to ensure there was no pink chicken! One day I’ll get my giant pan out of storage and have a feast! 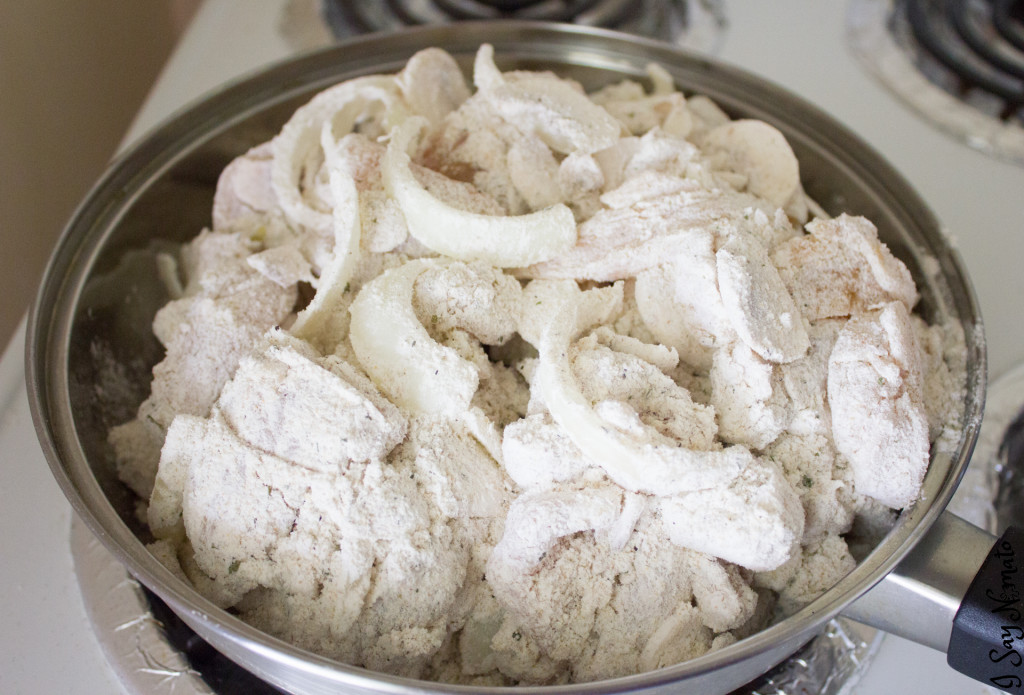 The chicken should get all crispy and delicious. Look at it! So yummy. 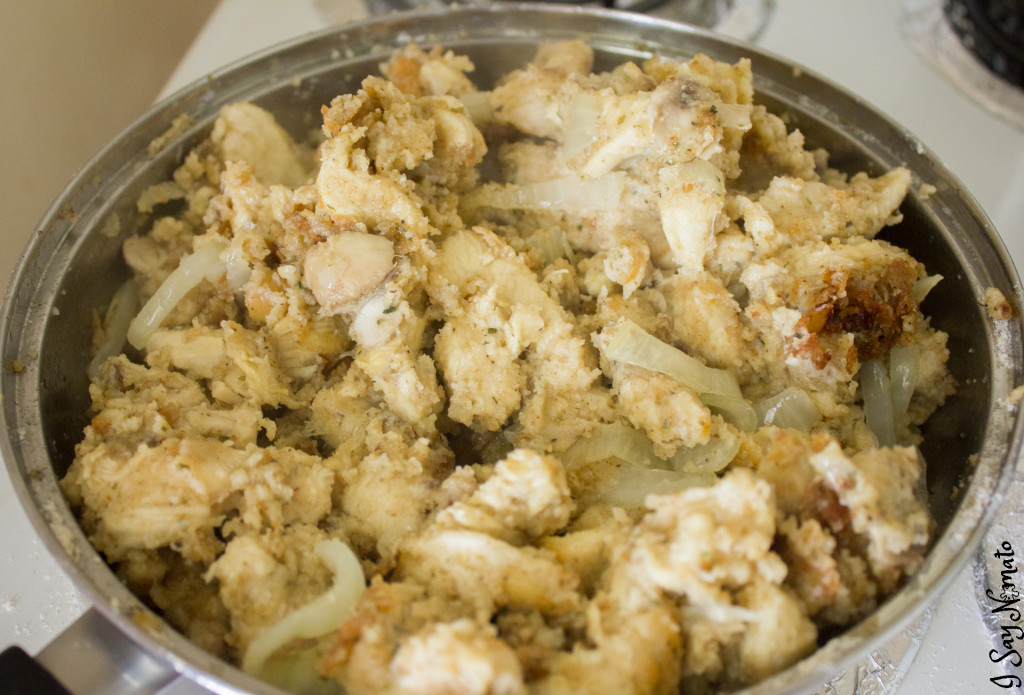 Now add to a tortilla covered with your favourite toppings. I’ve also eaten it on top of a salad with tortilla chips, kind of like a taco salad but nightshade free! 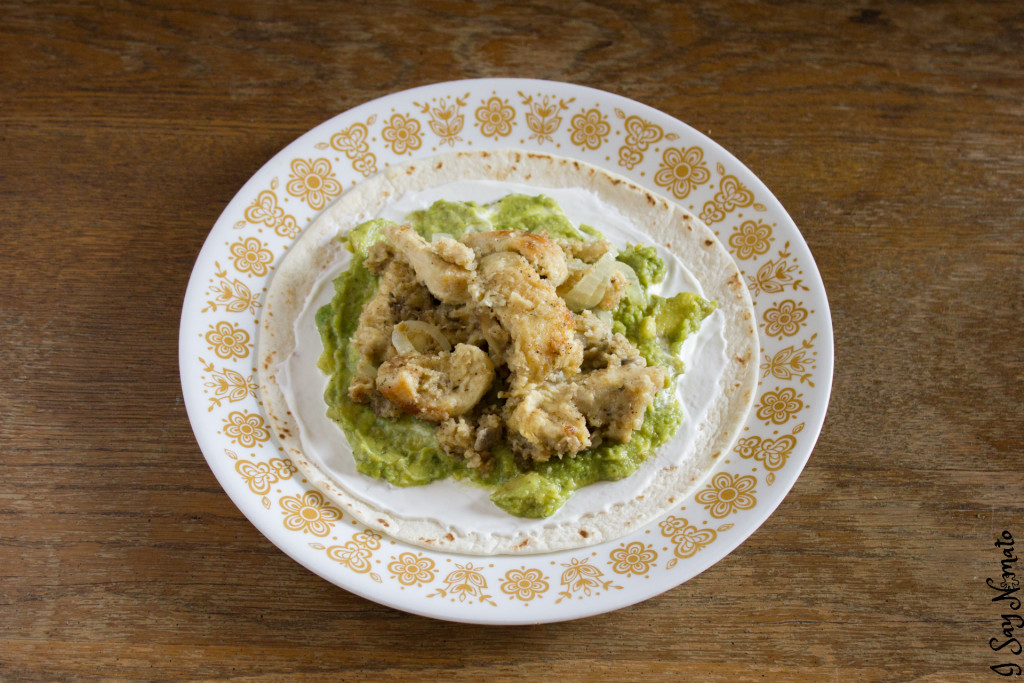 We usually add whatever we can find in the kitchen. Today I had lettuce, sour cream, guacamole that I had made and stored in the freezer, some black beans, and cheddar cheese! 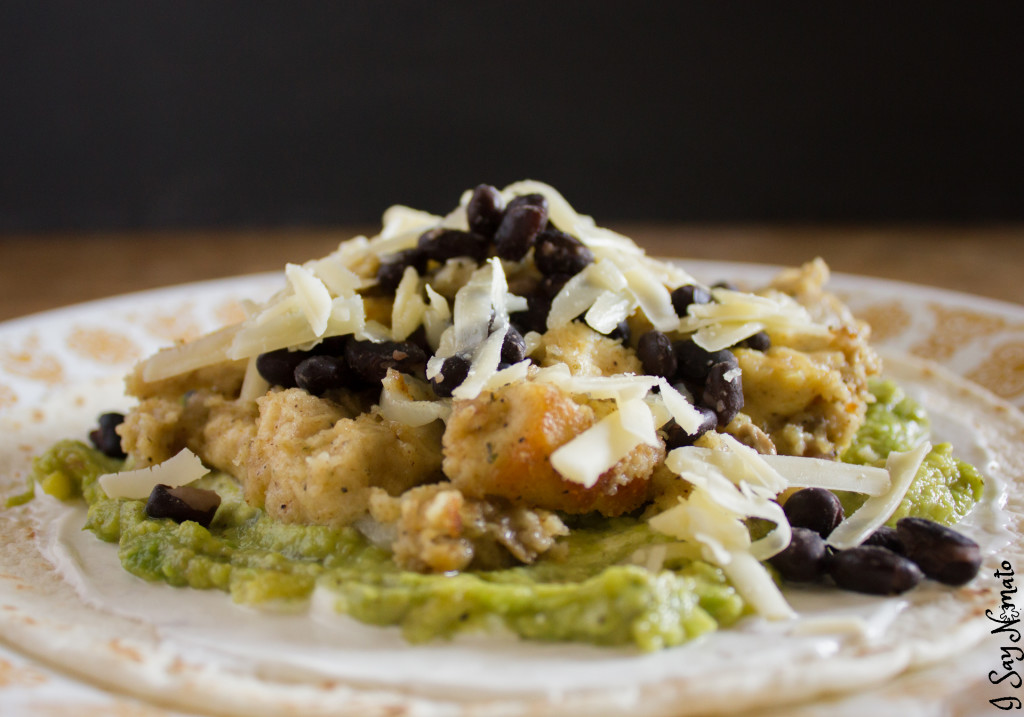 Roll ‘er up snug as a bug and eat! 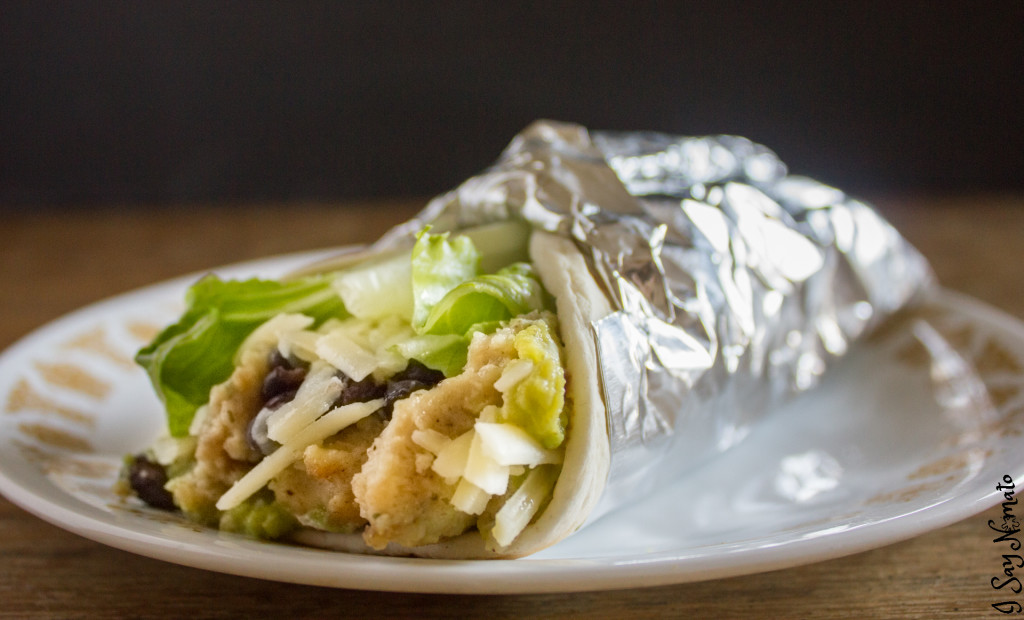 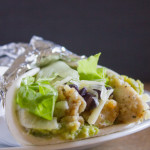