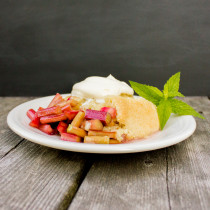 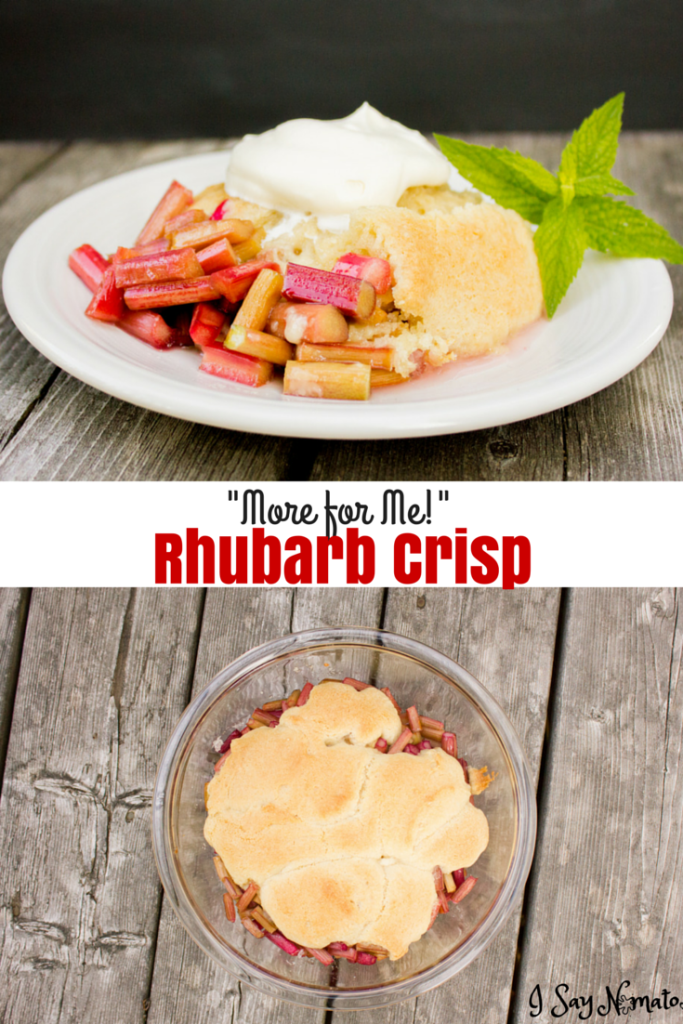 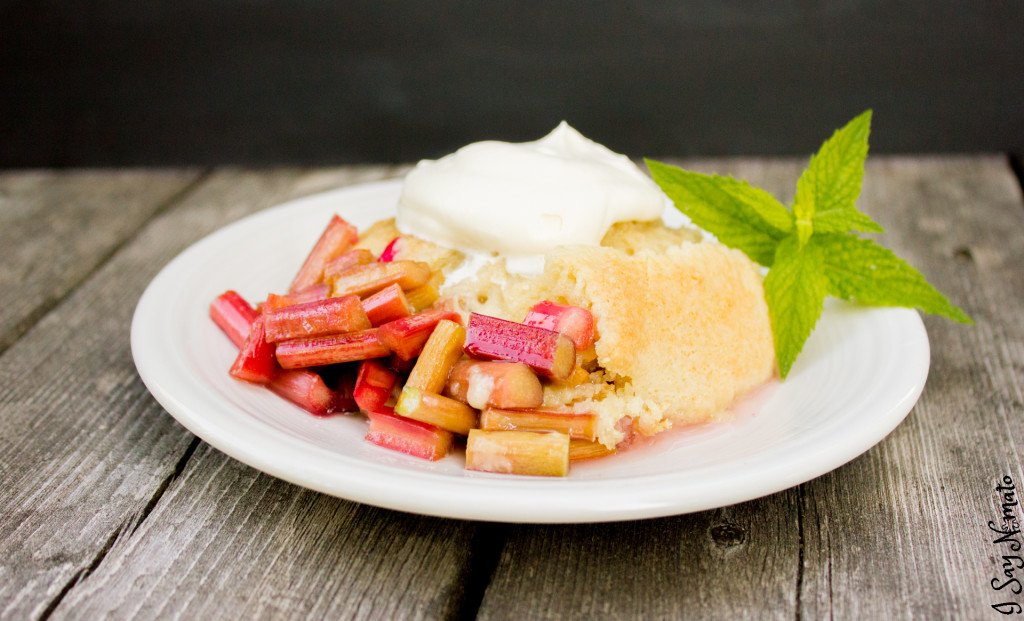 Happy Summer Holiday! The kids are free, the sun is out, and Canada Day (July 1st) is almost upon us! I thought that in celebration I would share with you one of the most Canadian recipes I know – Rhubarb Crisp.

Everyone grows rhubarb in Nova Scotia. If you have a garden, you probably have rhubarb. If you visit someone with a garden, you’ll probably leave with an armful of rhubarb. It’s a frequent star of jams, jellies, pies and tarts. It’s a hardy plant, able to survive our deep freeze winters and unpredictable spring weather, bursting out of the ground at the first sign of summer. Its large, leafy green tops and striking red stalks are easily identifiable, and make for a quick snack while you’re puttering around outside.

The reason why this recipe is called “More for Me!” is that if you’ve ever had rhubarb, you know it can be sour. If you love sour, like me, this is only a good thing, but most of my siblings are, to put it nicely, picky. Rhubarb is one of my mother’s favourite desserts, but when she makes the crisp only some of us will eat it. And what would have been inhaled were it any other flavour lasts twice as long for those of us who like it! It makes a pretty sweet breakfast (hah). At least one of us says “More for me!” as we gleefully tuck in to this delicious dessert, gloating because they don’t know what they’re missing.

If you like sour, this dessert is bliss. The contrast between the rhubarb and the sweet dough on top is a piece of summer heaven. Traditionally served with whipped cream or vanilla ice cream, the contrast is what makes this dish perfection.

And it’s so simple! The perfect low maintenance dessert for summer.

First, we need our rhubarb, fresh from the garden! 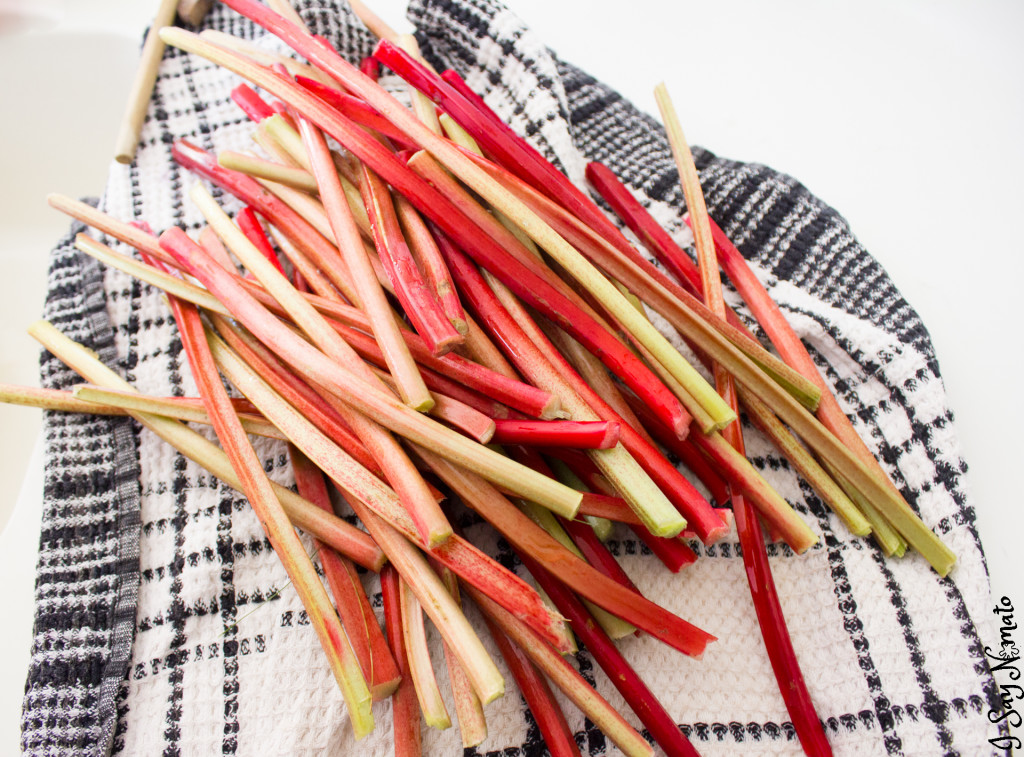 We’ll need about 4 cups of diced rhubarb, and we cut it all up into pieces about an inch long. 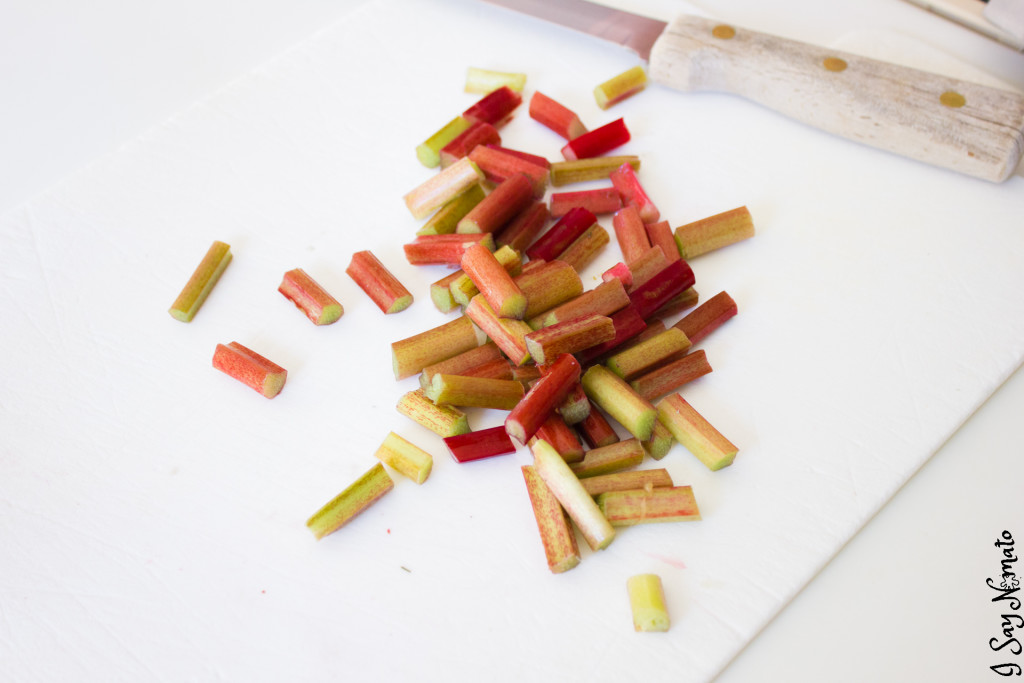 Dump your rhubarb in the bottom of a 1 1/2 quart casserole dish, and sprinkle salt over it. Let it stand for 20 minutes, and then add your sugar and orange rind. The orange rind is optional, it just adds more dimension to the flavour of the dish, but you don’t have to use it if you don’t have it handy!

You can also add some sliced strawberries if you want, strawberry and rhubarb are best friends. 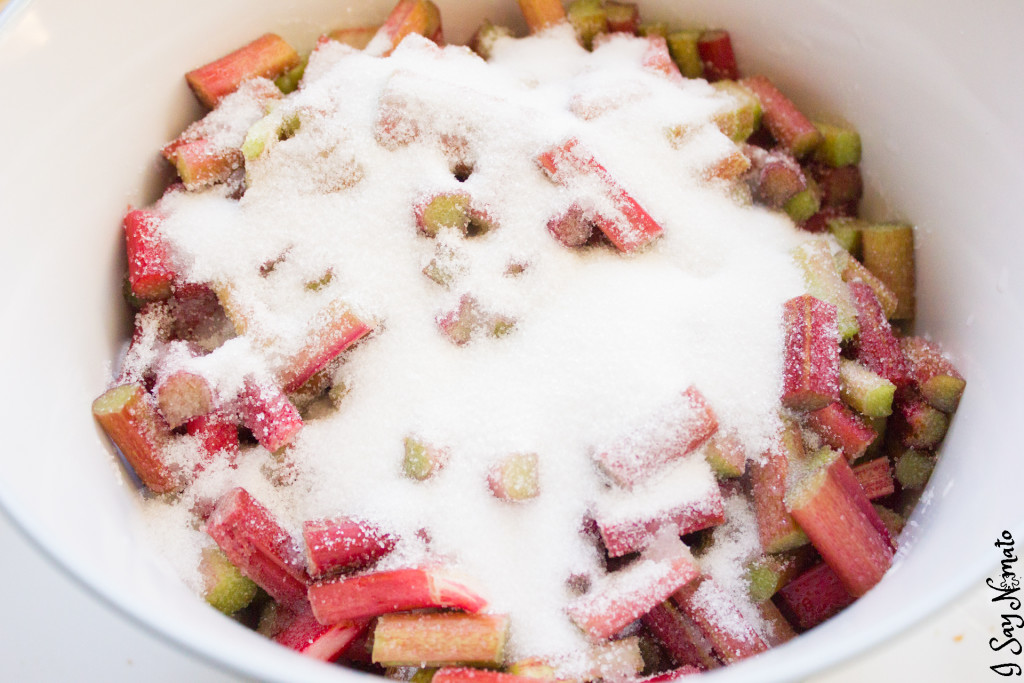 Next, we’re going to cream together the sugar, shortening, egg, and vanilla. It’s so quick and easy with a whisk it’s almost not worth it to use a mixer. 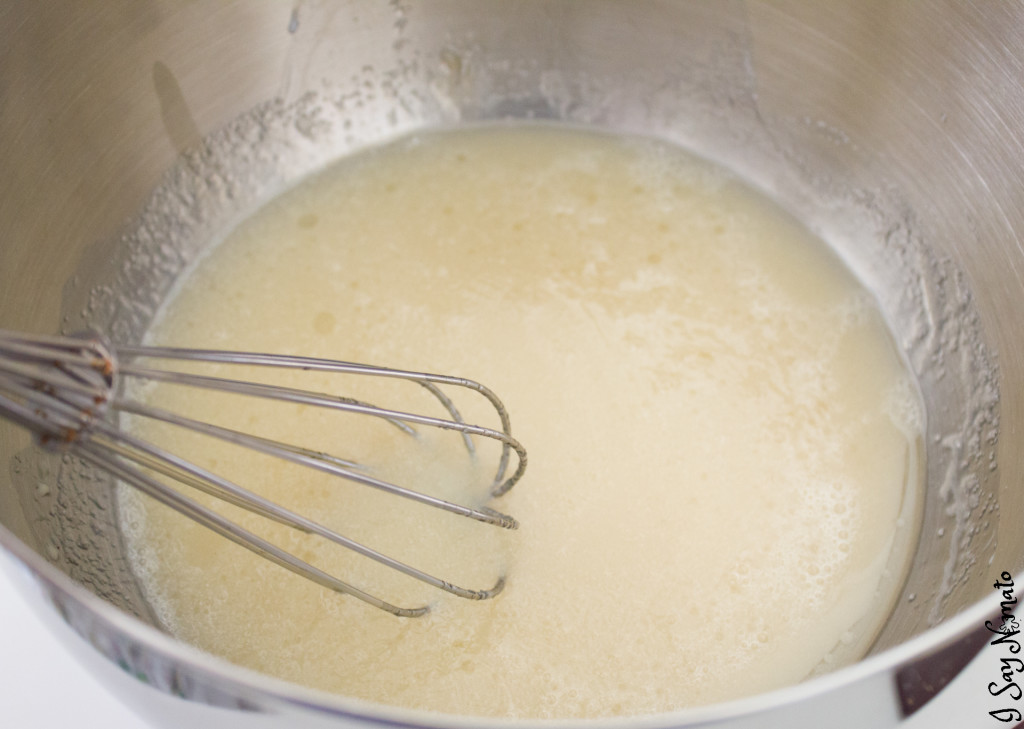 Now we add all the dry ingredients, whisking until everything is combined. 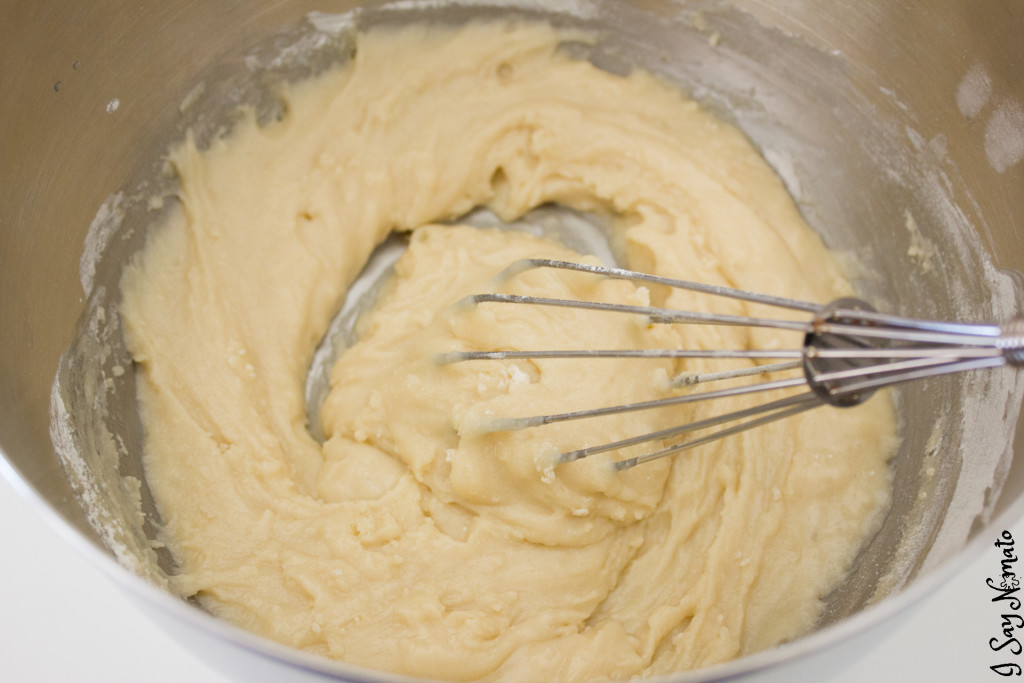 It should be thick enough that you have to dollop it on top of the crisp with a spoon instead of pouring it. 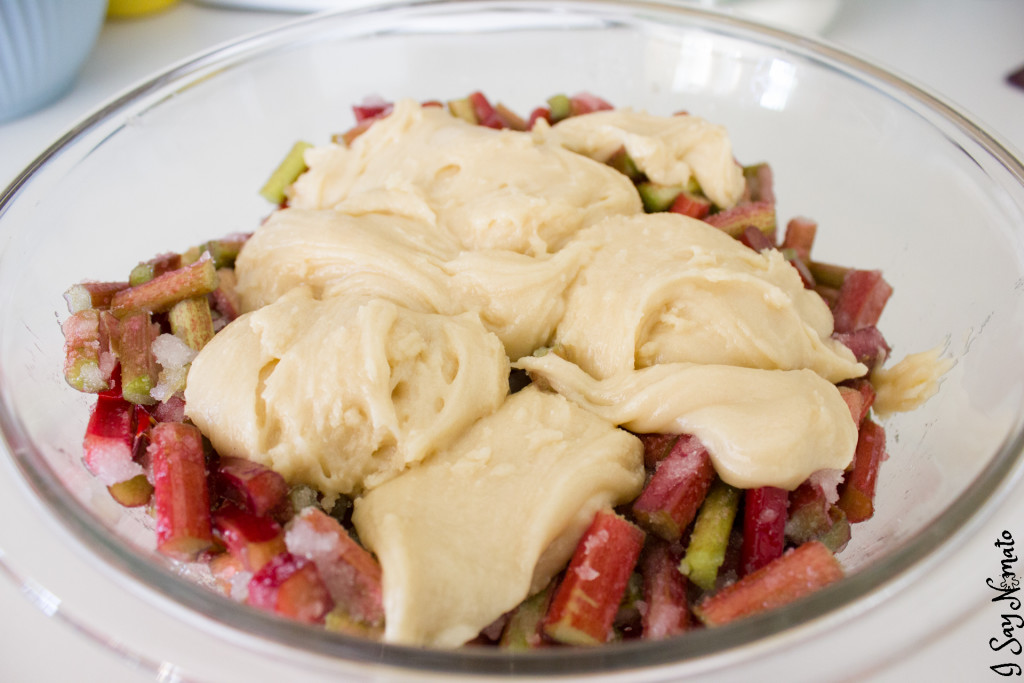 Oh man. Now we pop it in the oven and bake until the rhubarb is tender and soft, and the crust on top is beautifully golden. 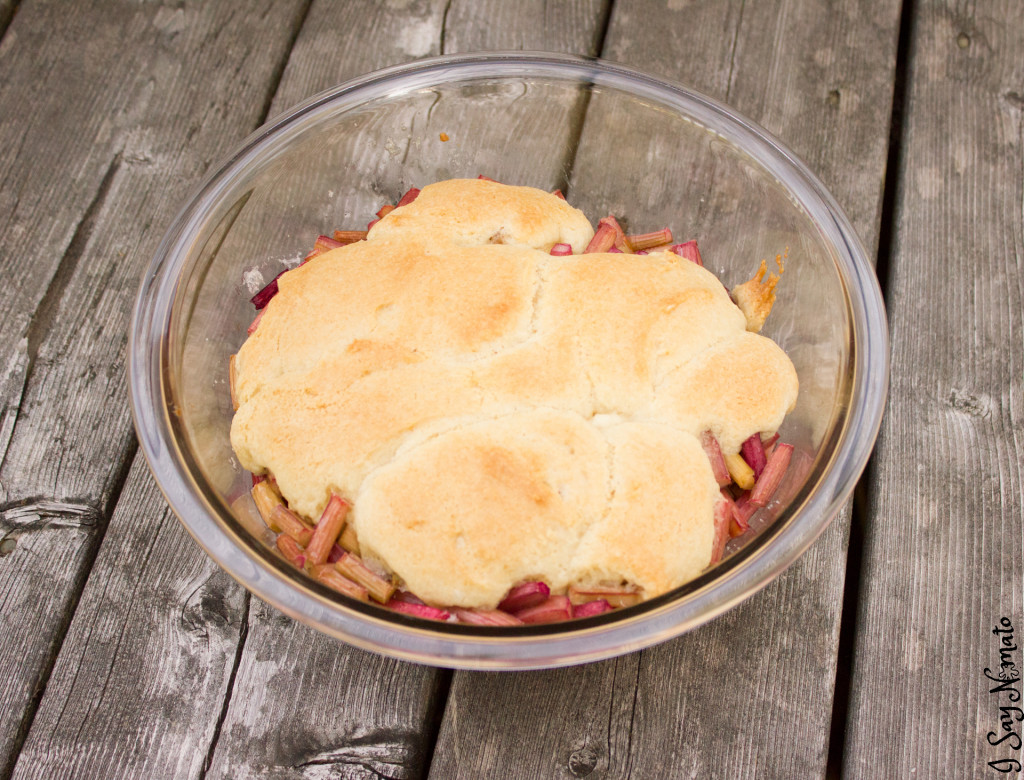 Now just spoon it out and serve with whipped cream or vanilla ice cream! It’s so simple and SO delicious! YUM. 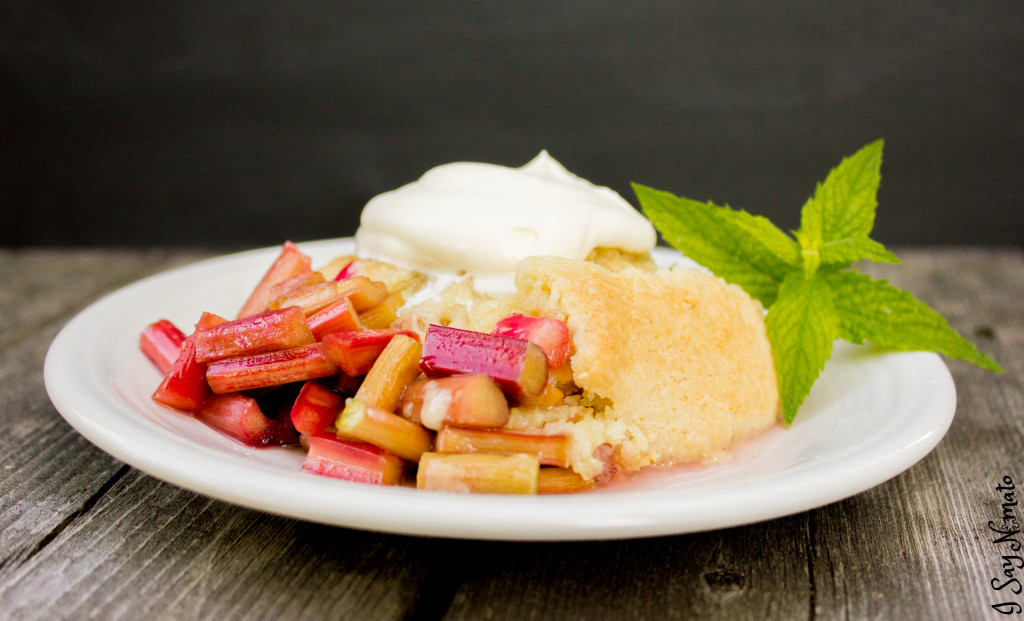 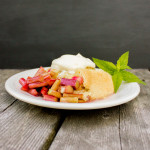