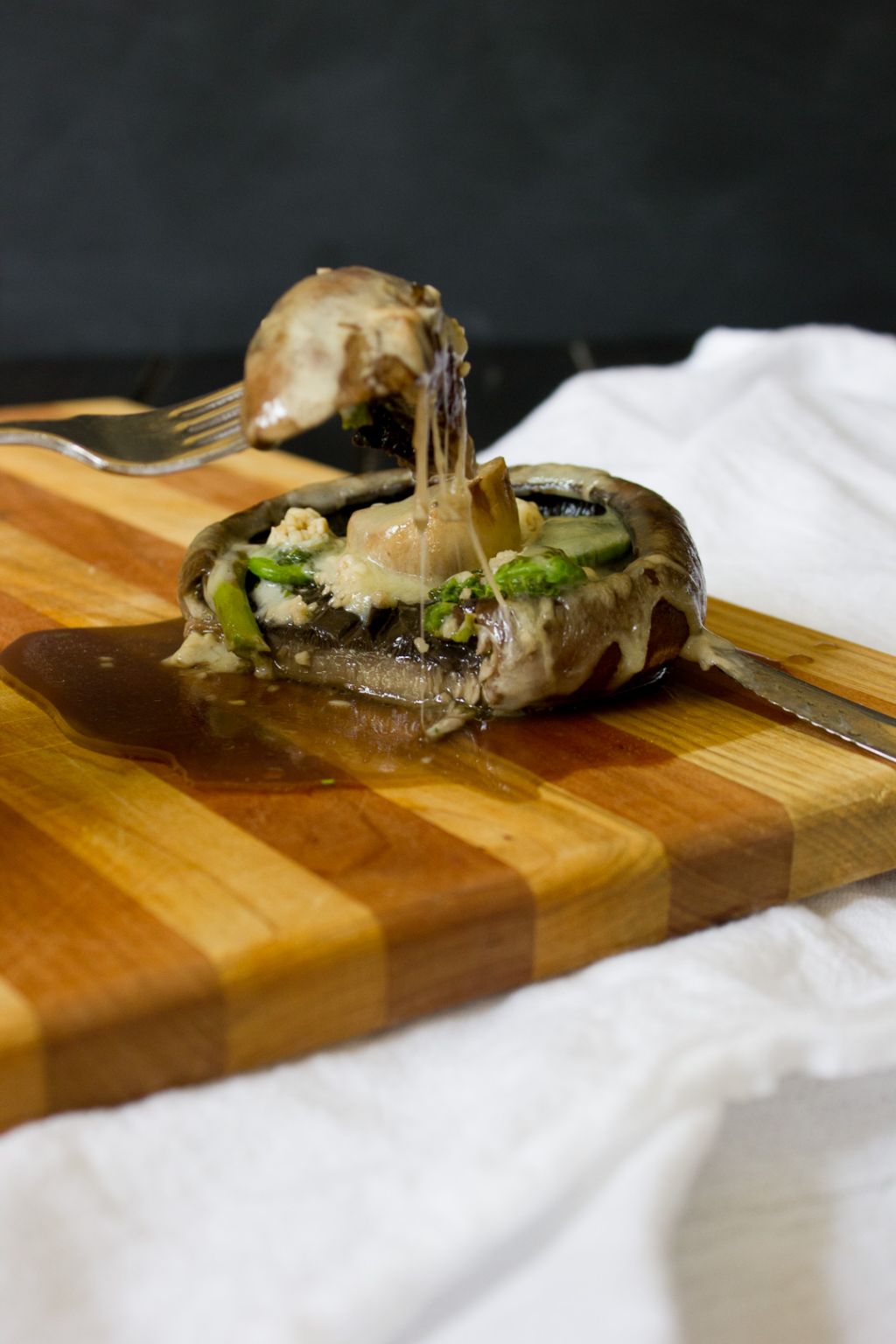 Welcome to Week 2 of my on-going Nova Scotia Food Series! And guess what? It’s another Fiddlehead Recipe: Fiddlehead Stuffed Portobello Mushrooms! The season’s so short, you gotta make it count, and these definitely count. Barbecued until tender, these melts are so cheesy and garlicky it’s hard to wait until they’re done cooking! 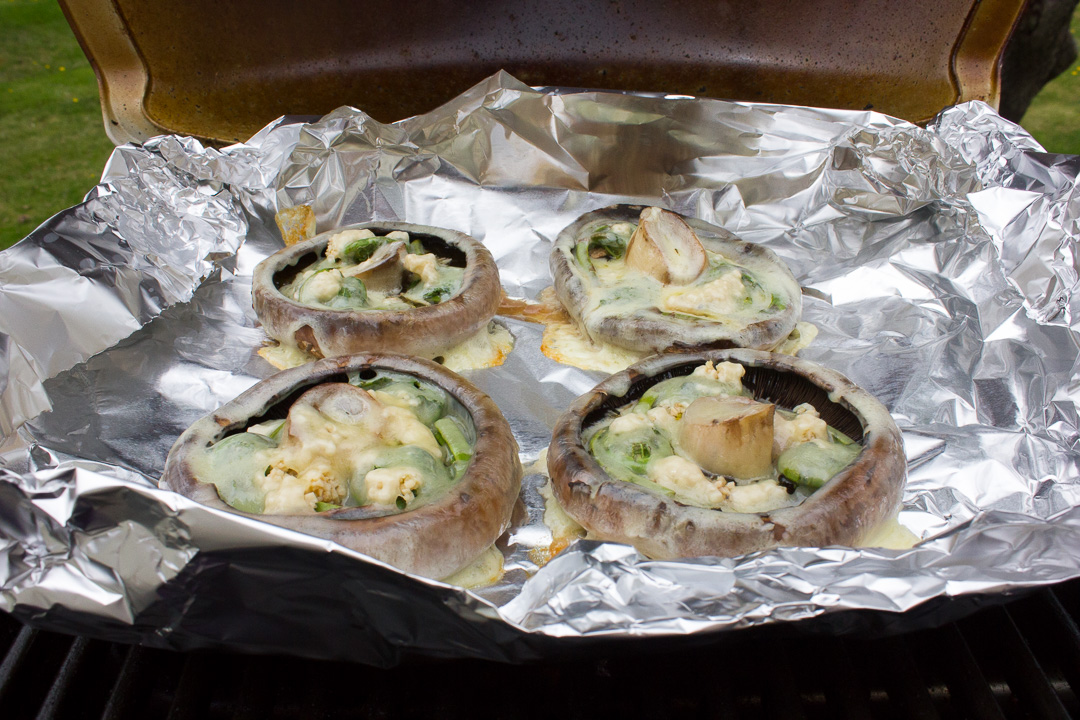 One of my favourite movies as a kid was Bedknobs and Broomsticks. It’s a part live-action, part illustrated Disney movie from the early 70s, and like all children’s movies from the early 70s it was one part terrifying, one part whimsical and one part musical (and probably at least one part culturally insensitive, it was the 70s after all).

The basic premise is that three London kids are sent off to live with a Miss Eglantine Price in the country during the war (like the Pevensies in Narnia). They expect an old lady, and what they get is an eccentric and energetic lady played by the incomparable Angela Lansbury, who is learning how to be a witch. By correspondence, as one does when one lives in the country. This takes them all on all sorts of adventures, from a ball under the sea, to a soccer game, to fighting Nazis (of course).

My favourite part though is when they go to London to see Miss Price’s professor of magic, Professor Emelius Brown, played by David Tomlinson (aka the dad in Mary Poppins!). He meets them at – guess where? Portobello Road in London!

There is a song.

And every. Single. Time I eat/read/see the word ‘portobello’, it makes me so happy just because of that song.

So you know when I was trying to think of something else to make with fiddleheads, Portobello Mushrooms were high on my list. 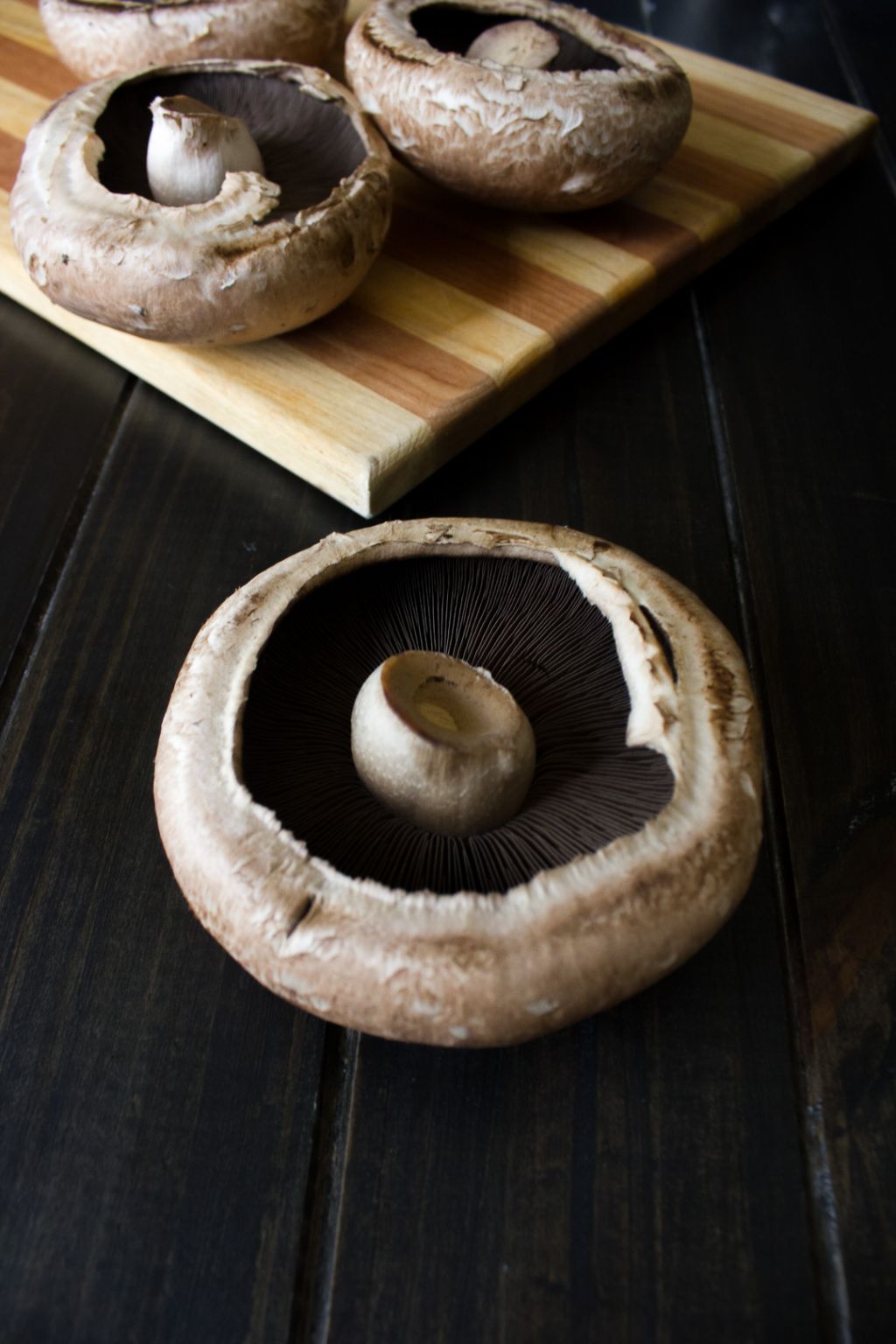 And then just tucked those boiled fiddleheads in there, snug as a bug. Aren’t they pretty??? I’ll be so sad when fiddlehead season is over! 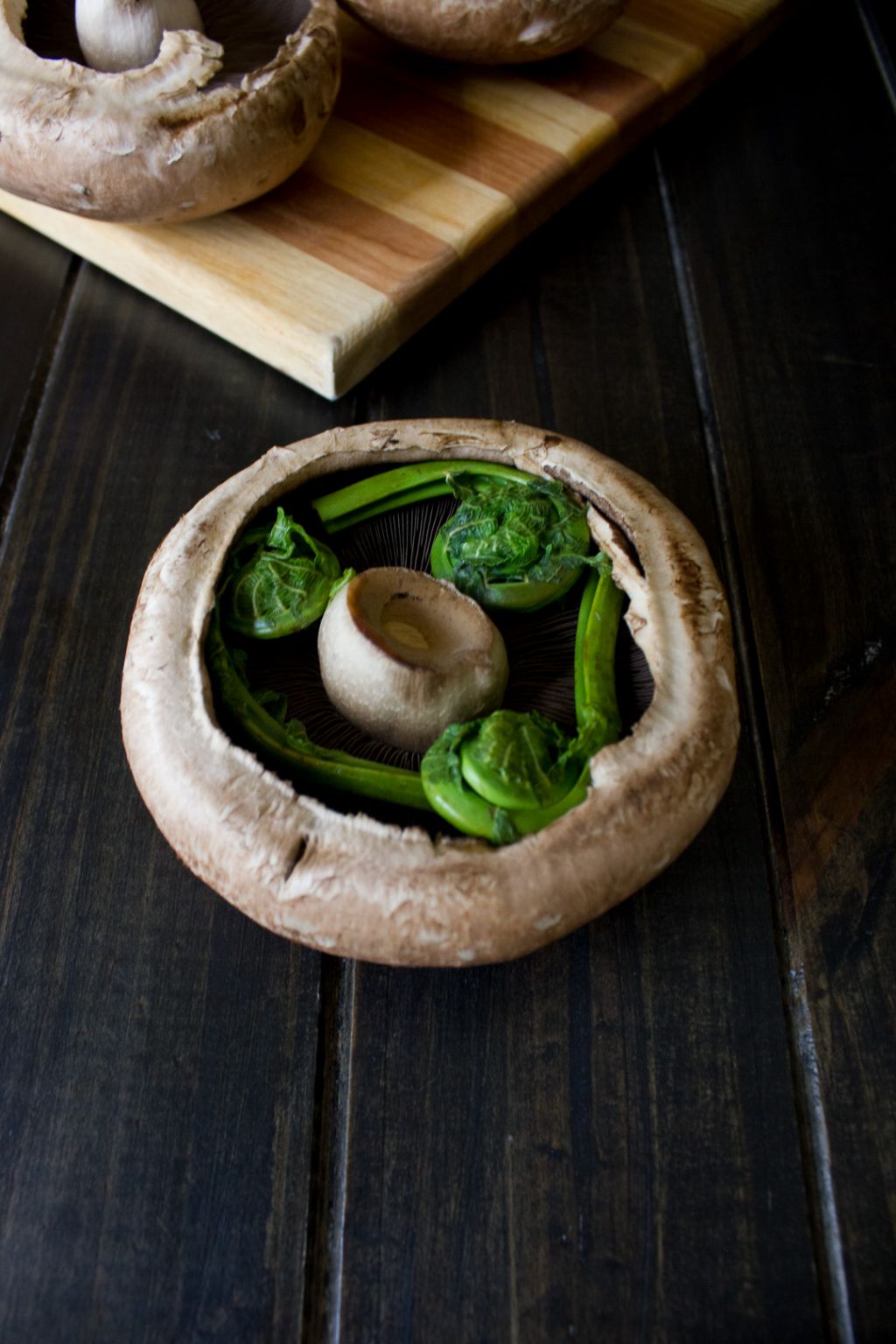 And if you know me, you just know the next thing I had to do was add garlic and olive oil! 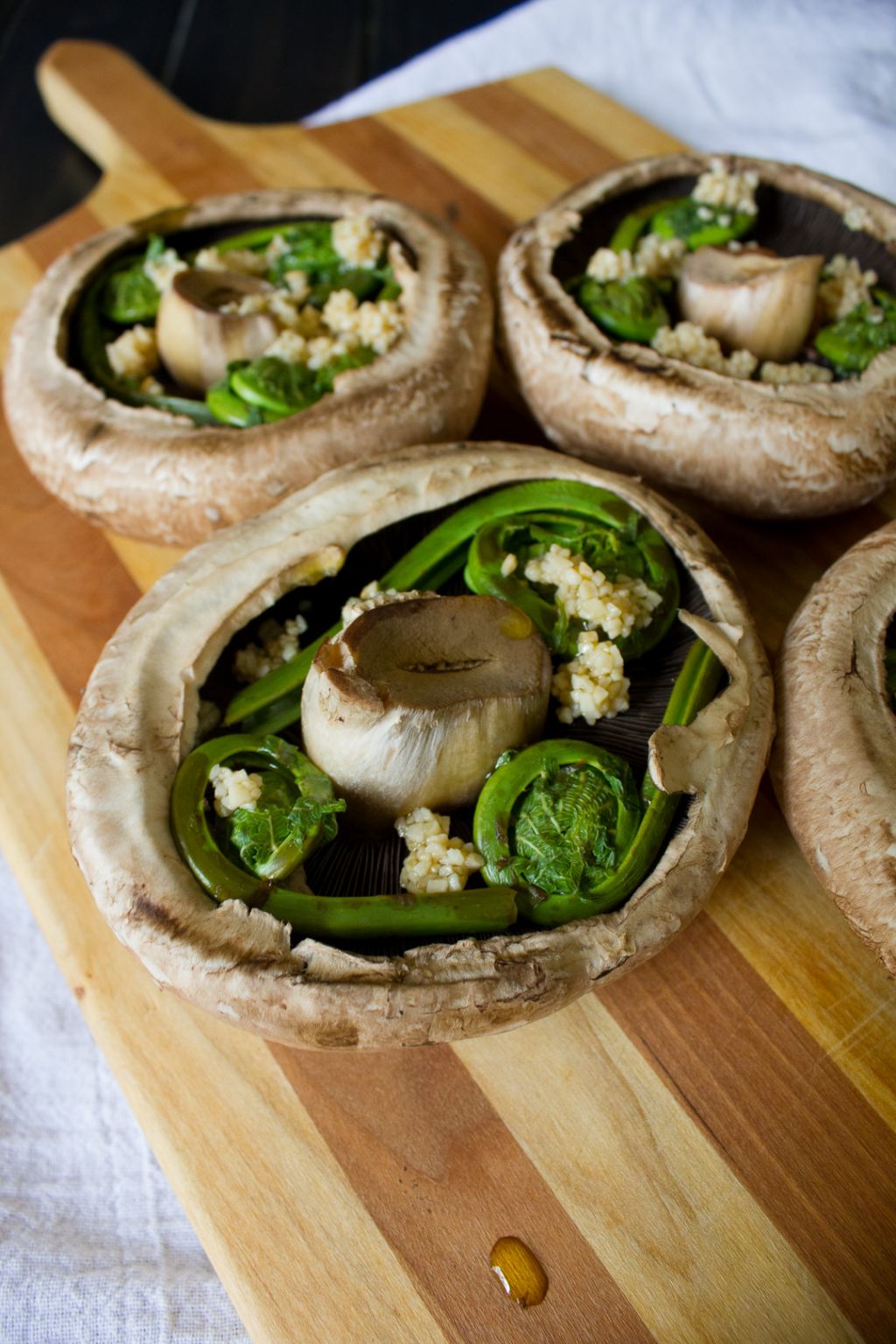 … and then smother it with cheese, and toss ’em on the barbecue! (‘Cause it’s finally barbecue season! YAY!) 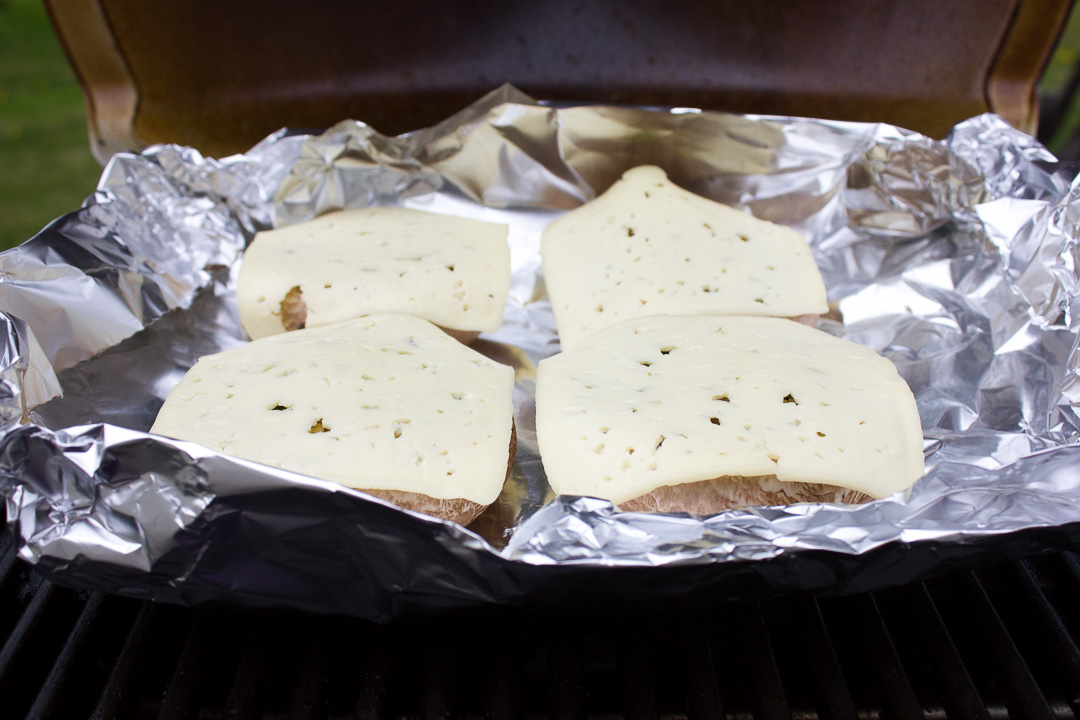 The perfect melt! I could eat these all day erry day, no joke. It’s the perfect mix of flavours and the fiddleheads add the most amazing, subtle flavour to counteract the earthy mushroom. YUMMM.

I did go see Portobello Road when I was in London. There was no singing. My childhood dreams were shattered.

Do you have any random songs that remind you of food?