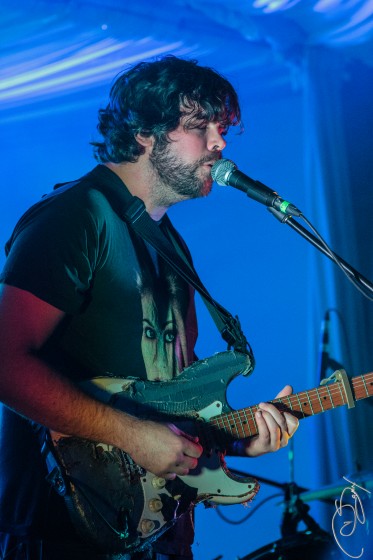 It’s been a bit since the last HAFILAX playlist, and we’ve finally made it to the tail end of 2020.  It’s not without its own surprises, like the return of Covid which has roared back in recent weeks.  Due to this, we’ve shuttered live music venues and dialed things back substantially, but we’re still bumping along, and it appears that with the emergence of at least 3 vaccines, we may be nearing the light at the end of the tunnel.  At this rate, who really knows?  Hopefully, we can start to see things open up and get back to some semblance of how things were before, and maybe masks are here to stay? It is helping keep the cold and flu season on the back burner for the time being. So why not try and push all of that noise into the background, slap some headphones on, dig into some great tunes, and forget all of the problems for a little bit.

Last week was supposed to be the Halifax release party of the lead single “Sympathy Card” from Andre Pettipas & The Giants’ forthcoming sophomore effort No Fools, No Fun, but like the majority of 2020, it has been scrapped to try and mitigate the ongoing Covid outbreak.  Fortunately, we still get to listen to this catchy new tune, which bears the hallmarks of late ’90s rock/pop acts such as Blind Melon and The Black Crowes.  And there is a definite local flair as there are also shades of the Trews baked in, as John-Angus MacDonald worked with the band on this rocker.  In listening to this track, you know it would translate perfectly to a live environment and would be a blast, but we’ll have to wait a little longer to reconvene and revel in the new Andre Pettipas and the Giants material.  You know we can’t wait to hear the new album.

For the past year, the long-time Town Heroes frontman has been treating fans to a collection of his solo tunes. Ryan has been releasing  one track a month, culminating with the 12th and final track “Empire”. It’s a piece that is beautifully subdued, featuring a shimmering backdrop provided by Kinley Dowling (vocals), Blanche Israel (cello) and some guy named Bruce on drums.  While it might be Ryan’s name on the track, it was a collaborative effort, as each of the 12 songs had an accompanying painting created by Michael’s wife Kristen Herrington.  Considering that this track was written, recorded and mixed during the early throes of the initial pandemic lockdown, that time of uncertainty was  further coupled by the worst mass shooting in the Nation’s history.  Instead of letting the fear paralyze him, Michael Ryan crafted a fantastic tune all in the effort to comfort his wife, and let her know that she was safe in the midst of the turmoil outside of their door.

Spirit of the Wildfire – “CCTV”

The lads in Spirit of the Wildfire have returned with a fresh slice of alt-rock in “CCTV”, which was just released on December 4th. The band is prepping its currently unnamed album, which is slated to drop in the new year, and “CCTV” is the lead single. This is also the first release since Spirit of the Wildfire’s ECMA-winning album Bittersweet Nothings (released in 2018). This is a catchy, straight-ahead rock tune, that will have you reaching for that repeat button.

For fans of pro-wrestling (or wrasslin’), the term kayfabe is well known. But for those not as indoctrinated, it is defined as “the fact or convention of presenting staged performances as genuine or authentic”, which is essentially the heart and soul of the wrestling industry, to make you believe what they are selling.  As Covid has been tossing an un-ending series of monkey wrenches into everyone’s plans, we’ve all had to shift to plan B, C, or even D, and in some cases the end result is even better than the initial concept.  Here the video depicts a rumble between the action figures of former WWE Superstar’s John Cena and Mark Henry in a desolate gravel pit, staged to look like an homage to the fantastic Robot Chicken.  Just another great video in a long line of great Rich Aucoin videos.

It’s been a while since we’ve heard from Meg Warren, who’s been working on putting the finishing touches on her solo EP A Thousand Ways, which dropped at the end of November.  With some help on production from the talented Daniel Ledwell, Warren has recorded a definite banger.  This is a song which speaks to being true to oneself, and the growth and evolution that we all go through.  Going through old snapshots of our pasts can be loaded with pain and regret, but it’s all about taking those experiences, gleaning the lessons and applying them to our current state of being, and we grow through the process.  Sure the past can be painful, but we learn and move forward.  It’s clear that’s exactly what Warren has done, and put together some great tunes showing that she is every bit the talented musician we all know her to be.