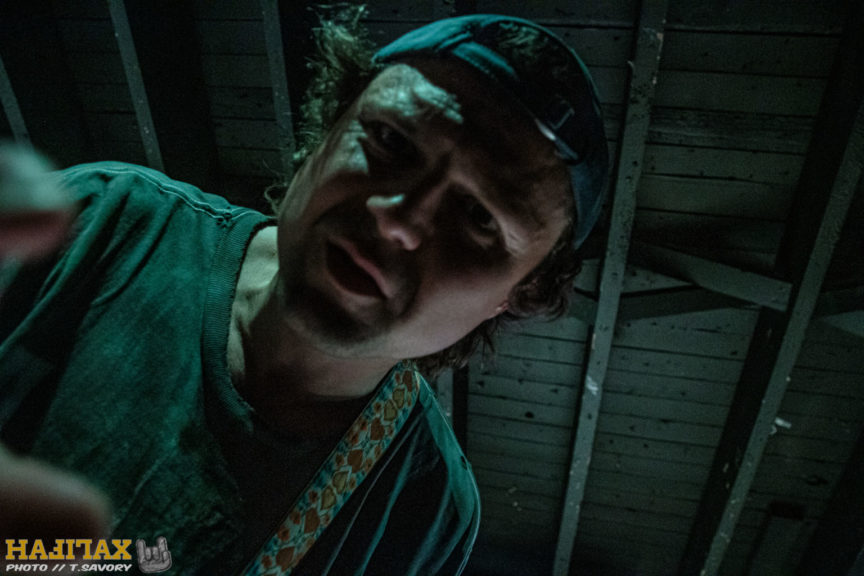 Welcome back to the latest installment of the Midweek Mixdown, and here’s hoping that we have hit rock bottom of 2020, and now hopefully can begin the rebound with a more balanced Captain leading the ship that is the US of A. It’s been a dreadfully long 2020 already, and this political rhetoric is downright exhausting. Let’s just hope that cooler heads prevailed and a leader was actually elected last night, but with all of that being said, let’s just use this as a bastion of normalcy and tunes. This is a playlist of new tunes that caught my ear over the past week or two, and I want to share with you some of the jams that lodged themselves in my ear holes. Let’s get into it!

The latest cut from Halifax’s own Like a Motorcycle (LAM) rips with an in-your-face urgency, much like the rest of the band’s latest full-length release Dead Broke. Not only does the song kick some serious ass, it also makes you yearn for a time when we can all cram ourselves back into a packed venue to indulge in the visceral live LAM experience. The video itself is instantly relatable, as Halifax is a city packed with university students, musicians, and folks working typical 9-5s who are simply working to exist, and know all too well the joys of boxed mac and cheese. Meanwhile, I’ll be over here pressing repeat on the new LAM album, as it is a definite bright spot in 2020.

Menno Versteeg is the former front-man of Hollerado, a band that was one of the finest indie-rock bands to hail from Canada. He and his band-mates had a penchant for infectious, pop-tinged rock tunes, but opted to hang it up after a valiant run, much to the chagrin of their passionate and loyal fanbase. That didn’t mean Menno was gonna kick his feet up and rest on those laurels, instead he headed south of the border and holed up in a hotel room where he recorded an EP entitled Reno Tapes, which established the foundation on which Strangers Like Us was built. “Detonator” is a folk-rock gem from that album, and it sparkles with sun-drenched simplicity, but never once loses that wit and charm that was at the heart of Hollerado’s material. For fans of Menno’s former band, they will feel right at home here, as Mav Karlo is new, exciting, and equally familiar (think a more subdued Hollerado). Can’t recommend this tune (and the album) enough.

There are plenty of songs that will pass from one ear to another, without making a mark of any sort.  Then there are those tracks that strike you down like a lightning bolt. These aren’t all that common, but you know when you hear them. That was exactly the case with Holly Humberstone’s track “Falling Asleep At The Wheel”. I was in the car headed someplace, but as soon as this track started, I knew I had to hear more. She has this indie-rock Lorde meets Sarah McLachlan vibe, with a little Sophie B. Hawkins flair to boot. This is one act that is well worth your time.

While 2020 has been unkind to so many, it did present some different challenges for Hillsburn, as longtime member Paul Aarntzen left the band on amicable terms. The band is forging on as a quartet, with Rosanna, Clare, Jackson, and Clayton still putting together fantastic music, as evidenced on the latest single “Waking Up”. The band had been moving away from their traditional roots in recent years, and that is no more apparent than the electro-pop vibe on “Waking Up”. It may be a new direction for the band, but I for one am excited to hear what the band has up its sleeve with the forthcoming (?) record.

This is one of those songs that will pull at every single of those parental heartstrings, as it tells the story of the hopes, dreams, and aspirations of a new parent. It was a song that quickly made things very dusty in my office, as my eyes welled up from the sentiment of this new Arkells cut. Max conveys Tony’s story, about how his dad sold off his music gear to buy a proper piano for his burgeoning musician. The line “To fill this house with beautiful sounds” gets me every time. Just when you think you can’t love a band any more, they go and drop a single like this.