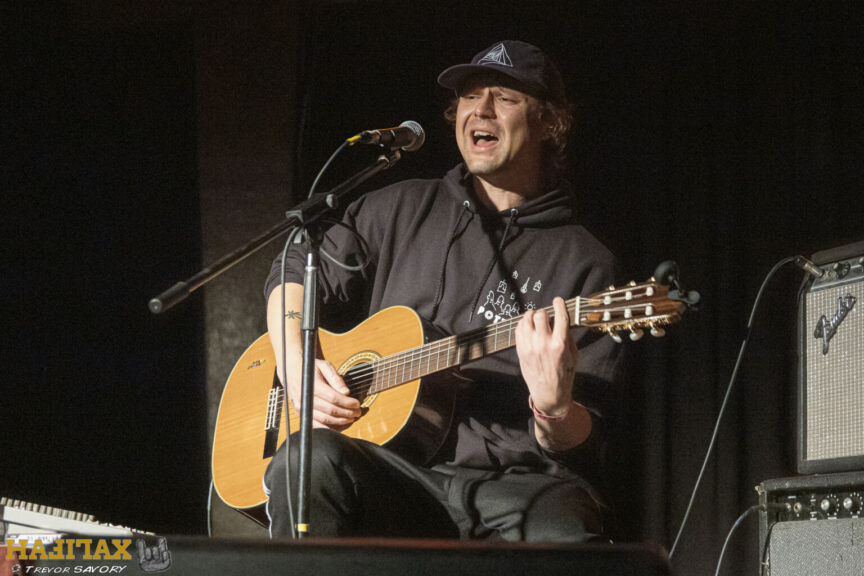 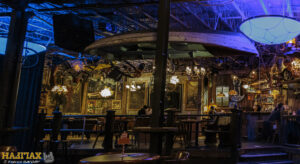 Covid 19 has thrown a lot of things into disarray over the past 8-9 months, and for touring musicians, there hasn’t been much availability beyond live streams with which to reach their fanbase. It’s also thrown a sense of uncertainty into the mix for those attending any scheduled shows, even in these modified socially distanced set-ups. Which is why it’s somewhat funny that for a venue I’ve been frequenting for roughly half of my life, there is this new trepidation and apprehension when arriving for a show, which wasn’t something I thought of previously, even when I was going to be little more than a sardine in a cramped can. On this night, it was clear that if there were a theme it would be nerves.

Those nerves were definitely not reserved for the patrons taking in the show, as this night marked only the 2nd ever solo performance of Mav “Menno Versteeg” Karlo. At the moment, touring anywhere other than the Atlantic Bubble is not feasible, as here in the bubble there is a relatively low Covid count, and the bubble provides an opportunity to play 4 different provinces in a relatively short period. Mav Karlo’s visit marks one of the first tours staged by a non-Maritimer. It’s a gesture that is undoubtedly appreciated, even if that appreciation does carry with it the price of first having to ensure a 14-day isolation period (one which Versteeg enjoyed). Menno is no stranger to the road life, as for 12+ years he toured alongside his bandmates and best friends in Hollerado. But after calling it a career with his band, Versteeg is now embarking on a solo tour. One which is sure to stir up a pot of anxiety and apprehension, as that previous career had the built-in comfort of having your pals on stage with you. It was certainly going to be a fun night, to hear some of the new solo material while indulging in some much-needed live music. 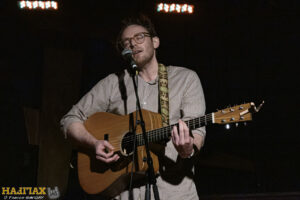 Before we had the opportunity to take in the 2nd ever Mav Karlo show, the evening’s supporting act Owen Meany’s Batting Stance had its time to shine. The longtime solo act was debuting a new two-piece set-up on this evening, with the introduction of Siobhan Martin on keys and backing vocals. The duo delighted attendees with cuts from the band’s recently released album Feather Weights, including the lead single “The Androgynous Hockey Stick”, a tune that tells the tale of toxic masculinity that permeates the sport, and that core brotherhood of like-minded Bros who will pick off those who don’t fit their ideal, forcing many from the sport due to the bullying and taunts. The set sparkled and shone with a wry wittiness, as songwriter Daniel Walker’s way with words is masterful. It was ideal for this reconfigured room, which had a comfy backroom speakeasy vibe. 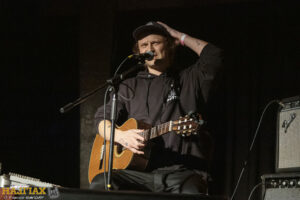 It was then time for Mav Karlo to hit the stage. He took his place on the chair set alongside his 4-track recorder (the very recorder on which Mav Karlo’s debut EP The Reno Tapes was recorded). For roughly the next hour, Menno painted the picture of what his 2019 Christmas adventure in Reno looked like, and largely shaped his set list around that debut EP. We heard the tale of two Santas who ultimately came to blows over a custom-made pizza that was given to the incorrect Santa (you can be assured that there were some beverages and substances involved). It’s a scene that I can only imagine is a surreal experience when witnessed first-hand. It was clear that the tone of this set was a bit darker, and the content of The Reno Tapes is certainly sadder than the poppier jams from a Hollerado set list. Menno recalled seeing the drunkard dads who were fortunate enough to see their kids over the holidays, but spent it hunched over the slot machines while their kids milled about, and closed out this story with his to-the-point track “Stop Having Kids”. 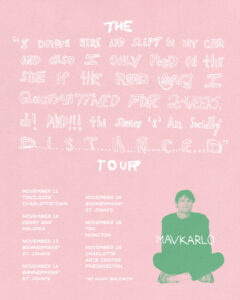 There is a clear dichotomy between The Reno Tapes and the debut LP Strangers Like Us, as the Reno-fueled EP is as dark and wry as you may expect a holiday spent in a casino to be, while there is a lighter, more jovial nature to the more realized, folky tunes on Strangers Like Us. On this night, it was clear that the set was comprised largely of the stripped-back tunes found on the debut EP; and of the gems found on Mav Karlo’s debut LP Strangers Like Us, only “Nurses And Priests” made the set list. Which was something of a tease, as there was a four-track cassette case entitled “Detonator” sitting on stage, but this night was dedicated to the Reno Tapes.

For an artist to venture east, endure a 14-day quarantine (which seems like a great idea for the initial 3-4 days, then becomes an exercise in mental fortitude for the remaining 9-10), and peddle the gift of live music, will always be welcomed and appreciated. All in all, it was an absolute treat to return to The Marquee Ballroom/Derby Showbar to see a live show after an agonizing 7-8 months. It was an intimate affair that wasn’t polished to a dull shine. Menno treated the Halifax patrons to a delicious night of tunes, with the odd technical hiccup here and there, and his wryly dark sensibilities. It was great to hear the Reno Tapes tunes, and when he left the stage, with nary an encore, it only brought to mind the adage ‘Leave them wanting more’. 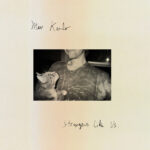 Hopefully, we’ll see Mav Karlo out this way again sooner than later. The nerves didn’t seem to hinder the performance in any noticeable way. Next time, we would love to hear him perform the gems from his debut full-length album Strangers Like Us, but who knows, maybe from that 14-day quarantine, we will see a ‘Rona Tapes emerge. Until then, I’ll be spinning the Reno Tapes EP, which paved the way for the polished and dazzling affair that is Strangers Like Us. 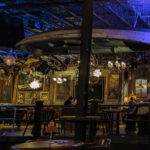 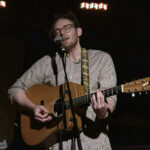 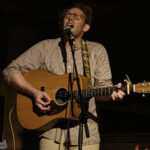 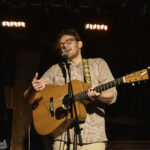 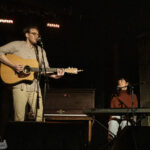 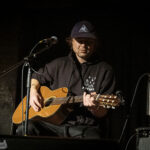 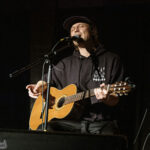 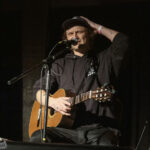 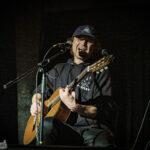 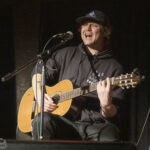 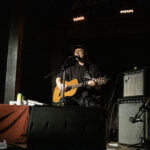 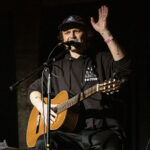