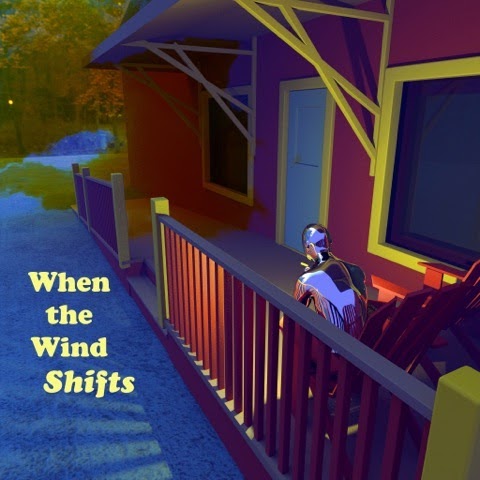 POSTFUN, a new indie-pop project in Halifax, will be releasing their debut single ‘When the Wind Shifts’ on October 24th.

POSTFUN unofficially began in 2017 when Jack Murtha, creator of POSTFUN, started a high school co-op at Coda Pop Studios. It was there he first recorded his own music.

“I’ve always admired artists who record and do all their own stuff”, he says, “so I took a crack at it.” On ‘When the Wind Shifts’, Murtha is the sole musician and song-writer, with the exception of saxophone by Jacob Hatfield.

Murtha, who also plays in bands norc and the now disbanded Social Smokers Club, says this project is his take on pop music mixed with a passion for story-telling.

‘When the Wind Shifts’ reflects Murtha’s time spent on the South Shore:

“We’d go into the Petite Riviere General Store ‘cause it was the [closest] place you can get liquor. When you go in, there’s these volunteer firefighters that always crack stupid things at you  . . .  ‘Take it easy on that stuff, bud!’, like, stupid shit every time you’d walk by. They were there every time. And they had cigarettes in their hand every time. So I started writing a song about it . . . It’s gonna take a dark turn, but they died. They passed away, and then the store burnt down weeks later. That’s the same week I finished the song. So it was like, ‘holy shit’! . . .  The second verse of the song is about those guys.”

For POSTFUN live shows, Murtha has assembled a band of local musicians to make his pop vision come to life, including Thomas Hart and Mackenzie Adams of Honeymoon Driver, Carter MacDonald of Sore Loser, and solo artist Kevin Laing.

“I’ve been on this for over two years,” says Murtha. “I’m so stoked that this is an actual project.”

Listeners can find ‘When the Wind Shifts’ on streaming platforms October 24th.