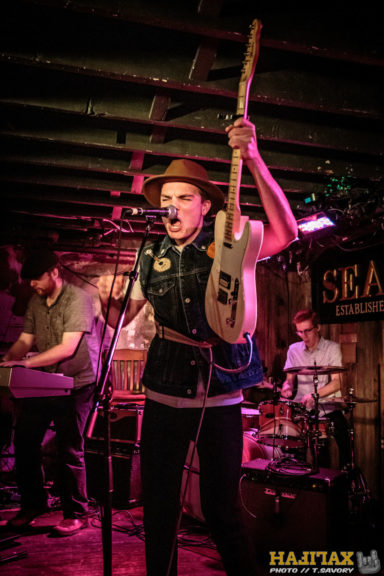 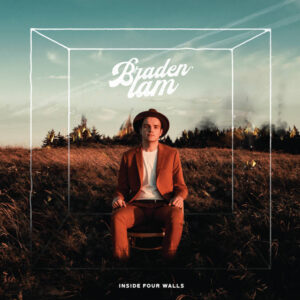 In reading the press release ahead of the release of Braden Lam’s brand-new EP Inside Four Walls, you’d almost think you would need to reach for the black eyeliner and hair-dye, and while the album deals with that transition from the idyllic grandeur and endless possibility of adolescence to the ‘sundry limitations’ of adulthood, it’s not as bleak as it may appear. For instance, one just has to press play to hear the lush, warm tones of Braden’s latest release, which was beautifully produced by Colin Buchanan (of PEI’s Paper Lions).

It is that warmth and tone of Braden’s vocals that hits the ear in the same way the summer sun hits your face on a July morning; it’s just smooth and effortless. Then you add in pop hooks that just lodge themselves in your ear and refuse to budge. There is a deftness of songwriting here, where these songs might feel a bit saccharine and earnest with more of a pop lilt, but that is perfectly tempered with a folk-rock vibe that will have you coming back time and again. Contained within this six-song set is Lam’s latest single “Forest Fires”, which we have featured in the past; it is still every bit as great as that initial listen. You will also find “Habit of my Heart”, a fantastic love song which was most assuredly written for his wife. It is also perfect mixtape fodder for compilations that will be crafted for those special someones out there.

Yes, the transition from adolescence to adulthood is bumpy and awkward, and most definitely less idealistic, but it’s not all rainclouds and pestilence. So put down the black eyeliner, get comfortable within your four walls, press play on Inside Four Walls, and let Braden Lam’s tunes wash over you, and bring a smile to your ears.