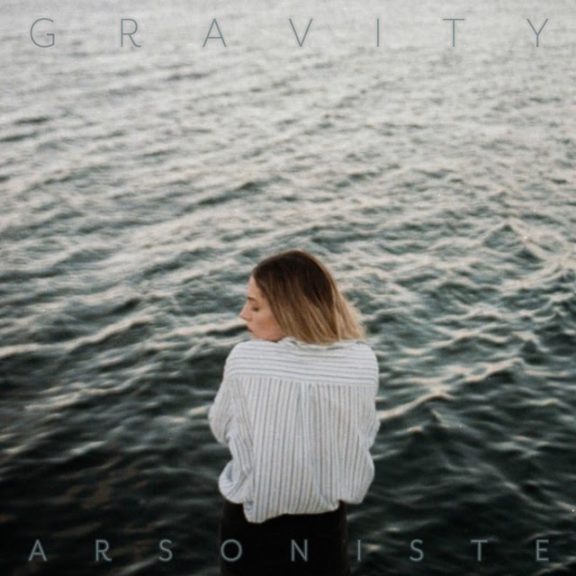 November 8, 2019 Mitch
After a busy weekend, jam packed with Halifax Pop Explosion and Hal-Con, I was lucky enough to catch a minute with the exceptional singer/songwriter Rachel Sunter (better known for her stage name Arsoniste). Hanging out in a beautiful attic recording studio while Sunter enjoyed an appetizer of Indian food, we got to discuss her new single “Gravity” which drops on November 8th on all streaming platforms.
“Gravity” was partially recorded in the studio where we were hanging out in Halifax, with the track starting in Toronto with producer Trey “Tefo” Robinson. Although it was almost a throwaway track, in only one day Sunter and Trey laid down the piano, drum track, and vocals. After coming back east, the song sat in limbo a number of times while working from a distance with a number of producers.
Though a mild departure from her second EP, which was heavy on piano-driven ballads, both “Gravity” and previous single “Change is a Coming” are heavy in the electronic sound. Heartfelt and emotional lyrics are elevated with Sunter’s sultry voice over “In Rainbows”-era Radiohead drum beats in her latest single. Although a mildly new direction, we can still expect to see tastes of her old self in the upcoming album expected some time in 2020.
Make sure to follow Arsoniste  on your favourite streaming platform, and listen to “Gravity” on repeat. I’ll tell you that now, but there’s no doubt you’ll do it instinctively the second the first spin ends!