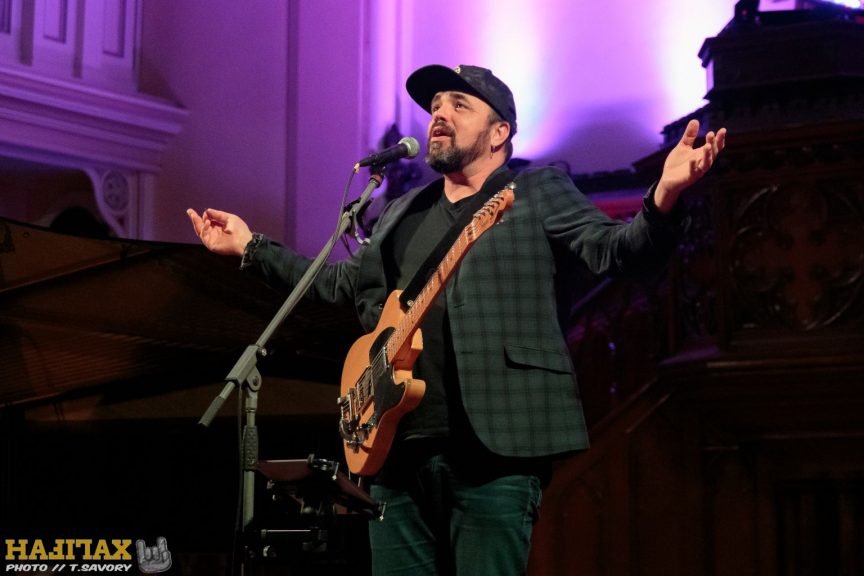 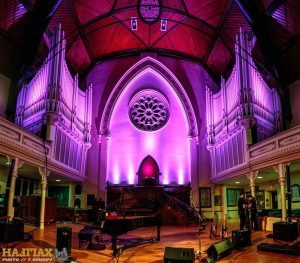 There are plenty of rooms in town for acts to play, many of which do a damn fine job of hosting these singers, songwriters and bands, but few are as majestic and magical as seeing a show at St. Matthew’s United Church. This isn’t a room for those that we salute and are about to rock, it’s a room to revel in the intimacy and craft of singer songwriters. Which is why St. Matt’s has played host to acts such as Royal Wood, Hannah Georgas, Hayden, Donovan Woods, Majical Cloudz and, most recently, Hawksley Workman. I can’t explain what it is to walk into this space, find a spot in one of the many pews and take in the beauty and craftsmanship of the woodwork and detailing of the windows and organ pipes. I personally get lost in the pattern of the window which lies just below the arch’s apex, and while I may not be overly religious, I can assure you music is proof enough of a higher power, and it is at that altar where I choose to worship. 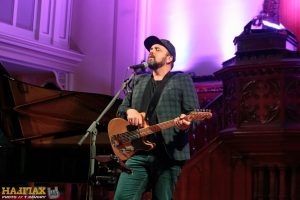 Hawksley Workman is a longtime fixture of the Canadian music scene, having garnered a great deal of success in the early aughts with the breakthrough single “Striptease”. While that served as an introduction for many, that single was in fact a single from his 3rd full-length album (last night we were) The Delicious Wolves. That is the modus operandi of Workman’s career, for as prolific as it is, he has toiled just beneath the surface of stardom for long stretches, but never once veering towards anonymity. He has built a loyal and devoted fanbase, as the congregation at St. Matthew’s United Church can attest. For some, Median Age Wasteland served as a reintroduction to Hawksley and his music. 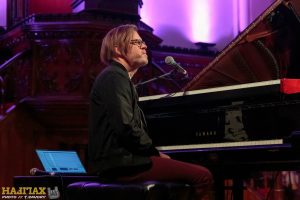 For a large portion of his career, Hawksley has been creating interesting, avant-garde indie-rock with an operatic flourish here, or a folky undertone there. With Median Age Wasteland the folky singer-songwriter has come to the forefront of his music, and that same left-of-centre indie vibe is still bubbling at the heart of the record, but these aural canvases showcase exactly how great and engaging a story-teller Workman is. From the very first time “Battlefords” emanated from my speakers, I was immediately transported back to the early ’80s, biking alongside friends to the local corner store and connecting immediately to that disapproving Akela. It was a snapshot of a childhood many rural kids shared, and was immediately brought vividly back to life. 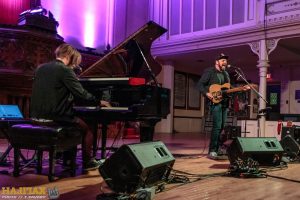 The expanse of the church gave the sparse tune “Snowmobile” a haunting, atmospheric vibe of being out on those forest trails in the dead of winter. It’s this immediately relatable experience or topic that draws the listener into Workman’s material, but not only are the songs engaging, but I’m pretty sure half of the evening at St. Matt’s was spent listening to Hawksley’s tales of travelling to Eaton’s all gussied up to buy some Legos, or buying a snowmobile knowing full well it may also be the vehicle that takes him to his grave. 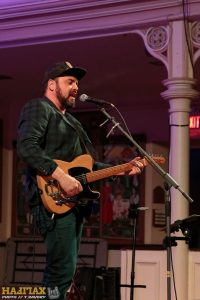 Hawksley reached into his bag of tricks and pulled out a handful of songs from those first three (of thirteen) albums, including an impromptu rendition of “Bullets” off of his debut For Him and the Girls which was a request from a member of the congregation. His songs and stories were nothing if not heartfelt and genuine, there wasn’t a gloss or veneer applied, and for the better part of almost 2 hours the crowd sat rapt. The congregation was along for the ride, be it a story or song, and had Hawksley wanted to continue storytelling, we would all still be there, listening contently (if a bit wearier than when we entered the room). 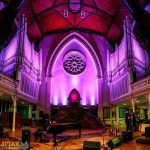 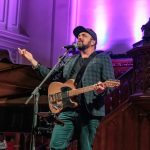 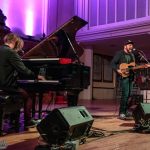 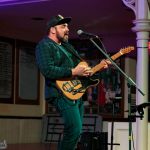 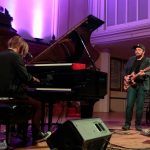 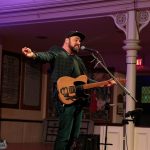 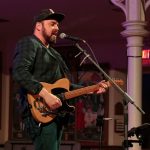 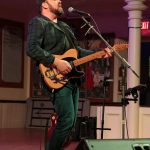 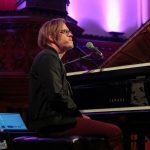 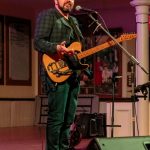 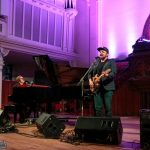 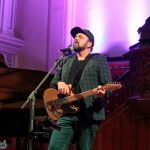 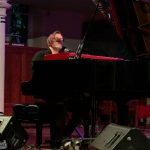 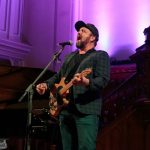 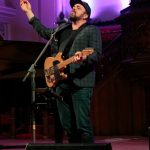 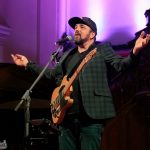