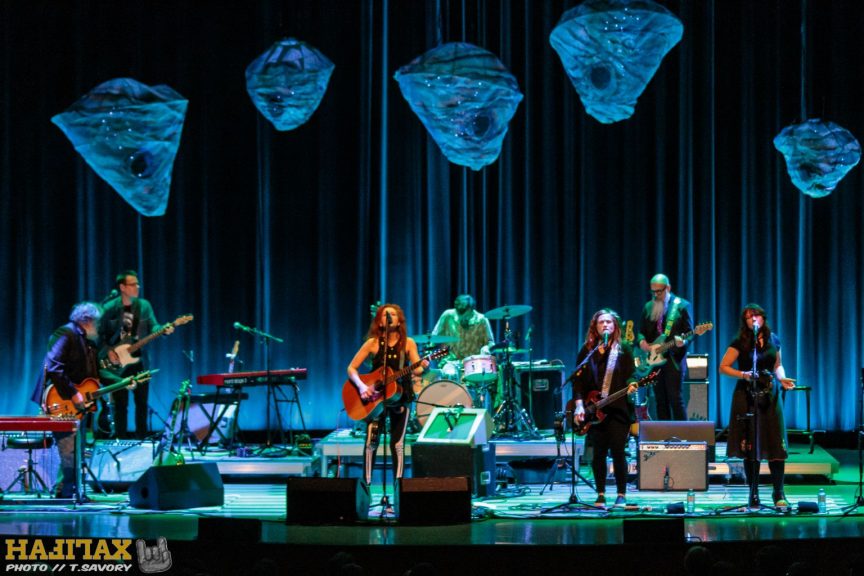 As far as spring days go, it was fairly rote for mid-April. Over the course of the day, we had samplings of three of the four seasons, as there was snow covering the ground in the morning, a cool autumn dampness in the air, and, when the clouds broke, you could feel the growing warmth of the sun. There were plenty of folks in the HRM who chose to convene at the Rebecca Cohn on this cool spring evening, to be treated to the dusty warmth and lush atmospheric vocals of both Jennifer Castle and Neko Case. These two talented singers evoke a sense of warm summer evenings spent on a dusty trail someplace out in the wilderness. 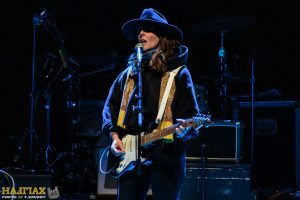 Unlike the headliner who I was relatively familiar with, Jennifer Castle was a complete enigma to me when I entered the auditorium on Tuesday evening. I had only heard her name in passing, and was unfamiliar with her musical background. That all changed when she strode on stage sporting a Stetson, scarf, and a comfortable looking hooded poncho. Castle proceeded to strap on her electric guitar and launched into a set that carved a comfortable niche, nestled somewhere between indie-pop, soul, and alt-country. Castle’s vocals have this sweetness that offsets some of her material’s darker sadness-tinged beauty. Her set was hypnotic and haunting, and held the Cohn crowd rapt. Jennifer Castle’s music paired perfectly with Neko’s, as her sound is equally timeless, lush and atmospheric. It reminded me at times of Joni Mitchell, and at others it sounded like a Neil Young/Feist hybrid. As she walked off stage, I knew I needed to hear more of her work. 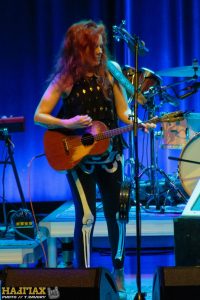 Then it was time for the ethereal being Neko Case to touch down on the Cohn stage. The buzz around the city was palpable when the announcement was made that Ms. Case would be making a Halifax stop. While she may not be a household name the likes of KD Lang or Sarah McLachlan, Neko is a magical creature unto herself. Her musical style is somewhat alt-country, with her soaring atmospheric sound, but there are elements of rock, punk and soul all in the mix as well.

Neko Case was touring in support of her dark and brooding 2018 release Hell-On. It’s an album that has essentially a narrative much akin to a Phoenix rising from the ashes. As Case worked on this album in Sweden, her Vermont house caught fire and burned to the ground. That singular trauma was only compounded by the fact that the singer-songwriter was also working on unshackling herself from a deep depression. It was only shucking off that cloak of darkness that allowed her to pen and record this album Hell-On, which showcased her strength and ferocity. 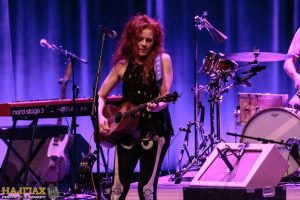 list (19 main set tunes + 5 song encore) was squarely focused on her latest release, but reached back through Neko’s career with cuts from Blacklisted, The Tigers Have Spoken, and Middle Cyclone making the cut as well. It was an interesting evening in the Cohn, as there was a strict no-phone policy in effect, with pre-set announcements and clear messaging at the door: break the rule and it was an immediate ejection. Much like the recent Jack White performance that had phones locked up while in the concert bowl, it was refreshing to see that the Halifax crowd was more than happy to abide by Ms. Case’s wishes and took in the shows with their own eyes and ears, connecting with the material without the digital middleman. 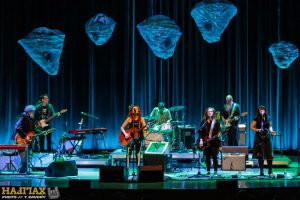 From the initial announcement, you knew that Neko’s material was an ideal match for the Rebecca Cohn’s acoustics. From the moment she and her band strode on stage and launched into “Pitch and Honey”, and for roughly the next 90 minutes, Neko Case dazzled the packed house with a show that was intoxicating and magical. Even at its most somber and sullen, there was an air of strength and salvation contained within. It might have been the witty, comical banter between Neko and the crowd, or Neko and her backup singers, that served as that spoonful of sugar after a rather unpleasant taste of medicine. Even after the 24-track set, you knew that if she wanted to play for another hour, this Halifax crowd would be more than happy to oblige the wishes of Ms. Case. Unfortunately, all good things must end, and the show wrapped up with “Ragtime”, and put a deliciously sweet bow on the evening with the poppy-folk tune. On this night, Case need not wish to be the moon, instead she shone as bright as the sea of stars in the sky.