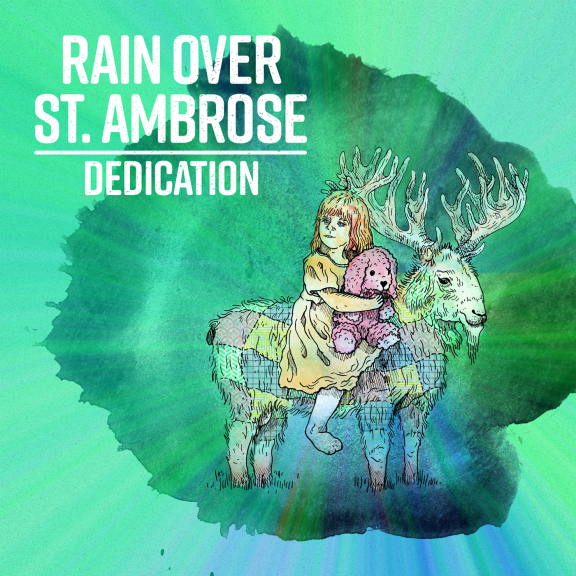 Here’s a little piece of information that I’m sure will completely fool you as much as it did me.  It’s been over three years since Yarmouth rockers, Rain Over St. Ambrose, last graced our playlists with new music.  After patiently waiting, they have returned once again with their latest single, “Dedication.”

Recorded at New Scotland Yard by fellow musician Thomas Stacjer, the latest single is a return to the frenetic pop/rock sound that has helped to define the groups sound over the past decade.  Wasting no time, a bouncing bass riff and ethereal guitar lines coalesce under verse lyrics reflecting inevitable changes acknowledged through the callous passing of time.

Brief omens of levity and hope – presented both in the anthemic choruses and the Dire Straits – influenced bridge – infuse “Dedication” with a silver lining; an anchored reverence in the face of transformation.

With only two shows currently slated, there are rumours that more music could follow, as we dive deeper into the sweater months of the year.

You can stream the single over here and you can catch the official lyric video below.

Rain Over St. Ambrose will be performing in Yarmouth at Haleys Lounge on March 16th and again on March 29th in Halifax at The Seahorse Tavern