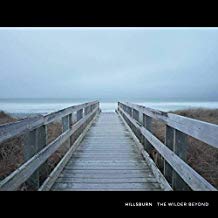 It’s hard to believe that we’ve just wrapped another trek around the sun. 2018 has come and gone, and for the most part, I think we can collectively agree that we’re better off having that year in our rear view. There was some great music, some good music and some music that is certainly fit for a pit. As with every other year, we listen to a shit ton of music, and then sit down at the end of the year and reflect on what caught our ears the past 12 months. This list might be one I was the most prepared for, but the least ready to write about. I hope you enjoy my list of Top 10 albums of 2018, and I’d love to hear your thoughts on it. Shoot us an email over at frontdesk @ HAFILAX.com or comment below. 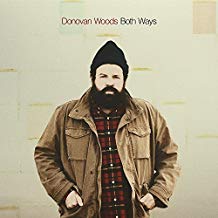 This was an absolute case of love at first listen, from the moment that I heard Burn that Bridge on CBC’s Q, to pressing play on this aural delight. Woods’ ability to make you smile warmly one moment, and ugly cry the next, is a testament to his ability to strike those emotional chords. My feelings about this album were only reinforced after seeing him charm the packed St. Matthew’s Church in Halifax. The songs were even better live, and the wistful closer “Next Year” is an absolute gem. If you haven’t fallen in love with Both Ways yet, go press play and indulge yourself.

There are studio bands, and there are bands who flourish on stage, and then there’s Hillsburn. This is a Halifax-based band that has managed to evolve from traditional Maritime folk act into this poppy folk-rock dynamo, with a dynamic live performance that is equal parts infectious and energetic. Primary songwriter (and first-time producer) Paul Aarantz managed to harness that live experience and captured it on The Wilder Beyond. From the harmonies to the musicianship, it’s all contained here, and it is one of the few albums that finds itself in that rarefied space where the HAFILAX trio agrees. You owe it to yourself to listen to this album, as it’s not just one of the best local albums, but one of the best albums of 2018 period. 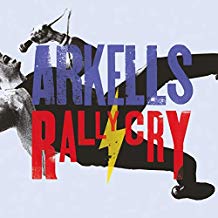 It might surprise a few folks, but the latest release from these Hamilton lads was far from a sure thing to make this list. While the opening pair of singles “Knocking on the Door” and “Relentless” were definite jams, I was initially lukewarm on the rest of the album. Slowly, with each listen, the rest of the album caught on, and it quickly became my most-played album according to Spotify. This album is a little bit pop, a whole lot of rock, and pure aural bliss. The shine of this album has yet to wear off, and if anything, cuts like “American Screams” and “Eye On the Prize” (heard most recently during the World Junior hockey tournament broadcast) have only gotten stronger. 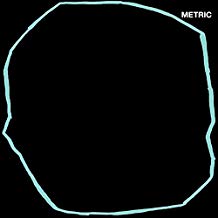 Until recently, Metric has been a band that has simply existed on the periphery of my listening habits. I knew the radio cuts, and that had been more than sufficient for my listening tastes. It wasn’t until Art of Doubt that I would have put myself into the fan category, but this was the album that won me over. From that very first spin, it was a complete effort from top to bottom, from “Now or Never Now” and “Underline the Black”, to “Risk”.  This for me is an album that defied the odds for me, and earned a spot as one of my favourite records of 2018. 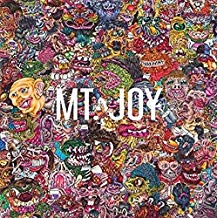 There are albums that you have to work to enjoy, revealing bits of themselves on each subsequent listen, and there are those albums that hit you like a lightning bolt and are immediately ingrained into your being. The latter is the eponymous debut from the Los Angeles quintet Mt. Joy. I fell in love with their lead single “Silver Lining”, and the moment I pressed play on the entire album, I was enamored. Tracks such as “Sheep”, “Jenny Jenkins”, and “Dirty Love” are definite slices of indie folk-rock, but there is also a vein of R&B bubbling beneath the surface and shading these catching tunes. If you are a fan of O.A.R or Dispatch, you’re going to feel right at home here. 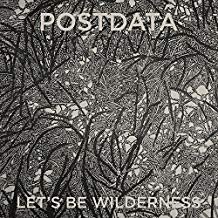 When is a Wintersleep album not a Wintersleep album? When it is an offshoot of said aforementioned national treasure, and the band’s front-man releases his second album under the moniker of POSTDATA. This is an album that is perfectly suited to those long, dark, cold months while Jack Frost has us all squarely in his icy grip. It’s a hauntingly beautiful and sparse affair that is vast and atmospheric, while feeling immediately familiar and warm. There are electro-infused numbers such as “Black Cloud” that will almost get you up and dancing, then the weight of a tune such as “Gravity”. My initial reticence at pressing play was immediately dissuaded the moment I did, as this is easily one of my favourite records of 2018. A perfect duality of being somewhat dour and morose, while having these bright, electric and almost uplifting moments throughout. It feels like an ideal soundtrack for a midnight walk through the woods. 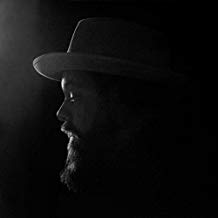 Nathaniel Rateliff & The Night Sweats – Tearing at the Seams

Way back in 2015, Nathaniel Rateliff stormed into the cultural zeitgeist with the band’s O Brother Where Art Thou-sounding single “S.O.B.” and their performance on the Tonight Show way back in 2015. Fast forward to 2018, where the band released their sophomore studio release Tearing at the Seams, an album loaded to the brim with vintage R&B/Soul Sounds, that sounds old-timey while feeling fresh. It’s an amazing feat to strike the balance between the present and past, and you can’t ignore that sound on the heartfelt “Hey Mama”, and the funky “You Worry Me” (both of which were early singles), but this is an album that you can press play on and it will carry you through to the end. It’s an album that had me coming back time and again. 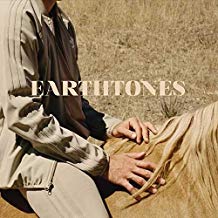 With the amount of music that is released over the course of 12 months, albums released in the first month or two of the year must shine especially bright to make an annual best-of list. That is absolutely the case here with Earthtones. The latest album from Afie Jurvanen is a sweetly wry dose of ear-candy. Not only are the lyrics sharp, but the guitar work captured here is an absolute delight. It was one of those albums that had me coming back time and again for the duration of 2018. Tracks like “Everything to Everyone”, “Way With Words”, and “No Expectations” are some of the choice tracks contained here. 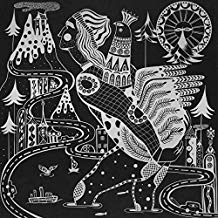 Matt Mays – Twice Upon a Hell of a Time

In 2018, Mays didn’t drop an album of new material on us, but instead he went back to the studio and gave us an acoustic re-imagining of 2017’s Once Upon a Hell of a Time. After taking some time away from the 2017 rock album, it allowed me to dive back into the acoustic versions with fresh ears, and while the initial album was a visceral and cathartic experience, this re-imagining is a quieter and more heartbreaking affair. You can hear the emotion dripping from Mays’ lyrics here, as these songs are more plaintive and raw in their stripped-down incarnations. Once Upon a Hell of a Time is the album to get you fired up for a long road trip, but Twice Upon a Hell of a Time is for those late-night moments where the campfire is burning down, and everything grows quiet. 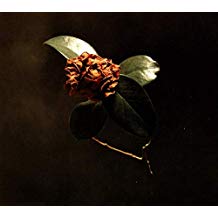 While the Alabama-based eight-piece band may not yet be a household name, they are a band that makes my ears perk up when Paul Janeway starts crooning over this vintage soul sound.  The great thing about their latest effort is that it breaks down barriers between the old and new. This album transcends genres, as it has that definite soul/R&B backbone, but it also incorporates elements of electro-pop and disco, making the band’s sound even more compelling. While it has only been out a couple of months, this is an album that keeps making its way onto my playlist. Check out some choice cuts such as the alluring “NASA”, the shimmering “LivWithoutU”, and booty-shakin’ “Apollo”.  This album is well worth your time, and would be an excellent act for the Halifax Jazz Fest to book.