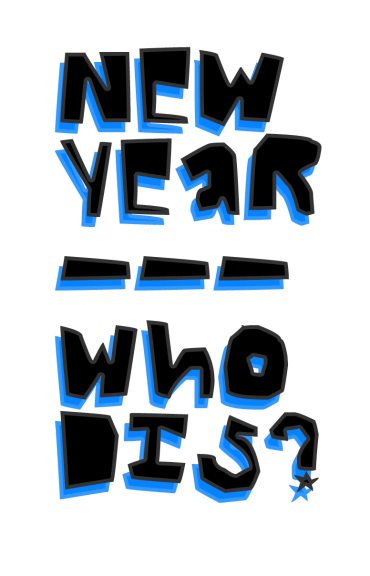 I think we can all agree that 2018 is better off in our rear-view mirrors, as we drive off to the unexplored horizons of 2019. As our livers are drying out in Dryuary, we’ve finally regained our senses, and have started with a few pieces of ear candy that we thought we’d share. Let’s get into it, shall we, and fire up a new soundtrack for 2019.

For fans of Hot Hot Heat, or of The Gay Nineties, Parker Bossley is no stranger. He has made a career out of crafting these pop-rock tunes which are shimmering, bright slices of synthy glam rock. It’s new, while still being familiar and fresh, it’s a tune that grabbed me from the moment I heard it and I can’t get enough. This is one of my most anticipated releases of 2019.

This LA-based indie pop outfit has secretly made some sort of pact with Beelzebub, because each subsequent release has been catchier and more infectious than the last. For a band that burst onto the scene with a song about school shootings, disguised as an ode to a popular ’80s sneaker, they have moved from indie-rock band to synth-pop wizards.

There are a lot of these tracks that harken back to yesteryear, glistening with a fresh dose of nostalgia. That is certainly what this Brit sings about in the official music video, but to hear him strip the song back to this smouldering haunting affair is a real treat. It takes a song that is good, and makes it great.

The Teskey Brothers – “I Get Up”

There are life’s little pleasures, and one of them is discovering a great new band that just hits the sweet spot of your ear. Such is the case with Australian soul/R&B outfit The Teskey Brothers, another band keeping these classic sounds alive, alongside acts like St. Paul and the Broken Bones, and Anderson East. The Teskey Brothers sound like they’ve emerged directly from the sixties; there isn’t an attempt (or a need) to update the sound, as it is warm, and completely engaging. This is an act that definitely deserves more attention.