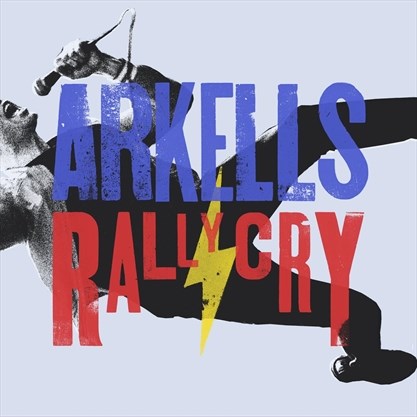 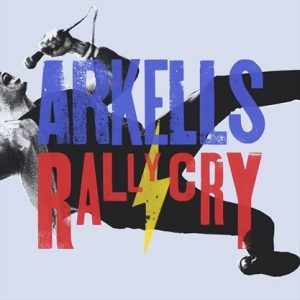 In the history of the music industry, there are plenty of bands who have tried to extend their relevance well beyond their third and fourth albums.  Some bands change line ups, some change their recording locations and others introduce new elements into the mix.  Some bands succeed, but many more wash up, wrecked on the rocks of ambition and reinvention.  Fortunately for the Hamilton lads otherwise known as the Arkells, the band has found a way to temper those aspirations, and to paraphrase a line from their 2nd single from Rally Cry “Relentless”, they don’t dream big, their dreams are just the right size.

There are plenty of bands who drop an album, tour it for a minute and then completely drift out of sight for a handful of years, before regrouping for a “return” album. But that is not the case with the Arkells, who have been a perpetual motion machine since the release of 2014’s High Noon. They are one of Canada’s currently most prolific acts, taking a page directly from The Tragically Hip’s playbook of Release, Tour, Record and Repeat methodology.  Max and the crew have seemingly always been there for our listening pleasure for the last 4 years.  Riding a ridiculous wave of singles that would make Midas envious. This very wave shows no signs of cresting, and continues to roll along with the release of the band’s recent 5th full-length album Rally Cry.

2017 saw the release of the massive single “Knocking On The Door”, which was seemingly ubiquitous as it was either playing on radio, television or as the backdrop for television promos. The band followed that with a re-release of Morning Report which included that single. While the iron cooled on their last album, Max and the fellas unleashed “People’s Champ” on the unsuspecting masses, which would become the lead single from Rally Cry and the start of the next phase of the band’s career. It was shortly after that single that they announced The Rally, a hometown event that saw them stage their biggest show to date at TiCat Stadium (which faced some adversity but was considered a rousing success).

The second single of Rally Cry, “Relentless”, cranked up the bombast and added in a new element of sampling. The sample originated from the band Chicco’s song “Sixolele Babe”, a tune Max was introduced to by his dad. While the band was busy introducing these new elements into the mix, it didn’t hinder their signature sound at all. Instead, if anything it bolstered their songs into these massive arena-ready sing-alongs, which slot perfectly into an already stellar setlist.

Now with that being said: these two massively infectious singles could arguably be the least interesting tracks on the album. The opening tune “Hand Me Downs” is an absolute jam, which stands along the band’s growing repertoire. It’s a cut that is loaded with hooks and will lodge itself in your ear. Track 2 on the album is one that didn’t sit flush for me on the first couple of listens, as its disco-era leanings felt a bit obtuse, but once the code was cracked it became one of my favourite cuts due to its juxtaposition of an energetic disco-rock vibe and the commentary on the US political climate.  It’s one of those secret powers possessed by the Arkells in that they hide the medicine in a spoonful of sugar.

With an album loaded with gems as Rally Cry is, and the Midas-like touch that the band has had in recent years, it’s hard to imagine that there would be a misstep or two where a song just misses the mark. It’s safe to say that those missteps are few and far between, but on Rally Cry the opening few moments of “Show Me Don’t Tell Me” bear a striking sonic resemblance to U2 and Max is pulling off a great homage to Bono. It’s the only moment on this record that feels out of place, and has this reviewer reaching for that next button. That misstep aside, tracks such as “Saturday Night”, “Company Man” and “Only For a Moment” are all great tracks that feel new, yet accessible and familiar. “Only For a Moment” smacks of both past singles “Leather Jacket” and “11:11”, and should be next in line to hit the airwaves.

All in all, Rally Cry is a fantastic addition to the Arkells catalogue, as it is both a distinct Arkells record while being fully accessible to a mainstream audience.  It comes complete with plenty of built-in singles, so that we will be hearing from Max, Anthony, Mike, Nick and Tim for quite some time to come.