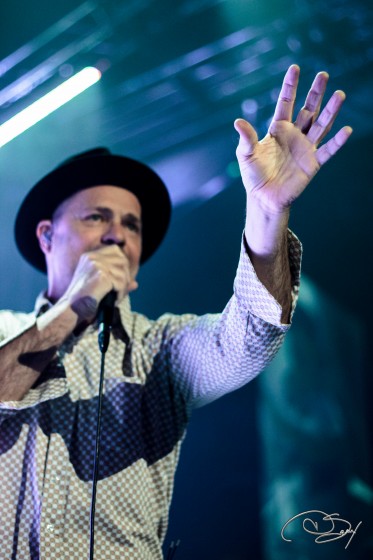 While I don’t know if I’ve completely overcome my Ska Fever of the early ’00s, I do dig the punk-forward sound of the latest cut from The Interrupters, “She’s Kerosene”. It’s a dose of up-tempo aural caffeine that will be a great fit for your early morning soundtrack.

There are plenty of tunes vying for the title of Song of the Summer, but one of the songs getting my vote is this airy electro-pop jam. It has been one tune that is catchy as all get out, and hasn’t shown any signs of wearing down yet. Press play and let this tune wash over you.

lovelytheband – “These Are My Friends”

Modern Rock radio has been grinding the lead single “Broken” from LA-based lovelytheband for several months now, and we finally have the follow-up in the form of “These are My Friends”, another catchy slice of indie-pop. The band’s sound is remniscent of The Neighbourhood, with a similar, rather floaty, atmospheric pop vibe. Settle in, we’ll be hearing this one for a while yet.

On Aug 28th, the Arkells dropped the latest single from the forthcoming album Rally Cry. If you were following the band’s social media posts, it was dropping on radio stations across the country at 9pm EST, and you can see on their social media feeds where Mike is in the car for the initial drop. It was an interesting way to unleash a single, but also a fantastic way to fuse old and new media alike. The great thing about the new single is that it merges the band’s early rock-forward sound with the newer, more poppy material. It’s another step for the band that is growing by leaps and bounds with each album, and if you need any convincing that they are the band poised to ascend to the throne of Canadian Rock music, just check out the videos of their recent concert, entitled “The Rally”.  This is a jam, so sit back and enjoy.

It’s hard to believe that it’s been two years since the nation shut down to take in the final Tragically Hip concert. Broadcast coast to coast, there were large viewing parties staged throughout, and Macleans magazine put together this fantastic cut from a number of those gatherings and celebrations. People sang along, some with tears streaming down their faces, as they all knew this would be the last show we would ever see from Gord, Paul, Robbie, Johnny, and Gord. They are a Canadian treasure, and the music will live on forever, as will the memories of the band’s iconic front-man.