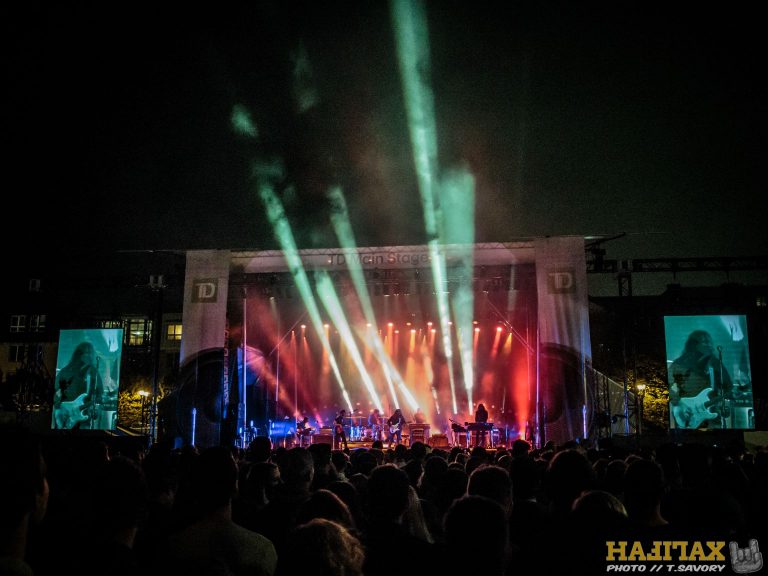 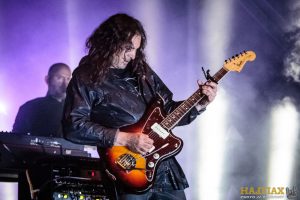 When it comes to live music, Halifax has a spotty history of turning up at shows. You want to put together a glorified retro-night loaded with classic ’90s-era R&B and hip-hop acts, the house is packed, you bring in a well-known act who have visited town regularly throughout their storied career, people turn up in droves, but when it comes to hot up-and-coming acts, they tend to steer clear of the city. It might be due to our location, but if and when the acts do show, they are abysmally supported. Fortunately, this has not been the case with the marquee acts the Halifax Jazz Fest has booked over the years, and last Wednesday night was no different. Philadelphia’s own The War on Drugs was a major festival coup, as the buzz surrounding this show was as deafening as the show itself, with the band bringing their brand of psychedelic roots-rock to the mainstage of the TD Halifax Jazz Festival. 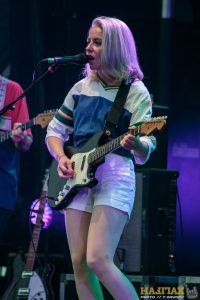 The added bonus of The War on Drugs headlining meant the opener had to be of a certain calibre, and Toronto-based (and East Coast-leaning) Alvvays fit the bill. The Polaris prize short-listers brought their brand of dreamy indie pop back to Halifax on this special evening. For nearly 45 minutes, Molly Rankin (yes, of those Rankins) and her bandmates were content to regale the crowd with a set list that shimmered and shone, with tracks such as “In Undertow”, the much adored “Dreams Tonite”, and their breakout single “Archie, Marry Me”.  There was a definite air of pretense, but that is part of the territory when your indie-pop gems are so god-damn delightful and fairly accessible when compared to the far more challenging work of The War on Drugs. 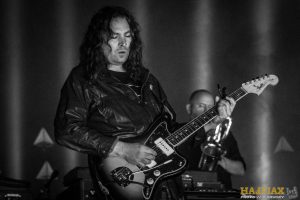 In all fairness, The War on Drugs aren’t a band that people toss on the turntable to amp up a party, theirs is an album for when you just want to sink into your couch and let the music carry you away to a different headspace. Their tracks are already opuses right out of the studio, with a cut like “Under the Pressure” clocking in at just shy of nine minutes, or the scant (in comparison) “Holding On” coming in just short of the six-minute mark.  Yes, the barriers to entry are there, but the moment you press play, you are greeted by the atmospheric vocals of Adam Granduciel, which are equal parts Bob Dylan and Tom Petty. The War on Drugs catalogue feels like it was crafted for driving down dark, desolate, desert roads with only the stars above and the road ahead. The songs are massive, expansive works that demand your attention, rarely becoming little more than aural wallpaper.

All of that being said, to actually see their studio work translated to a live environment was staggering, as these cuts only grew in length, but not in such a fashion that they felt overly indulgent, simply expanding further on the material. Lead vocals were handled largely by Adam Granduciel, but that was not the only element he brought to the performance; much to the delight of the crowd, he also brought a wizardry on the guitar that few folks possess. His intricate licks and drawn out solos entranced the Halifax crowd and had them floating along with where he and his band were going. As much fun as it would be to see The War on Drugs in a small room, or even a fair-sized arena, an outdoor stage on a warm summer night was the perfect way to take in these dusty atmospheric tunes. 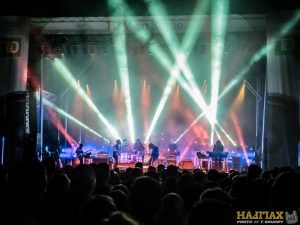 I do want to make one thing clear, when I say the music was dusty and atmospheric, by no means did I mean this was a quiet affair. The mainstage afforded ample space for these songs to ricochet about the buildings surrounding the venue, and more than likely could be heard from the other side of the harbor. The War on Drugs set packed a definite oomph, and touched largely on the band’s previous two offerings Lost in the Dream and 2017’s A Deeper Understanding.  Then to put the cherry on the sundae and close out the set, Granduciel unleashed his inner Ol’ Shakey and covered Neil Young’s “Like a Hurricane”, which afforded those in attendance to pick their jaws up off of the floor, as this was a show that met and exceeded the hype bestowed upon it. 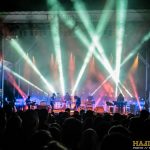 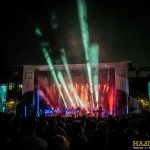 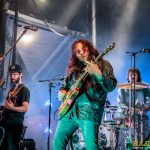 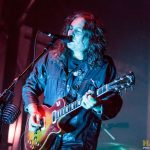 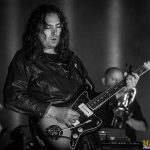 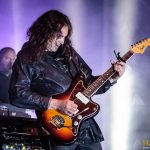 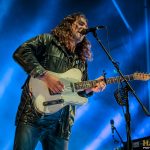 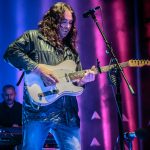 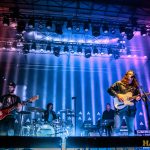 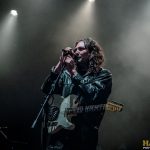 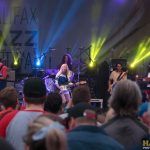 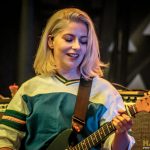