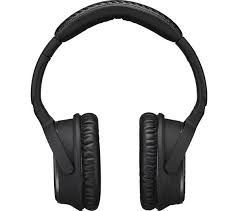 Now that the holidays are firmly in our rear-view mirrors, it’s time to shake off the rust and cobwebs and get back at ‘er for another year. It’s partly due to a bit of sloth-like nature, and partly due to the lack of compelling year-end material to talk about. Fortunately, my ears have finally begun to perk up and we’re ready to share some new tunes to get you fired up and help to shake off that Holiday Haze.

This is one of those songs that doesn’t immediately scream AWOLnation, and is closer to something Muse might release. Until I enlisted the aid of Shazaam to determine that this was indeed AWOLnation, I was sure this was Muse. While the band isn’t content to exist in some easily-defined space, they eschew convention and have created this somewhat unconventional modern electro rock sound. It’s as infectious as it is unusual.

Now this isn’t necessarily a new tune, but it’s finally hitting my ear the right way. I don’t know if it was a track that didn’t immediately resonate, and eventually wore me down, or if I just didn’t really listen to it until I was driving around town. Either way, it’s another slice of pop confectionery from the Aussie singer-songwriter.

This is the hottest ticket in Halifax at the moment, as Afie drops in to play the sold-out Rebecca Cohn on Friday evening. It’s the perfect room for the mellow atmospheric tunes from the Canadian singer-songwriter. I was fortunate enough to be in attendance when he last played the Cohn and it was a magical evening, and with the magic that he’s crafted on the catchy “Way With Words” it should be another special evening in the auditorium.

It’s a treat when a single Jack White track is dropped, but when we get a pair of ’em, that’s a great mid-day pick me up. Fans of Jack’s early solo work will feel right at home here, as it’s a rather subdued White crooning over some interesting electro-infused sounds, coupled with a southern gospel flair. If you want the more eclectic White, go check out “Respect Commander”.

While I’m sad that Chris Cabrerra’s return to his alter-ego Dashboard Confessional most certainly means an end to Twin Forks, we at least get new Dashboard Confessional material. This track is a return to form for one of the pioneers of the emo sound, and you can certainly hear some of the hallmarks that inspired acts such as Fallout Boy and Pan!c at the Disco. I can’t wait for this album to drop later this year.