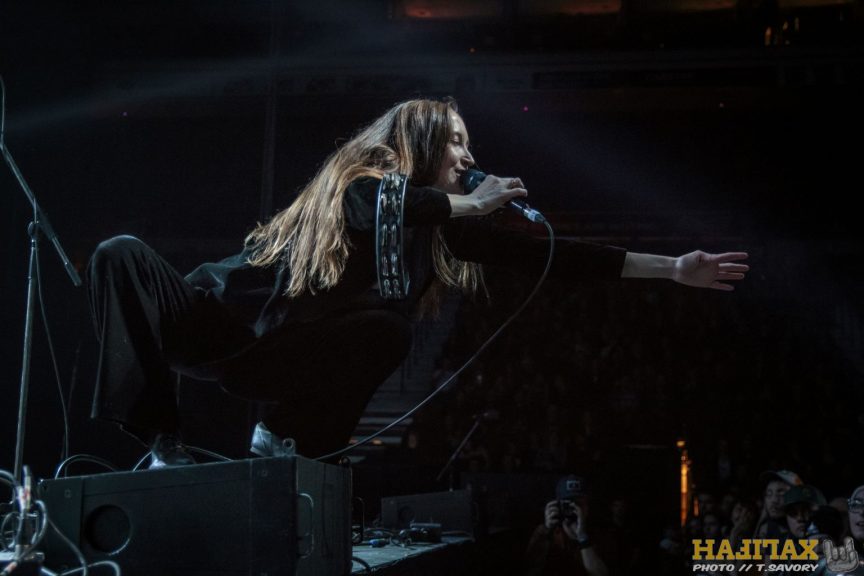 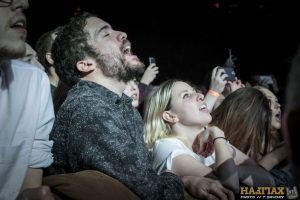 As Blue Monday passed through earlier in the week, it was clear that a legion of rock n’ roll fans were in need of some nourishment for their souls, as the Scotiabank Centre was comfortably packed for the triple bill of The Beaches, July Talk and Matt Mays. It was a show that had a fair amount of buzz surrounding it, and it was palpable in the arena on a chilly January evening. You could tell by the eager fans who claimed their place along the barrier, some of whom were up from the Valley to catch both July Talk and Mays; others such as Alaetra and Jay, who are July Talk superfans, were up front (as per usual when JT plays town). It was a crowd that was ready to rock, and what a night they were in for. 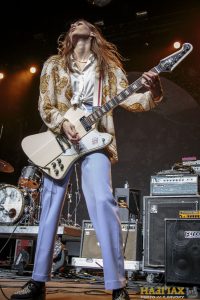 First on the bill was the Toronto rock-outfit The Beaches, who were making their initial visit to Halifax, and this fierce foursome was ready to rumble. The band has been riding the success of their breakthrough single “Money”, and parlaying that into a loyal Toronto following, and a burgeoning fanbase outside of Ontario. From the moment that this quite stylish quartet strode on stage, it was quite evident that they were poised, and not one of these one-hit wonder acts who tend to find their way into early opening gigs. While the Beaches have been around for over 5 years, the majority of the band played together in an early pop-rock outfit entitled Done With Dolls, which garnered them a modicum of experience as they cut their teeth on the Family Channel. 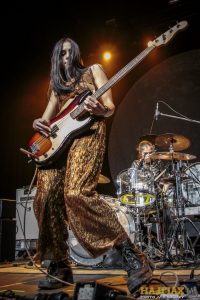 It was that experience that allowed them to control the Scotiabank stage on Saturday night, but those early days fueled their aspirations, and with practice and passion, came the poise and polish that was on full display. Yes, there was style, but the substance was showcased on tracks such as “Late Show”, “Back of my Heart” and “Moment”. You could hear shades of acts such as The Strokes, The White Stripes and Joan Jett throughout The Beaches’ opening set. The 7-song set whipped by in the blink of an eye, but I would love to see these ladies paired up with someone like Black Pistol Fire for a cross-Canada trek, as that would be a night of fiery, retro-tinged rock n’ roll.

After a short intermission, it was time for co-headliners July Talk to hit the stage. Thanks in large part to The Carleton’s Mike Campbell, Peter, Leah, Ian, Danny and Josh are no strangers to these parts. The band is always happy to return to the East Coast to obliterate a few willing eardrums. While we at HAFILAX debated who the closing act of the show should have been, both acts have played at a laundry list of venues around town, for example July Talk have played the big stage over at Alderney Landing for Canada Day in 2014, they played in Garrison Brewing’s backlot as part of the 2016 Backlot Bash, the band has made stops in the aforementioned Carleton, and jammed them in over at the esteemed Marquee Ballroom (for two nights on their prior visit). While there are only two July Talk LPs, from the opening salvo of “Touch”, “Summer Dress”, and “Now I Know”, it was more than apparent that there wouldn’t be any small rooms in the band’s future, they were destined for arena shows. 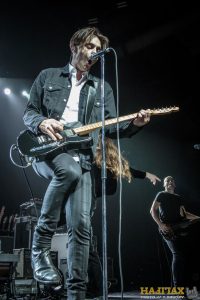 In seeing the setlist, it was clear that this was more of a co-headlining situation as July Talk were afforded a full set, which encompassed the lion’s share of the band’s discography. This is a band that rattled the Marquee Ballroom to its core, and now they were obliterating the biggest room in town, with nary a care. The much-ballyhooed romance between the sweet and lush tones of Ms. Fay’s voice, and the way it tempers and contrasts the bottomless baritone and rasp of Peter’s vocal instrument, was on full display. Not only were we witnessing the growth of one of the gems in the Canadian music scene, but the room was full and entranced by this performance. If the Haligoon eardrums were unprotected and intact at the midway point of the band’s set, July Talk’s “Guns + Ammunition” ensured they were ringing well. It was a soul-quenching performance, that even saw Peter and Leah pay tribute to Mr. Mike Campbell with the dedication of “Rationed Well”. 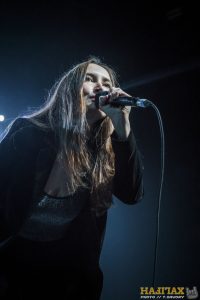 The din of the room was considerably louder now as the stage crew swapped in the gear for Matt Mays and his merry band of musicians, as everyone was trying to deal with their newfound tinnitus. Fortunately, there was no dialing down the amplifiers, and they remained glued at 11. After July Talk’s set, the bar was set incredibly high; at almost an insurmountable level, but having witnessed Matt’s Canada Day set, you knew he was up to the task.

It was great to see a strong turnout for the Matt Mays homecoming, as the lower bowl was chock full of loyal fans who have been clamouring for a headlining set after his scintillating Canada Day performance on the Halifax Commons. It wasn’t isolated to the lower bowl, as the throng of folks on the floor shifted towards the stage much like Mays did back in 1996 when Neil Young played this very room with his band Crazy Horse. Now that Matt found his place on that stage, shortly after releasing his exceptional 6th album Once Upon A Hell of a Time, it was a show that was more of a general celebration, and not one that centered squarely on the new record. 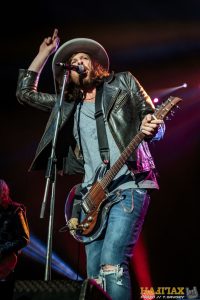 The album got some attention on Saturday evening, but the set was largely comprised of fan favourites such as “Tall Trees”, “Take it on Faith”, “Cocaine Cowgirl” and “City of Lakes”. Newer songs “NYC Girls” and “Faint of Heart” made the cut while a lot of great Mays’ material did not, and that’s completely understandable, as with each subsequent release room has to be made for the new material.

This was the first time that Matt headlined on the Scotiabank stage and he looked completely at home. He didn’t roam too far from his mic stand, but roamed far enough to jam with both longtime bandmates Ryan Stanley and Adam Baldwin. It was a band that clearly shared a great affinity for one another and you hear that beaming from the stage. For those watching the drum kit, they would have noticed another familiar face in Loel Campbell (of Wintersleep) handling percussion duties. Aside from Loel, it was all the regular players joining Matt in this triumphant homestand: Adam, Ryan, the amazing Leith Fleming-Smith and the incomparable Serge Sampson. Throughout the evening, each member of Team Mays was afforded a moment to shine, and the uninitiated were given an opportunity to love each of these musicians as much as the longtime fans. 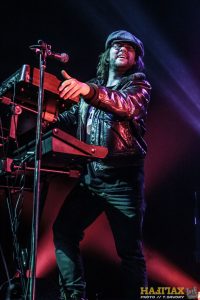 As the set began to wind down, a mirror ball (suspended high over-head) was activated as the arena was awash in shimmering beams of light, which were fitting for such a taut and simmering tune as “Terminal Romance”. For the evening’s encore, Mays once again welcomed the Halifax Ukulele Group back to the stage for additional accompaniment on “On the Hood”. Then it was time for the cherry on the top of this exceptional night, as Mays and Co. welcomed both The Beaches and July Talk back to the stage to join in on the Springsteen classic “Dancing in the Dark” which was led by Springsteen aficionado Adam Baldwin.

I would expect that after the night of soul-quenching rock n roll that we experienced, you would hard pressed to find a disappointed concert goer. You may have a handful of disgruntled folks who found themselves stuck next to a chatty Cathy, but the majority of folks left hoarse and with a sweet ringing in their ears. It was certainly a night on which I was glad I was rocking my trusty ear plugs. Let’s just hope we see July Talk make their way back east again this year, and that Matt celebrates his new album with another Halifax show. 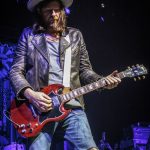 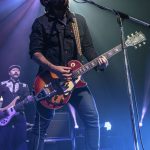 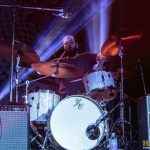 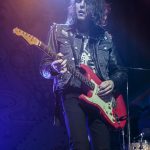 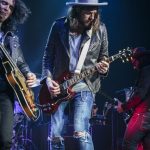 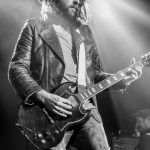 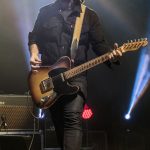 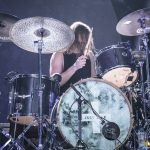 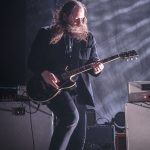 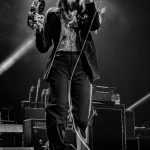 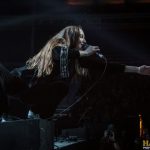 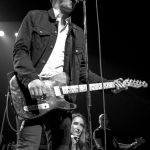 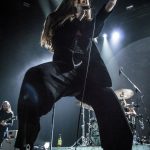 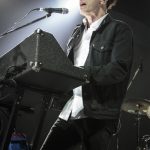 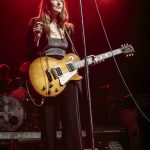 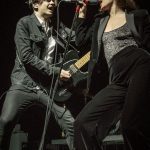 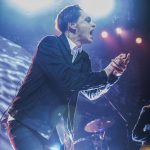 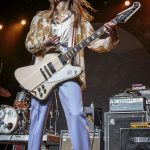 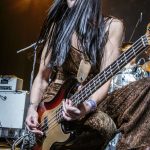 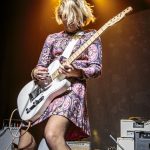 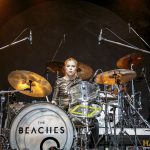