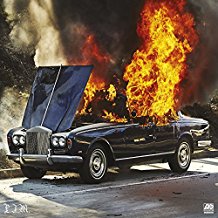 Portugal. The Man. – Woodstock // I think the clear majority of folks are accustomed to these young upstart acts breaking on to the scene at the onset of their intended careers, but few are used to seeing a band breakthrough into the mainstream after a decade of making music. Thus is the case with the Oregon indie-rock four-piece, as their smash hit (and mega jam of 2017) “Feel It Still” snuck onto rock radio playlists early this year, and began to garner attention and eventually became one of the most ubiquitous songs of the year.  While Bieber, Gaga, The Weeknd and the Chainsmokers duked it out for “song of the year” supremacy, Portugal. The Man swooped in and stole the title out from under the heavy-hitters.  Fans of Danger Mouse (who has partial producer credit here) and his side project Broken Bells will feel right at home here, as there is an interesting synth component bubbling beneath the indie-rock vibe. 2017 could easily go down as the year of Portugal. The Man, especially with the success of their most recent single “Live in the Moment”, which is poised to dominate radio waves for the months to come. 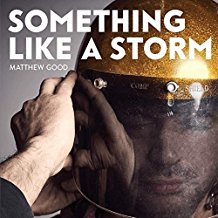 Matthew Good – Something Like a Storm // There are few artists who are afforded a career as long as that of Matthew Good, initially a front-man of a wildly popular alt-rock band during the hey-day of Canadian Rock in the 1990s. Then as the Matthew Good Band disharmoniously disbanded, the curmudgeonly front-man rose from the ashes to step into the spotlight on his own as a solo artist. Similarly to Dave Grohl dusting himself off after the end of Nirvana, Good went on to craft some equally massive, and at times far more delicate albums than would have been possible with the MGB. His latest effort is one of his most complete and accessible albums, as it feels like it was born out of the shadow of Beautiful Midnight as opposed to his 7 other solo releases. This is an album that is more straight ahead and direct, and while Good has shown a penchant for interesting and complicated arrangements in the past, these 9 songs are special in their simplicity. Something Like a Storm is every bit a Matthew Good album, but as an artist Good only continues to show how great he truly is. Just check out “Decades”, “Days Come Down” or “Bad Guys Win”, a handful of fantastic radio-ready cuts from this record. 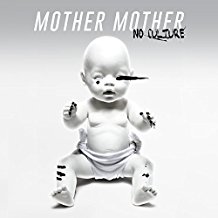 Mother Mother, No Culture //  While there was a 3-year gap between the release of No Culture and MM’s previous release Very Bad Things, it hardly felt that long. Way back in February of this year, the latest album from the Vancouver indie-rock outfit dropped, and the band hardly dipped off rock-radio the entire time. This is an album that is a far rockier effort than the majority of the band’s catalogue, which has largely been quirky infectious indie-folk, and more recently the band has definitely pumped up the pop and accessibility of their sound. No Culture is a record that got incessant play from me throughout the year, with a growing appreciation with each spin and with each dropped single. To date, the band has released “Love Stuck”, “The Drugs” and “Baby Boy” from the album, but this album is laden with potential singles.  Easily one of the best albums to drop in 2017. 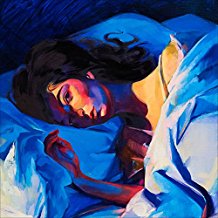 Lorde, Melodrama // Resist if you must, but the artist born Ella Yelich-O’Connor finally returned with one of the most anticipated albums of the year in Melodrama. From that opening splash of “Green Light”, you could tell that the snarl of 2013’s landmark debut has dissipated a bit, and with the assistance of Jack Antonoff she’s crafted another infectious collection of electro-pop tunes. This is an album that eschews the adolescent outsider snark in favour of a more tempered and focused young woman looking to establish a name for herself. It’s an album that proved to be a challenge, as the whole world was watching with eager anticipation to see how this 17-year-old would follow up such a smash success.  At times, there is a definite Tegan and Sara sound that finds its way onto the album (see “Louvre”), but largely tracks such as the delicate fragility of “Liability” (arguably the best cut on Melodrama) and that unabashed dance-fest “Green Light” show that Lorde is in no danger of falling prey to that sophomore jinx.

Bruno Mars – 24k Magic //  While the album didn’t see the light of day until late in 2016, it really didn’t get rolling until 2017. From the opening eponymous single, to cuts such as “That’s What I Like” and a sexy slow jam such as “Versace on the Floor”, this is an album that is nearly perfect. Loaded from top to bottom with funk, and vintage beats that would feel right at home in each of the last 3 decades, there is a healthy dose of nostalgia blended in along with the modern electro vibe. This is an album that should raise even the most devoted Michael Jackson “Thriller” zombie, and will get those die-hards grooving right alongside. Knowing that Bruno Mars is more enamored with live instrumentation, this is an album that is warm and organic, and acts as a mental DeLorean as it takes you through those vintage sounds of days gone by. It is an album that deserves to be heralded as one of the best of 2017, as I wore out my digital copy. 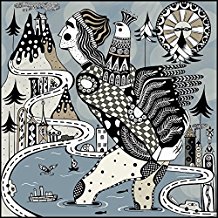 Matt Mays – Once Upon a Hell of a Time // Matt Mays for all intents and purposes is quickly becoming the Nova Scotian analogue to Neil Young.  Young is an artist embraced by his adopted country of the United States, while many forget that he is indeed a True Patriot Canuck, much like Mays has been embraced by Toronto and abroad, while many overlook that he is a Dartmouth OG. Mays has been something of a nomad (even more so than your typical musician), but in 2017 he returned from the world to unleash Once Upon a Hell of a Time which is another definite road-trip classic. This is an album that is a darker, rockier effort than 2012’s Coyote, however, it feels like the 2012 titular creature is the spirit animal here. But just toss on “Sentimental Sins”, “Perfectly Wasted” and “Station Out of Range”, and you can see that the spirt of the Coyote runs strong with Mays, whether roaming on his own, or within a pack. 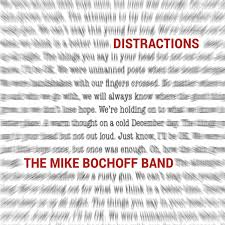 Mike Bochoff Band – Distractions // When I heard “Sons of America” for the very first time, I had to pause so that I could pick my jaw up off of the floor, as it was such a heartfelt and melodic tune. In the fact that it felt like this magical pairing of Ben Folds and Fall Out Boy, it should have been the track that made Mike Bochoff a household name and cleared up the confusion on how exactly to spell this talented singer/songwriter’s last name.  Instead, it got swept away in the endless stream of new music angling for your attention. Fortunately, the other 5 songs on this scant EP are equally worthy of being that breakthrough single that Bochoff and his cohorts deserve; just check out “Glory” and the delicate title track “Distractions”.   Growing up in the Maritimes, you can suffer serious Celtic burnout, even with those in command trying to perpetrate that fiddle and bagpipe stereotype. Fortunately there are acts, such as Bochoff, who are trying to change that narrative by showing how talented and diverse our musical scene is. 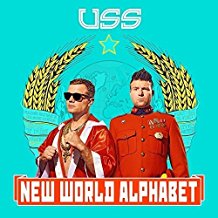 USS – New World Alphabet // C’mon man, who hasn’t felt the need to kick off those metaphorical “Work Shoes”? It’s an opening track title that is immediately relatable, and can instantly set a room off!  USS are this unusual pairing of Jason Parsons (aka The Human Kebab) and Ashley Buchholz, a DJ and Guitarist duo who make nothing but jams. This isn’t an album that is trying to solve world hunger, or is aiming to be the next Shakespeare, instead these guys make music that is the anthesis of those “Work Shoes”. This album is an ideal 8 tracks, all of which are perfect fuel for the weekend adventure soundtrack. There isn’t some façade in place here, instead this is the perfect representation of the USS live experience, just amped up, unmitigated fun and enjoyment. Press play on a track such as “Domino”, or “California Medication” and try to resist, it’s futile as this is the New World Alphabet. 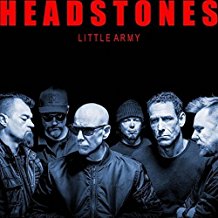 Headstones – Little Army // In 2017, Hugh Dillion and his Cohorts Trent Carr and Tim White pulled the metaphorical bike from the shed, dusted it off and hit the open road. Little Army is everything you want from a rock n roll band: grit, grease and honesty. Dillon et al are a bit rough around the edges, but that adds to the band’s swagger and charm. This wasn’t some sort of cash grab where the band attempts to throw back the hands of time, instead this record brims with integrity and showcases a band making great music, more so than trying to reclaim some past glory. 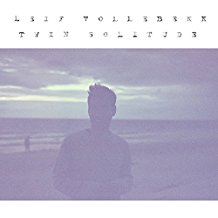 Leif Vollebekk – Twin Solitudes // 2017 was a year that saw the release of countless albums that were laden with massive songs, but there were a few records such as Vollebekk’s Twin Solitudes that opted for a more intimate listening experience. It’s not that these songs are any less engaging or exciting, it just that they’re warmer and more delicate, like a warm summer evening when the sun dips below that distant horizon. 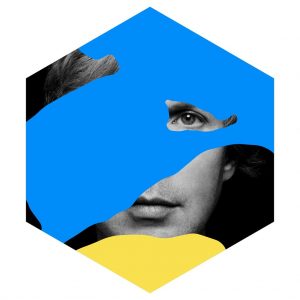 Beck – Colors // In 2017, Beck finally released his hotly anticipated album Colors. It was an album oft rumored to be released at some point in 2016 after “Wow” and/or “Dreams” were released, but it wasn’t until shortly after “Up All Night” dropped that Colors soon followed. This is the most vibrant and completely accessible album Beck has released. Others have been critically acclaimed, and beloved by niche audiences, but this is easily his brightest and best.