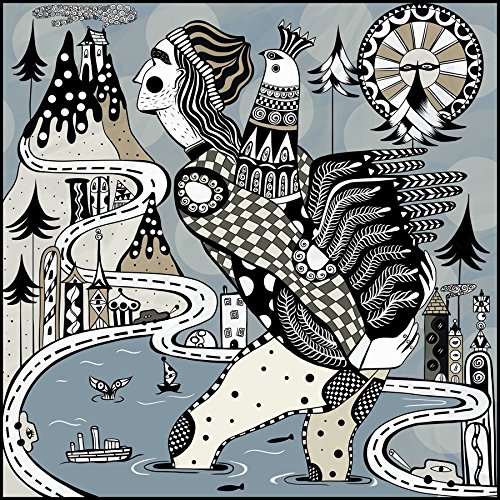 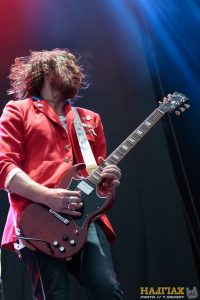 It has been 5 years since Mays unleashed Coyote on the world, and he has finally returned with a new LP entitled Once Upon a Hell of a Time...  The creative process is funny in the way that it works, but with the life altering events that transpired since Matt Mays last released a record, most people would need time away from the spotlight to decompress and process everything that occurred. Long-time friend and collaborator Jay Smith took his own life during the Coyote touring cycle, and Mays endured the dissolution of a romantic relationship during that time. In following Mays’ career, he seemed to be sort of artist who would pull up stakes and hit the road in search of that next hidden beach, or fat wave to drift away on. For the turmoil that he was encountering, most folks would require some sort of grounding, but instead of laying low, Mays pulled up those stakes and headed out into the world.

Once Upon a Hell of a Time… is an album that couldn’t be crafted without the turmoil and heartache that Mays had to endure during the past 5 years, and that turmoil is the fuel on which this album runs. Many folks will be expecting an album that sounds closer to Hayden’s early folky downtrodden work, however, this is undeniably a Matt Mays record. It is an album loaded with those crunchy guitars and elegant keys that we’ve come to know and love from Matt and his merry band of musicians. 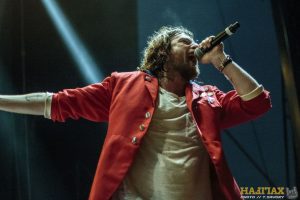 It’s clearly apparent that Mays has struggled with a duality within himself, as he is constantly drawn to his nomadic leanings and that lure of the open road, meanwhile wanting to set down romantic roots someplace, knowing full well that these two things are diametrically opposed. The opening trio of tracks see Mays wrestling with this conflict, ultimately having to let that special someone go and not wanting to skew their future romantic prospects. Then it comes down to battling that loneliness which ensues, and wanting nothing more than to keep that spark alive, but those self-contained demons have a way of burning down the bridges behind us.

Untethered, Mays takes us on the road with “Drive On”, as he tries to explain that for him to stay rooted in one place, means that another part of him would be unfulfilled, and would ultimately wither and die without the proper cultivation that a domestic existence would not provide. His nomadic spirit had to be indulging in the open road, and those wide-open spaces that the road provides.  While it may seem sad to some, for others it is that self-affirmation that you are doing the right thing, as your soul is finally quiet.

This isn’t an album that finds Mays crying into his beer, instead he has crafted an interesting juxtaposition where the album is a fierce upbeat rock n’ roll outing, but the lyrics tell the story of a guy who had to remain true to himself, if only for a period to indulge his nomadic tendencies. Those tendencies unabated allowed him to roam free, ultimately coasting downhill at a perilous clip, all the while trying to run free of the ghosts that haunted him. Tracks such as “Perfectly Wasted” and “Drunken Angels” are those songs where you make those well-intentioned promises to yourself, that are reinforced by equally inebriated wingmen, but are only doomed to be erased like an etch-a-sketch when the sun crests over the horizon. 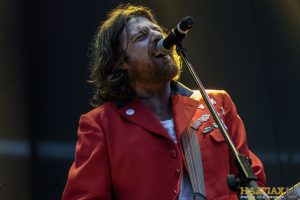 I have to say, the saddest and most poetic song metaphor on Matt’s new record is “Station Out of Range” which perfectly describes what it is like to fall out of love, or to depart a relationship. There isn’t any dramatic explosion, or colorful fireworks, it’s generally far more serene and quiet than that. It typically would start with those short bursts of static, with the signal slowly beginning to wane and eventually fading into silence as you drive off into the distance. Then on the album’s closing number “Never Say Never”, it sounds like the darkness has finally passed, peace is finally achieved, and you can start anew.

This is easily one of the top three albums Matt Mays has released, and may easily be the most nuanced of his storied career thus far.  Once Upon a Hell of a Time… seems like the first half of a story, whereas the next chapter may shed light on where that road has carried him. For now, as dark as the content of the new Matt Mays album may be, it is still a kick ass rock n roll album that should find itself on a lot of Best Of lists come year end. Hopefully we don’t need to wait another 5 years for Matt to drop a new record on us.