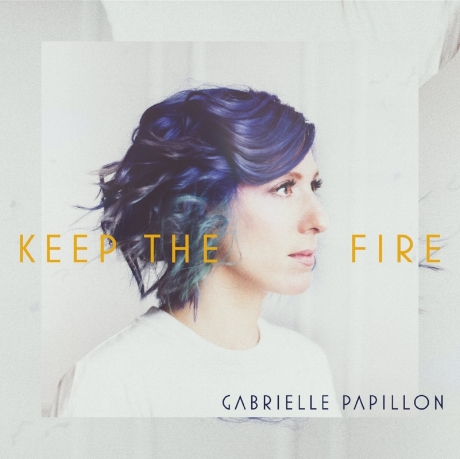 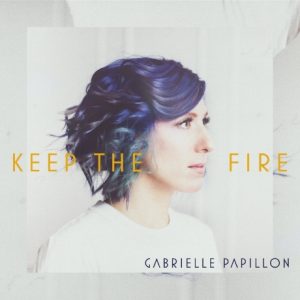 There are albums that you set out in search of, and there are those albums that have a way of finding their way to you. Sometimes it’s a hidden gem from an artist’s early work, other times you catch an artist on the verge of releasing a collection of songs that will most certainly propel their career forward. Such is the case with Halifax-based singer-songwriter Gabrielle Papillon, who recently released her sixth studio album Keep the Fire, a collection of songs that is vast, sweeping and lush. On this album, Papillon enlisted some heavy hitters in Daniel Ledwell and Corey LeRue to produce and mix this album, respectively.

While Keep the Fire is hardly an album I would consider to be a party starter, it’s a taut, simmering affair that affords Papillon’s shimmering vocals plenty of room to soar. The title track is something of an aural ember, as it can just sit there basking in its quiet glory, and then it catches fire, and the flames burst forth with a potent fury. The fire inevitably dances away, and the ember continues to glow unabated. It that dynamic force that will draw many comparisons to the work of Florence Welch.

Papillon employs a variety of elements here, and while the album is largely comprised of soaring pop-infused folk songs, there is a little country flair on “Deep in the Earth”, and a little fantasy grandeur on the majestic opening “Overture for the Fire Keeper”.  Some albums are a slag to get through, but Papillon’s latest album is an easy listen that manages the difficult feat of remaining in the foreground, as many albums can quickly become little more than wallpaper. You would be hard pressed to avoid drawing a comparison on “Three Years” to Sarah McLachlan, another (formerly) Halifax-based songstress, as it sounds remarkably like Ms. McLachlan during the Fumbling Towards Ecstacy years.

The force of nature that is Keep the Fire will carry Papillon back to town this weekend for a pair of shows at the Bus Stop Theatre on Saturday, then she will join the festivities in Truro next week as part of Nova Scotia Music Week. Before this album found its way to me, I was completely unaware of the hidden gem that is Gabrielle Papillon, but be assured I am clearly enamored with the lush sweeping vocals and warmth that emanate from this aural soundscape that has been created. This is one of the best albums I’ve heard this year. Check out the album’s gems such as “The Damage”, “Keep the Fire” and “Three Years”.