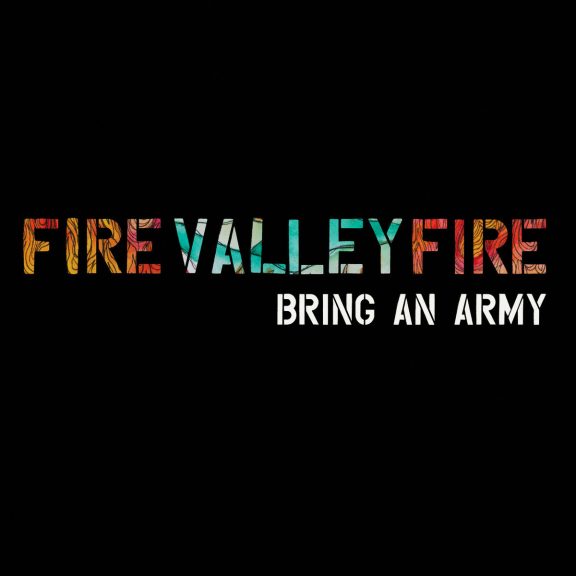 Sometimes you just have to turn it up to 11, and head bang your way through the day. Cape Breton’s Fire Valley Fire have come out swinging with their debut album “Bring An Army.” Obvious influences from classic and alt rock are to the forefront of this album, with metal snippets finding their way in not so sneakily. A semi-supergroup, of Dan Baldwin (Rock Ranger, The Grass) on guitar, Morgan Currie (I Was a Spy, Tom Fun Orchestra) on bass, Mike Morrison (Rock Ranger, Sunfish) on drums, and Justin Vallis (Bella Rebellion) on vocals, come together for an incredible mesh of pure unadulterated rock and fucking roll.

The album kicks off with overloaded feedback, into guitar licks that can’t keep you from pounding the steering wheel while trying to keep it between the lines. “Megaphone,” “Wizard,” “Meanwhile They’re Laughing,” and “Setting Sun” could be mistaken for mid ’90s grunge hits. Pounding drums that you’re forced to feel in your innards give the album the heavy backbone it needs. Taking things to a speedier, more punk-tinged place are jams like “Use Your Brain” and “Circle Like a Vulture.” You can look to Pearl Jam’s “Do The Evolution” to draw comparison. Even when FVF decides to slow things down on tracks like “Alone,” they still manage to find that balance between heavy and beautifully melodic.

I’m a sucker for rock guitar solos. The longer and face-meltier the better. If we’re in the same position, this is an album worth looking into. Baldwin isn’t afraid to use his guitar as a call and answer to Vallis’ vocals in some songs. He creates a harmonic use of it, almost as though it’s singing right along with the lead vocals.

You can find their album in local record stores, or on any streaming service. If you want to keep up with the boys, here is their Bandcamp, and Facebook.