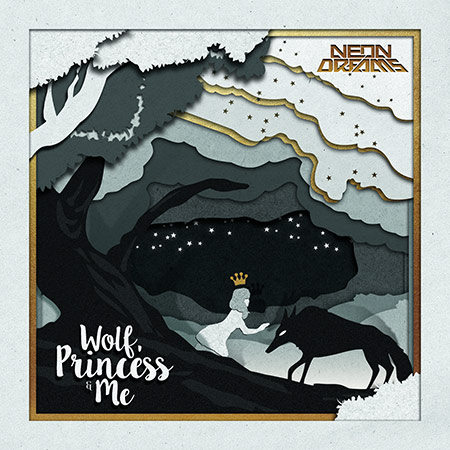 There are albums that have a song or two that can get stuck inside your head, but in recent memory most albums come loaded with those 3-4 “hit” songs, and the remainder of the album is padded with chafe and filler. Wolf, Princess & Me may only be an EP, but, aside from the opening intro, this is a 6-track EP that is tightly packed with some of the best pop tunes you’re ever going to hear. The production is deft and polished, but never nearing that point of excess, and that is due in large part to Corey LaRue’s skill in the production booth. 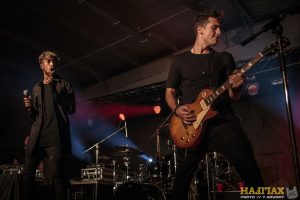 While the band got a chance to debut a few songs off of their most recent EP on Thursday night at the Virgin Radio Summer Wrap Party, the majority of folks wouldn’t hear the tunes until the album starting appearing on their streaming music players or showed up on store shelves. The band recently dropped the fiery lead single “Rescue”, which encompasses a myriad of musical stylings, shifting from reggae soaked EDM all the way to pure pop magic. If “Marching Band” was the track that pushed the band to the precipice of greatness, then “Rescue” and the other 5 tunes included here should be the ones to propel the band over the edge and set them soaring high above the pop peons below. 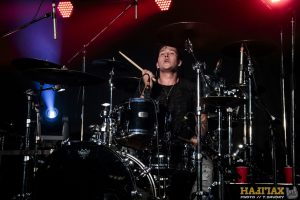 It’s also not that often that you see a band that spans such a wide breadth of genres as Neon Dreams, who set out to craft a masterful concept album that speaks to that arc of a passionate relationship. One which initially feels guided by fate and destiny, and how that perception is often skewed by hormones and lust.  The album speaks to that downward spiral that most people encounter when they are smitten by a partner, then it shifts from a situation where everything is sunshine and roses, to where clouds start to roll in. Ultimately your time is spent entirely focused on this other person (“Deep Water”), eventually leading to infatuation and love, where your hormones largely override logic (“Insane”). In an effort to sustain the relationship, we will even set aside our own personal well-being (“Do What You Want”).

There is a darkness to these tracks, but it’s offset by the expansive production that is afforded to these songs. Not only are they sublimely polished, they are all insanely catchy and radio friendly. I hope this Halifax-based band is ready to soar, because this album is going to take the band (Frank Kadillac, Adrian Morris, and Matt Gats) to far greater heights than they have experienced to date.