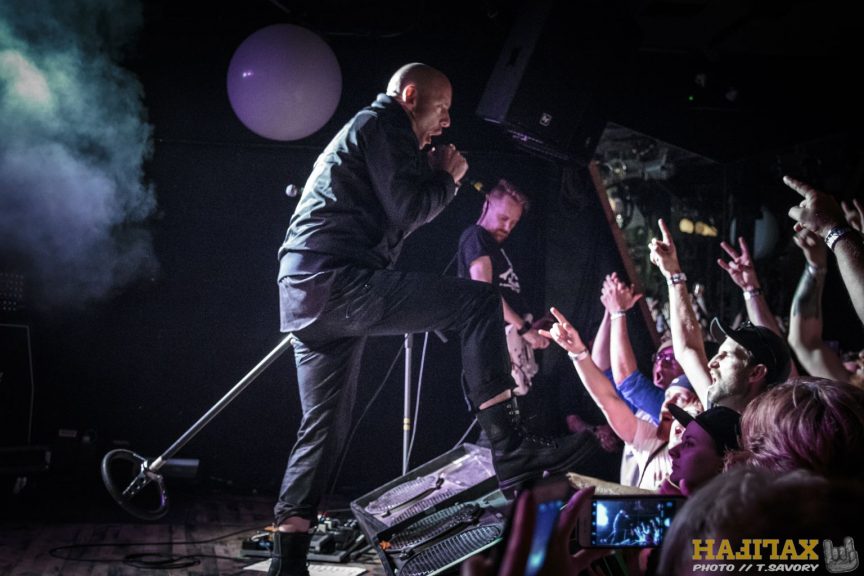 Earlier this year, I had the privilege of catching the local hard-rock, grunge-adjacent act Old Blood at the Pavillion during the Rosewood Annie EP release party. It was the band’s sound that quickly enamoured me, and gave me the impression that they were making music for those 1990s Can-con rock kids. Trevor Desouza, Cory Leach, Josh White, and Lloyd Smith put on a polished set Saturday night and won over a new legion of fans. Keep your eyes open, as these guys have a new record dropping later this year. Old Blood were the perfect band to open this show, and they knocked it out of the park.

The Canadian Rock scene has always been awash with serious world dominating talent; two of the major acts to emerge from this country who were quickly adopted south of the border were Neil Young and Rush. They both still hold places of relevance for any fan of rock n’ roll, but during the 1990s (and shortly before), the Canadian Rock scene was more than fertile as the entire country began to churn out some rock n’ roll acts who would go on to have massive careers in Canada, and some would even manage to break into the US market. Two bands formed in 1987 and began storied Canadian rock n’ roll careers, one of whom has been together since their EP dropped in ’87 with a pair of Gords, a Robbie, Paul and Johnny; meanwhile, another band was formed in Kingston and dropped their beloved debut album Picture of Health the same year. Those bands were the Tragically Hip and The Headstones, and on Saturday night the latter performed at the Marquee Club in Halifax.

In a testament to talent and perseverance, Hugh Dillon, Trent Carr, and Tim White stormed the stage, and tore through a set that was just shy of 20 tracks, and clocked in at roughly 90 minutes. It was an immediate and visceral performance that held nothing back; the band sounded fantastic and forceful, and not at a single moment did they feel like they were leaning back resting on their laurels. A lot of bands who enjoyed a modicum of success during the nineties seem to be making a final nostalgic grasp at that final minute of fame, but that just isn’t the style of these Kingston gents. While it was great to hear the hits “Unsound”, “Cubically Contained”, and “Smile and Wave”, this was far from a greatest hits tour. While the band’s career does include a decade-long hiatus, front man Hugh Dillon never really made an effort to shy away from the spotlight, making a name for himself as an actor. A great number of folks don’t immediately think of the angry, spiky-headed punk-rock front man who fronted an iconic Canadian hard-rock band; instead they picture either Mike Sweeny from Durham County, or Ed Lane from Flashpoint. Then in 2013 the band reunited, and 2017 saw the release of Little Army, the band’s 7th studio release. In looking around the Marquee, it was apparent that this was a group of longtime Headstones fans, and this was no more apparent than when the set-lists were being taped to the floor and people clamored to know what the band planned to open with. The night kicked off with a seething cover of the Kenny Rogers classic “The Gambler” and from there we were off and running. Hugh, Trent and Tim sounded tight, polished and aggressive. It was a potent showing for a band who really didn’t have anything to prove to anyone, that they are still one of the best live acts in the scene. Their brash, blues-soaked hard rock is immediately accessible, but the moment that Dillon breaks out the harmonica, you are hearing something special, it puts a unique spin on the band’s sound. Hugh wasn’t interested in being placed on a pedestal and performing to his fans, you got the impression that he just happened to be the guy on stage with the microphone, and at times took off for a jaunt among the Haligoons in attendance. At one point, Dillon climbed atop the bar to the left of the stage, and later in the show he waded out well past the merch booth to check out what was going on by the pool tables, and on his way back, broke into an homage to his pals in that other Kingston band by belting out some of “New Orleans is Sinking”.

It was a great night to be at the Marquee amongst a loyal group of Headstones fans. I first discovered the band by way of their tune “Marigold”, and from there I got into those aforementioned hits, and caught the tail end of the band’s set at Edgefest back in 2000, in Barrie, Ontario.  This was essentially my first true Headstones show, and it was fucking glorious, it was everything I could have hoped for.  Now, I’ll be waiting to see when I get a chance to see the band again. 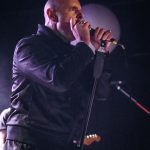 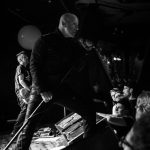 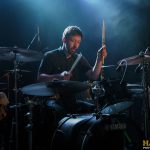 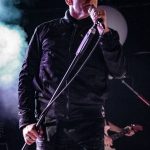 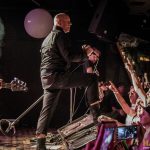 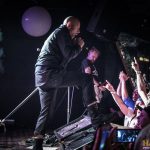 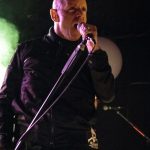 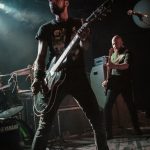 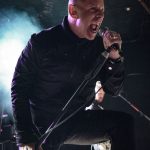 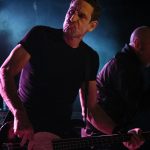 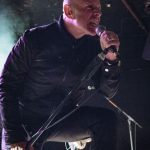 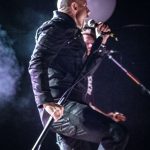 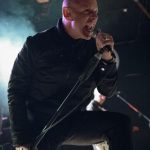 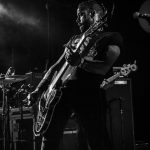 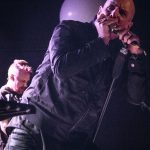 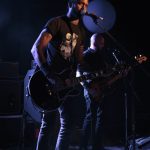 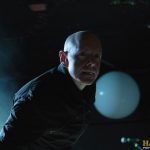