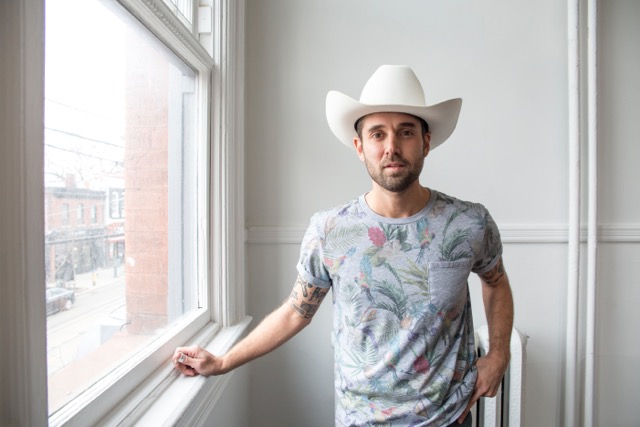 Honky Tonk Blues with Ryan Cook & John Campbelljohn returns to the Marigold Theatre in Truro, Wednesday, Aug 9. Tickets are $30, and can be purchased here.

During the month of August into September, Ryan will return to the studio at New Scotland Yard with Thomas Spacer and Charles Austin, to record a new album. Ryan’s off-stage travels “snowbirding” in the winter months have helped put a coastal spin on the characters in his latest collection of songs. On his fourth studio album, Ryan will explore the lighter side of highway romance, van life, and tropical landscapes -from a uniquely Canadian perspective.

Blending the nostalgia of classic country music with modern sensibility, Ryan Cook has developed a progressive sound that fuses both the traditional and the innovative. Drawing on the enduring sounds of western-swing, bluegrass, country, and folk, Ryan’s songbook is a deeply appreciative homage to the pioneers of hillbilly and folk music.

Halifax born, Ryan Cook was raised in a large dairy-farming family on the southwestern tip of Yarmouth, Nova Scotia. Running fast from the expected clichés of cowboy culture, he began singing and writing in punk rock and death-metal bands as a teenager, helping shape a popular south-shore music scene with artists Brian Borcherdt (Holy F*ck) and Paul Murphy (Wintersleep).

In college, Ryan apprenticed as a student music-therapist at Yarmouth Regional Hospital where he rediscovered the familiar sounds of vintage Country/Western music. He later began performing as a country act, winning 2008 Country/Bluegrass Album of the Year at the Music Nova Scotia awards with his debut album Hot Times. In 2009, came a spot on the legendary WSM radio station (broadcaster of the Grand Ole Opry) in Nashville, TN when a song he submitted caught the eye of the station producer. This opportunity led him to record a full length album in the famed ‘Music City’, including guest appearances from top shelf musicians such as Alison Brown and Lloyd Green. The resulting album, Peaks and Valleys (2010), while rooted in a new interpretation of old-country aesthetics, landed in the mainstream country market, racking up many accolades and awards. Still, the commercial country world was not where Ryan would find his musical home.

On Wrestling with Demons (2013) returning to his Atlantic roots, Ryan recorded a folk-tinged album in Nova Scotia with J.P. Cormier, the surviving members of Hank Snow’s Band (The Rainbow Ranch Boys) and Scott Ferguson as co-producer. Critically acclaimed, this album was also nominated at the ECMA & Music Nova Scotia Awards in 2013, winning the latter award for Country Album of the Year. Wrestling with Demons entrenched Ryan’s position as a songwriter force to be reckoned with in the East Coast music scene, earning him spotlights at key festivals and venues throughout Canada.