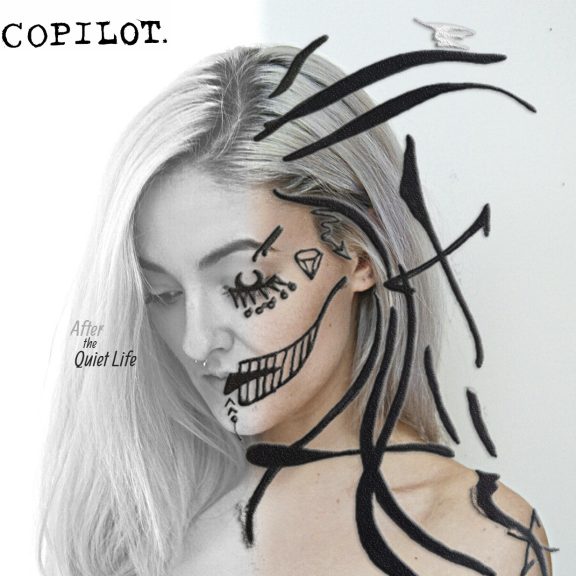 Local three piece CoPilot have dropped their debut EP, and much to the pleasure of rock ‘n’ roll fans, this album checks a lot of the rock ‘n’ roll boxes. Whatever your flavour is, there’s something for you. Whether it’s Brad’s airy guitars turned screeching solo machine, Robbie’s heavy hitting bass lines, or Neil’s chest pounding drumming, it’s easy to say you won’t find an Eagles cover in their set.

Their 7-song EP takes you through a mishmash of feelings, all of which are rooted in grungy rock flair. “After the Quiet Life” is kicked off with a song that shares the album’s name. It doesn’t give listeners any time to let them mistake the album for something by Enya. Distorted guitars, a voice filled with bravado, a running bass line, and drumming that might have been recorded on a number of cymbals due to impact failure, start you off on the road to rock.

The following two tracks are my back to back favourites. “In the Driver’s Seat” and “Shotgun” flow seamlessly into one another, and rock equally as hard. Their riff rock undertones rise to the forefront, and their talents as individual musicians are thrown into the spotlight. A heavy jam serves an interlude in the latter, and allows everyone to strut their stuff as individual talents.

The album then takes a trip to the slow side for a musical interlude, and is followed up with a darker side of the band with “Sounds and Shapes.” A couple of slower numbers close out the album. Though slower, the boys manage to keep their grit and not show a sappy side.

If Lit (the band, not the adjective) were still around, and continued to make music that wasn’t solely made for raunchy rom-coms, then you may be led to CoPilot. There are hints of Soundgarden, Stone Temple Pilots, and Audioslave in their sound, but they manage to differentiate themselves enough so they don’t sound like a cover band.

Check these guys out at their Bandcamp, on Facebook, Spotify, or wherever else you get music!

Also, get out to see them at the Carleton Thursday, July 20, 2017, with Dayliner, and friends of the site Hello Delaware.