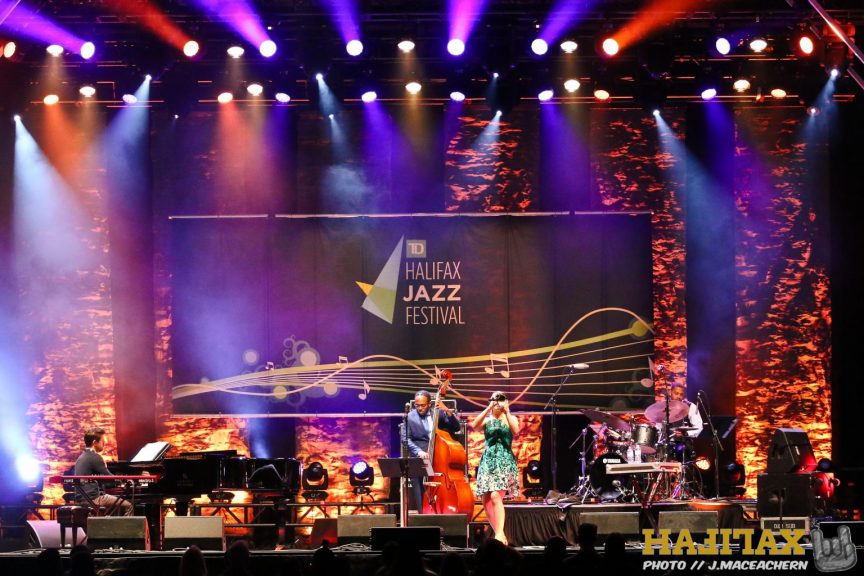 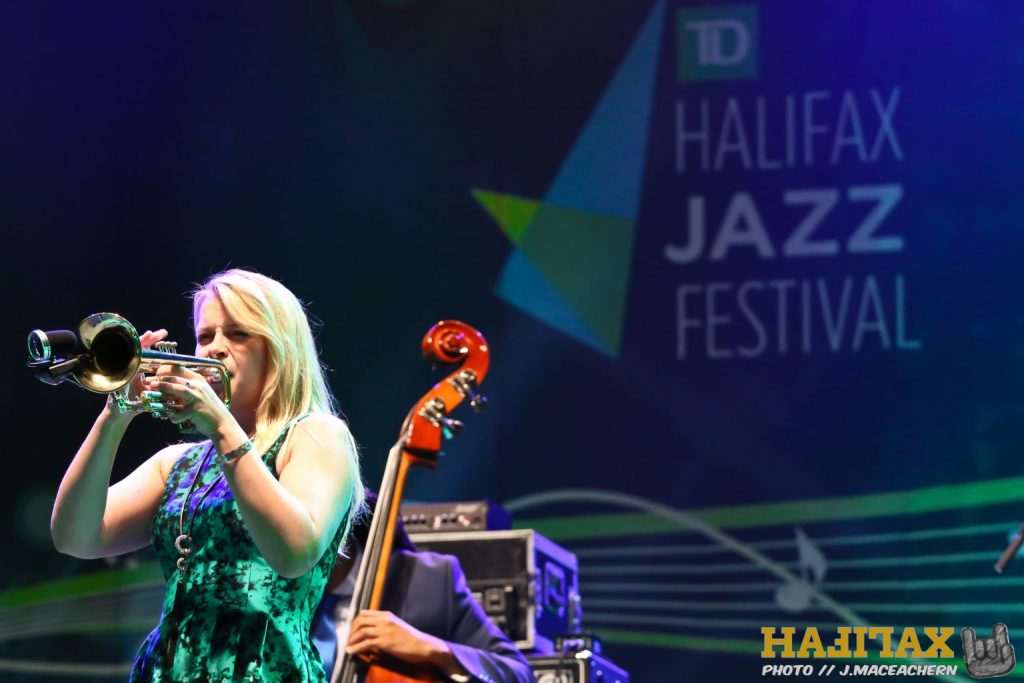 On a night where one artist wasn’t announced until late, and the headliner was far from a household name, the second evening of the TD Halifax Jazz Festival turned out to be quite the success. For the Thursday night festivities, the solid concrete dance floor, that we’ve been so accustomed to, was transformed into a more formal seated area for those in attendance. With the lineup consisting of Alana Yorke and Bria Skonberg, this transformation would prove to be the appropriate decision. 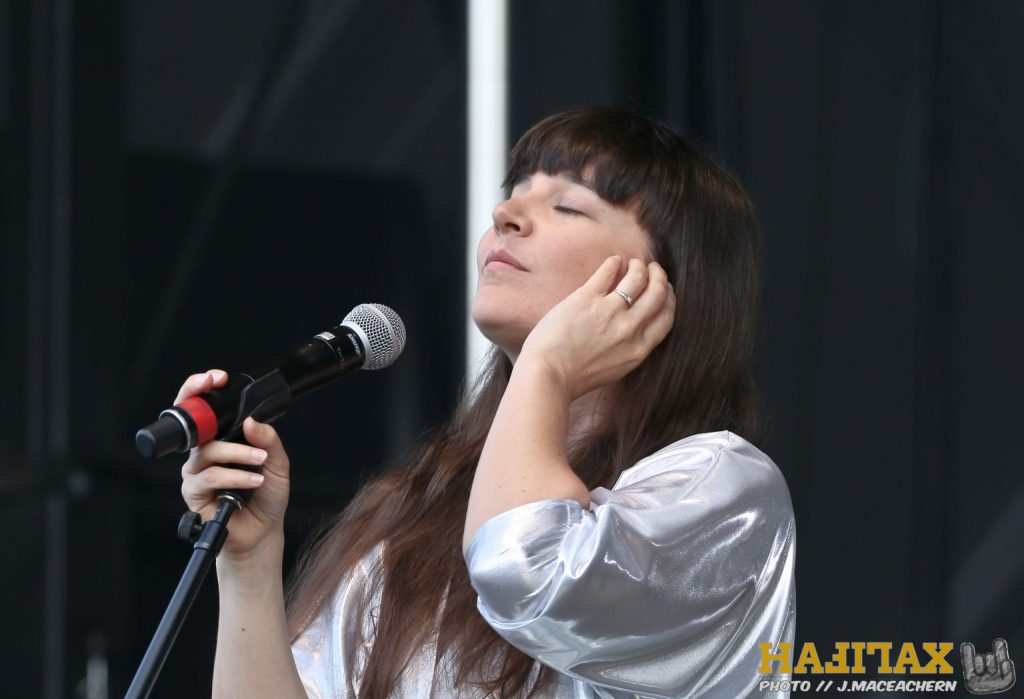 The last artist to be added to this year’s festival turned out to be none other than Halifax’s own songstress Alana Yorke. Taking to the stage looking more along the lines of a space age goddess, Yorke’s set, although only 45 minutes, had a feeling similar to finding yourself involved in a hypnotic dreamlike state. Her airy vocals (think along the lines of Enya) and synth driven sound lured all in attendance into her enchanted musical journey.  With it being my first time witnessing Alana perform, I walked away wishing I had been able to sit and enjoy more of the mystical sounds coming from the stage. 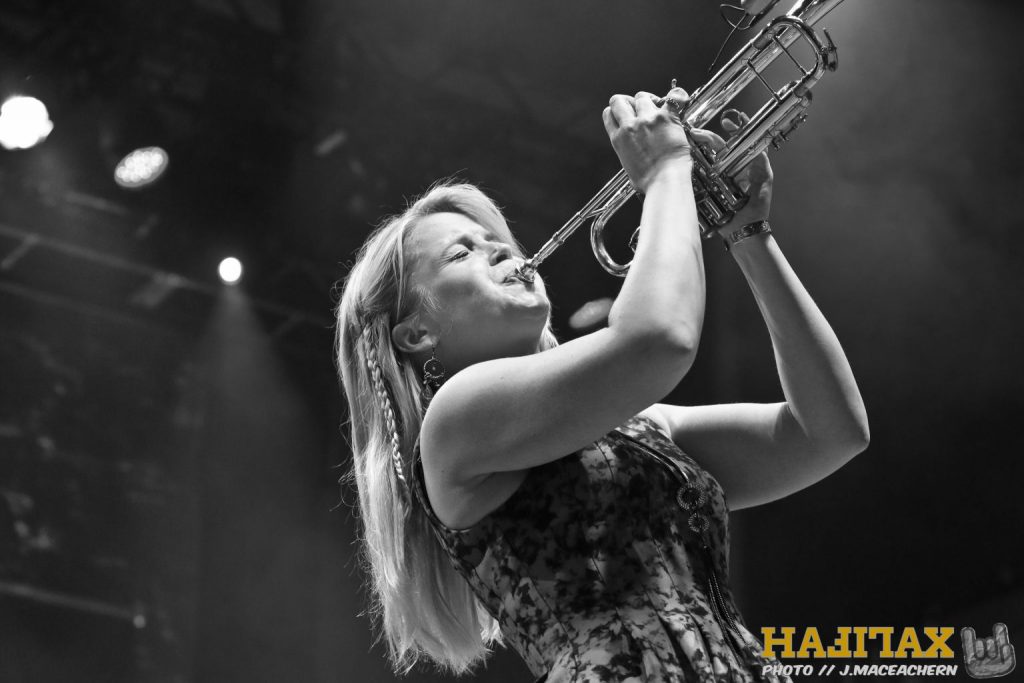 The headliner of the evening, Bria Skonberg, could very well have been the least known artist to perform during this year’s festival. With that being said, those who were able to dive into the unknown were treated to a clinic on how jazz music should be played. Taking to the stage with Darrian Douglas on drums, Chris Pattishall on keys, and Corcoran Holt on bass, this well-oiled quartet were the exact definition of professional. Although extremely tight and precise, this troupe were still able to improvise on the spot while swinging from one song to the next; and while the backing band were essentially flawless, it was lead woman Bria Skonberg who stole the show. With her trumpet in hand and playful personality in tow, this Canadian gal was not only the lead vocalist and soloist, but she would also play the part of conductor for the entirety of the show. I might not have known who Bria Skonberg was heading into the evening, but there is no doubt that I won’t be forgetting her anytime soon.